STAGEStheatre, Orange County’s longest running storefront theater has been entertaining audiences with a wonderful wide range of shows of all kinds for nearly 28 years; but, surprisingly, this is STAGES first venture into the world of Dame Agatha Christie. 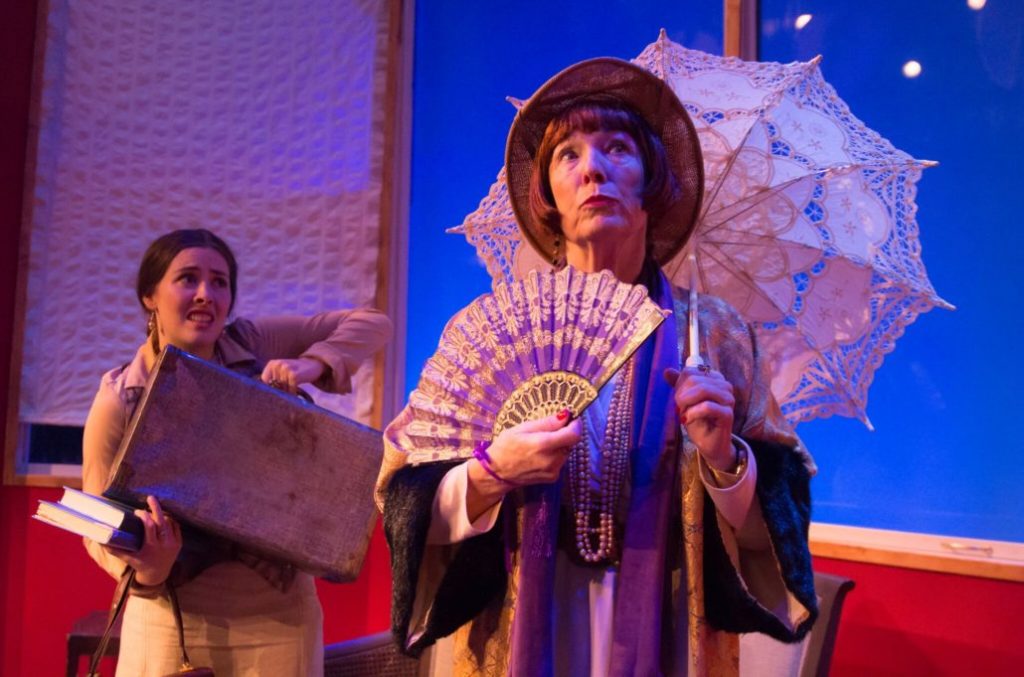 Coincidentally, some of these folks are not strangers to each other, and Christie drip feeds these connections to the audience throughout the play. Tossing in the element that something terrible is afloat, the recipe for one of the most delectable classic murder mysteries throughout time is continuing to ride the waves; so, when someone onboard is killed, a “floating” game of detective work ensues.

Brilliantly directed by Phil Brickey, Murder on the Nile is one of those intricate whodunits that has the audience playing a silent game of tag, while proclaiming “You’re it!” over again in one’s mind as one’s suspect list continues to dwindle; however, Christie continues to enthrall audiences with never-ending suspense until all is revealed.

Based on her 1937 novel, Death on the Nile, Christie made the interesting choice to replace Poirot with Canon Pennefather in this murderous tale of adventure. The performances are all spot on and the attractive London is delicious as one of those old biddies you love to hate. As the rejected lover, Jackie, Taylor-Gable is brilliant at navigating the vast array of emotions, and Ingalls, as Pennefather the clergyman with the investigative mind keeps the storyline thread in check while keeping the audience always on its toes. Cook is dazzling as the socially inferior newlywed husband, and Carlos David Lopez’ portrayal of Smith, the cynical misfit, makes being out of place the place to be.
The solid cast is convincing and draws the audience in with truly engaging performances; however, there is something to be said about dialects. Most of the cast members nail their English accents; however, there is one emulating an Eastern European accent that unfortunately is not easily understood.

Although this play is taking place during our winter season, it’s mighty hot onstage as the action heats up and the tension rises. That brings me to Pat Mannion’s unique set design which includes some large imposing bamboo-like fans strategically centered above the action adding to the ambiance of a small theater’s trip down the Nile. Through February 10th.