A Summary of the Mueller Report Part 3: Russian Contacts with the Trump Campaign

The following is the third in a series of articles that will summarize the “Report on the Investigation into Russian Interference in the 2016 Presidential Election” (aka The Mueller Report). In Part 1, we looked at the ways in which the Russians used social media to influence the election. In Part 2, we looked at ways in which the Russian government carried out “hacking” operations to further influence the election. In this part, we’ll look at various contacts between Russians and the 2016 Trump campaign.

Following the release of the Mueller Report, Donald Trump has repeatedly stated the mantra “No Collusion.” This has had the unfortunate effect of convincing some folks that there were no meaningful contacts between various Russians and the 2016 Trump campaign.

Although Mueller concluded that there was insufficient evidence to charge Trump or campaign officials with a criminal conspiracy (“collusion” is not a legal term), the Mueller Investigation documents dozens of contacts between various Russians and Trump campaign officials. Additionally, Mueller ended up charging many of these folks with lying to congress and the FBI regarding these very contacts.

In short, the truth about Russian contacts with the Trump campaign is a lot messier and more disturbing than the president would have us believe. In this article, I’ll summarize some of the significant contacts between the Trump campaign and various Russians, which are documented in the Mueller Report.

The report states: “The social media campaign [discussed in Part 1 of this series] and the GRU hacking operations [discussed in Part 2 of this series] coincided with a series of contacts between Trump campaign officials and individuals with ties to the Russian government. The Russian contacts consisted of business connections, offers of assistance to the campaign, invitations for candidate Trump and Putin to meet in person, invitations for campaign officials and representatives of the Russian government to meet, and policy positions seeking improved US-Russian relations.”

During his 2016 campaign, President Trump stated that he had no business connections to Russia. In fact, according to Mueller, the Trump Organization was pursuing a project in Moscow (often called Trump Tower Moscow) well into the summer of 2016—the height of the campaign.

The main negotiators for this project were Donald Trump Jr. and Trump lawyer Michael Cohen. 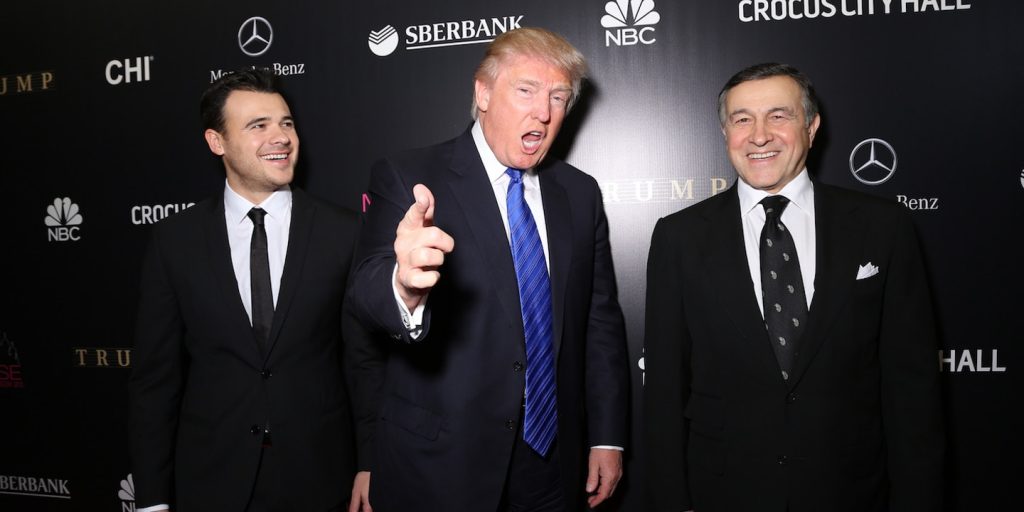 Donald Trump with Aras and Emin Agalarov at the 2013 Miss Universe Pageant.

From 2015-2016, Michael Cohen spearheaded the project “including by reporting on the project’s status to candidate Trump and other executives in the Trump Organization,” according to the Mueller investigation.

In 2015, Cohen began communicating with Felix Sater, a Russian-American mobster, felon, and real estate advisor regarding the Moscow project, as Sater had numerous Russian contacts and had previously worked with the Trump Organization. On November 3, 2015, Sater e-mailed Cohen, suggesting that Trump Tower Moscow could actually help Trump get elected. The e-mail states:

“Buddy our boy can become President of the USA and we can engineer it. I will get all of Putins team to buy in on this, I will manage this process…Michael, Putin gets on stage with Donald for a ribbon cutting for Trump Moscow, and Donald owns the republican nomination. And possibly beats Hillary and our boy is in…We will manage this process better than anyone…You and I will get Donald and Vladimir on a stage together very shortly. That the game changer.” [sic] 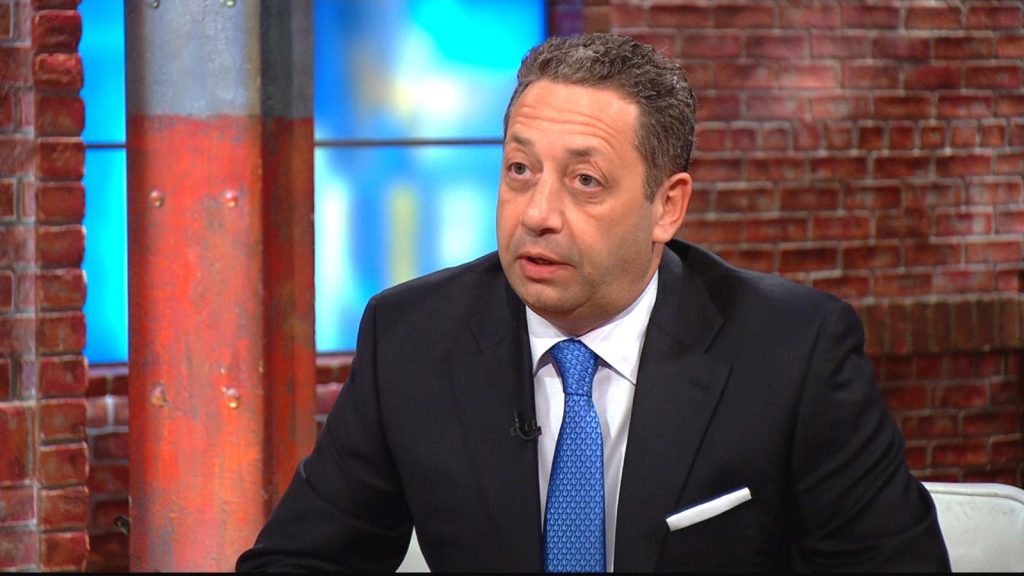 In January 2016, Cohen directly emailed the Russian government’s press secretary Dmitry Peskov indicating that he wanted to get in touch with Sergei Ivanov, Vladimir Putin’s chief of staff, regarding the project. Cohen continued to pursue the project into late June 2016. In November 2018, Cohen pleaded guilty to lying to congress, as well as other criminal charges.

George Papadopoulos was a foreign policy advisor to the Trump campaign from March-October 2016. In April, a London-based professor named Joseph Mifsud, who had numerous Russian contacts and had just returned from Moscow, told Papadopoulos that the Russian government had obtained “dirt” on candidate Clinton in the form of thousands of emails.

Among Mifsud’s contacts was an employee of the IRA, the Russian company that carried out the social media campaign discussed in Part 1 of this series. According to Mueller’s report, while Papadopoulos was working for the Trump campaign he “worked with Mifsud and two Russian nationals [Olga Polonskaya and Ivan Timofeev] to arrange a meeting between the campaign and the Russian government.” 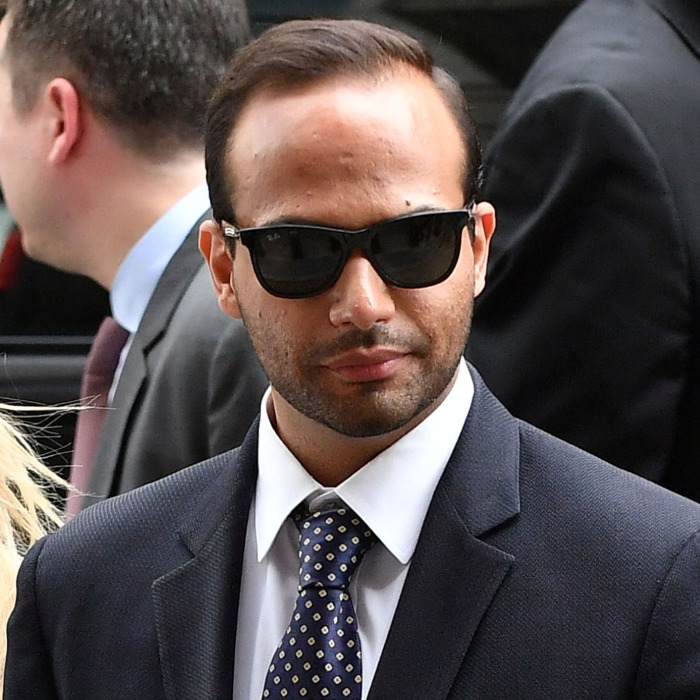 Trump Campaign foreign policy advisor George Papadopoulos was arrested in 2017 and pleaded guilty for lying to the FBI about his Russian contacts.

According to Mueller, “Papadopoulos and Timofeev had multiple conversations over Skype and e-mail about setting ‘the groundwork’ for a ‘potential’ meeting between the [Trump] campaign and Russian government officials.”

Papadopoulos also had contacts with Russian diplomats Dmitry Andreyko, Yuriy Krasilnakov, and Sergei Nalobin, an official with the Russian Ministry of Foreign Affairs.

While maintaining these contacts, Papadopoulos kept other campaign officials (like Stephen Miller, Paul Manafort, and Corey Lewandowski) apprised of his efforts.

In late April, “Papadopoulos suggested that the Trump campaign had revealed indications from the Russian government that it could assist the campaign through the anonymous release of information that would be damaging to Hillary Clinton.”

Ultimately, the meeting between Trump and Russian officials didn’t happen, probably because campaign chairman Paul Manafort decided that “it should be someone low level in the campaign so as not to send any signals.”

Papadopoulos was fired from the Trump campaign in October 2016 after he gave an interview to the Russian news agency that generated bad publicity.

Papadopoulos was arrested in 2017 and pleaded guilty for lying to the FBI about his Russian contacts.

Carter Page worked for the Trump campaign from January to September 2016 as a foreign policy advisor.

Prior to this role, Page had lived and worked in Russia. From 2004 to 2007 he was the deputy branch manager of Merrill Lynch’s Moscow office and worked with the massive Russian energy company Gazprom.

From 2008 to at least 2015, Page had contacts with Russian intelligence officers Alexander Balatov and Victor Podobnyy.

In April and July 2016, while working for the Trump campaign, Page travelled to Moscow two times. According to the Mueller report, “Page’s activities in Russia, as in his e-mails with the campaign, were not fully explained.” 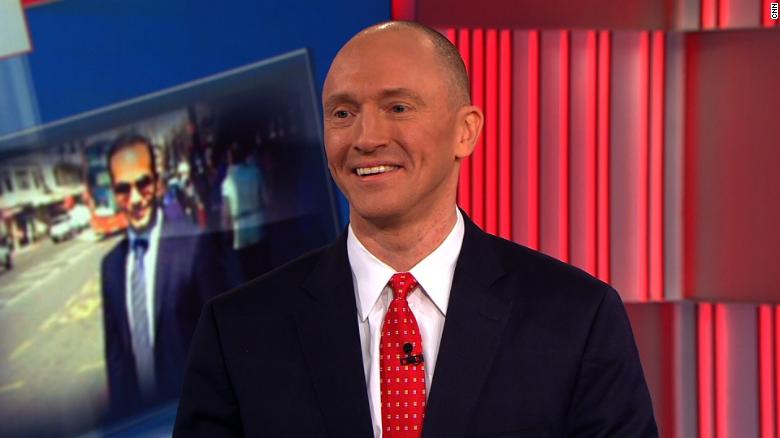 While serving as foreign policy advisor to the Trump campaign, Carter Page travelled to Moscow twice in 2016.

In September 2016, after US news outlets reported that US intelligence officials were investigating “whether Page had opened private communications with senior Russian officials to discuss US sanctions policy under a possible Trump administration,” a campaign spokesman told Yahoo! News that Page had “no role” in the campaign.

On September 24, 2016, Page was formally removed from the Trump campaign.

Stay tuned for Part 4 of this series in which we summarize more contacts between the Trump campaign and Russians.

Listen to Mueller Report free on audio at www.muellerrportaudio.com