Writer/director Richard Linklater, described as “one of the first and most successful talents to emerge during the American independent film renaissance,“ still works outside mainstream Hollywood. A Texan, Linklater built his own studio and sound stage near Austin, Texas, and a sampling of his films reflects his diverse sensibility: “Boyhood,” “School of Rock,” and the trilogy beginning with “Before Sunrise.”

He chose an unusual novel on which to base his new movie. Maria Semple’s epistolary novel “Where’d You Go, Bernadette” consists of letters, e-mails, medical bills, and FBI documents, all requiring deft adaptation on Linklater’s part. Another challenge in bringing “Bernadette” to the screen was making the leading character likeable. The former recipient of the MacArthur Genius Award for architecture, Bernadette is now in a creative slump, making her both irritating and irascible much of the time.

Helping Linklater rise to this challenge is Cate Blanchett, so gifted an actor that she can create screen magic. Her Bernadette has, in the past, designed several award-winning homes in Southern California, one of which is called the Twenty-Mile House because all of the structural materials originated within 20 miles of the building site. Another house has featured creative use of recycled materials, such as eyeglass frames.

But Bernadette, now living in Seattle with her husband, Elgie (Billy Crudup), and 13-year-old daughter, Bee (Emma Nelson), has not adapted well to the move. Elgie is a star at the nearby Microsoft Headquarters, where he is designing a brain-computer interface, and Bee has completed a middle school for the gifted, where she earned top grades. The family lives in an old, turn-of-the-century mansion, which even Bernadette has trouble maintaining as it develops leaks in a city where rain is almost a constant.

Even in this dark, damp climate, Bernadette wears large sunglasses, which serve as a screen between her and the rest of the world, especially her next door neighbor, Audrey (Kristin Wiig), who wants her to trim back the wild raspberries invading both their properties. The other parents at Galer Street School are equally annoying to Bernadette with their continual fund-raising and their “Seattle chic” social gatherings.  Mostly Bernadette finds solace in her affection for her daughter and in using the convenience of her “virtual” assistant, Manjula Kapoor, in India.

Having been promised a reward for earning top grades at Galer, Bee has asked her parents for a family trip to Antarctica. Relieved that she has not asked for a pony, Elgie and Bernadette reluctantly agree to this journey. At this point, the movie takes on both suspense and wonderment, as this land of ice and snow and dedicated scientists affects the lives of all three of them.

The title of the film has a double connotation both in the spiritual separation that Bernadette makes from the world around her and in the actual separation that occurs within the plot of the story.  But with all of her idiosyncrasies, Blanchett’s Bernadette remains a multi-layered character, who continues to engage us and to enlist our sympathies. Helping Blanchett do this are Crudup, Nelson, and Wiig, all perfect in their supporting roles. 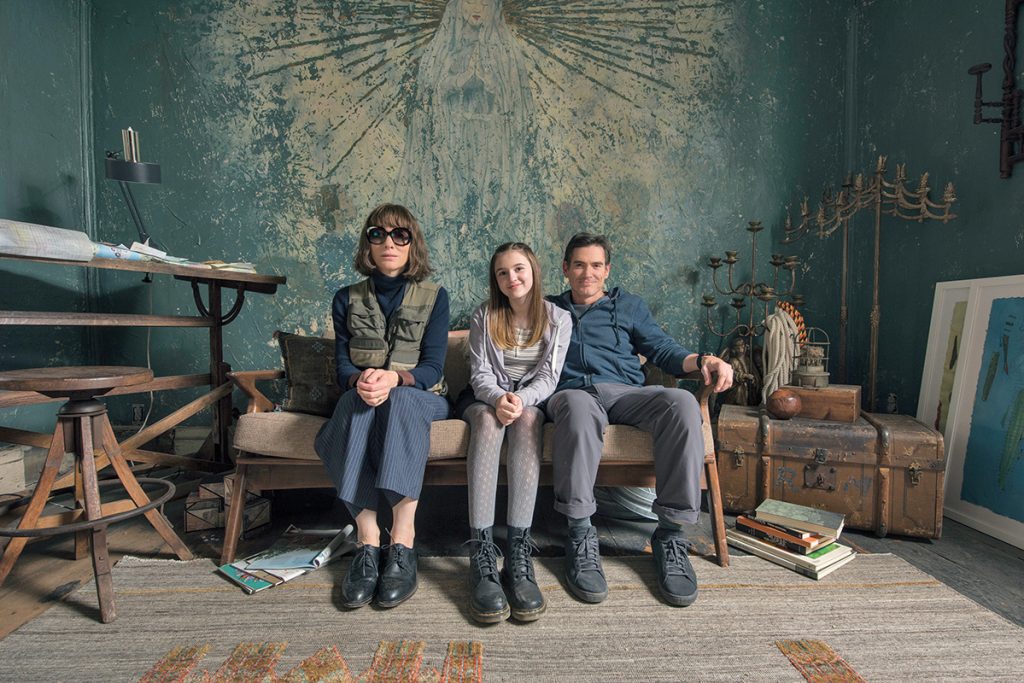