Fullerton City Council voted 5-0 at their November 15 meeting to approve a “memorandum of understanding” (MOU) between the City of Fullerton and the Orange County Korean War Memorial Committee (OCKWMC) regarding their request to place a Korean War Memorial at Hillcrest Park adjacent to the Duck Pond (near Brea Boulevard and Harbor Boulevard). 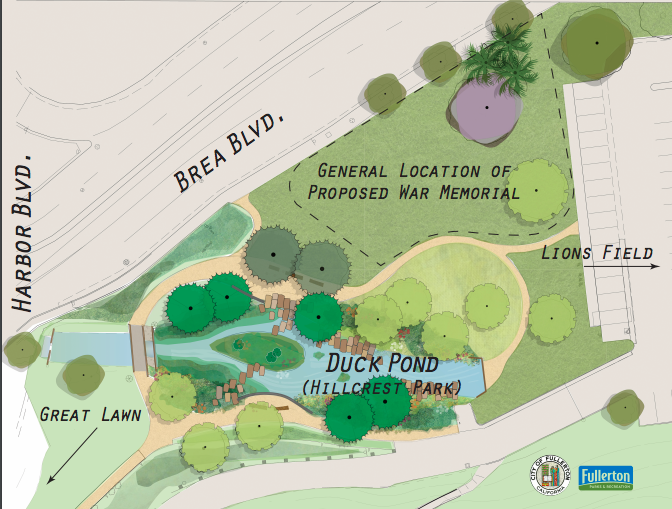 City staff will work with OCKWMC to develop a concept plan and terms for the proposed memorial, and will return to City Council at a later date for approval of these items and possible award of construction for the memorial site.