With Fullerton elementary and junior high schools set to open October 13, the COVID-19 pandemic continues to infect thousands across the country and locally. 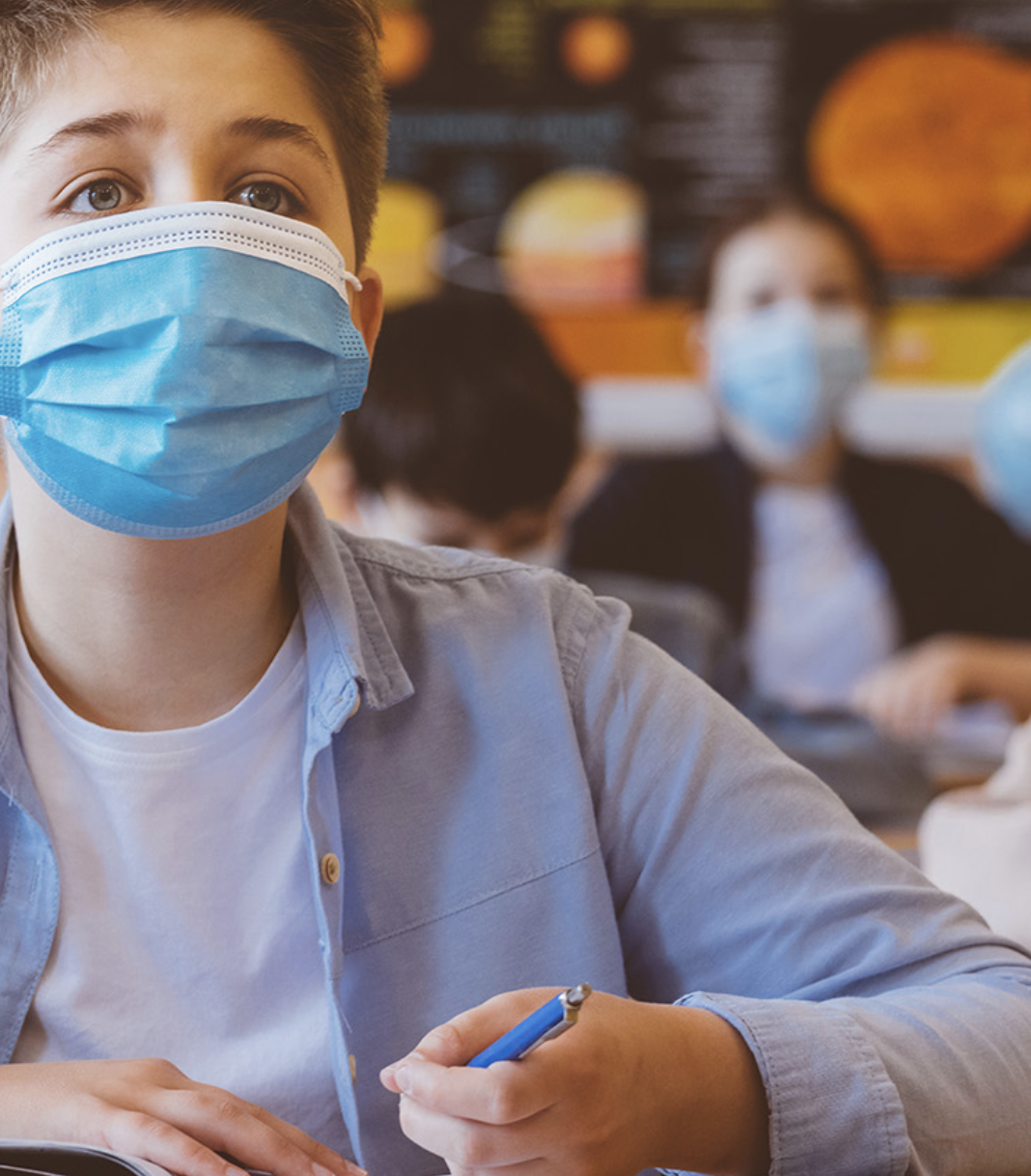 At least a million people have died from COVID-19 worldwide; over 200,000 of them in the United States. Since the first case was discovered in California in January, nearly 16,000 of our State’s residents have succumbed to the virus, with 1,275 of those deaths in Orange County, and 68 in Fullerton. Twenty-two of the people who died in Fullerton were in skilled nursing facilities (SNFs). Cumulatively, 2,522 cases have been recorded in the City since the pandemic began early this year; 54,357 in Orange County. Each day Orange County’s Health Care Agency (HCA) releases numbers of new cases and deaths on its web site.

The site specifies numbers of cases and deaths in the city of Fullerton by its 4 ZIP codes. On October 1 the breakdown was as follows:

Recorded cases among Fullerton residents age 0-18  by ZIP code are as follows: 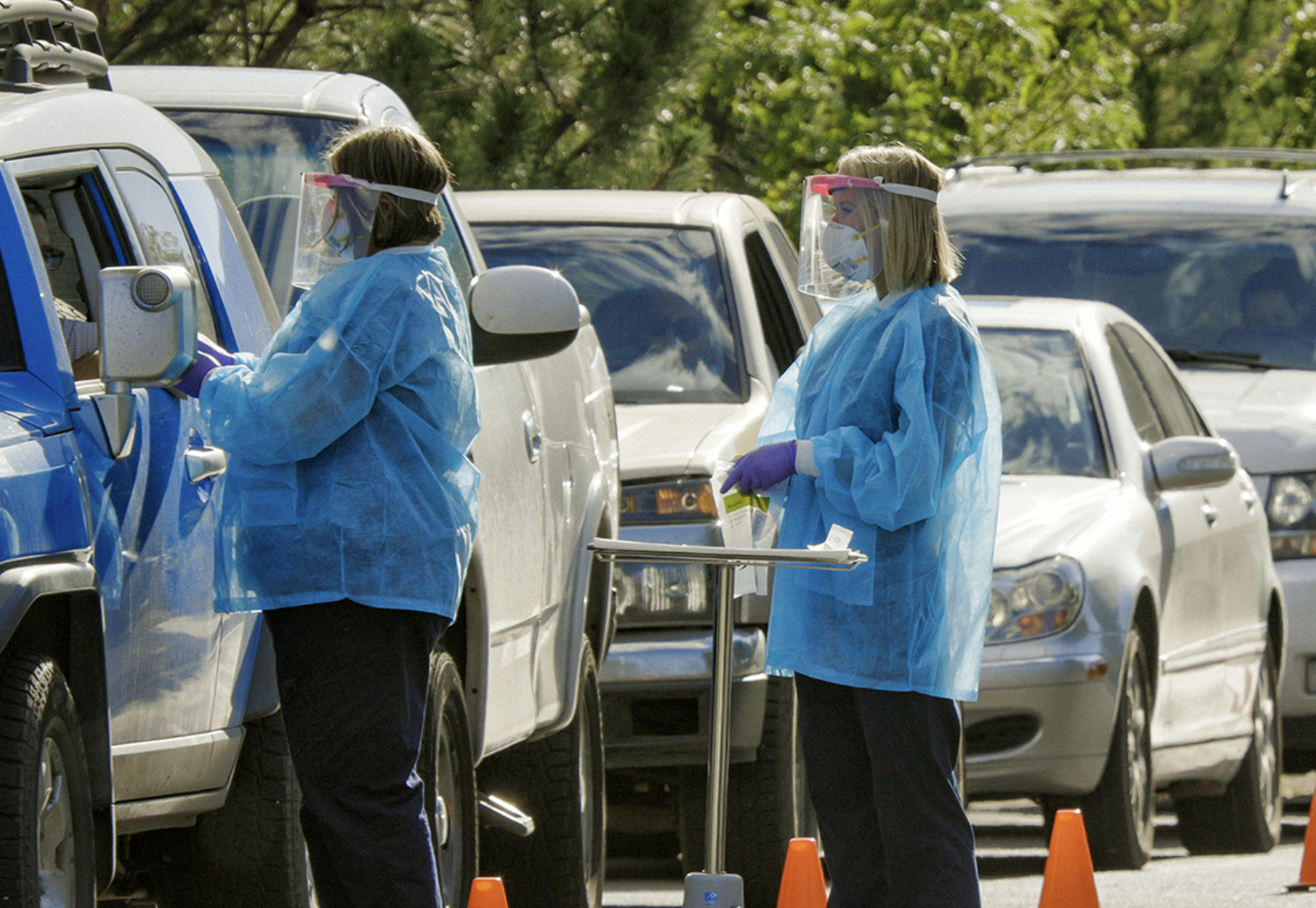 Drive-thru COVID-19 testing at a “supersite” at the Anaheim Convention Center.

On September 22 the State allowed schools in Orange County to open without having to apply for waivers. Districts throughout the County have taken different approaches to beginning in-person learning for students. The OC Healthcare Agency has elected not to publicize COVID-19 cases by school or district on its website, citing privacy concerns because those affected might be students who are minors (neighboring Los Angeles County does list school outbreaks). Some districts, including Irvine Unified, are listing cases by school, but it is unclear if others in the County will follow suit.

Fullerton Observer reporter Francine Vudoti recently conducted a survey which found that Fullerton teachers are split on the question of returning to in-person teaching. Currently, students and parents have the option to choose between in-person instruction, distance learning, or a hybrid of the two.

School districts are required by the State to post reopening plans. OC Health Care Agency officials stress that the plans should not be thought of as static, but will instead respond and update according to the needs of the schools as conditions change.

OCHCA has contracted with Children’s Hospital of Orange County and the University of California, Irvine to form a school response team overseen by Dr. David Nunez of HCA. The ten-person team includes 6 nurses, and can be scaled up or down in number as needed. The school response team’s purpose includes assisting districts in helping schools to reopen, and helping them with the State’s required plans as necessary. Districts are supposed to be able to provide critical information to parents, such as who might need to self-quarantine after having come into contact with a student or teacher who tested positive, in a timely fashion. The team’s investigators respond within 24 hours to any case in the County, whether public school or private.

HCA’s Dr. Matt Zahn reports that no outbreaks, defined as transmissions occurring at a school, have yet occurred, but individual cases have, where a student or teacher became infected with the coronavirus in another setting but was subsequently present in a school situation. Asked during an October 2 news conference why schools aren’t routinely testing students, Dr. Zahn said that tests would need to be administered at least twice per week to benefit a large group like a school population, and that quickly responding to individual cases remains best. County health officials urge parents not to send students to school if they show any symptoms of illness.

Both hospitalizations and deaths have steadily decreased since spiking in July, but there has been a recent increase in cases in California. It is thought that Labor Day activities may be responsible, but also that the virus is “broadly in the community.” County CEO Frank Kim emphasizes that the number of increased cases is around 30 per day among the County’s 3 million plus residents, and that there has been no dramatic rise among college students (CSUF has reported 20 cases). Dr. Zahn said on Oct. 2 that recent deaths are a lagging indicator of a surge in illnesses months ago, and not the most recent increases in reported cases. On that day hospitalizations throughout the County numbered 175, with 48 of those people in Intensive Care Units (ICUs).

Relatively slight as it may be, the recent increase in test positivity cases kept the County from moving from the second most restrictive tier in the State’s reopening matrix to the third most restrictive. County officials had voiced confidence that following OC’s progression from the Tier 1 (Purple), characterized by “Widespread” presence of COVID-19 to Tier 2 (Red), “Substantial” presence weeks ago, the County was on track to move into Tier 3 (Orange), or “Moderate.”  Progressing through the color-coded tiers allows counties to open more and more businesses and public places. Had the Orange County been allowed to move into the Orange Tier, restaurants would have been able to serve more customers and other venues like movie theaters, gyms, and churches would have been allowed to expand the number of people inside at one time. 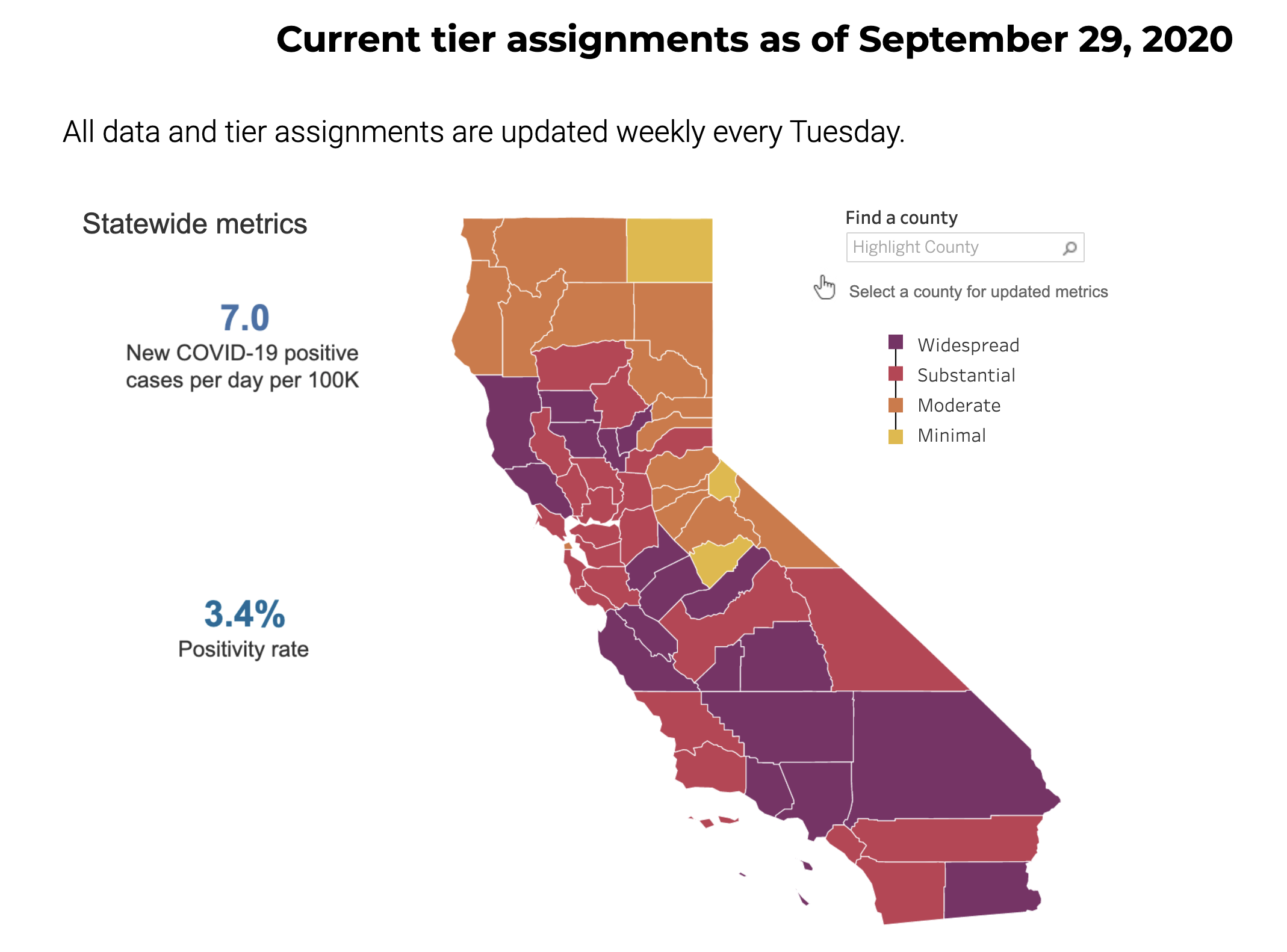 No county south of Mono in the central latitude of the State has yet progresses to Tier 3 (Orange). Los Angeles remains in Tier 4 (Purple).

To provide stability to the reopening, counties must maintain test positivity rates and numbers of reported cases per 100,000 residents for a period of 3 weeks prior to moving into a less restrictive tier. OC’s case rate has recently hovered around the threshold between the Red and Orange Tiers.

“The slow and stringent guidelines of the tiered framework will help us to reopen as safely as possible for our children and for our community at large,” Dr. Margaret Bredehoft, Deputy Agency Director, Public Health Services announced on Oct. 2. She urged residents to remain vigilant about practicing preventative health measures such as social distancing, mask wearing in public, avoiding mixing of households, and washing hands frequently. “We need to have a collective resolve to do this together,” she said. She added that residents can visit www.ochealthinfo.com to find out where they can get a flu shot, which is considered a critical action to help prevent hospitals from being overwhelmed by a confluence of serious cases of influenza and COVID-19 at the same time. HCA is offering flu shots as an injection or mist form at family health clinics. Call 1 (800) 914-4887 for an appointment.

The State is allowing playgrounds and other outdoor recreational facilities to open. State guidelines for use of such facilities reiterate the need for social distancing, mask wearing for anyone over the age of 2, and avoiding mixing individuals from different households. “It is encouraged that we minimize our time at the playground and do not bring food and drinks to the playground area,” Dr. Bredehoft said. The State has not yet allowed skate parks to open.

Disneyland’s theme parks remain closed, although the company’s parks in Florida and in other countries are open. Assembly Member Sharon Quirk-Silva (Fullerton), whose district includes Knott’s Berry Farm and borders Disneyland, appealed to Gov. Newsom to reopen the State’s theme parks in an official letter co-signed by a bipartisan dozen of the County’s State Assembly and Senate delegation. Quirk-Silva’s September 28 letter argues that the parks have developed “comprehensive plans that include capacity reductions, thorough health and safety protocols, and park-wide modifications” to help ensure the safety of guests and staff, and that news stories make it “obvious that outbreaks simply aren’t being traced back to” theme parks open in other parts of the country.

The letter complains that plans for reopening theme parks were not included in the State’s Blueprint for a Safer Economy, and requests guidance from Newsom’s office to help the parks “reopen soon for the good of our constituents.” Disneyland is located within one of the highest ZIP codes of COVID-19 transmission in the County, prompting the launch of the Latino Health Equity Initiative months ago. County CEO Frank Kim, who has also written a letter to Gov. Newsom advocating for reopening theme parks, responded to concerns that another wave of COVID-19 and the approaching flu season could cause a spread of both diseases. Kim said he had personally toured Disneyland to review restaurants and queue lines and believes park management has done an “incredible” job addressing health issues.

Disneyland and Knott’s Berry Farm, both closed for 6 months—the longest closures in either park’s histories—draw patrons from diverse localities, near and far. If either park became a COVID-19 transmission point, the virus might not only spread to other patrons who could carry it back to their places of origin, but also to park staff who live nearby. Quirk-Silva’s letter comes just as Disney announced tens of thousands of layoffs, including several thousand at their Anaheim parks.

The State recently released a health equity metric as an element of its four-tiered Blueprint for a Safer Economy meant to address obvious disparities in the numbers of cases in different areas of counties. Orange County health officials point to OC’s Latino Health Equity Initiative, credited for reducing positivity rates in the hard hit areas of Anaheim and Santa Ana, as anticipating the State’s plans. “The goal is to address exposure in all communities, especially those disproportionately impacted by COVID-19 as a measure to protect all communities,” said Dr. Bredehoft, one of the officials standing in for County Health Director and Health Officer Dr. Clayton Chau, who, for the second week in a row was unavailable for questions from the press because of a reported scheduling conflict. Chau is said to be participating in conversations with the State about the possible reopening of the theme parks.