The innovative hybrid book publisher, Riverdale Avenue Books is releasing What I Learned from 50 Celebrities (By Screwing Up In Front of Them) by Farrell Hirsch chronicles the many lessons Farrell learned during his show business career from Justin Bieber to Stormy Daniels, and even Donald Trump.

Meet the author at the Muckenthaler Cultural Center on Tuesday, February 19 at 6:30 p.m. for a champagne reception and an exclusive book signing. The event is presented by the Muckenthaler Center Circle Guild and is free to the public.

The Muckenthaler is located at 1201 West Malvern Ave., Fullerton, CA 92833 Farrell Hirsch has launched multiple national radio networks, worked with the coaching staff of a major league sports team, executive produced star-studded awards shows, been the co-creator of high-tech startup, written a play that played at Lincoln Center, optioned a TV pilot to major production company, and now serves as the CEO of the Muckenthaler Cultural Center.

Hirsch was one of the people who founded The Ovation Awards, LA’s answer to The Tonys. Writing, producing, and lining up talent for those shows for seven years brought him into contact with stars like Charlton Heston, Annette Bening, Carol Burnett, Neal Patrick Harris, Stephen Sondheim, Nathan Lane, Danny Glover, Gwyneth Paltrow, Ben Stiller, and hundreds more.

He was hired to launch national radio networks, on SiriusXM. The first of these was taking on the inimitable task of turning the world’s most visual brand, Playboy, into something viable in the world’s least visual medium, radio.  The endless drudgery of having to spend countless evenings at The Playboy Mansion parties, of recording the likes of  Etta James to Elvis Costello at the Playboy Jazz Festival, having celebrities like Carmen Electra, Pitbull and Fleetwood Mac come into the studio, hanging at the Super Bowl with Warren Moon and Lil John was exhausting.  These are his stories… “While on the surface this book seems light and entertaining, when you read the entire book you can see how we can all learn from celebrities, both good and bad,” said Riverdale Avenue Books Publisher Lori Perkins. “This book certainly lets us see many of our pop culture icons in a new perspective.”

Downloads are available on Amazon, Barnes & Nobles Nook, iTunes, Kobo and wherever e-books are downloaded.*** For more information about this or other events at the Muck, visit www.TheMuck.org. 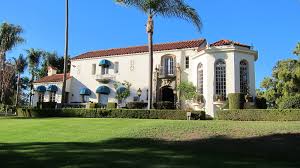