A grand opening and ribbon cutting ceremony for the newly-renovated Woodcrest Park took place on Saturday, December 14.  A large crowd of residents, community leaders, and families gathered to enjoy the new park. 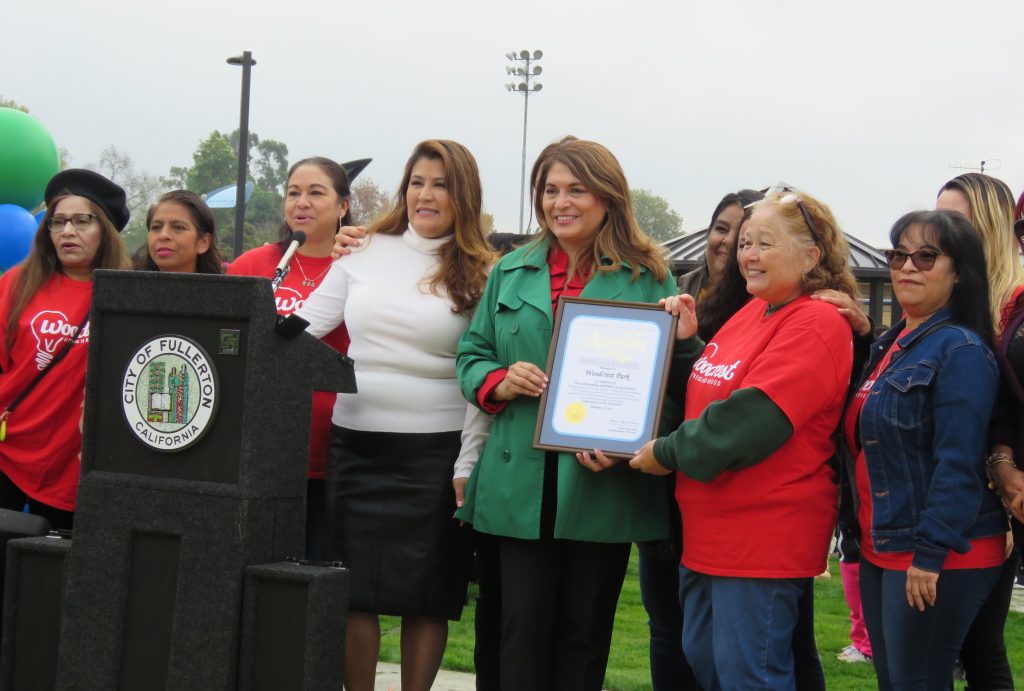 The renovation of Woodcrest Park began in 2013 with an initial meeting held with the Fullerton Women’s Club, the City, and members of the Woodcrest Community Leaders, a committee of concerned area residents looking to improve their neighborhood. That meeting kicked off a series of events and activities that culminated in a much-improved park.

“From our dream to reality, it has been six years, a long process that included many partners and supporters along the way,” Ilse Miranda from the Woodcrest Community Leaders said. “This park has a special place in our hearts—it is significant to our community because it is the result of hard work advocating for improvements in our neighborhood.” 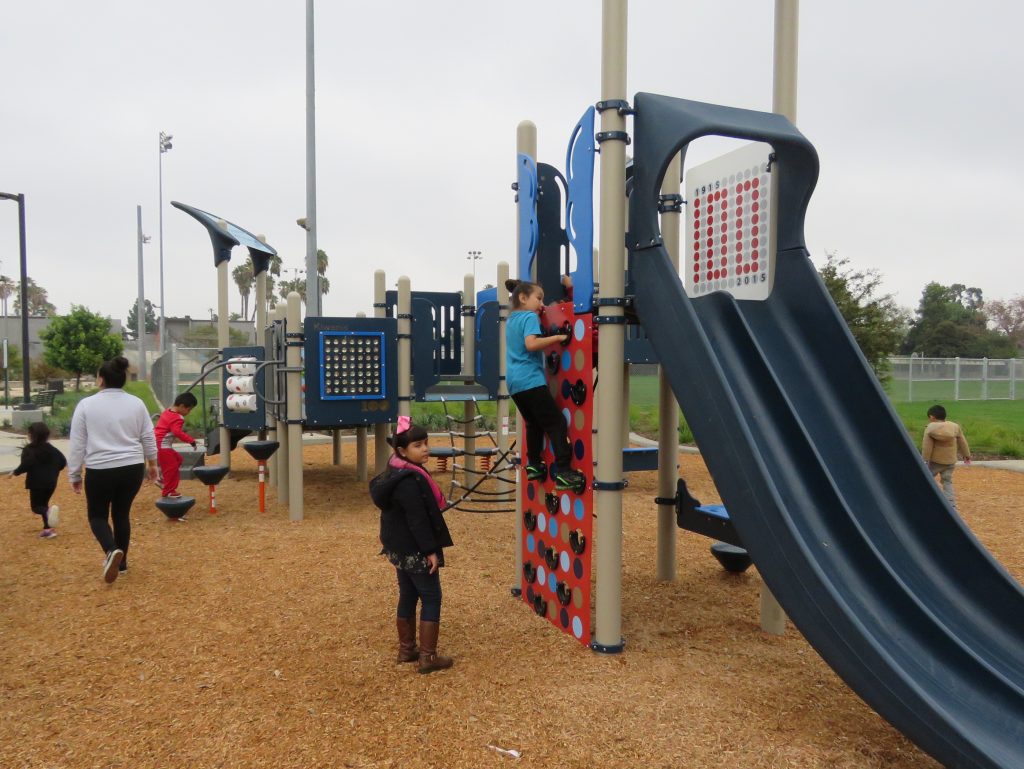 Mayor Jennifer Fitzgerald thanked the Woodcrest Community Leaders, which is largely composed of moms from the neighborhood.

“You women are incredible,” Fitzgerald said. “As a mom myself, when I see other moms taking their own neighborhoods into their hands and really fighting for positive change—you really inspire me.”

Fullerton Parks and Recreation director Hugo Curiel pointed out some of the community partners who contributed funds and resources to make the park improvements possible, such as Kiwanis International, who donated new play structures, and St. Jude hospital, who donated an outdoor fitness area. 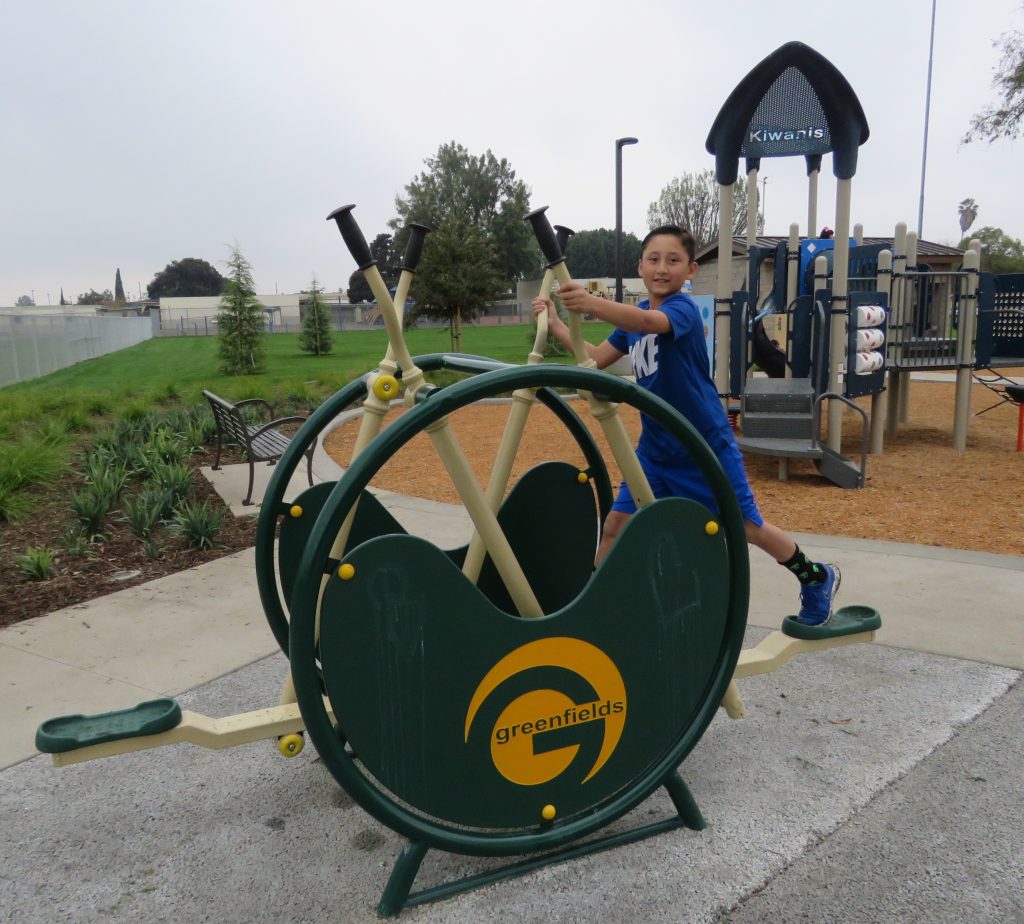 The state of California also contributed significant funding to the park, with grants totaling about $900,000.

State Assembly member Sharon Quirk-Silva stressed the importance of play and physical activity for children to be healthy.

“Research has shown that kids should be outside playing 4-5 hours a day, and we know that that’s not happening, so I think this is a great opportunity,” Quirk-Silva said. 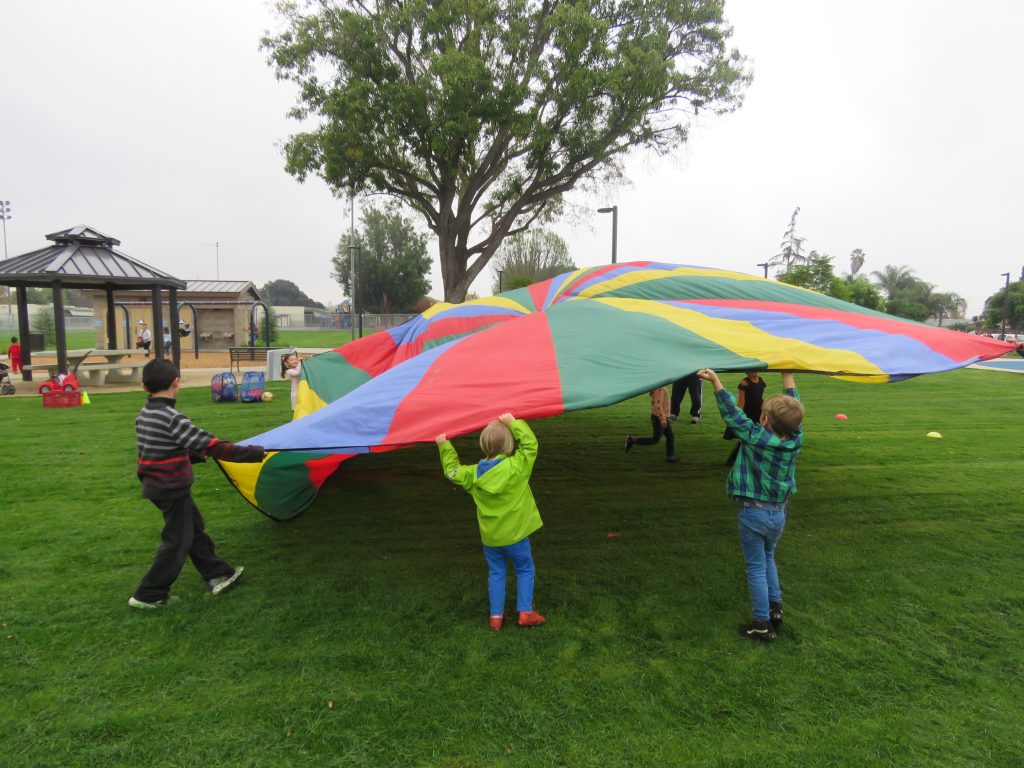 Kids play with a large parachute at the opening of Woodcrest Park.

Principal Rochelle Wolf of Woodcrest Elementary School, which is right next to the park said, “Growing up as an apartment child myself, it brings me so much joy that the residents of the Woodcrest community are going to have a beautiful place to gather and play with their friends and family…Kids need a place to run, jump, get some fresh air, and this new park is going to give them that opportunity.”

“This is what community looks like when we all come together and achieve great things,” said Fullerton City Councilmember Ahmad Zahra, whose district includes Woodcrest Park. 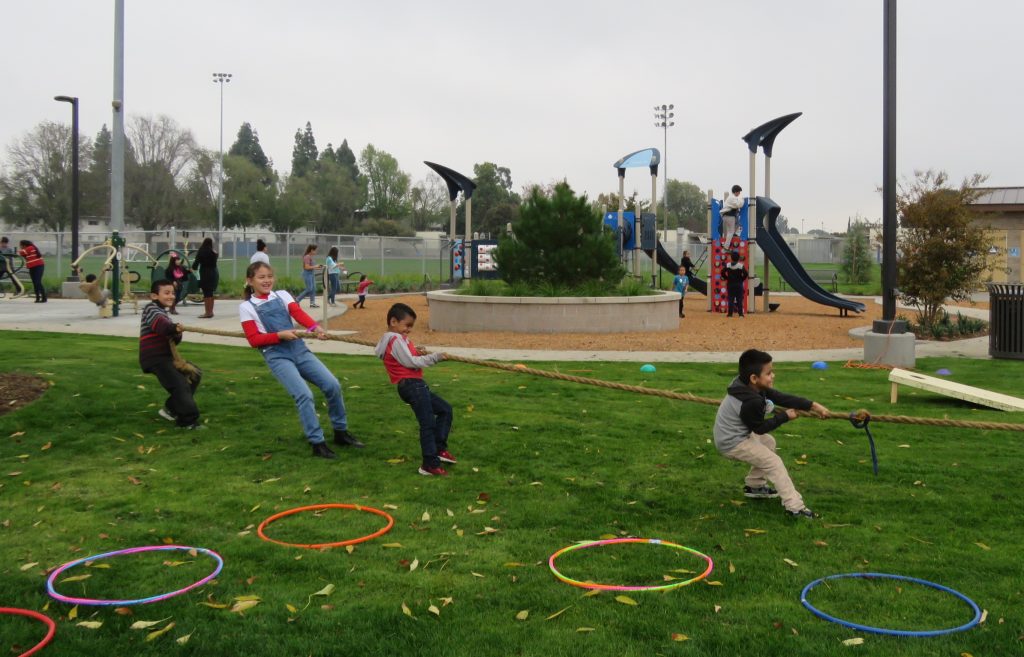 According to Miranda, Woodcrest community leaders have developed a 4-year plan to improve living conditions within their south Fullerton neighborhood.

“This park is a symbol of the hard work and dedication of residents using their voice to create the change they want to see and it’s just the start of what you can expect to see from our community moving forward,” Miranda said. “We love Fullerton so much that we want to see all of its neighborhoods thrive.”

City leaders and residents cut the ribbon for the newly-renovated Woodcrest Park.