In light of the horrific news of the murder of George Floyd at the hands of Minnesota police, and countless other acts of police violence and brutality against black Americans, a group of recently-graduated alumni from FUHS organized a poster wall outside of Fox Theater in downtown this past weekend. 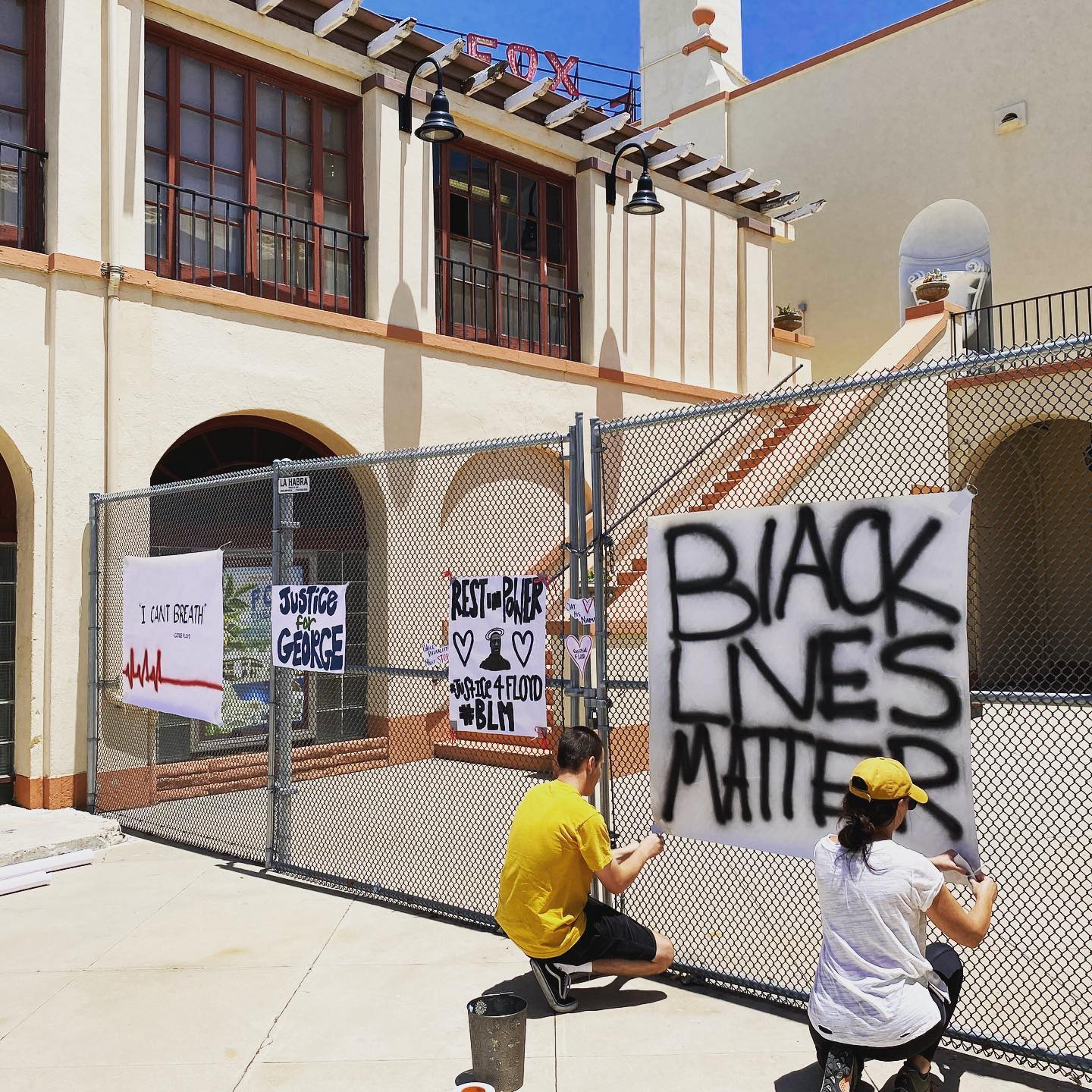 Sadly, after just two days, the posters were taken down. The students then organized a second poster wall in front of City Hall and the Fullerton Police Station, (at Amerige Park) to gain greater attention of local police and public officials. 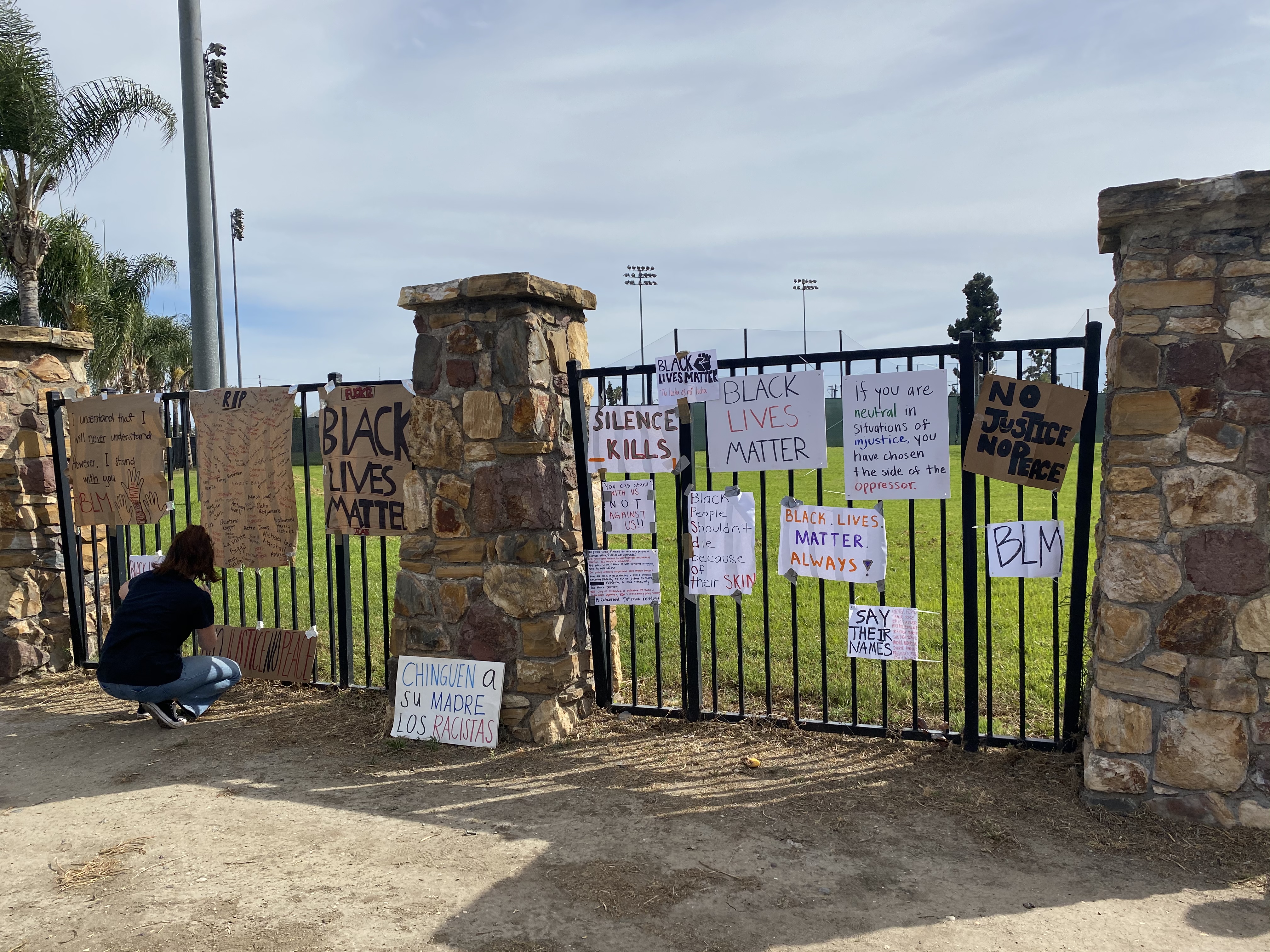 Poster wall at Amerige Park across the street from Fullerton City Hall and the police station. 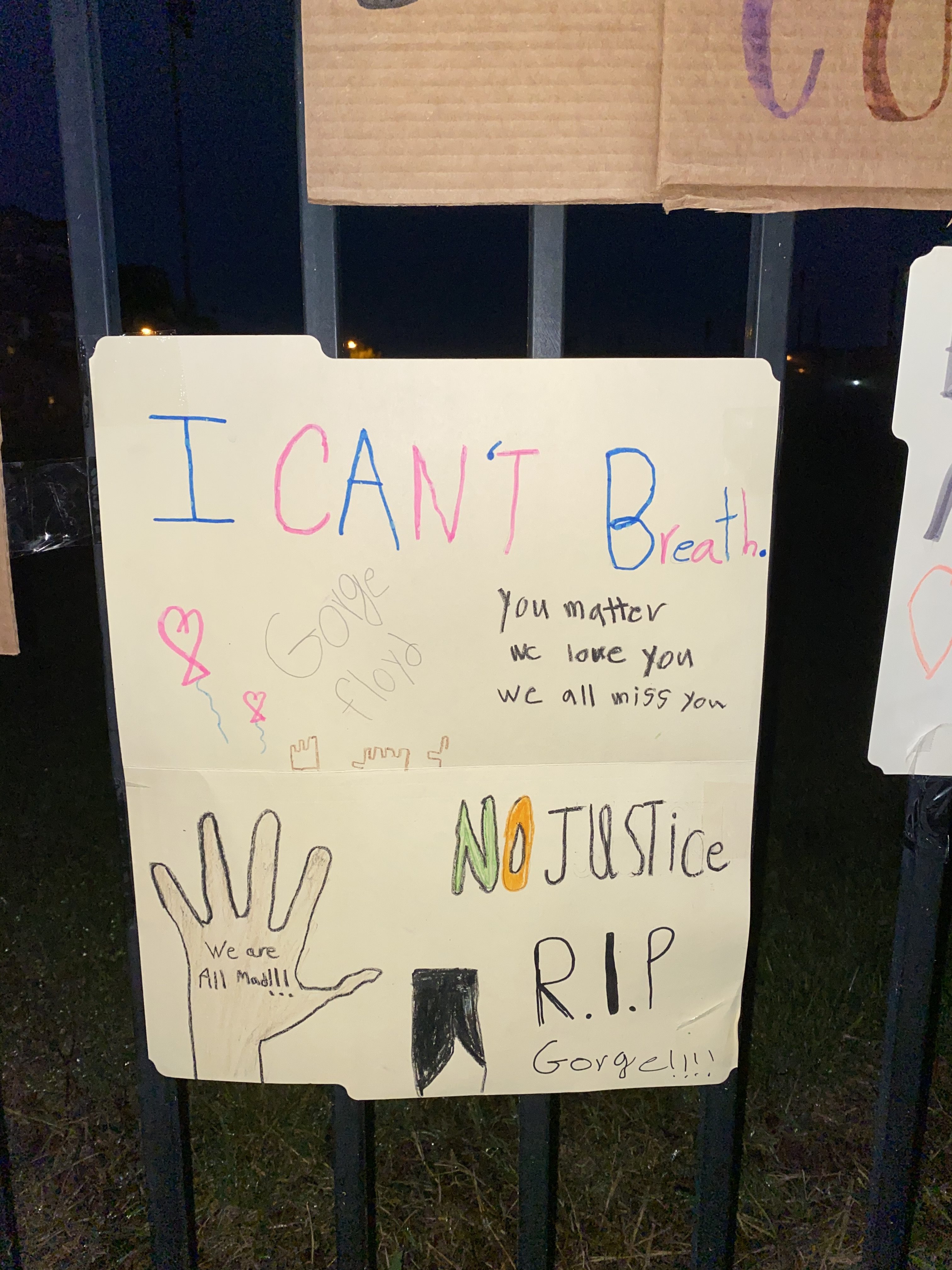 By the end of June 1, the poster wall had amassed over 70 signs. Today (June 2) the fence continues to grow with signs and art that the people of Fullerton have contributed.