Fullerton City Council will consider placing either a 1.25 or 1 cent sales tax increase measure on the November 2020 General Election ballot at their June 7 meeting, to help offset a $7.9 million General fund operating deficit, and consider hiring the private firm TBWBH Strategies to “educate” the public about the sales tax increase. 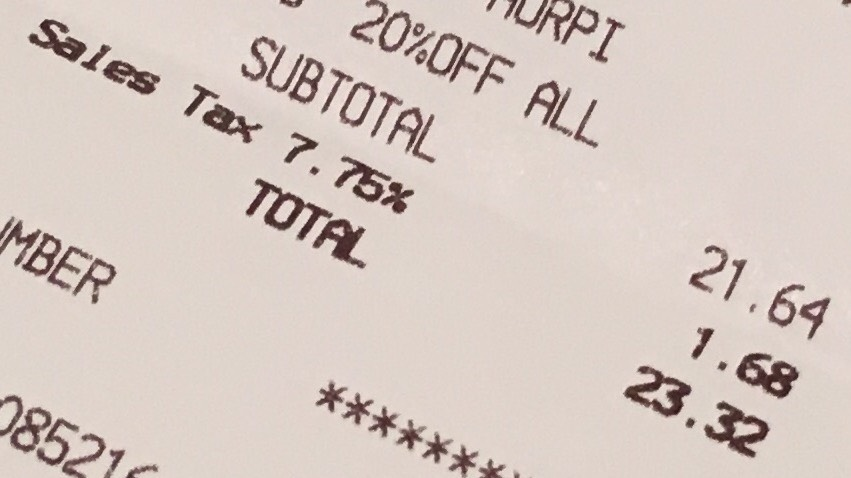 The current sales tax rate in Fullerton is 7.75%

Background on the Sales Tax Proposal

At the March 3 Council meeting, the (City’s) Infrastructure and Natural Resources Advisory Committee (INRAC) recommended that the City should approve a dedicated (special) sales tax ballot measure specifically for infrastructure improvements. This would require a two thirds voter approval to pass.

At that same meeting, a company called FM3, which the City contracted with to conduct a community survey, reported that six-in-ten respondents supported a potential general sales tax measure, which would not be dedicated solely to infrastructure, and would require only a majority vote to pass.

The FM3 survey was conducted before the COVID-19 pandemic. However, the company conducted a follow-up survey in late June which found that “a sales tax measure as proposed is still viable,” according to a staff report.

Based on this, the City Staff and the City Manager are recommending Council to place a general sales tax, as opposed to a special (infrastructure only) tax on the November ballot.

INRAC does not support the general tax (see letter below).

Under California law, sales taxes may be approved locally and added to the combined state, county and local sales and use tax rate as long as the total rate does not exceed the state-set cap of 10.25%. The current sales tax rate in Fullerton is 7.75%, of which the City receives 1% (or 1 cent for every dollar) for items purchased at physical stores in Fullerton–the rest goes to the State and County.

According to a staff report, “The revenue generated would help fund not only the needed improvement to the City’s infrastructure, but also support the City’s homeless initiatives, community services and public safety/emergency medical needs.”

If the local sales tax measure is approved by the voters in November the City Council will appoint residents to a Citizen Oversight Committee.

“This committee would provide citizen oversight in collaboration with the City’s Administrative Services Department to ensure fiscal accountability, transparency and to verify that sales tax funds are being used as appropriately to meet residents’ priorities. A report will also be made to the INRAC so that the City’s infrastructure needs are continually addressed by the new funding,” a staff report states.

According to Gov. Code Section 54964, “An officer, employee, or consultant of a local agency may not expend or authorize the expenditure of any of the funds of the local agency to support or oppose the approval or rejection of a ballot measure, or the election or defeat of a candidate, by the voters.”

According to a staff report, “The goal is to educate the residents about the needs of the City and let them ultimately decide. Thus, the purpose of this consultant is to simply educate voters on the City’s financial condition, service needs and infrastructure needs while being compliant with all legal requirements.”

Members of the Infrastructure and Natural Resources Committee (INRAC) sent a letter to Fullerton City Council and staff on June 29 giving their position on the proposed general tax. The letter reads as follows:

The Infrastructure and Natural Resources Committee (INRAC) is gravely concerned over the revenue ordinance and sales tax initiative introduced by City Manager Domer and under consideration by the City Council. Our concerns are two-fold. First, the plan has been characterized as recommended and endorsed by INRAC, which it is not the case. Second, the plan seriously underfunds infrastructure, which will result in further degradation of our infrastructure, and roads, in particular.

In February 2020, after more than six months of review and deliberation, INRAC forwarded a conditions and funding report in response to the request from City Council for a full review of Fullerton infrastructure. As a result of this work, INRAC identified an annual funding deficit of $24,610,125 and recommended that the City Council support a 1% special tax dedicated to city infrastructure. Infrastructure such as sewers and airport assets are in good shape, largely due to dedicated sources of funds. Roads lack such dedicated funding, and as such have received insufficient capital investments over the past thirty years. The proposed plan does not adequately protect the allocated infrastructure, as a special tax would, which is extremely concerning given the financial difficulty in which the city finds itself, and when coupled with a longstanding lack of commitment to investing in our city infrastructure and roads. Further, the proposed plan in setting aside 50% of new revenues is not even expected to regularly meet half of this need.

Second, Fullerton roads alone require no less than $10 million in additional sustained annual resources to ensure the Pavement Condition Index (PCI) does not continue to decline. Failure to invest in our roads at this level will mean that our current PCI of 64 (on a scale of 100) will grow worse and will require even more resources to service and maintain. Should the intent of City Council be to claim that this revenue ordinance and sales tax initiative is too address our failure roads, than this scheme should not be portrayed at addressing Fullerton infrastructure, it should only claim to address the needs of the city’s roads.

The INRAC committee members do understand that the city faces financial pressures in many areas and that the city manager and council must make difficult allocation decisions. And we appreciate the development of additional resources to support infrastructure. However, we remain extremely skeptical of the proposed plan’s ability to fully address the scope of our problem, as well as ability of these resources to remain directed to the city’s infrastructure. We face skeptical residents, represented by the membership of INRAC, who are not quite ready to trust that city leadership is truly ready to take the issue of our roads seriously. Please do not misrepresent the efforts of INRAC in your current plan, and do not overpromise what might be attained by 50% of a one cent sales tax.