Fullerton City Council voted 5-0 at their July 21 meeting to approve concept plans and completion of a Korean War Memorial at Hillcrest Park to be placed adjacent to the Duck Pond (near Brea Boulevard and Harbor Boulevard).

There is no fiscal impact to the City, as all associated costs will be covered by the Committee.

Here are concept drawings of the proposed memorial and its location. 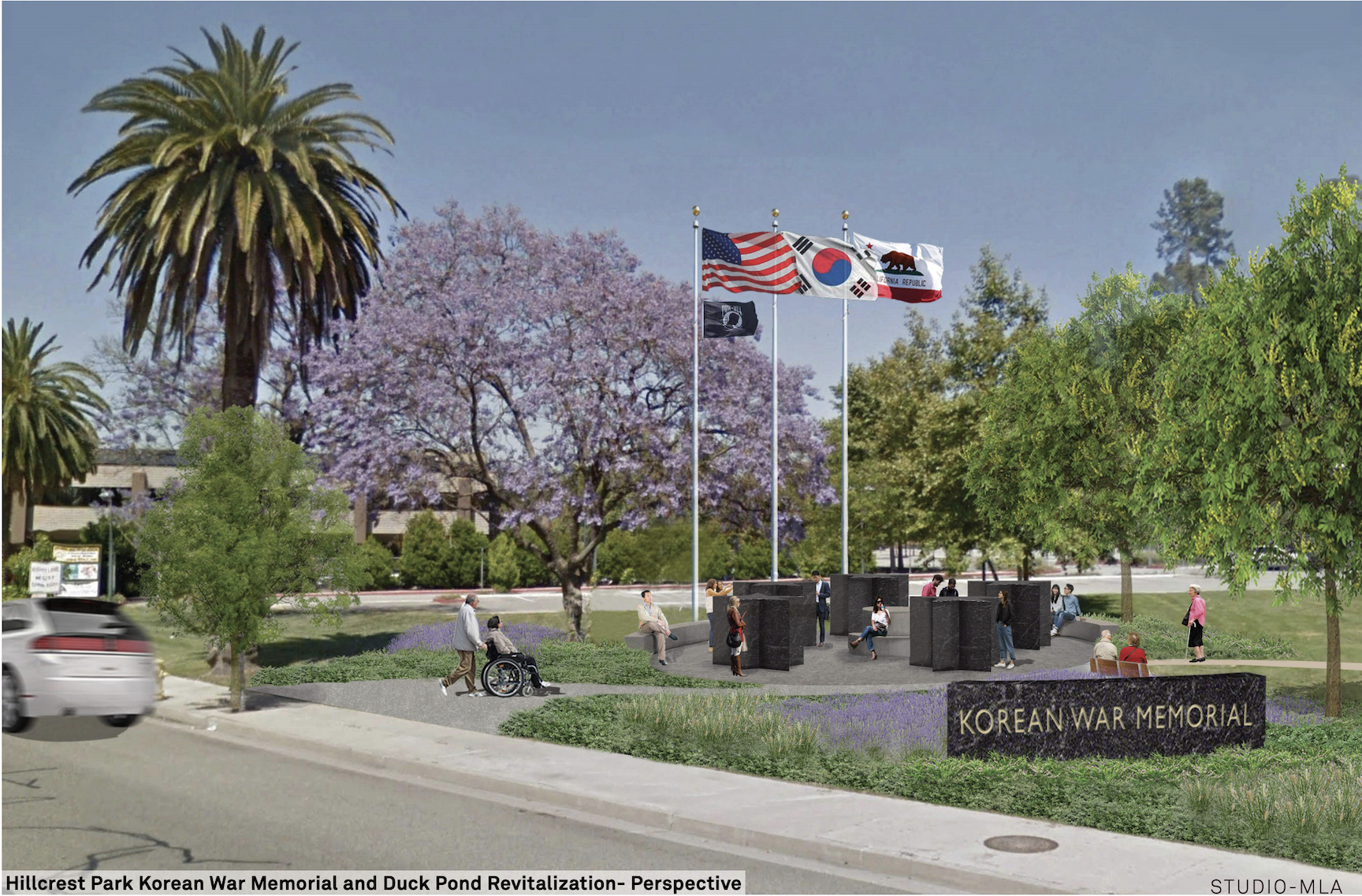 “Fullerton has a sister city in Yongin, Korea,” Pak said. “During the Korean War for 3 years and one month, there were 36,492 American soldiers who gave their lives, and we want to recognize their sacrifices. Right now in the United States there is no monument where we can go to pay our respect that has all the names inscribed. The one in Washington DC doesn’t have a single name. So, this would be historic, and this would be the first of its kind.”

Some members of the public expressed concern about the location of the memorial at the Duck Pond, which is also scheduled for restoration as part of Hillcrest Park restoration.

“The Duck Pond is part of a historic seasonal creek. Historically indigenous vegetation would have grown along the banks of this creek, including willow, elderberry, oak, walnut, and sycamore trees,” Jensen Hallstrom said. “The Duck Pond is a very rare remnant that is relatively undisturbed and so it and its surroundings are very sensitive to additional hardscape and structures….Construction would disturb and damage the root systems of existing trees and it would also displace the amount of landscape, which I believe should be used to plant more trees and shrubbery to maintain and preserve the natural integrity of this location.” Hallstrom said he was not opposed to the memorial, just to its proposed location.

Mayor Pro Tem Jan Flory suggested moving the memorial to another area of Hillcrest Park, near the WWII memorial, though she said she would defer to the Committee.

Councilmember Bruce Whitaker expressed concern about losing mature trees. “If there is any way, any small modifications could be made to ensure we will not have further loss of mature trees, I’d favor that,” Whitaker said.

“I had the chance to visit Korea last year and I was struck by the high regard Korean citizens held for the Americans who fought to free them, to separate them from North Korea,” Silva said. “I know that the committee has been working very hard for many years to get the funding and final location, and I would love to see us honor the 36,492 Americans who gave their lives for that.”