The decommissioning of San Onofre Nuclear Generating Station (SONGS) has been riddled with controversies since it was shuttered in 2013, undermining public confidence in Southern California Edison’s management of highly radioactive nuclear waste which will be stored on-site for the foreseeable future.

In 2018 for example, a whistleblower exposed how a 54-ton canister loaded with radioactive waste nearly plummeted 18 feet because of a design flaw and human error, prompting the Nuclear Regulatory Commission (NRC) to cite Edison with the most serious violation ever imposed on a spent fuel licensee.

The most recent dispute centers on the green light the California Coastal Commission gave Edison on July 16 to remove the cooling pools where spent fuel rods were submerged for several years to begin cooling down. Edison argued the pools aren’t needed anymore because the rods have all been transferred into dry storage canisters. 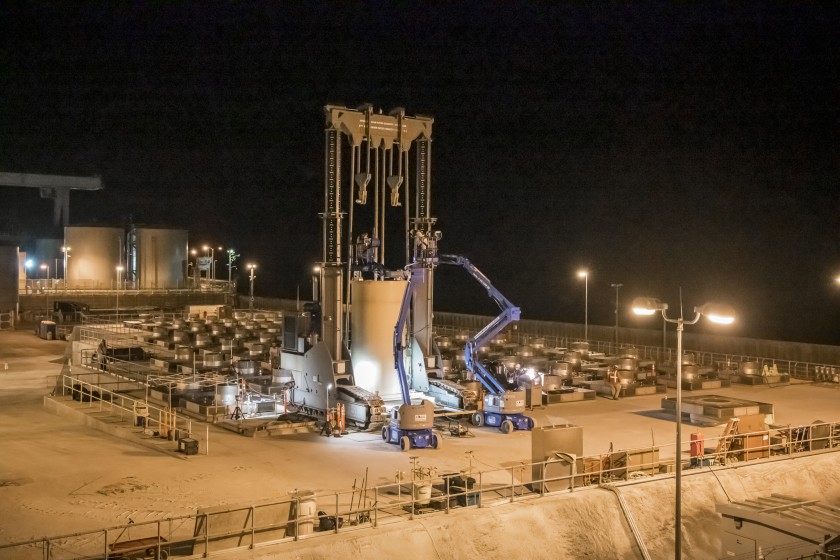 A canister of nuclear waste is lowered into a dry storage facility at the San Onofre Nuclear Generating Station. (Southern California Edison)

Each of SONGS’s 123 canisters holds roughly the same amount of Cesium-137 as released during the 1986 Chernobyl disaster.

At issue is this: If a canister were to begin degrading, creating risk of radiation release, returning it to the cooling pools is the only means whereby the contents could be repackaged into a new canister. Nonetheless, Edison convinced the Coastal Commission that an untested, unapproved nickel “cold spray” overlay technology could be applied to patch degrading canisters, making the cooling pools unnecessary.

NRC spokesperson David McIntyre confirmed that NRC has neither evaluated nor approved any method for fixing a canister. The only sure solution is to replace the canister.

Objections to eliminating the pools revolve around this specter of stranded radioactive waste remaining on-site for the foreseeable future, with no means to repackage it, together with concerns about the canisters Edison chose and SONGS’s beachfront location.

SONGS uses two models of thin-walled (5/8 inch thick), welded shut, stainless steel canisters (Holtec and Areva). They are warranted only for manufacturing defects and for just 10-25 years. Thick-walled casks (10-19 inch) with bolted lids, as survived the Fukushima earthquake and tsunami, are standard throughout most of the world.

Nuclear safety advocates point to evidence thin-walled canisters are vulnerable to cracking yet can’t be inspected for tiny cracks which can grow through the canister wall. They are critical of NRC for ignoring established safety codes for nuclear pressure vessels used for storage and transport of nuclear waste (American Society of Mechanical Engineers, ASME N3) when they approved SONGS’s canisters which can’t be inspected by proven methodology (liquid penetrant).

Instead, Edison applied a robotic camera in 2019 to eight Holtec canisters to characterize the extent of canister scraping/gouging incurred during downloading into their holes in the in-ground concrete storage pad. Because of the small clearance between a canister and the guide ring at the mouth of the hole, canisters are routinely scraped/gouged, potentially initiating cracking.

Edison admitted their improvised camera technique doesn’t qualify as a formal inspection, yet the NRC accepted Edison’s conclusion that damage to the canisters during downloading poses no current credible threat.

SONGS is situated within 50 miles of 8 million people, sandwiched between the ocean and the I5 Freeway, and accessible to terrorist attack from either side. A mysterious two-night swarm of drones over the Palo Verde nuclear plant in Arizona last September highlights vulnerability to malfeasance.

SONGS sits 108 feet from shore in a known earthquake zone, creating risks of flooding from sea level rise and shaking and tsunamis from earthquakes. The in-ground pad holding the Holtec canisters already sits just 18 inches above the water table.

The salty marine environment is a problem because of vulnerability of welded-shut stainless steel canisters to undergo “chloride-induced stress corrosion cracking.” According to the NRC, once such a crack starts it could grow through a canister wall in as little as 16 years.

Some Areva canisters at SONGS are already 17 years old.

Furthermore, a 2019 Department of Energy report assigned “#1 Priority” to the risk of through-wall cracking in welded stainless steel canisters in a moist salty environment.

Holtec International CEO Kris Singh acknowledged that even a microscopic through-wall crack would release millions of curies of radiation. He does not endorse attempting to repair a damaged canister. 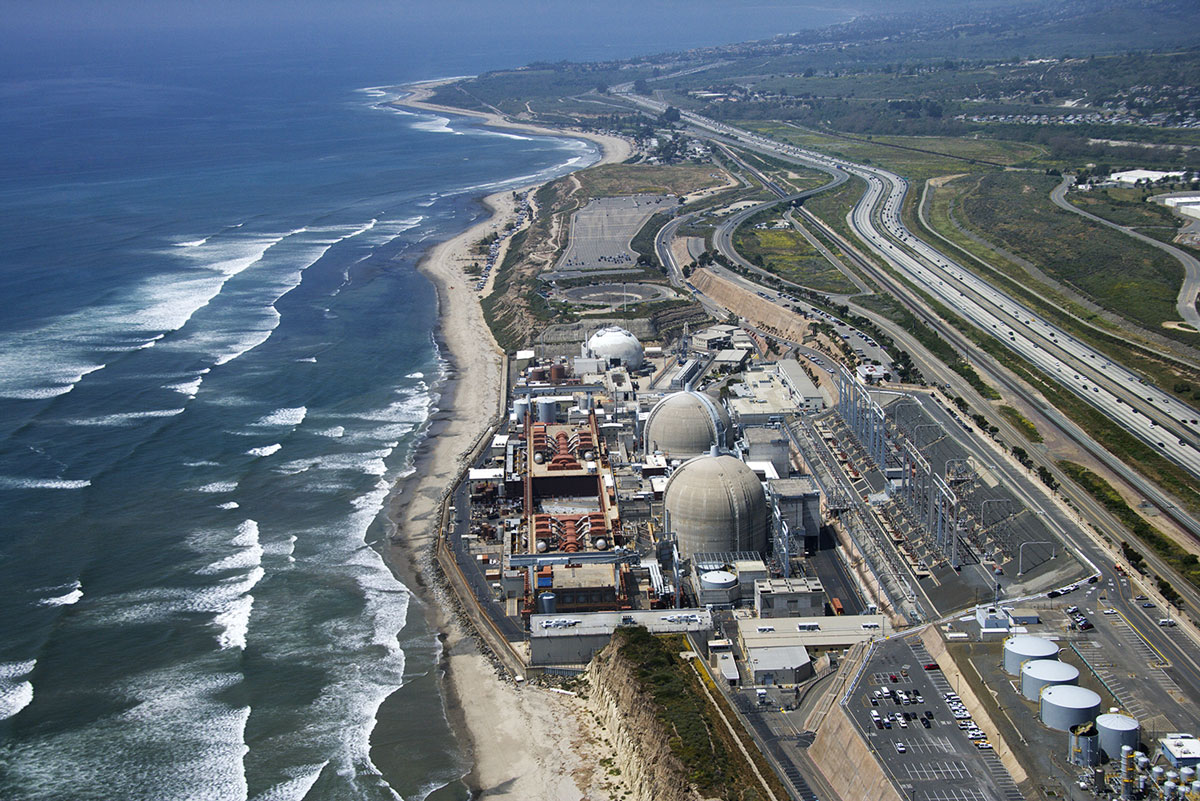 SONGS is situated within 50 miles of 8 million people, sandwiched between the ocean and the I-5 Freeway.

Thick casks are not vulnerable to through-wall cracking and meet established ASME N3 nuclear pressure vessel codes for monitoring and inspection. They’re repairable and designed for storage and transport without additional containment. The contents are retrievable for repackaging, if needed.

By necessity, a specialized fuel handling facility, aka “hot cell,” must be built on-site to move spent fuel from thin-walled canisters to thick casks. Until then, the cooling pools – the only current means to address canister radiation containment issues – must stay put.