Are Fullerton Parks Safe from Development?

According to the city of Fullerton’s General Plan, Fullerton’s 14,376 acres is 90% built-out. This year the City Council began putting city-owned land up for sale for development, citing a new State law called the Surplus Land Act. In June, 2 parcels of land at 1600 West Commonwealth and 799 Rolling Hills Drive were declared surplus. This was followed by 2 more parcels in August at 3151 North Euclid and The Bastanchury Tree Farm at the corner of Parks and Bastanchury. The latter has caused particular public objection because this 7.9-acre parcel is actually designated for parks and recreation use in our General Plan. You don’t have to tell that to the locals as they use it every day for walking, running, and biking. That begs the question, are Fullerton parks safe from development? 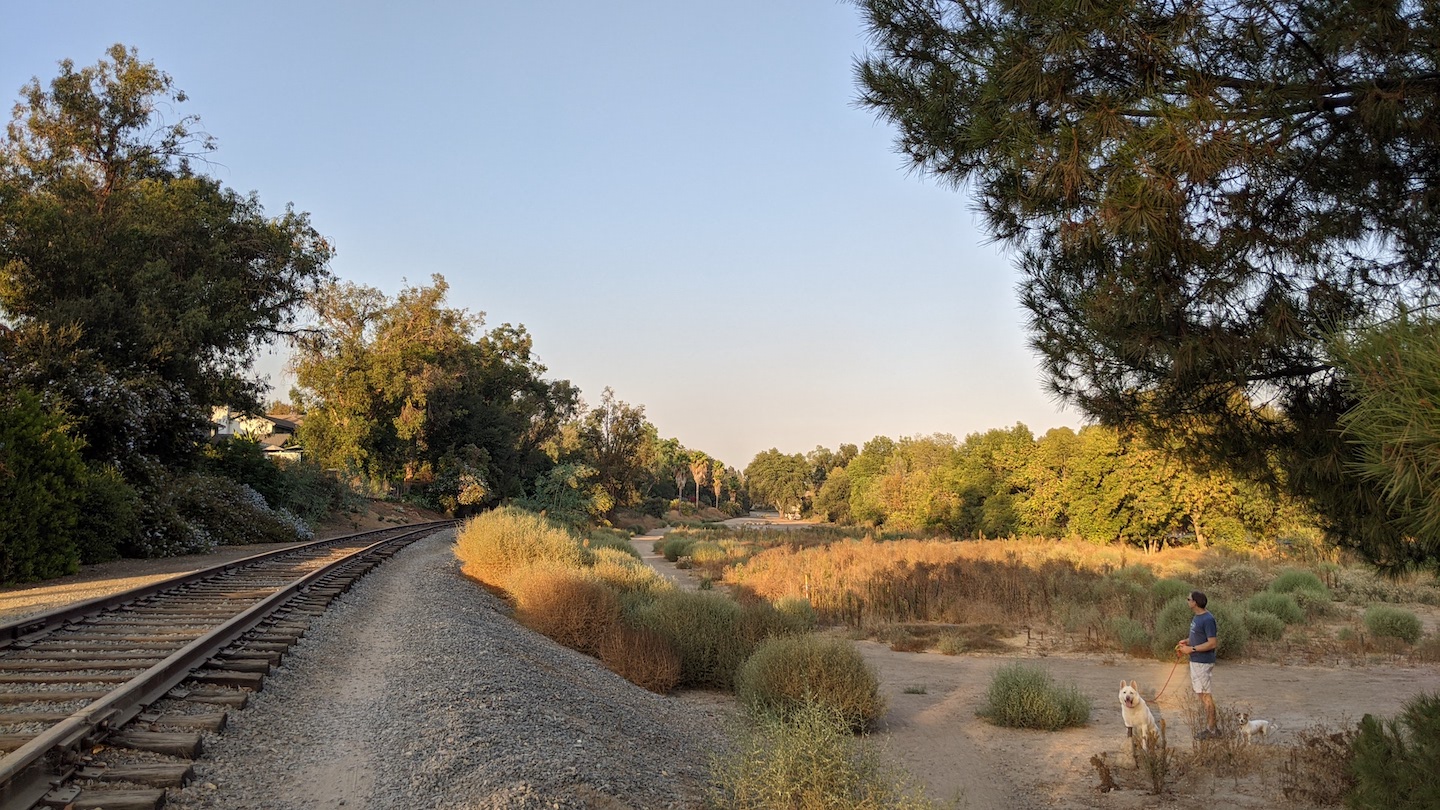 Planning for the housing needs of everyone in the community has been a State mandate since 1969. The California Department of Housing and Community Development (HCD) is charged with working with local governments to implement State housing laws. Cities and counties are required to plan how they will meet their housing needs in the Housing Element sections of their General Plans.

The HCD’s Regional Housing Needs Assessment (RHNA) process estimates each region’s housing needs and works through regional government bodies such as the Southern California Association of Governments (SCAG) to assign housing needs allocations to each city. Cities are then required to update their Housing Element plans to meet those allocations.

Housing allocations are defined in RHNA cycles that span several years. The RHNA housing allocation considers demographic growth, housing needs, and future forecasts. It is not based on how much available land cities have to develop.

Over time the State’s lack of affordable housing has grown, not for lack of goal setting. In the past, HCD lacked teeth to induce cities to meet the State’s housing demand. So, it’s not surprising that up to now, most cities have failed to meet RHNA housing allocations. In response, the State Legislature authorized HCD to set higher housing allocation targets and strengthen compliance standards for cities.

Has Fullerton been keeping up with the previous RHNA allocation in planning for the housing needs of everyone in the community? Well, yes and no. According to the City’s 2019 Annual Housing Element Progress Report, it has exceeded the RHNA allocation for higher income housing by 348 units or 46%, but fell well short of the median to affordable housing needs by 628 units or 60%.

Many residents are shocked by the upcoming RHNA allocation of 13,180 units for Fullerton. Not only is it a big number, it also means adding about 27% more dwelling units than the previous RHNA allocation to a city that is supposedly 90% built-out. That’s also at least 27% more load on our crumbling roads and water infrastructure.

At least one City Council candidate has vowed to appeal Fullerton’s upcoming housing allocation to the State. While State law allows for appeal, it’s an uphill battle starting with SCAG. They will not accept “unrealistic” and “not enough vacant land” as legitimate reasons. The appeal process is also a “zero sum” game. That is, even if SCAG were to approve lowering Fullerton’s allocation, it would need to re-allocate  that difference in units to other cities’ allocations.

Getting back to the Surplus Land Act, does this RHNA housing allocation mean the end of parks? Not according to this State law, which actually recognizes the shortage of open space and parks and says that land should be made available for parks or open space purposes before development through the surplus process. That makes the City Council’s decision to sell the Bastanchury Tree Farm for development all the more mysterious because it is already designated as parks and recreation in our General Plan. 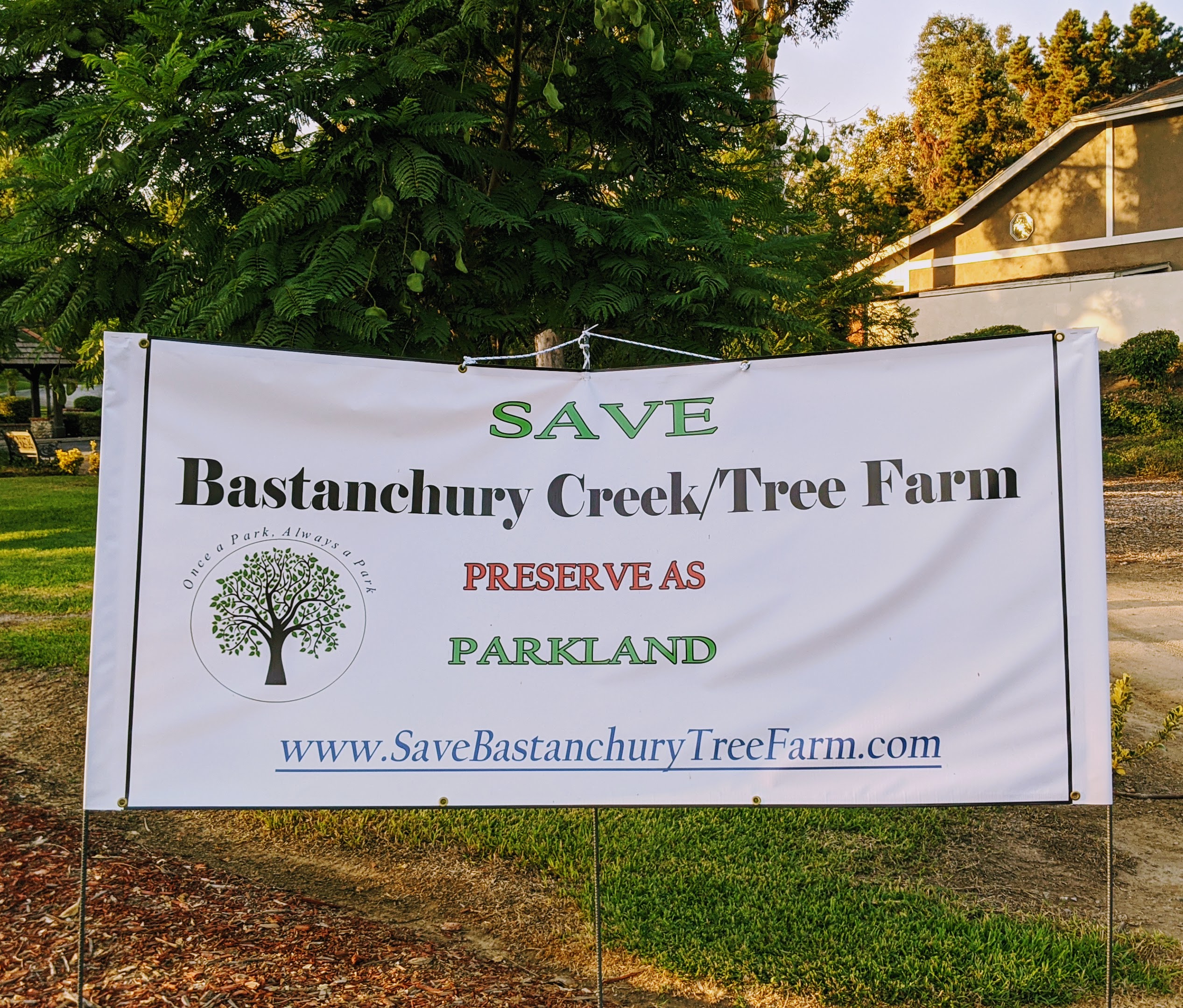 Neighbors have begun advocating to save the Tree Farm.

Parks and open space are invaluable resources for the health and quality of life of our community. This has been made all the more apparent during the COVID-19 pandemic as many recreational venues, gyms, stores, and restaurants were closed. We flocked outdoors for respite and exercise.

Parks and open space are important in fighting climate change too; soils, plants and trees take carbon out of our atmosphere to reduce the warming effects of increased CO2 that is raising temperatures around the globe. California is feeling the cascading effects of climate change with recurring and growing seasons of deadly wildfires, as well as rising seawater that endangers coastal communities. While Fullerton is not exactly a coastal town, we depend on groundwater. As sea level rises, it becomes increasingly difficult to keep salt out of our fresh water aquifers.

In October, Governor Newsom signed an executive order to preserve 30% of California’s natural land and waters by 2030 to combat the damaging effects of climate change. According to our General Plan, only about 7% of our City is designated as parks or open space.

So much of Fullerton’s future depends on our land use decisions. Fullerton’s Housing Element update for 2021-2029 started this year. We are 3 weeks from electing 3 of 5 (which is the simple majority needed to make most decisions) Fullerton City Council members who will be challenged with navigating housing, infrastructure, parks, and financial challenges that have been backlogged and risen to crisis levels through the years.  Public participation is key unless you trust that 5 people can make all the right decisions for the 138,628 people who live in Fullerton without ever hearing from them.