Fullerton Observer readers have submitted letters complaining of construction disruptions and the destruction of the roads where fiber optic lines are being installed by micro-trenching in the street.

The jack hammers are loud, the streets are blocked with work vehicles, and bright lights flood through windows as the workers continue after dark. Residents who have had their streets repaved are dismayed that digging and visible patching is being allowed in the street and that their parkway is trenched in preparation for future service if they should chose to have it installed. There have also been problems with water and other utility lines accidently cut during the trenching. Small sections of asphalt are removed now to discover the depth of other utilities before trenching. 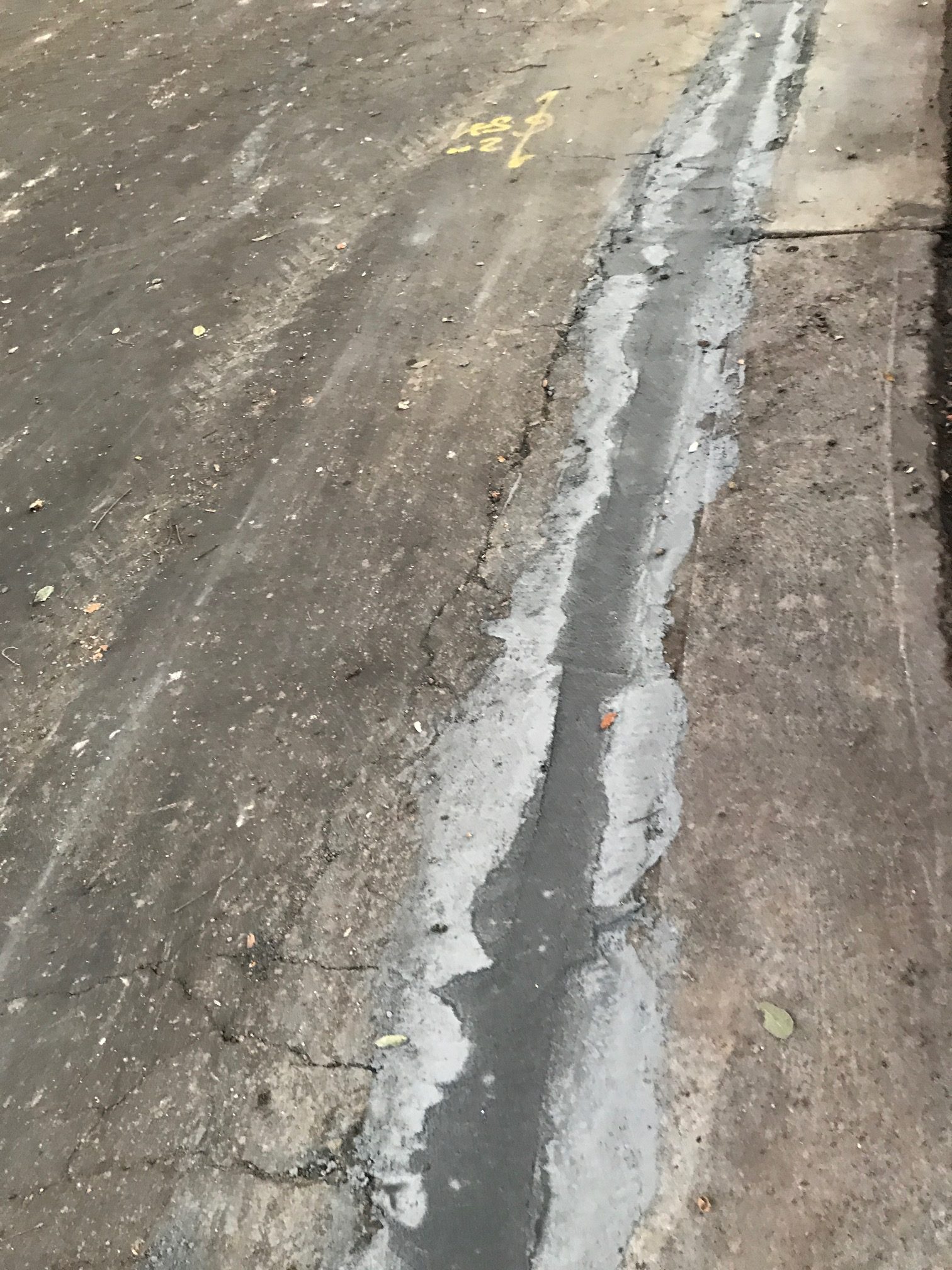 Microtrenching filled in on a Fullerton street. Photo by Jane Rands.

Council Member Ahmad Zahra responded to a request for comment saying, “While the agreement with SiFi [also called Fullerton Fibercity, the company installing the new fiberoptic cable] was entered prior my time, it is unfortunate that unforeseen engineering issues have manifested during installation. These are very complicated issues both technically and legally, but staff have been proactively working with SiFi to address them.”

Deputy City Manager Antonia Graham has been responding to residents and interceding to provide resolution to complaints when she can. City Staff and City Council are now responsible for managing a city-wide project approved before they began working for the City or were elected to council. 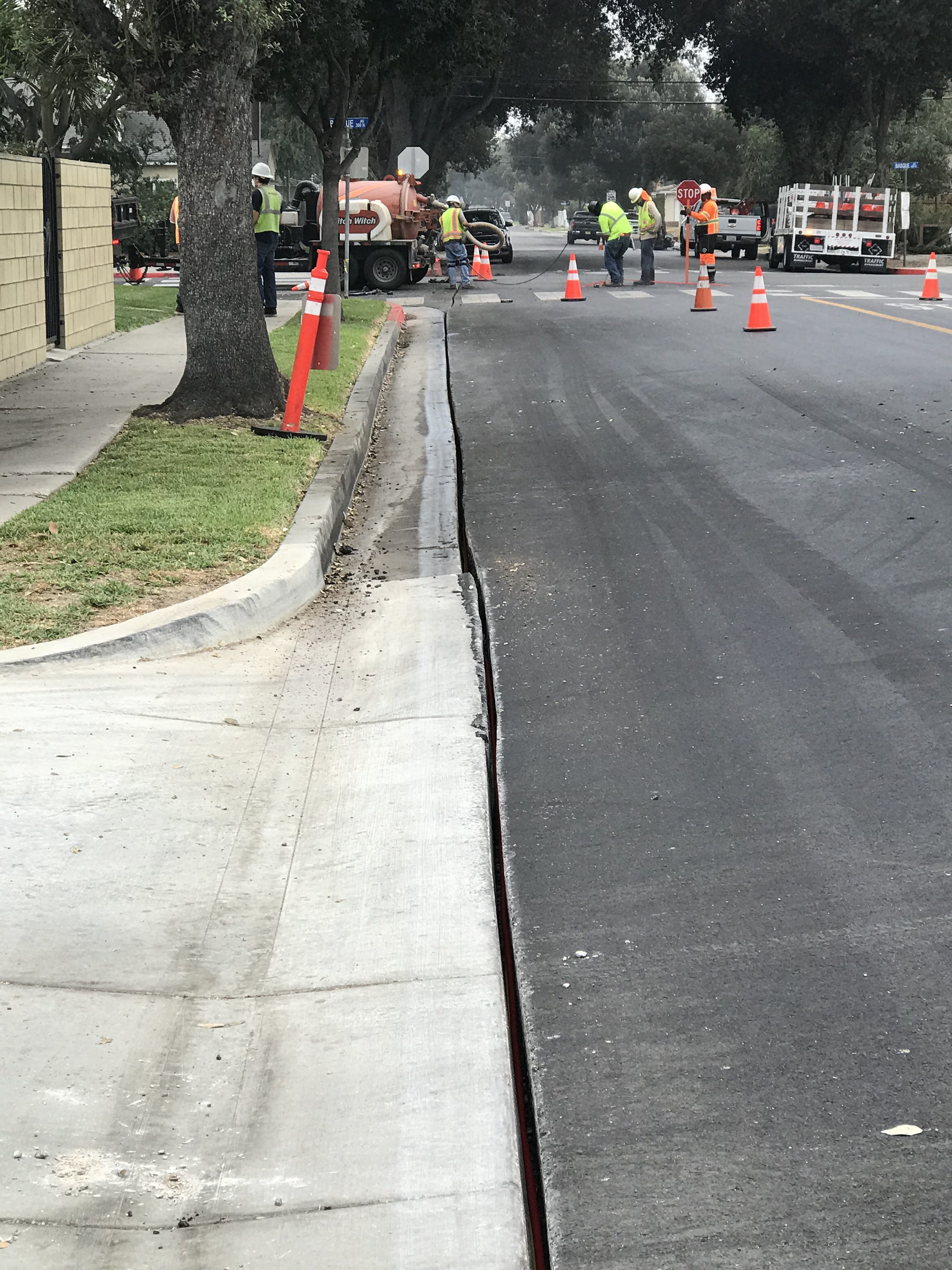 Microtrenching on a Fullerton city street. Photo by Jose Cortez.

On April 15, 2014 there were no public comments when City Council gave approval for the City Manager to enter into an agreement with SiFi Networks to install a fiber optic network city-wide. The plan proposed SiFi’s FOCUS (Fiber Optic Cable Utilizing Sewers) technology to deploy “cable carrying maximum fiber count through selected sections of a wastewater network” and standard fiber optic cable installed by micro-trenching.

Before voting to support the agreement, then Council Member Greg Sebourn asked whether SiFi would take responsibility for damage to city infrastructure during the construction of the network and was assured well enough to vote for the item. Sebourn was recently contacted for a comment regarding the current installation. He responded, “The City needs to hold them to the same standards as any other utility provider,” referencing the “poor workmanship (he) has seen.”

Council Member Jan Flory voted for it too, after saying that it could be a “monopolistic stranglehold” if there were only one Internet Service Provider (ISP) leasing the fiber network from SiFi as proposed at that time. Since then, however, SiFi has contracted with 2 entities which may allay that concern. Ting and GigabitNow (each of which have run advertisements in the Observer) are competing for customers in Fullerton yet they are offering the same pricing with the only exception being that GigabitNow offers 350 Mbps compared to Ting’s 250 Mbps as their lowest cost residential service at $60 per month. 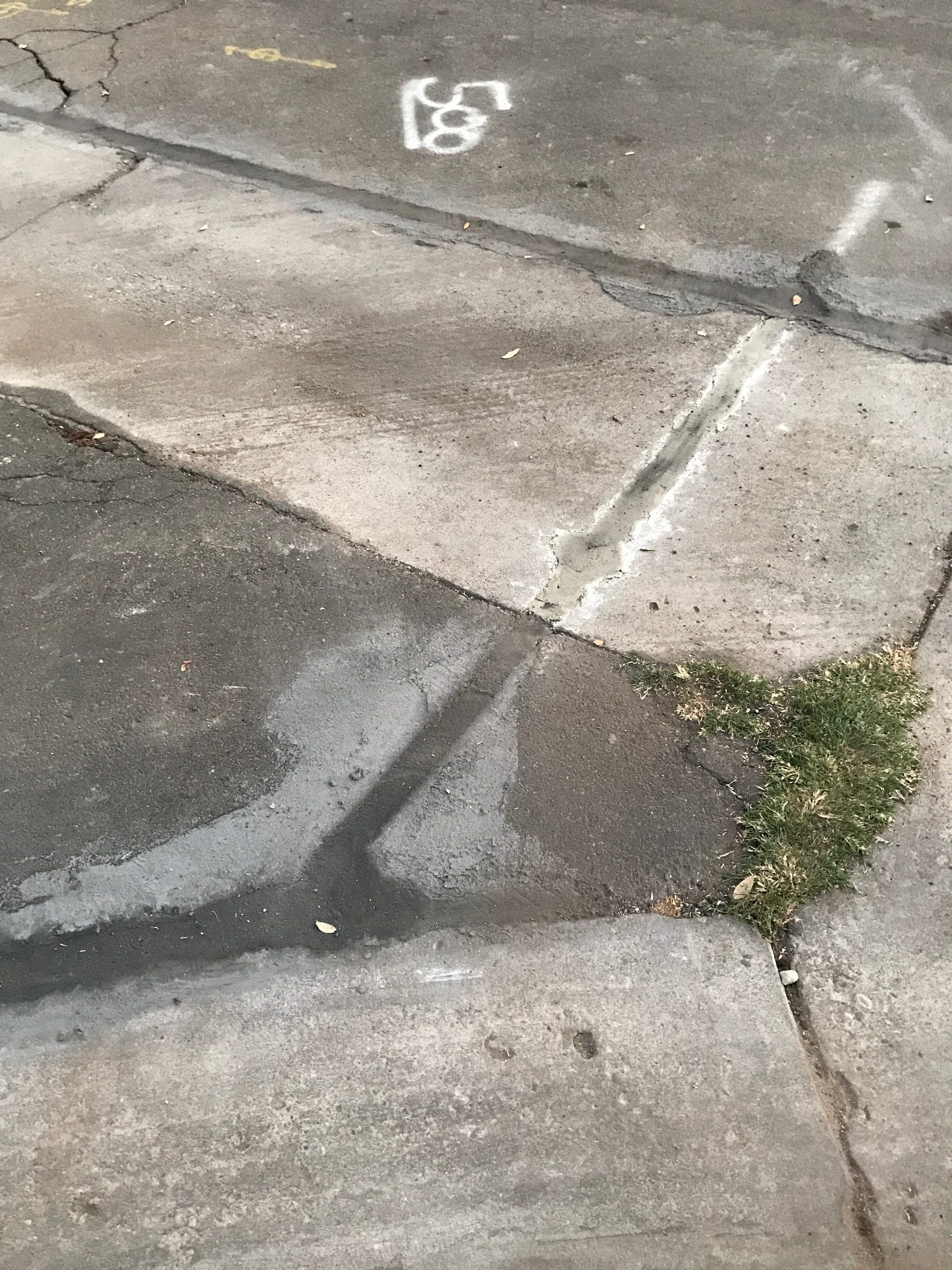 Fiberoptic microtrenching on a Fullerton street. Photo by Jane Rands.

The approval in 2014 was not unanimous. Council Member, now Mayor, Bruce Whitaker, provided the one dissenting vote, questioning the feasibility of the business plan because it anticipated investor funding the $70 million project prior to subscription commitments. Both ISP’s, it turns out, have been and are now continuing to advertise advance signups before the fiber is laid with incentives like fee waivers, service credits, and free setup.

The plan was vetted by the Economic Development Committee (EDC) prior to going to council. EDC supported the plan for a privately funded fiber optic network installed at no cost to the city, citing the benefit of a 1,000 Gpbs network in retaining existing businesses and attracting new businesses.

In the meantime, the network is being built one neighborhood at a time. A portion of southwest Fullerton has been completed and the western segment of downtown is being installed now. To check the planned installation of your neighborhood visit https://sifinetworks.com/cities/fullerton-ca.