Amid Public Debate, Council Will Seek to Appoint a Fifth Member

After a lengthy discussion and much input from the public at their January 15th meeting, City Council voted 3-1 (Whitaker “no”) to appoint a fifth council member rather than hold a special election to fill the two-year term vacated by Mayor Silva when he was elected as a District 3 representative.

This does not necessarily mean that a fifth member will be appointed. If the current 4-member council is unable to come to a 3-person majority vote by February 2nd, it will automatically trigger a special election, per state law. Here’s the timeline for the appointment process:

If council is unable to make an appointment, the estimated cost of a stand-alone election is $391,532 – $428,150 to come from the city’s general fund. The date for the special election would be Tuesday, November 5, 2019. 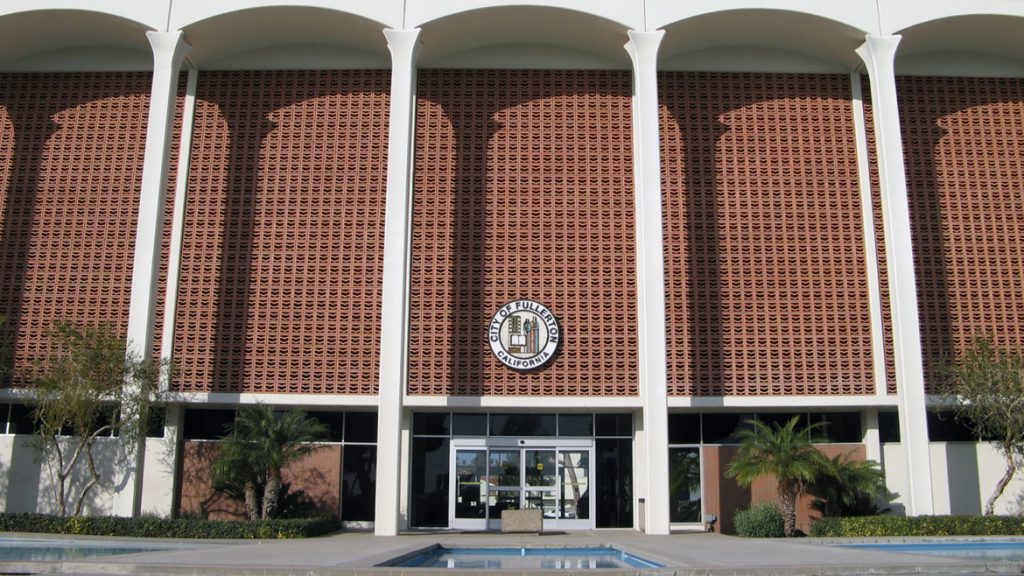 In his staff report, in addition to explaining the council’s options, City Manager Domer provided a detailed “Unfunded Projects/Needs List” which appeared to imply that council cannot afford a Special Election.

At the December 15th council meeting, the staff report erroneously stated that the city council hold a cheaper “all-mail” ballot election. However, this turned out to not be a legal option.

According to OC Registrar of Voters Neal Kelley: “The CA Election Code only allows a city to conduct an all-mail ballot election under certain conditions. One that ties Fullerton’s hands right out of the gate is the requirement that the city must be a population of 100,000 or less. The other option would have been under SB 450, the Voter’s Choice Act (VCA). In this case a city that consolidates with a county that has opted in to the VCA would be able to have the county conduct an all-mail ballot election with vote centers. However, only 5 counties have opted in statewide and our County is not one of them as of right now.”

Council Member Zahra expressed concern over the “misinformation that we had at the last session (regarding the mail-in ballot option)…I’m hoping that this would be something we can learn from moving forward.”

During “public comment” speakers were divided over the issue. For those in favor of a special election, this is an issue of preserving voting rights. For those favoring appointment, it’s an issue of saving city funds, and having a full council to make decisions.

“The city of Fullerton changed to district voting for the very reason of a more representative elected council. It would be going backwards to fill a vacancy due to that transition to a less representative elected government, completely bypassing the voters,” said Angela Lindstrom, “The main reason given for an appointment process is that it’s fast and cheap. So is fast food, and I don’t recommend that as a foundation for anyone’s diet.”

Diane Vena said, “We have a representative democracy, which means that voters have the right to choose their representatives on legislative bodies, including this council. There are no reasons, be it cost, wait time, projected low turnout, that can justify taking this right away.”

“An appointment process runs the severe risk of being non-transparent, subject to cronyism,” said Pete Baron.

Dr. Shana Charles said she has spoken with many Fullerton residents about this issue, and found overwhelming support for a special election.

“All of them said that they want a special election…for them it was almost a no-brainer. They didn’t hesitate. They were shocked that an appointment was even being discussed. Many of them said they thought it was cronyism or indicative of a city council that might be serving its own purposes rather than the city’s,” said Charles.

Some criticized the fact that former council member Jan Flory appeared to be lobbying for her own appointment before council had even decided whether to support someone.

“The parade of people at the 18th meeting espousing the appointment of a former council member, including the member herself certainly gave the illusion of cronyism,” said Helen Higgins.

Joshua Ferguson quoted council member Zahra’s comments from the last meeting, when he voted for favor a special election: “The question is—is there a more fair and transparent process than voting itself? Can we come up with something better than what the Constitution came up with? That is my question for the council.”

Tony Package gave some historical context of how the city council ended up in this unfortunate situation, citing council’s choice of a “gerrymandered” district map, and their flip-flop over which districts to put up for election. (District 3, where both Silva and Sebourn live, instead of District 2).

Those who spoke in favor of appointment cited the high cost of a special election, and the practical problem of having only four members on council until November, when the special election would take place.

“I am opposed to having a special election to fill the current vacancy on the city council, since a special election would not be held until November 2019, the expenditure of $450,000 for a one year term to me seems exorbitant. That money could certainly be put to good use elsewhere,” said Monica Broom.

Gerry Young said, “We have projects that need the attention of a full council, such as the Hunt Library. We have problems such as the homeless. You have a full agenda every time you meet. I think waiting until November is too long without a full council.”

Ryan Cantor, who favored appointment, argued that by not having a full 5-member council for 11 months, the council would deny residents’ first amendment rights to petition their government.

“We have a right to petition our legislators and rule-makers, and leaving that chair blank is undermining our first amendment rights,” said Cantor.

Gretchen Cox, who also favored appointment, said that council should appoint someone from District 2, as that district is not currently represented on Council.

Kathleen Shanfield, who served on the city’s now-defunct Applicant Review Committee from 2004-2009, suggested the city should revive such a committee to improve transparency and public input during an appointment process. Shanfield said she favors a special election.

Council Member Whitaker was the only one who favored a special election.

“I agree the money could be used for other things as well, but in terms of supporting and keeping a transparent and defendable process and empowering voters, allowing voters to make that choice, the cost shouldn’t be the driving consideration here. When cost meets principle, the principle shouldn’t always fold,” said Whitaker.

Mayor Protem Fitzgerald said she favors the appointment process because the city cannot afford a special election, and that it would be a “disservice” to Fullerton residents not to have a fifth council member for eleven months. She cited the poor condition of Fullerton’s roads, and the need to put money toward that.

Zahra, who ultimately voted for an appointment process suggested that, in the future, the city create a special election fund “so that we can save up for any future issues like this so that the cost is not a factor in making this decision anymore.”

Zahra also asked his fellow council members if they could make an appointment without bias.

Council Member Fitzgerald, who seemed visibly upset about the suggestion of potential bias, responded, “You worry about yourself, and we’ll each worry about ourselves. That’s the answer.”

Mayor Silva, who favored appointment, said, “I don’t feel we can go 10 months without having a full council, not only here in the open session, but in closed session sometimes we’ll have items that we have to move on, we have to do business of the people.”

Ultimately, council voted 3-1 (Whitaker “no”) to go forward with the appointment process.