New Fire Chief Adam Loeser was sworn in at a joint Fullerton/Brea public ceremony on January 22 at EV Free Church in Fullerton.  The church was selected for the ceremony because of its ample size and location on the border of Fullerton and Brea since Loeser will serve as Chief for the joint Fire Department. 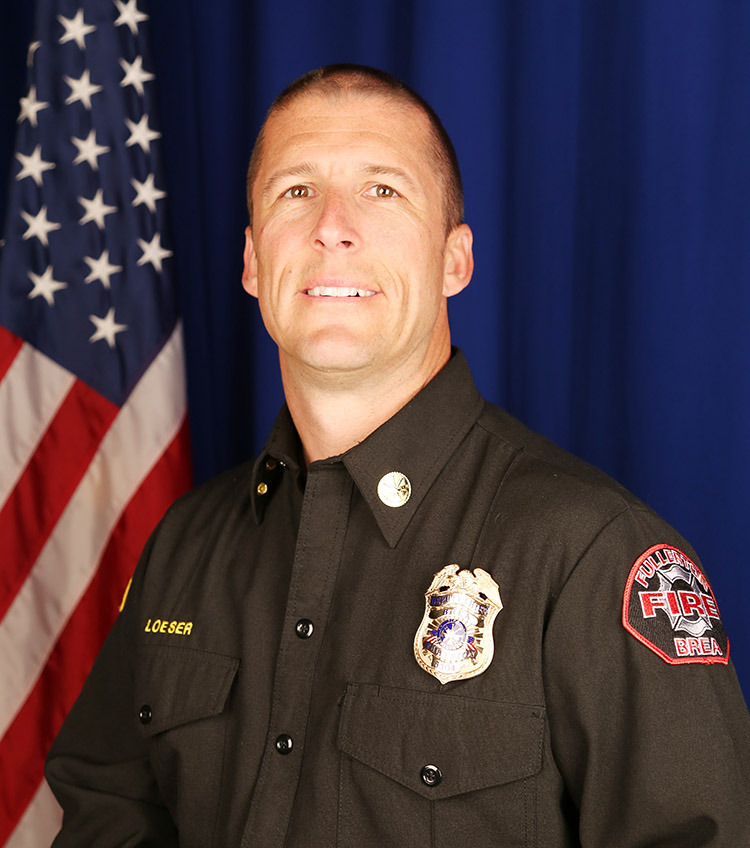