Shortly before midnight on February 5, the Fullerton City Council attempted to remove Councilman Bruce Whitaker from the board of the Orange County Water District (OCWD). Whitaker currently represents Fullerton rate payers, having completed two years of his four year term.

Last month, the Fullerton City Council acted to fill the at-large vacancy created when Mayor Jesús Silva won the District 3 council seat in the November 2018 election. From a field of 26 applicants, Jan Flory won the council appointment to the vacated seat in a 3-1 vote (Whitaker, no).

The council had recently discussed Fullerton’s appointments to Regional Bodies and Workgroups and agreed to keep Whitaker on OCWD. But, according to the staff report accompanying the February 5 agenda item, newly-elected Councilman Zahra and Mayor Pro-Tem Fitzgerald later directed City Manager Ken Domer to place a new item on the night’s agenda concerning appointing Councilwoman Flory to Regional Bodies.

That agenda item included no rationale supporting any changes to any specific body, so it was a surprise when a discussion and vote to remove Councilmember Whitaker from the OCWD Board position came up–with Councilmember Zahra nominating himself for the position. Councilman Zahra noted he sought appointment to “offer a new perspective.”

Council followed Zahra’s nomination with heated discussion, but nothing concerning what OCWD is, what it does, or how it impacts Fullerton was offered from the dais. 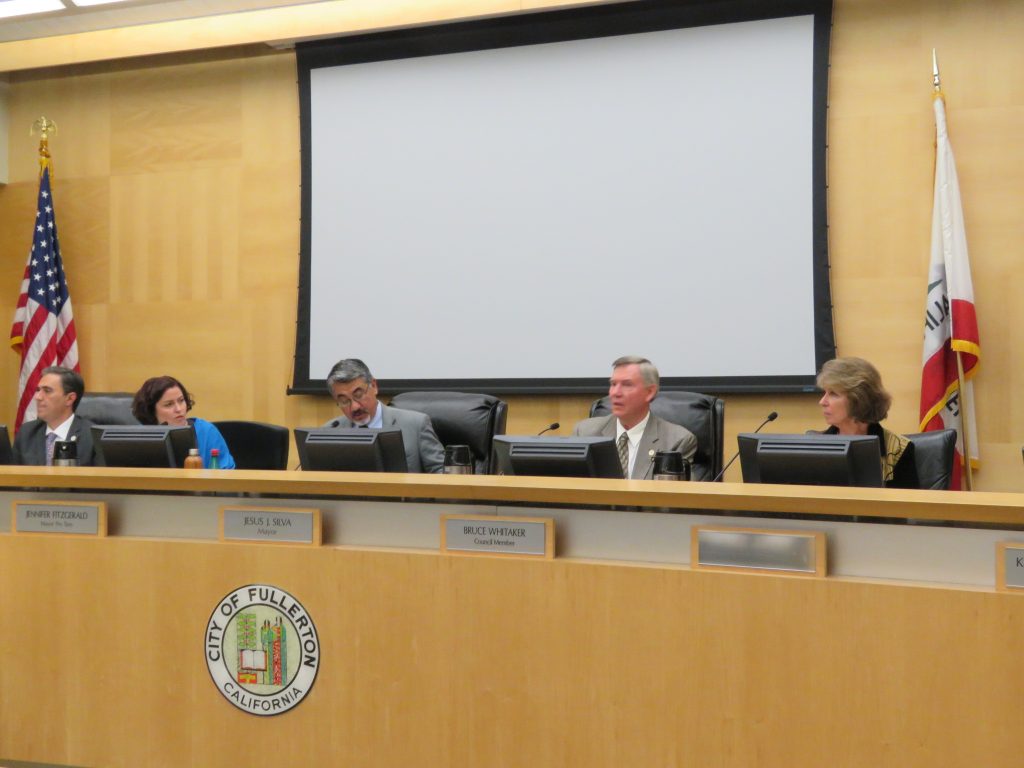 Mayor Jesus Silva voted to oppose the change and listed reasons it was important to keep Whitaker on the OCWD board.

Following the meeting, I filed a complaint with Fullerton’s City Attorney and City Manager alleging a violation of California’s Open Meeting Law, commonly known as the “Brown Act,” invalidating the February 5 decision due to the council acting on an item not properly appearing on the agenda.

Summarizing the finding, City Manager Domer wrote in his weekly report to Council: “a person reading the Recommended Action would not have reasonably expected the action that actually took place and therefore interested persons were not afforded the ability to provide public comments on the item/action.”

With the action invalidated, the council will reconsider its appointment to Regional Bodies, including OCWD, at the February 19, city council meeting.

What Does OCWD Do?

The OCWD is the administrative board responsible for maintaining one of the largest aquifers in the world, which lies beneath Orange County and provides 75% of the water used by two and a half million residents, including those of Fullerton.

The agency owns or controls the entirety of the Santa Ana River, including many square miles of land behind the Prado Dam.

OCWD’s current year budget of $240 million includes operating costs for the largest urban water recycling facility in the world. OCWD’s programs provide clean and affordable water, employ over two hundred staff, and include over a billion dollars in assets from the county coast (sea water injection barrier) to the mountains (water capture and retention facilities).

California water rights laws normally allow for free access to groundwater. The state legislature crafted unique powers for OCWD when creating the agency in 1933, including enabling charges for anyone with a water well a fee for every gallon pumped from the managed aquifer.

OCWD uses the fee to maintain the aquifer, including the cost of recharging the basin using local water capture, recycled water injection/recharge; as well as to purchase water from import agencies, like the Metropolitan Water District (MWD). 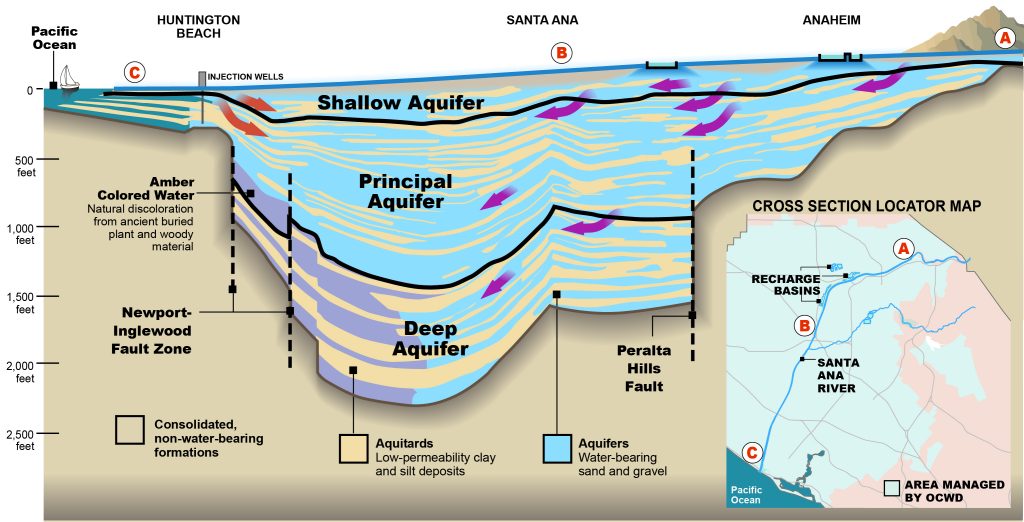 OCWD’s ten-member governing board includes directly elected and appointed governing officials representing municipally owned utilities supervising a professional management staff. Governing Board members are paid per meeting, and the compensation can be significant, approaching and occasionally exceeding $60,000 per year.

For context, a Fullerton City Councilmember receives about $10,000 in total compensation per year.

The current board includes almost 100 years of collective public service-year experience. There are no freshman politicians on the board. According to this author’s research, no first-year councilman has ever been appointed to serve a represented constituency in the 80+ years of the District’s existence.

Bruce Whitaker has been Fullerton’s representative to OCWD since 2017. Whitaker also served as Fullerton’s representative in 2012 but was ejected by a council majority (Chaffee/Fitzgerald/Flory) in 2014. Jan Flory served the remainder of that term completed in 2016. Flory sought a second OCWD term after declining to run for reelection to council, but the council majority selected Whitaker to replace her.

Fullerton draws most of the city’s water from the local aquifer maintained by OCWD, with the balance imported from the State Water Project.

Challenges to the viability of future water supply from the aquifer include the yet-to-be-mitigated plume of pollution stemming from Fullerton’s aerospace era as well as potential rate increases associated with Poseidon, Huntington Beach’s proposed desalination plant.

OCWD supported designating the plume an EPA “Superfund” site and is considering a 50-year deal with Poseidon to recharge the aquifer. With the plume removing Fullerton’s shallower wells from service, Whitaker supported seeking the EPA’s help. Whitaker opposed OCWD’s proposed contract with the desalination plant, which includes a fixed take-or-pay provision over the life of the contract and a guaranteed premium above lower cost alternatives.

The council will reconsider its appointment to Regional Advisory Bodies, including OCWD at the February 19, city council meeting at 6:30pm at Fullerton City Hall.