It’s a tragically familiar story for many Californians. You receive notice that the home you are renting has been sold and the new owners are dramatically increasing the rent, because there is no rent control and, under California law, there’s no limit on the amount rents may be increased. Property owners are protected by Prop 13. Renters have no such protection.

For most folks who cannot afford the new rent, they simply move. But what if you are a senior on a fixed income or social security? And what if you live in a mobile home park where you actually own your home, but must pay rent in the form of “lot fees”? If the new owner dramatically increases your lot fees, what are your options then?

These are the questions that hundreds of senior residents of the Rancho La Paz mobile home park in Fullerton and Anaheim are now facing. On February 28, over 380 residents of Rancho La Paz received word that the mobile home park had been sold, and the new owners were increasing rents by an average of $300 per month for residents who were paying around $680 per month—a 44 percent increase. 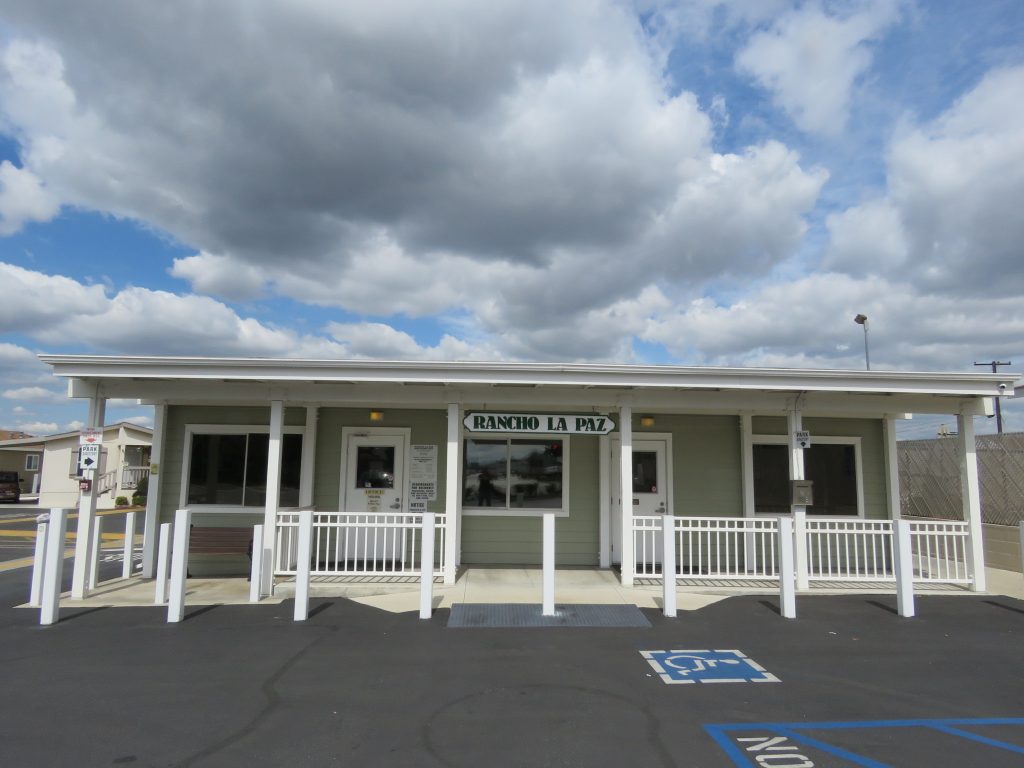 “Since this is a senior park and most of the seniors here live on fixed incomes this is a travesty,” said one resident of Rancho La Paz, “We have people so frightened they are talking about suicide.”

Most of the mobile home owners are on fixed incomes and over 70 years old. Some are still paying a mortgage on their mobile homes, and the lot increase puts their living expenses above what they can afford on Social Security. Residents are also still responsible for their own utilities.

According to the notice residents received, if they call a Mr. Michael Cirillo of Star Management (the property management company) there may be some assistance up to $200 for those who can’t afford the increase and qualify.

”However calls to that number have not been answered and many residents are panicking,” said one resident who lives at the park and has been trying to find help for her neighbors.

The Observer also tried to contact Mr. Cirillo and Star Management, and his various other companies including one that buys up mobile home parks across several states, and another which purchases and resells mobile homes. Observer attempts to contact Cirillo by both phone and e-mail, have received no response to date.

In desperation, one resident contacted local elected officials of both cities, and reached out to the California Mobile Home Assistance Center, and Orange County Fair Housing, among other agencies. So far only Anaheim Councilmember J. Moreno and Fullerton Councilmember Ahmad Zahra have returned the resident’s call for help saying they would look into it.

The residents are holding a meeting on the topic on March 20 at 6pm at the Rancho La Paz clubhouse.

Orange County Fair Housing, reached for comment, told the resident and the Observer that “the notice appears to comply with California’s Mobilehome Residency law. Under Civil Code §798.30 rent can be increased without limit by way of a 90-day notice, provided that any such increase is also consistent with the provisions of any fixed-term lease that may be in place. Unfortunately, without any restraints on rent increases put in place by the local government the park operators can increase rents to levels that they believe the market will bear without consideration of the ability of the current residents to pay those increased rents.  Mobile homes, once thought to be a portion of the housing stock considered as affordable, are now becoming out of reach to many people in the same way as apartments and for sale properties.”

According to Covarrubias, “There would have to be a local measure, or a city would have to see this as a crisis and then enact a local ordinance that would allow for some measure of control over the rents.”

Both Fullerton and Anaheim contracted with the Fair Housing Foundation in Long Beach for matters concerning fair housing. The Observer contacted that agency for a comment but did not receive a call back by press time.

The notice sent to residents claims that with the increase, the lot rents will still be “substantially below the fair market value for housing and amenities of the same quality.” A quick check of lot fees in the area found them ranging from $500 to $1,250. According to a resident with the increase the fee to rent the lot beneath their homes will cost park residents from $1,000 to over $1,500 depending on whether they live on the Anaheim or more expensive Fullerton side.

Many residents fear that they will have to sell their homes and move though selling and moving out in 90 days seems an impossible task even if they could find another affordable option in this area where but low income housing is hard to find.

However, an interested buyer is waiting in the wings. The very same Michael A. Cirillo of Star Mobilehome Park Management may be in charge of future sales of units at the park if the elderly homeowners are forced to sell. His company shares a Santa Ana address with M. A. Cirillo & Associates, and Star Mobile Home Sales Inc. All the corporations list Michael Cirillo as president. In addition, Cirillo is a partner in Pacific Current Partners LLC which buys up and operates mobile home parks in Las Vegas, Nevada, Utah, and California (where it has purchased 25 mobile home parks througout the state including Orange County cities of Anaheim and Placentia).

According to the notice from Star Management and Paracorp, LLC  (the agent for the new owner Peace Ranch LLC), “We are a long-term, ‘buy and hold’ park ownership and need to increase park revenue to maintain our plan for continuation of the community.”

New owner Peace Ranch, a Limited Liability Company registered in Delaware in January 2019, but has no website.  However, its agent Paracorp LLC is also  the agent for a Peace Ranch LLC registered as a foreign company in 2018 with address 1830 E. Sahara Dr., Ste 114,  Las Vegas, Nevada 89104.

The legality of this situation is being researched by the Observer.
The plight of the Rancho La Paz residents perhaps speaks to the larger need for rent protections in California, especially for seniors and those on fixed incomes.

At the March 18 Anaheim Council meeting, there will be a presentation and discussion regarding rising rents and affordable housing.