Community Organizer Ellen Ahn is 2019 Woman of the Year

Assemblywoman Sharon Quirk-Silva and the California State Assembly honored Ellen Ahn as the 65th Assembly District Woman of the Year during a ceremony held in Sacramento on March 5.

“Ellen Ahn has been exceptionally talented in bringing valuable resources to Orange County, and especially to the Korean American community,” said Quirk-Silva, “She has started from small, grassroots organizing to large-scale community organizing in order to provide people with a myriad of resources. She is a living example of a leader that gets results.” 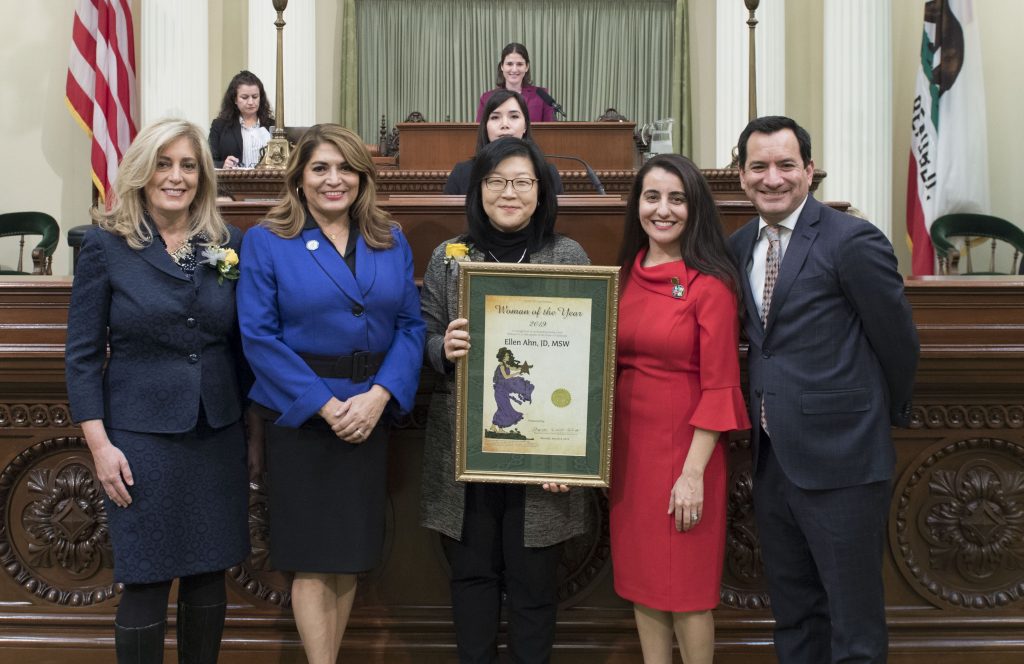 Ellen Ahn (at center) was named 2019 Woman of the Year by District 65 Assemblymember Quirk-Silva (on left) and Monique Limon, chair of the CA Legislative Women’s Caucus (on the right).

Ahn has served as the Executive Director of the Korean Community Services (KCS), since 1998 and has led the growth of the agency from a small group of five employees to over ninety strong.

Today, KCS is a vibrant and dynamic multi-service community-based organization which provides health, educational, immigration, legal and social service programs to over 2,000 people per year through service centers located in several OC cities, including Fullerton.

A Fullerton resident for over 20 years, Ellen Ahn has also been very involved with many local non-profit organizations which help to strengthen the community, including OC Human Relations.