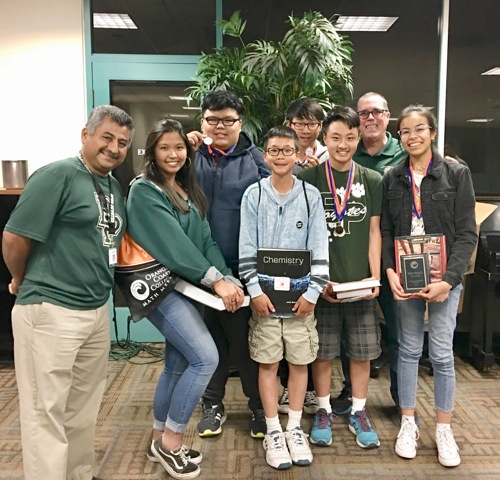 A team of 6 students from Buena Park High School made school history on March 15th winning a place in the top three teams (out of 24) at the Orange Coast College Math Meet. In addition, Buena Park High’s Justin Hsu came in first with  a score of 317 points in the individual competition section.

Twenty-four teams competed in the event, including schools such as Troy, University, Dana Hills, and Cypress High School.

On the day of the event, all teams signed in and entered the testing room, leaving behind their coaches and then began the test.

The competition consisted of answering one hundred math problems in one hour, including questions in Advanced Algebra, Geometry, Trigonometry, Calculus, and Statistics, leaving a mere thirty-six seconds per problem.

After an hour of grueling work on the one hundred math problems, all competing students had the chance to get a sneak peek of Orange Coast College’s new planetarium. Following that, students were able relax for some time while eating dinner, dessert, and participating in giveaways.

Competitors awaited the results of the competition anxiously as time went by and when the time came to hear the results for the event, everyone was hooked.

Following that exciting announcement, the winners for the competition as a team were also announced. Buena Park High School came in third place out of all twenty-four teams with a total of 913 points. When asked about the experience as a whole, the team members said:

“I finally felt like I did something! Our team slogan, the formula for differentiating a product of two functions is ‘Right d-left plus left d-right, stand up, sit down, fight, fight, fight!’” – Justin Hsu

“This is surreal. I think this was only possible because we did this as a team. -Christopher Lee

“All the time we put in preparing for the competition really paid off and I’m looking forward to doing it again next year.” -Camila Cabrera Martinez

“The team ate a power lunch at Mitsuwa market in Costa Mesa. You can’t think right with an empty stomach.” -Aron Chung

“I’m very grateful for the teachers that spent their time helping us prepare and taking us to the competition.” -Jared Hsu

“This was a new experience for me but I believe I learned a lot from it.” -Jessica Labrador

The team will participate in the competition once again next year, however the team will have to say goodbye to senior Aron Chung and a new member will be selected in his place to count towards the total team score. Until then, the Coyotes will be celebrating this year’s victories! 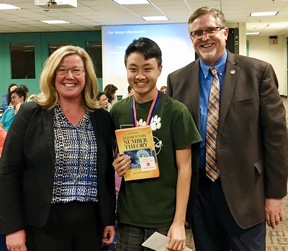