On Tuesday, April 16 members of the Kizh-Gabrieleno tribe, the original inhabitants of the Los Angeles basin and north Orange County, dedicated a spot at the corner of Commercial and Vignes in downtown LA that was a sacred burial ground and the former site of the large El Aliso sycamore tree. 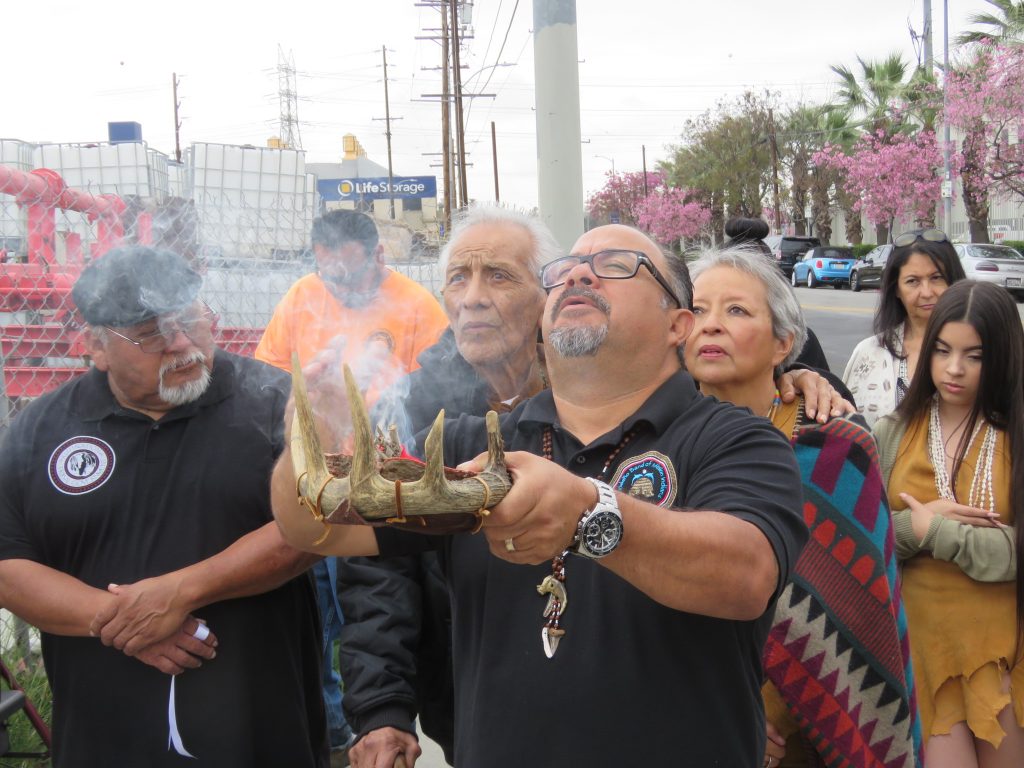 Leaders of the Kizh tribe dedicate the sacred burial ground.

The plaque, which was placed by the tribe and the City of Los Angeles, reads:

Here once stood the grandest of all sycamore (sha’var) trees measuring 60 feet high with a canopy spreading 200 feet wide. The tree was given the Spanish name of El Aliso. The original inhabitants of this area, the Kizh (Keech) or Gabrieleno were known as the people of the willow houses. These indigenous people have occupied this land for over 12,000 years. Their once peaceful life was forever changed by the California Mission Era.

Always important in their history is this tree which once served as a site of worship, gathering, and prayer for the Kizh. Native leaders would travel from as far away as Yuma, Arizona to unite at this sacred site. This too-nas-gna, or sacred burial place, is home to many Kizh burials as it once stood at the center of one of the largest Kizh villages, Yangna, now known as Los Angeles.

While El Aliso is long gone, the shade it provided no longer available and the memory of the conversations under its branches long lost, its significance to the Kizh is not forgotten. While its physical presence is gone, the oral history handed down through the generations has kept its beauty and story alive in the Kizh people.

This plaque is dedicated by the city of Los Angeles to the original native inhabitants of this area, the Kizh—many of whom are still alive today. 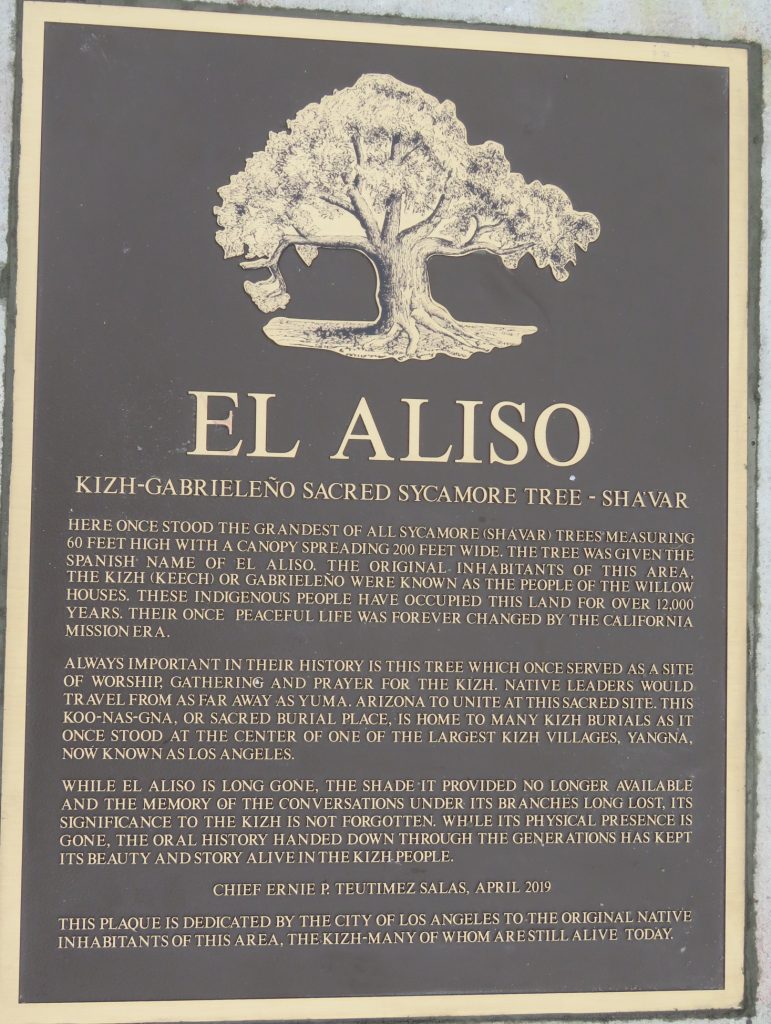 Back in 2017, the Los Angeles Department of Transportation (LADOT) was digging up a stretch of Commercial St. for underground cables, when they came upon human remains that were buried with sacred objects.

According to Andy Salas, son of Ernie P. Teutimez Salas, chief of the Kizh tribe, the remains were over 3,000 years old.

“They were ancient remains,” Salas said. “So they called me and I was able to engage and give recommendations on how to go about treating the site. We came to an agreement that we were going to leave them in situ—leave them as-is.” 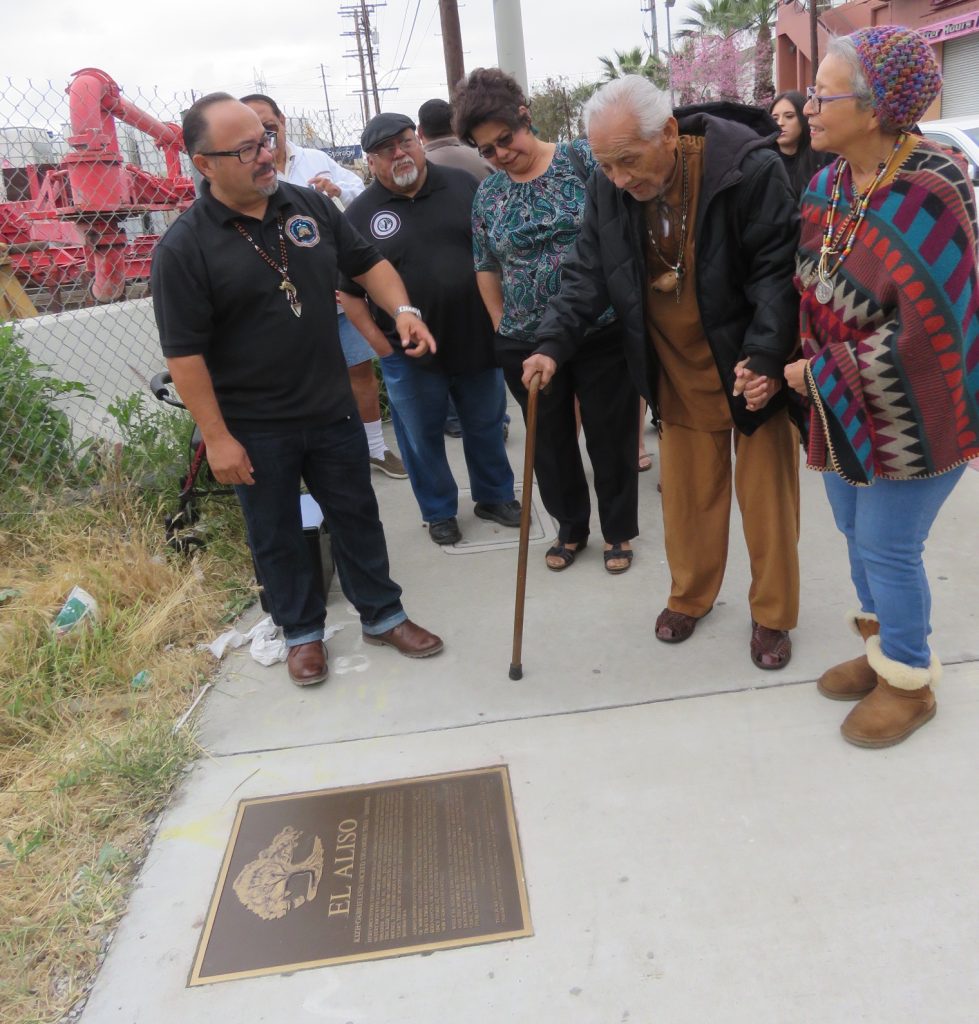 The native ceremonial beads buried with the remains were unique because of the material, style, and design of each bead. Some were shaped as Tamet, or sun symbols, which today archeologists call cog stones.

“They’re sun symbols, utilized by royal families,” Salas said, “So this family that was buried here—mother, father, and child—they come from a prominent, royal family.”

According to Salas, this whole area surrounding the sycamore tree (which was cut down decades ago) and what is now Union Station “was like the Arlington cemetery, where known shamans, known priests, people of authority were buried here,” Salas said.

Native people from as far away as Yuma, Arizona came to this site to visit and pray here. 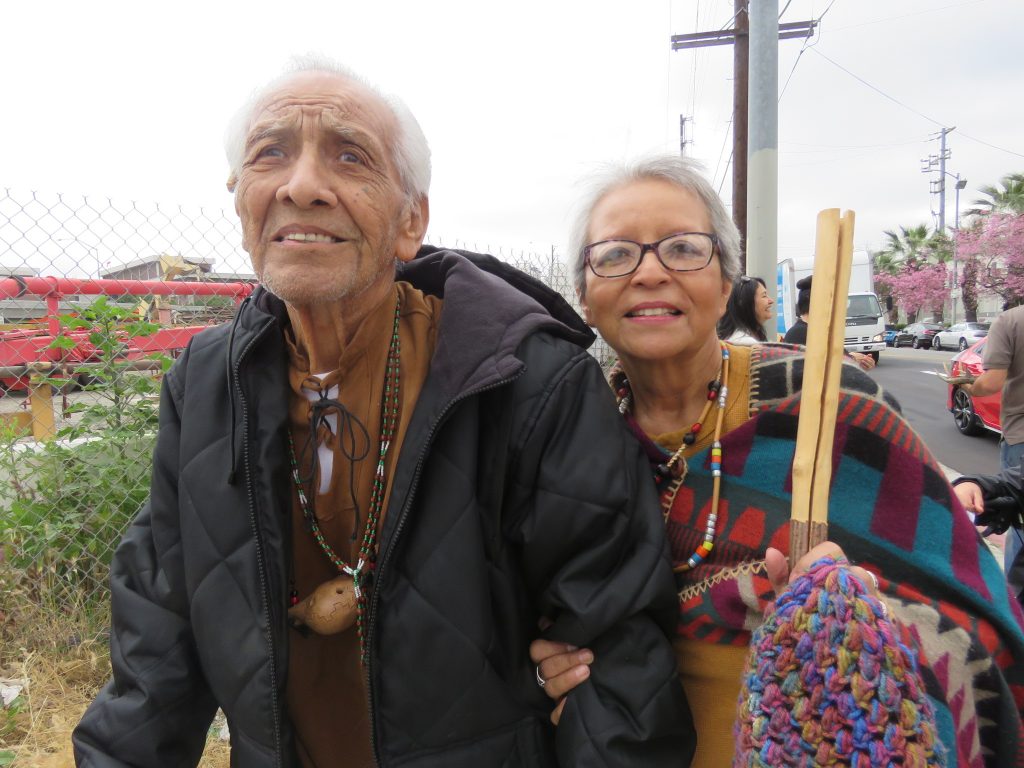 “When the first settlers arrived at this location, and they saw the Indians praying next to this tree, they believed they were worshipping the tree. But it wasn’t the tree they were worshipping. They were praying for the loved ones, and the ancestors who were buried here,” Salas said.

The dedication ceremony, which was attended by members of the Kizh tribe and representatives of the city, began with the burning of sage bundles in abalone shells.

Nadine, daughter of chief Ernie, led the tribe in a welcome song in their native language.

“We’re not a rich tribe, but we’re rich in our culture,” Nadine said, “We know that our ancestors were here. We’re trying to correct the history, the true history—to teach others and the youth the true history of Los Angeles.” 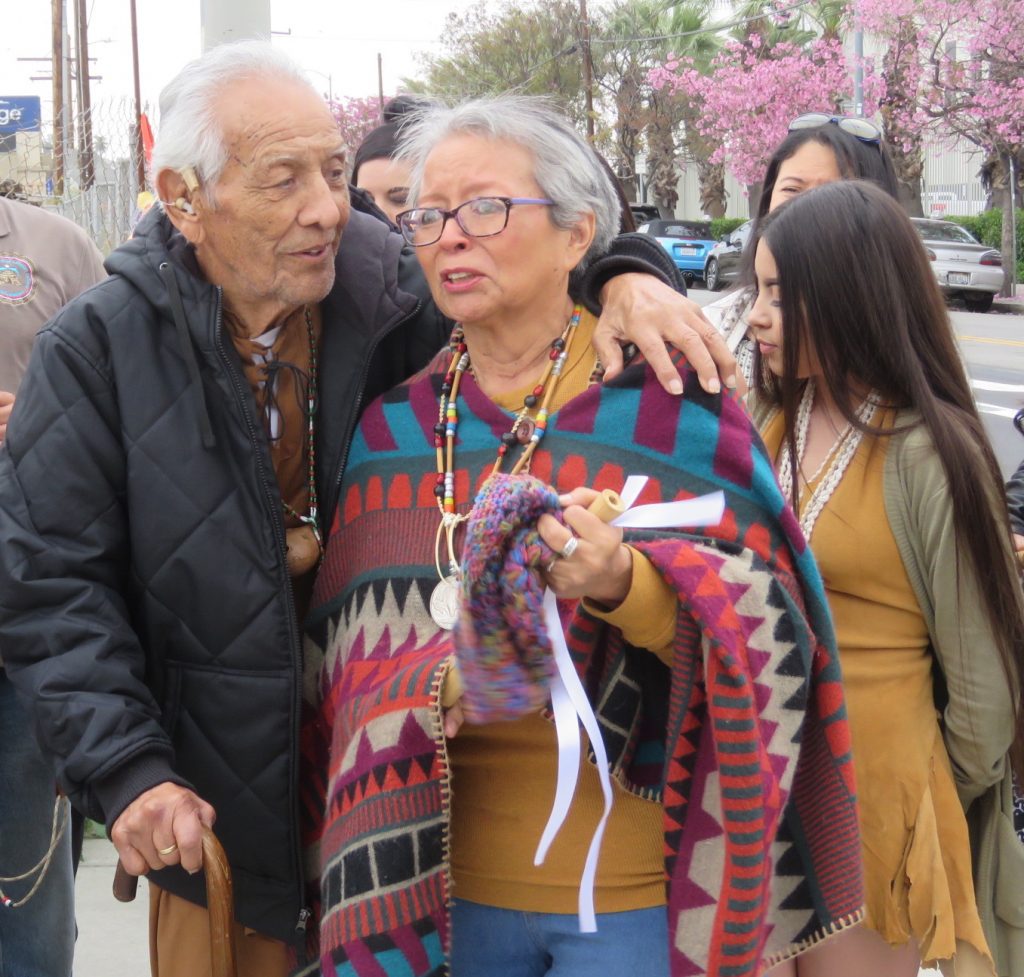 This was not the first Kizh burial site commemorated in downtown LA. In 1996, Andy’s father Ernie oversaw a reburial of 16 bodies that were unearthed during a renovation at Union Station.

The new plaque at Commercial and Vignes bears witness to an aspect of Los Angeles history that many are unfamiliar with. To learn more about the Kizh-Gabrieleno tribe, visit their web sites HERE and HERE. 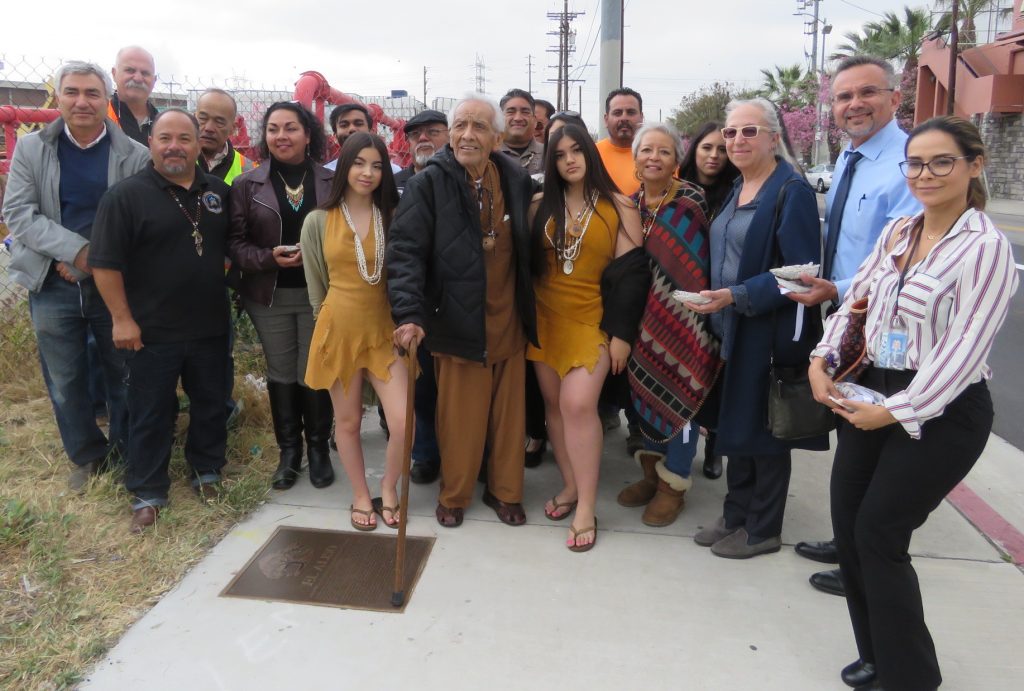 To learn more about El Aliso sycamore tree check out this 2012 KCET article.