The State of the Community

The City of Fullerton, in partnership with the Fullerton Collaborative, hosted its 2019 State of the Community Address and City Celebration Event on May 11 at the Downtown Plaza.

Representatives from various city services and community resources were available for residents to learn about aspects of the city, and opportunities to get involved. 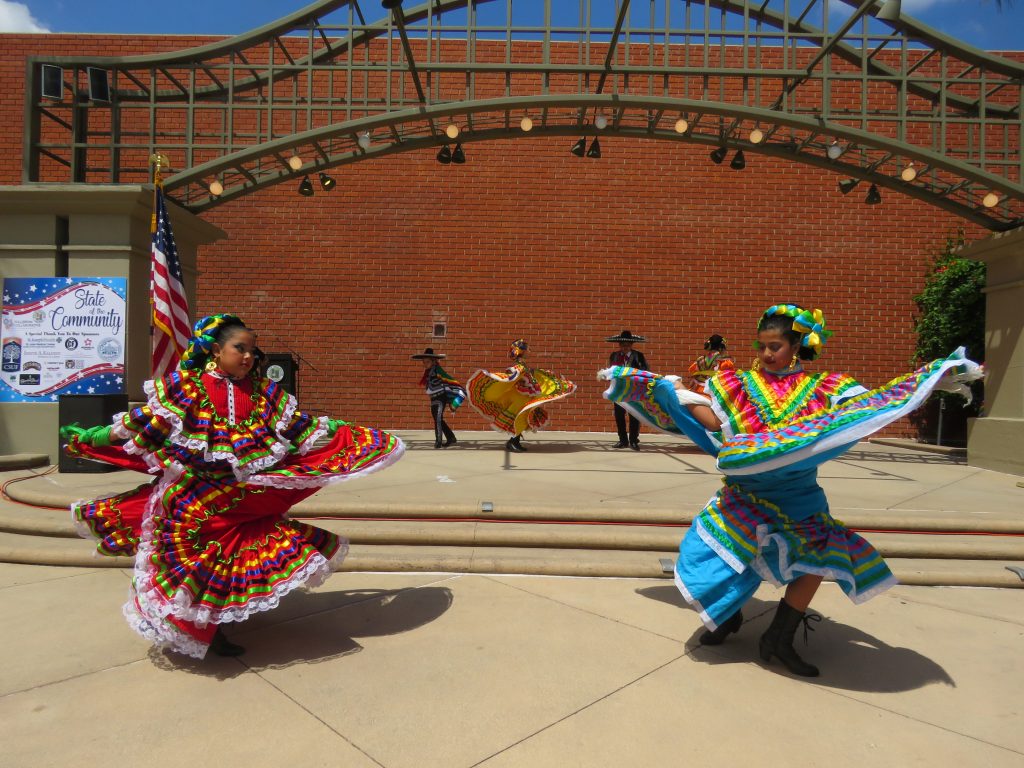 Dr. Jessie Jones, director of the CSUF Center for Healthy Neighborhoods, and the Richman Community Center was honored by Mayor Jesus Silva, as well as other elected officials, for her work in the community.

“She has figured out how to bring so many different groups together,” said Pam Keller.

“Richman Community Center is not only a very active community center. There is a medical center with a full-time doctor, a dentist, all kinds of activities to engage the community,” said State Assemblymember Sharon Quirk-Silva, who thanked Dr. Jones for her work. 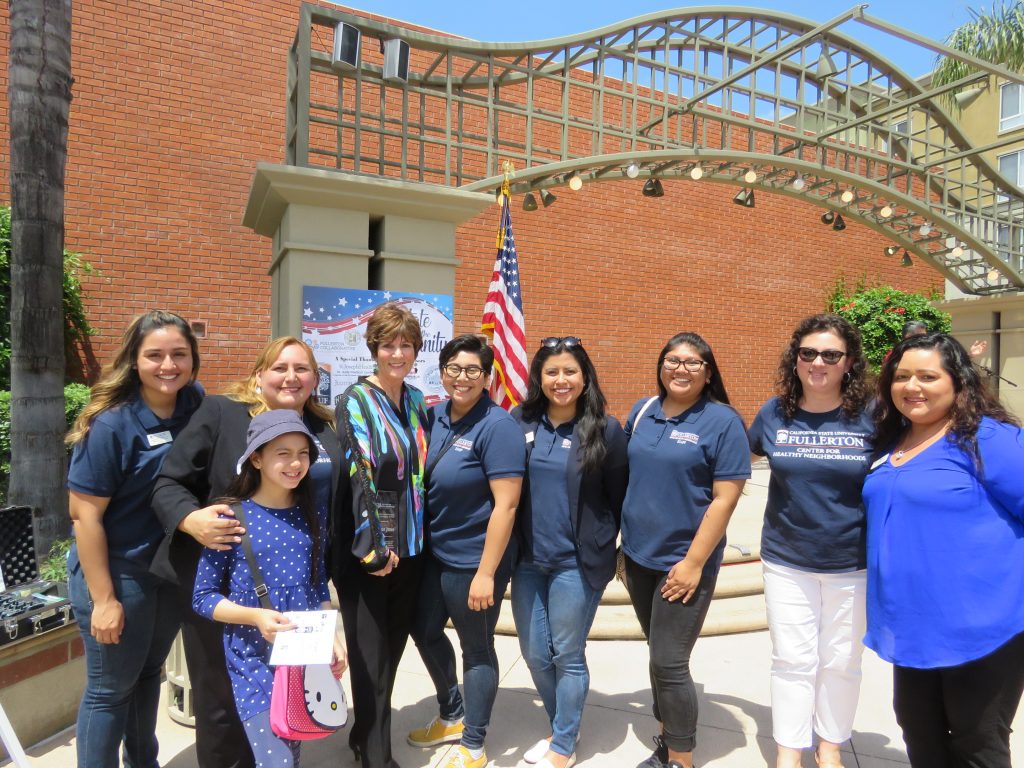 Mayor Silva invited various elected officials to give brief updates on what they have been working on to benefit the community.

Sharon Quirk-Silva, who represents the 65th California assembly district (which includes Fullerton) said that she has presented a number of bills, mainly focusing on housing and homelessness, including permanent supportive housing, and emergency shelters. 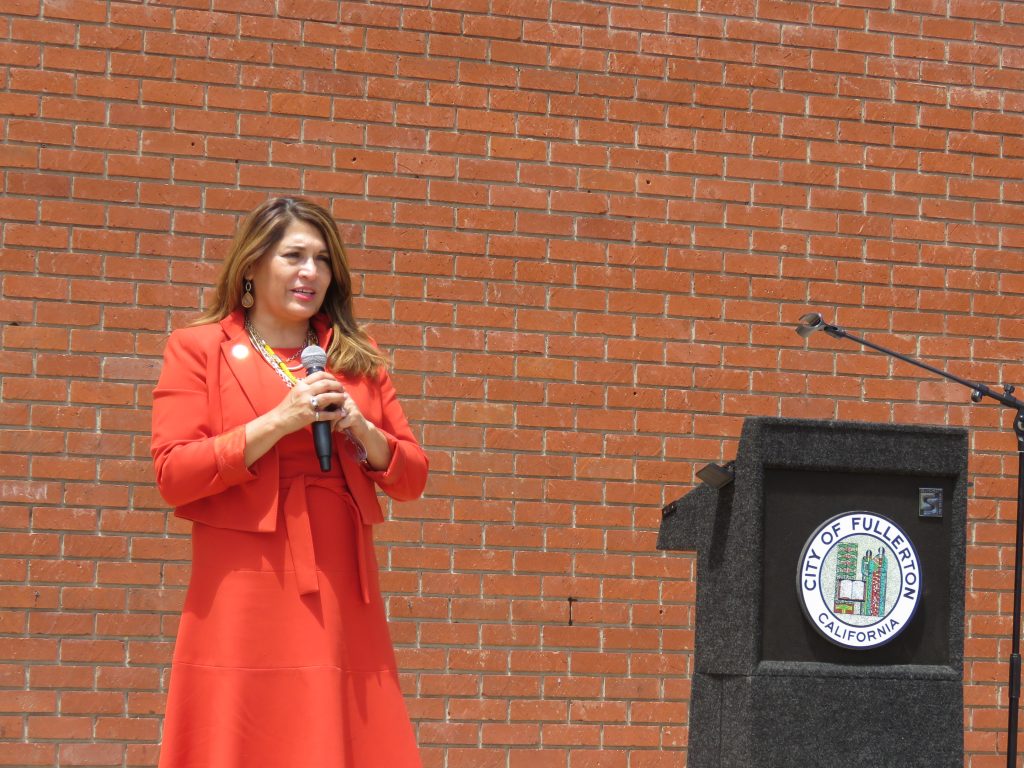 Regarding housing for the severely mentally ill, Quirk-Silva said she is looking to help Fairview Hospital provide housing for up too 200 people who have severe mental illnesses.

District 4 Orange County Supervisor Doug Chaffee said that, at the county level, they are working on expanding the Water Treatment plant, and trying to get a Metrolink station in Placentia.

Chaffee mentioned a couple county health initiates, such as the Be Well campaign—to combine mental health facilities under one roof. The county also recently adopted a Suicide Prevention Initiative, to deal with the high suicide rate in Orange County.

“Our students are amazing, but they do experience struggle, in terms of housing and food insecurity,” Schultz said.

“We’re doing our best to do something about this, working with the legislature to develop solutions that can help our students meet their basic needs,” Schultz said. “We’ve finalized a partnership with Pathways of Hope—to expand our food bank to be open 4 days a week to give our students greater access to food resources.” 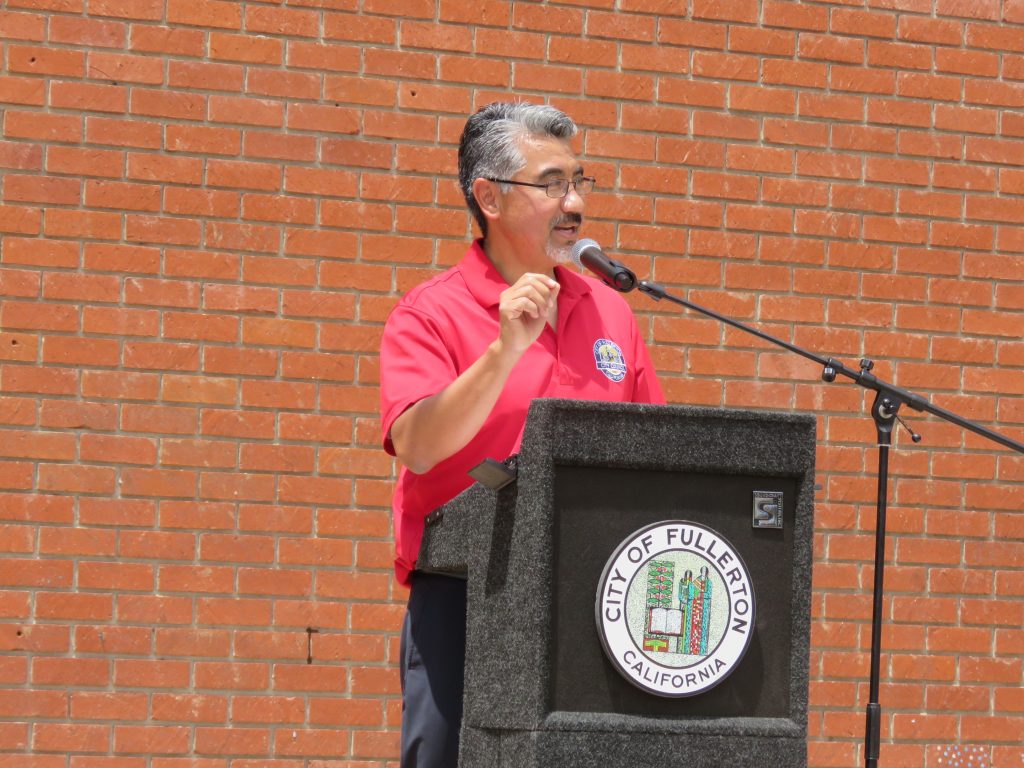 He began by saying that part of what makes Fullerton great are the service groups represented at the event, such as the Women’s Transitional Living Center (WTLC), Donate Life, Pathways of Hope, Healthy Communities, Joya Scholars, the Elementary School District, CSUF (currently the largest CSU in California), and Fullerton College.

Next, Silva talked about various issues the city is currently dealing with, and gave a few ways residents can voice their ideas.

Silva explained that the main sources of revenue for the city are sales and property tax. The city’s current budget for the year is about $99 million, and they are in the middle of the budget approval process for next year.

On Tuesday, May 21 at 5:30pm at City Hall, the city will be holding a “budget study session” in which members of the public can give their input on the budget proposals.

“We are seeking input from you, the residents, to help us,” Silva said. “What can we improve on? Be a part of the input and the conversation.”

The city has also taken steps to make the budget and city finances more open and transparent, by implementing “opengov” tools on the city web site.

“You can go on there and look at monthly reports, annual reports—you can look to see what we’re spending on maintenance, retirement, public services, etc. to give an idea of what we’re using the revenue for,” Silva said.

The city is expected to officially adopt the budget by the June 4 meeting city council meeting.

Silva said that, while the overall grade for Fullerton’s roads is about a D- the city is moving forward with plans to repair its roads.

“We’ve just completed [repairs on] part of Chapman from the 57 freeway to State College,” Silva said. “And in 2020, we’ll start repairing Euclid, thanks to Gas Tax funds.”

Recently, the city council authorized $5.4 million to begin repairing part of Brea Blvd, Brookhurst, and a few residential streets. Part of that funding (about $2.5 million) is from SB-1 (Gas tax) funding, and part is from the sale of city property.

Silva mentioned an upcoming “study session” on infrastructure that will be happening in June, in which residents will have the opportunity to give their input.

Currently half of our water pipes are at least 50 years old, past their useful life. Because of this, in the last few years, we’ve averaged about 100 water main breaks a year, which cost the city anywhere from $5,000-$20,000 an episode.

To deal with this, the city is proposing a water rate increase that will likely take effect in July.

Silva said that the city also plans to implement a “dig once” policy where they can repair both roads and water pipes at the same time.

To address the growing housing crisis, the city has recently opened up three affordable housing projects: Citrea (on East Santa Fe), Compass Rose in the Richman area, and Fullerton Heights on Acacia and Orangethorpe (which is permanent supportive housing to address homeless needs).

Also, last month, the city council waved all the fees to build ADUs (Accessory Dwelling Unit) which are normally about $12,000 in fees.

“We look at this [ADUs] as another means of providing housing for the community—to help with the housing shortage. We have four kids and a couple of them moved away because they couldn’t find affordable housing in Fullerton,” Silva said.

“We are in the process of sending out a request for proposals for future uses of the Hunt Branch Library. We want to see if we can partner up with someone to keep the Hunt as a public asset, a community center, so our residents can use it,” Silva said, “We’re not going to sell it, but we want to make sure we’re able to use it.”

“Residents from the Pacific Drive area around the Hunt Library have said, ‘We need a cultural center. We need a community center.’ So we’re moving towards that,” Silva said.

Silva said the city is trying to “modernize” our downtown, and deal with the problems created by the late night bar scene.

City council recently implemented new regulations for businesses selling alcohol downtown, and  also recently approved a downtown paid parking pilot program,  to see if it can generate revenue for the city—to improve lighting, sidewalks, clean-up, and policing of the area.

Silva urged the public to “keep us honest.” He said that if he or others say something and do not make it happen, to please call them out.

“Part of being on the City Council, for me, is serving the community, serving the people. If I say X and I’m not keeping X, I need to be reminded,” Silva said.

Many of these people are new to the city in the past couple of years.

Silva concluded his remarks by officially kicking off the “Move More, Eat Healthy” summer campaign, a partnership with the Fullerton Collaborative, St. Jude Hospital, and CSUF.

The Move More summer campaign encourages residents to exercise and eat healthy to improve their lives.

What is the Fullerton Collaborative?

Leanna Forcucci, board president of the Fullerton Collaborative, the host of the event, explained what they do.

“The Fullerton Collaborative envisions a diverse and empowered community that lives in harmony and works collaboratively towards an economically secure, healthy, and safe environment where all children adults can anticipate quality education and a promising future,” Forcucci said, “The Fullerton Collaborative currently has 68 members, primarily made up of non-profits, educational institutions, civic and city departments, local businesses, and community members.”