The family and numerous members of the neighborhood turned out to attend the dedication of Tommy De La Rosa Way, a block-long street named in honor of the slain officer. Several city officials, and a huge contingent of the Fullerton Police Department in full dress uniform, also attended the event.

Officer De La Rosa once worked to combat drug and gang activities in the area where the street is located, south of Valencia and west of Highland, that is now being renewed by the addition of a number of new affordable housing projects.

At the time of his death on June 21, 1990, at age 43, Officer De La Rosa was working undercover as part of a multi-agency task force in a reverse drug buy assignment. He was taken to a home on a dead end street in Downey where he was to sell a large cache of drugs. Approaching the house, he was ambushed by gang members attempting to steal the drugs. He returned fire and killed one of the suspects.

The Anaheim police helicopter overhead immediately called in the backup officers and landed to transport De La Rosa to the hospital where he died from the multiple wounds ending his life and 9-year career with the Fullerton Police Department. The remaining three suspects were convicted and sentenced to life without parole. 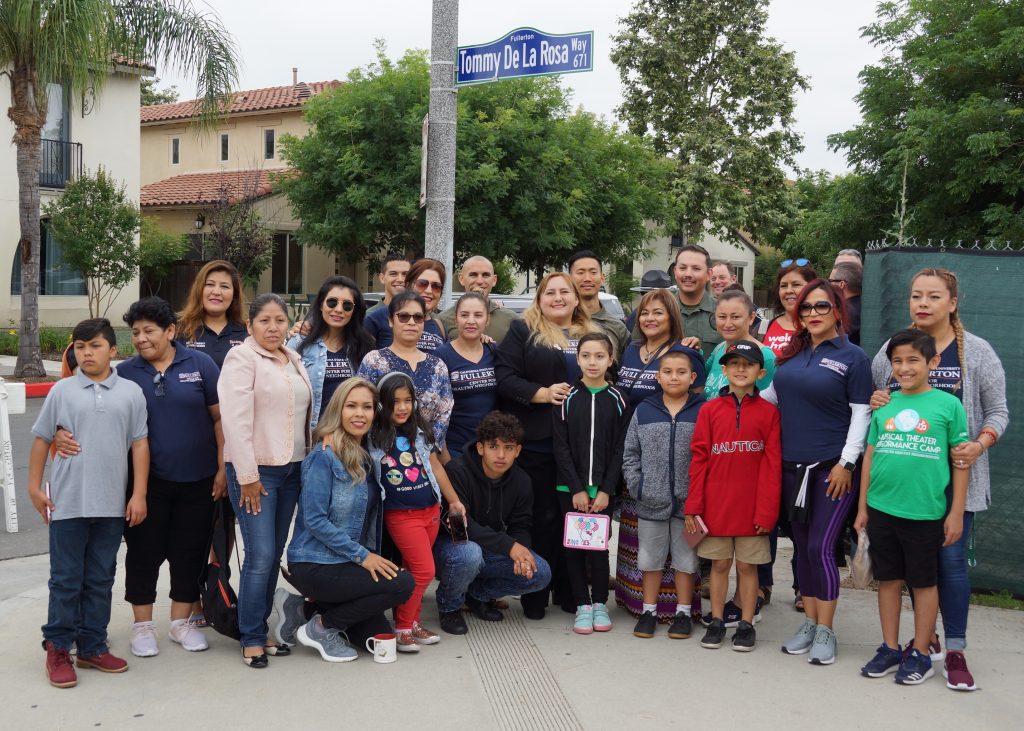