After traveling the world and starring on shows like Miami Ink and New York Ink, tattoo artist Tim Hendricks has returned to his roots as the owner of Classic Tattoo, the oldest tattoo shop in Fullerton.

Tim Hendricks credits his original interest in art to his dad, Don Hendricks, a painter who taught at Fullerton college.

Growing up on the south side of Fullerton, Hendricks saw his first tattoos on guys in his neighborhood.

“The first time I saw tattooing get done, was at a tattoo party. An old cholo dude who had just gotten out of prison was tattooing people in a garage with homemade equipment. And it was like 20 bucks a tattoo. So I paid 20 bucks and got my first tattoo—my last name with feathers or something,” Hendricks recalls.

When he turned 18, he got his first professional tattoo at Classic Tattoo by a guy named Big Frank.

Tim realized early on that it’s hard to make a living just as an artist, so tattooing provided a way to be creative and pay the bills. 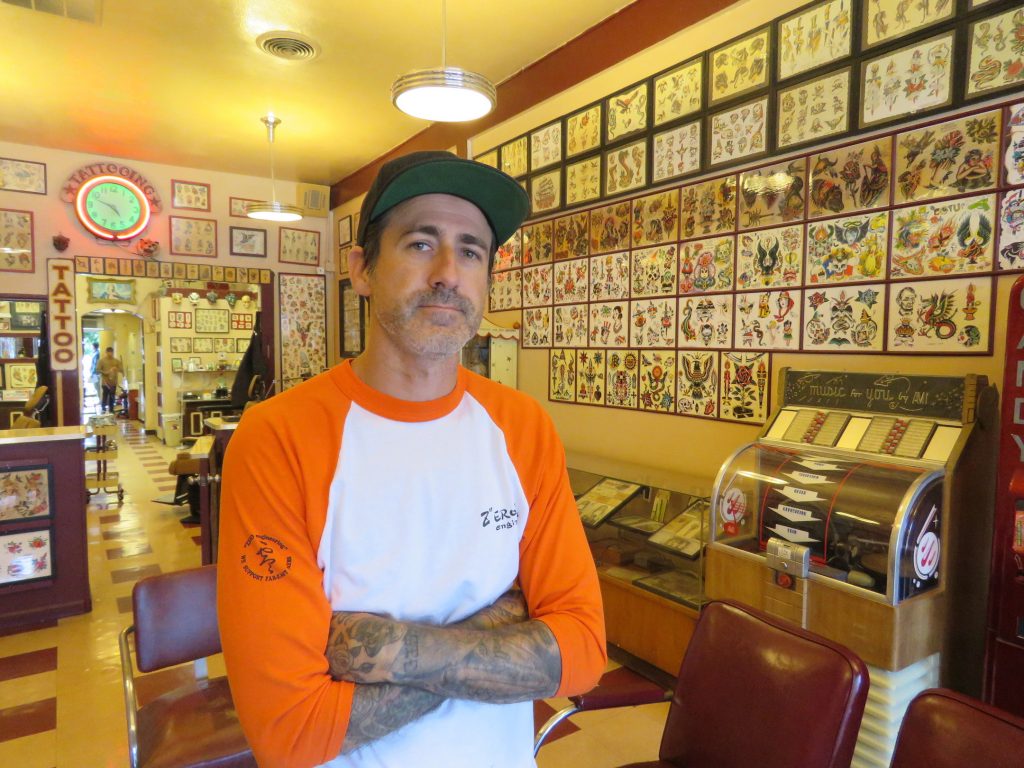 After doing tattoos freelance for a while, and developing his style, he got his first job at a shop called Inflictions in Covina, working for a guy named Steve Potts.

“That’s when I really started to mold and shape my career, but it was rough at first,” Tim recalls. In those early days, some days there was no one to tattoo.

Inflictions ended up becoming one of the busiest shops in Southern California for a while. It was here, in the company of other professional tattooers, that he began to hone his craft.

“It was amazing. I worked with a number of guys—we really fed off each other, critiqued each others work, shattered each others egos on a daily basis, and we grew as artists together,” he remembers.

After that, he went to work at a shop called Electric Tattoo in Balboa under the tutelage of a man named Bucky Crispin (who now works at Classic Tattoo), to learn a traditional style. 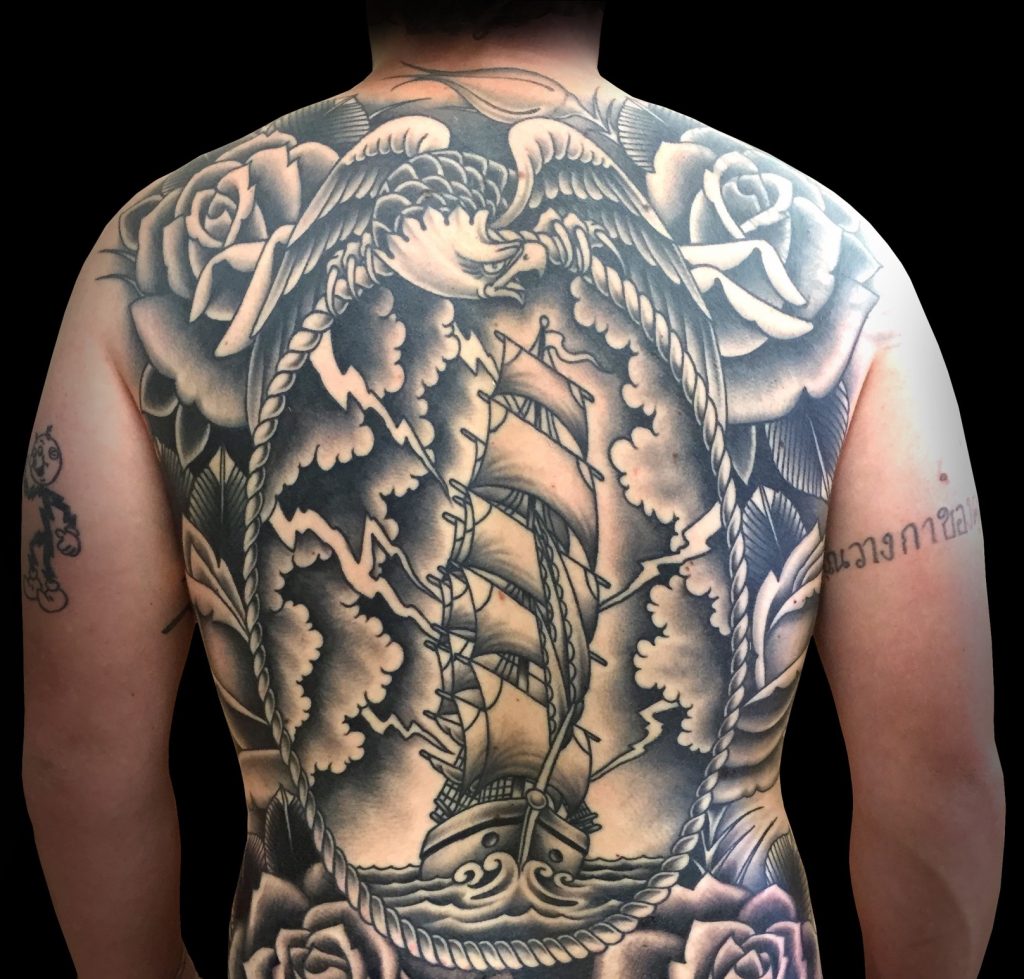 A major inspiration for Tim is Ed Hardy, who made books about the history of tattooing, including one about Sailor Jerry, which introduced him to the rich tradition of tattooing, an ancient art form.

“Tattooing came from old carnies getting tattooed. You had a lot of Coney Island tattooers, you had tattooers at the Bowery in New York,” Hendricks said, “And any sailor port, like the Long Beach Pike. It was military, men dying on battlefields. And between basic training and getting to the battlefield, or laying over in Hawaii, they were getting tattooed. There’s this old amazing tradition behind this craft that I had no idea about, and that changed my style completely.”

After working at Electric Tattoo, Tim went to learn more styles from Clay Decker and Chris Garver at a place called True Tattoo in Hollywood.

Meanwhile, he began to travel the world, attending tattoo conventions and learning from artists around the world.

On his travels, he got to meet some of his idols like Ed Hardy and Freddy Corbin, and Filip Leu, of the famous Leu family of tattoo artists.

“I always looked up to Filip Leu and when I met him he did not disappoint, he was nothing but a smiling genius filled with positive energy,” Tim recalls, “I was enamored by their bond as a tattoo family.” 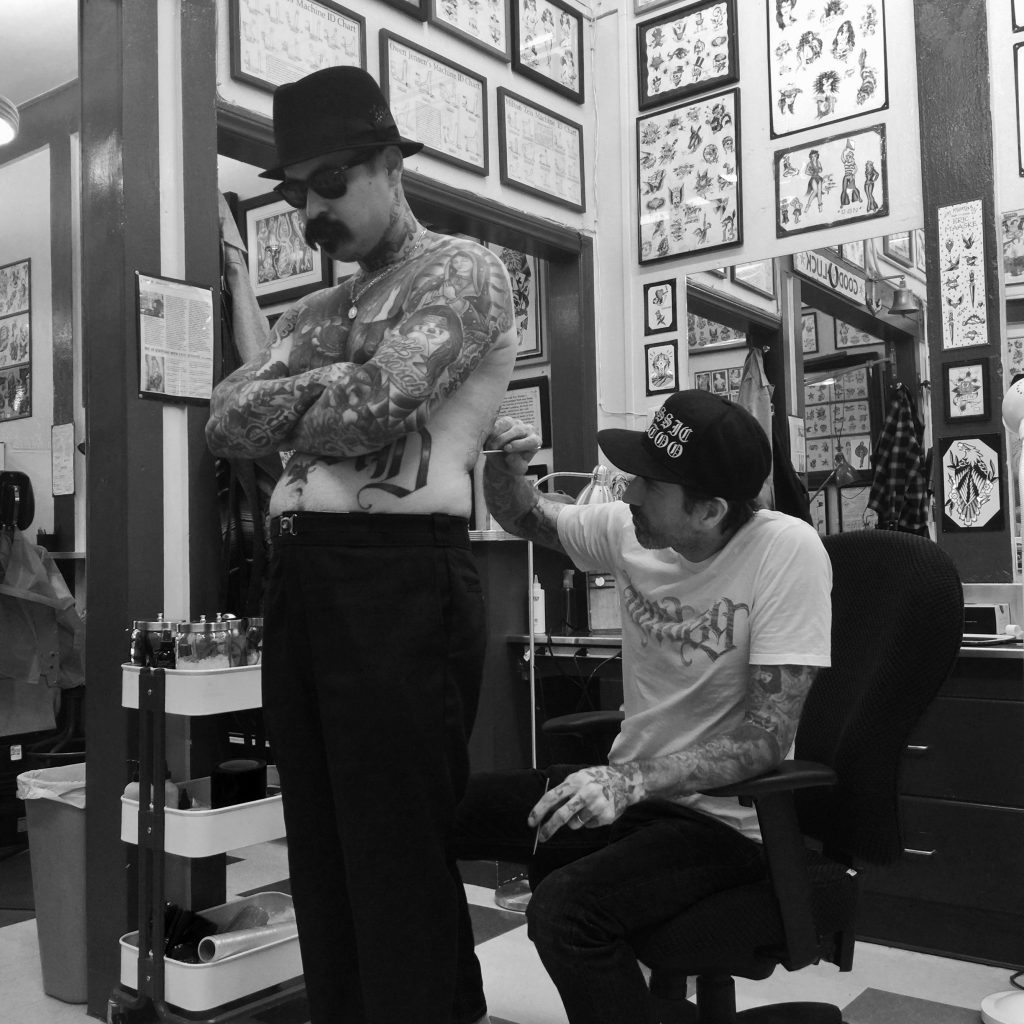 While working with Chris Garver, Hendricks had the opportunity to be one of the artists on the show Miami Ink, first as a behind the scenes guy, and then as a regular star on season 5.

“It was hard but all in all it was an amazing experience,” recalls Hendricks.

After that, he went on to star for two seasons on the spinoff show New York Ink.

For Tim, the most interesting thing about those tattoo shows is learning the stories behind the tattoos people want.

“We tattooed survivors of the Hudson River crash, and they told their story—the real account. We tattooed a guy who saved a woman and her child from getting stabbed to death by a serial killer on a Subway train,” he remembers.

After achieving international and media success, Tim decided to return to his roots and buy the shop where he got his first tattoo, Classic Tattoo in Fullerton.

The shop was made famous by an artist named Eric Maaske, a famous Orange County tattoo artist who tragically passed away in 2004. Eric’s father took over the shop until recently, when Hendricks bought it.

Walking into Classic Tattoo is like entering a museum of tattoo art. Classic, old-school tattoos and photos of tattooed folks line the walls. 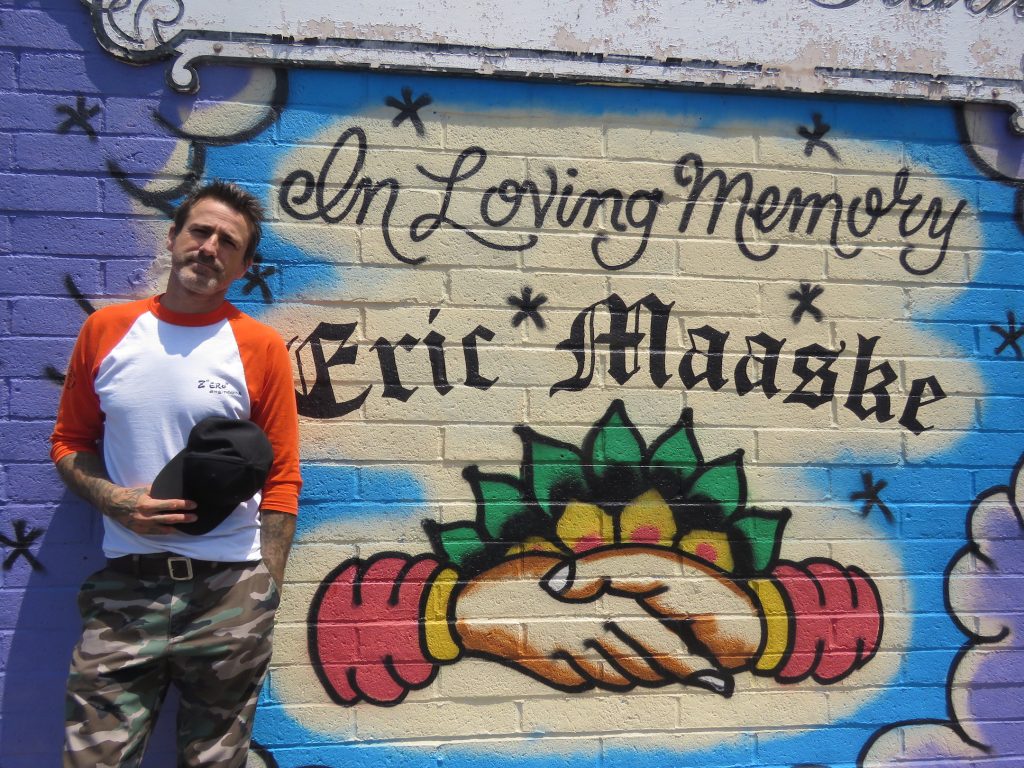 “We have stuff in here from pre-World War II, from the Long Beach Pike; we have things in here I’ve collected from my travels—really old amazing stuff. This is kind of like a tattoo museum—it tells a tale, and there’s a lot of history in this shop,” Hendicks says.

As owner of the shop, Tim gets to work with guys he’s known for years, some who taught him, some who he taught.

“I have an amazing crew of guys—I couldn’t ask for a better crew. Some of them, I’ve been friends with for 15-20 years. Some of them are new friends. It’s a dream come true, it really is,” he says.

For many years, tattoos were a sort of “niche” subculture, but with the success of shows like Miami Ink and others, tattoos have become a pervasive part of popular culture. 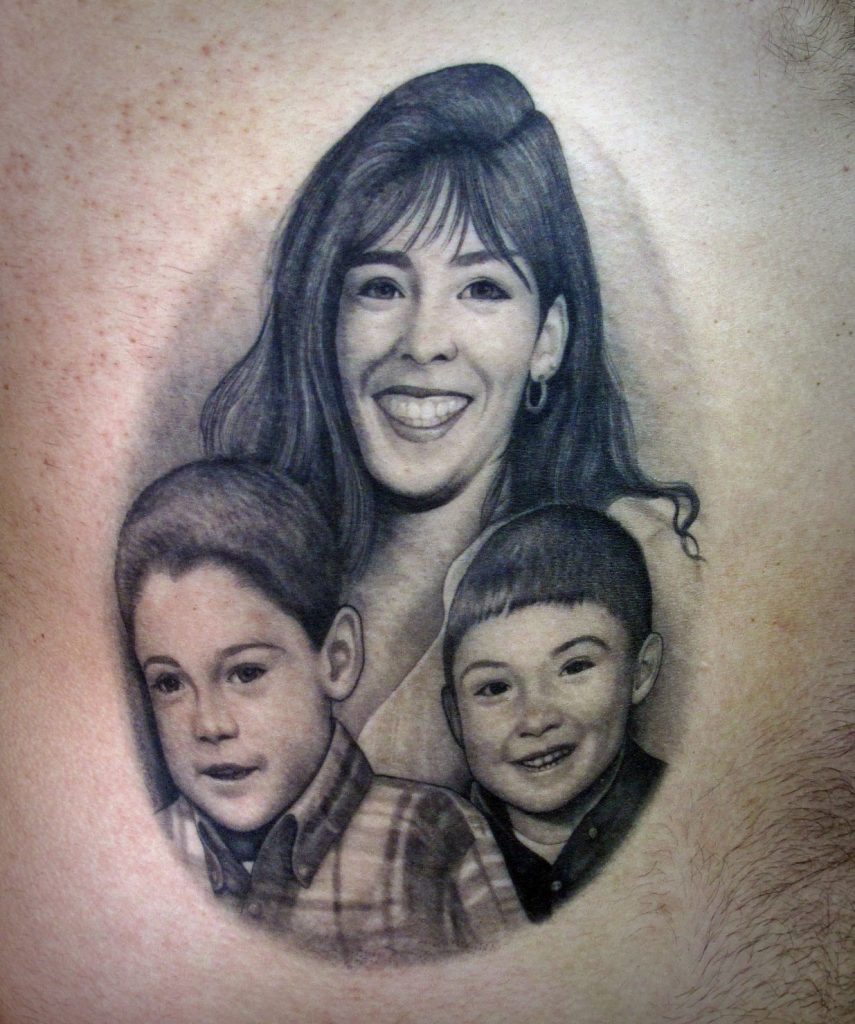 But, even in the world of internet culture, tattoos remain a very human, tactile art form.

“I don’t care how they got here, whether it’s Yelp or Instagram or a magazine like the old days, people still have to nervously walk through these doors and talk to a tattooer. They still have to sit down and I have to manually put a tattoo in, and talk to them about their story, their experience, why they’re getting that tattoo,” he says, “Every tattoo means something.”

After traveling the world, being on television, and meeting his idols, Fullerton’s own Tim Hendricks has retuned home.