On Tuesday, August 6, various public safety and community groups gathered in the downtown plaza for “National Night Out.” 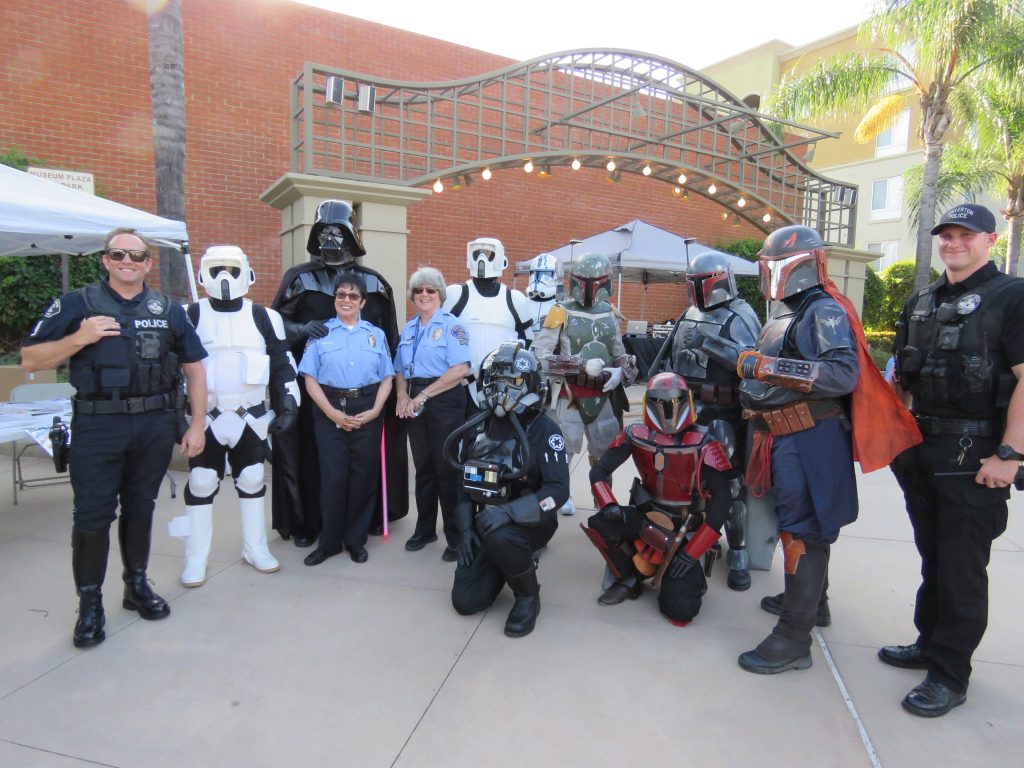 Local police and Star Wars characters were present for National Night Out.

“National Night Out is a nationwide community involvement effort on behalf of each city’s fire and police departments. It’s a show of community, and I really think it’s helping to bring us all together,” said Jose Trinidad Castaneda, who volunteers with the Community Emergency Response Team (CERT).

“We (CERT) activate whenever there’s an emergency that spreads our police and fire departments too thin. We’re all volunteers, but we’re all very well-trained in how to respond to disasters,” Castaneda said. 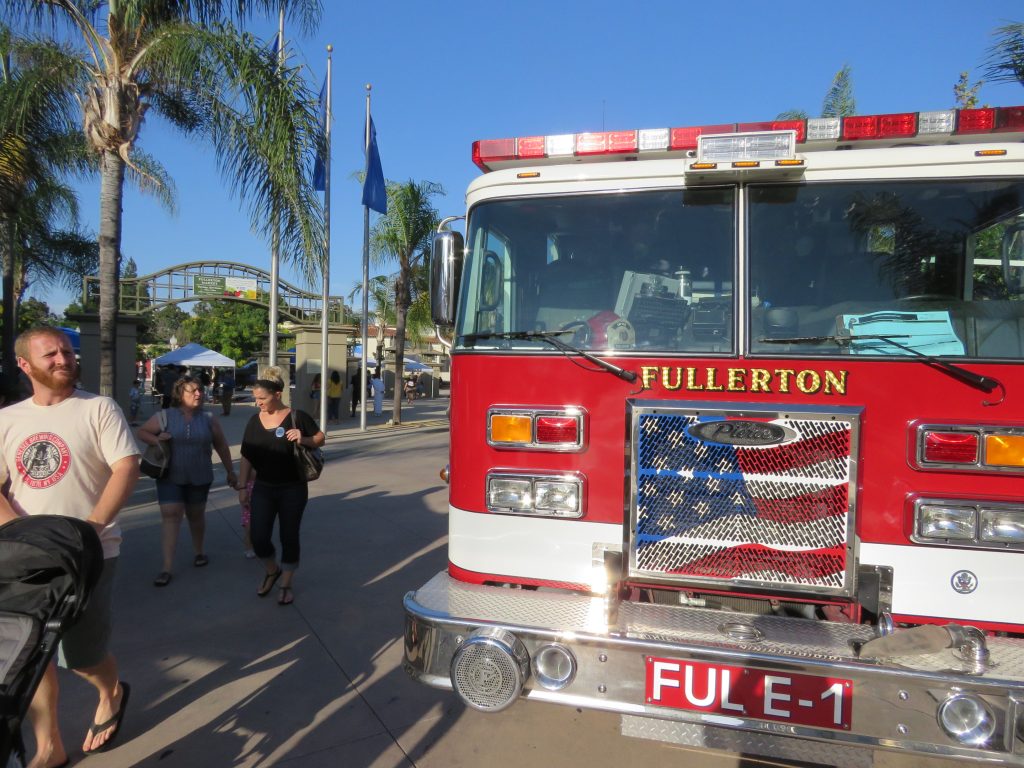 Emergency vehicles, like this fire truck, were parked in the downtown plaza.

There were activity booths, games, entertainment and food, and a special addition this year was in inclusion of Star Wars characters. 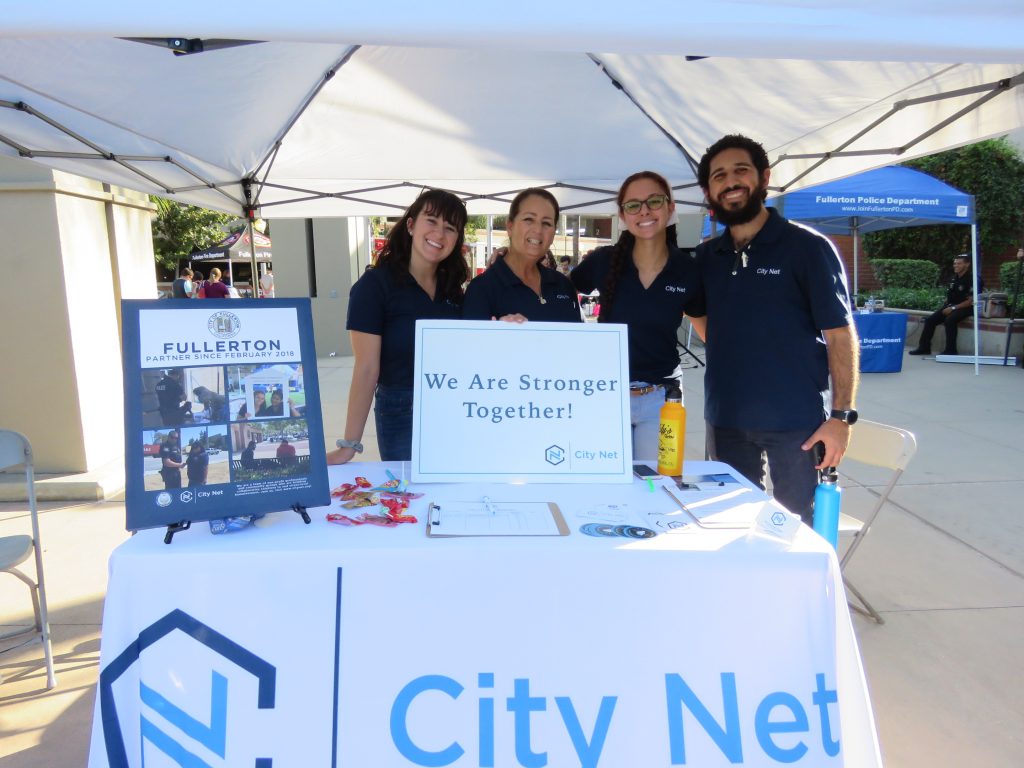 CityNet is a non-profit which does homeless outreach in Fullerton, through a contract with the city. 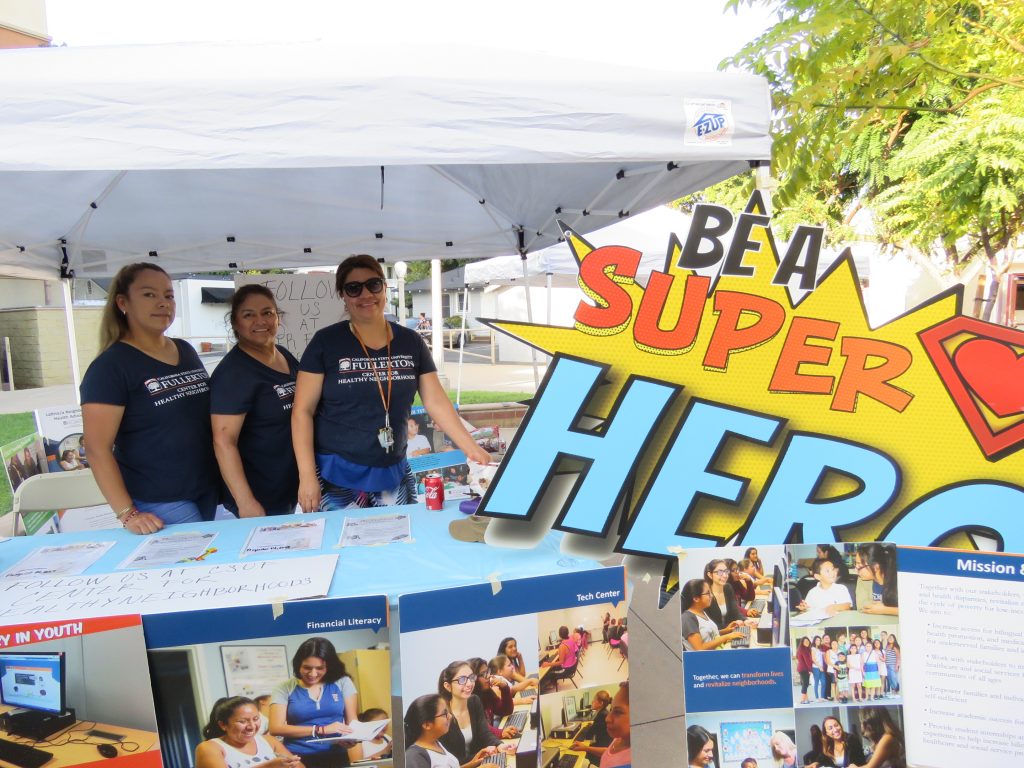 Volunteers at the Center for Health Neighborhoods in Fullerton.