Eagle Scout Gives Back to his Elementary School

Anthony Kharrat, a 15-year old Life Scout with Fullerton’s Troop 292, was a student at Laguna Road Elementary School in Fullerton from 2009 to 2016. During his years at Laguna, Anthony had a strong passion for playing chess and was an avid player who competed throughout the City of Fullerton and regionally. Anthony always found time to play chess with his friends, however, chess pieces and mats were not readily available at the school. Anthony always wished there was a permanent chess table at the playground where he could simply start playing on a whim. 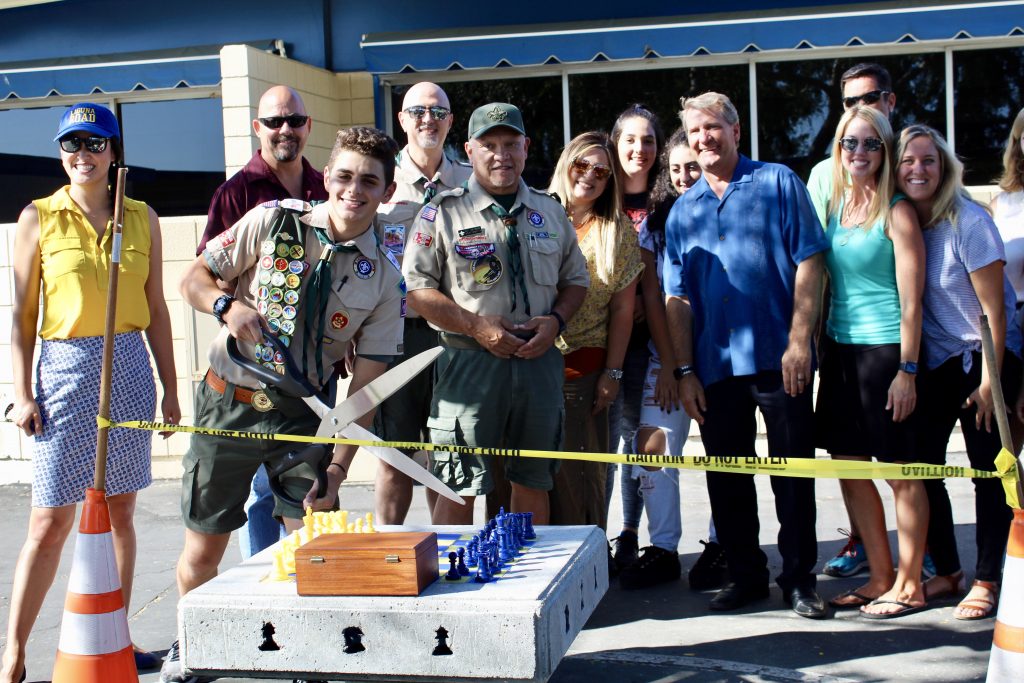 When Anthony joined Troop 292, he learned that one of the major requirements to attain the Eagle Scout rank was to complete a charitable act to his community. That was when he conceived the idea of building a concrete chess table with two benches at his elementary school. He first approached the Principal Dr. Cindy Bak with his idea. She immediately welcomed the idea and loved how his thoughts and project circled back to his school. Anthony was asked to present his concept to the school district representative, Mr. Schlabsz who was impressed and applauded the idea of a student wanting to give back to his school, and in turn, to inspire others. The location of the project was determined the same day on the playground, and Mr. Schlabsz was very encouraging and helpful. 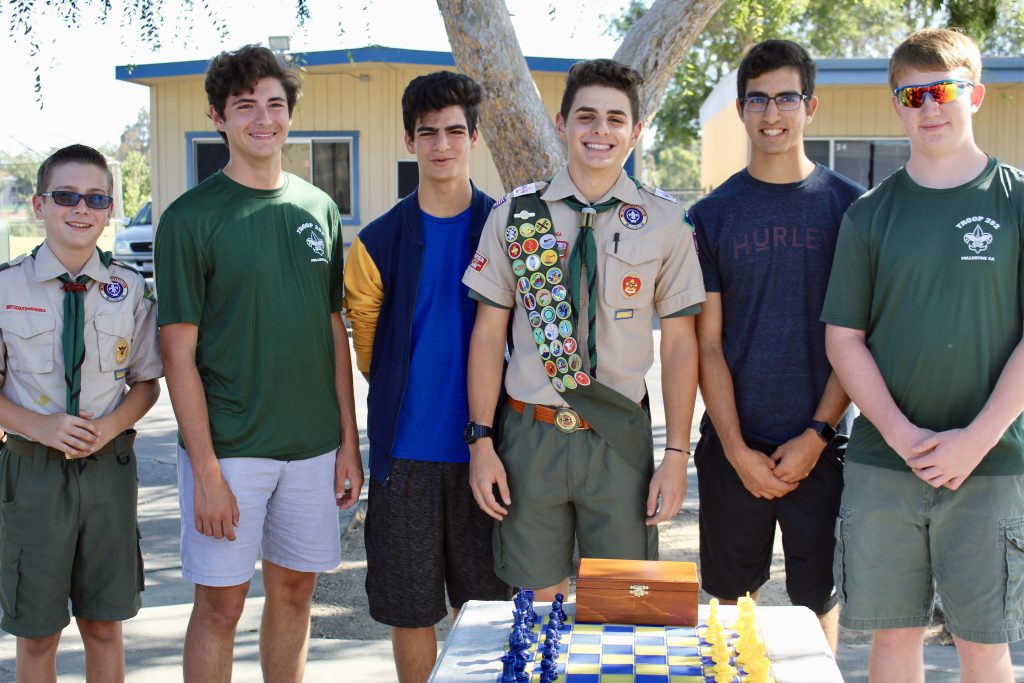 As a part of any Eagle Scout Project, an approval process is required by the Boy Scouts of America.  Anthony received his approval from Troop 292’s Scoutmaster, Guil Caliboso, and the Troop Chair, Christine Suh. An Eagle Scout counselor was then assigned.  Anthony prepared: detailed drawings of both the concrete and formwork designs and dimensions, described the step-by-step process for construction, listed every material, supply, and tool and their quantity and costs, developed a fundraising plan, and more. In total, he received $700 in donations from organizations such as the Izaak Walton League (that sponsors Troop 292) and other companies. Moreover, Anthony assigned four days for the construction of the formwork and the concrete work. However, because of the overwhelming support from the boys and parents of Troop 292, Anthony finished in three days (June 4, 2019). Ultimately, Anthony learned a great deal throughout this project, and most importantly, he truly realized the significance and the joy of giving back to his community. 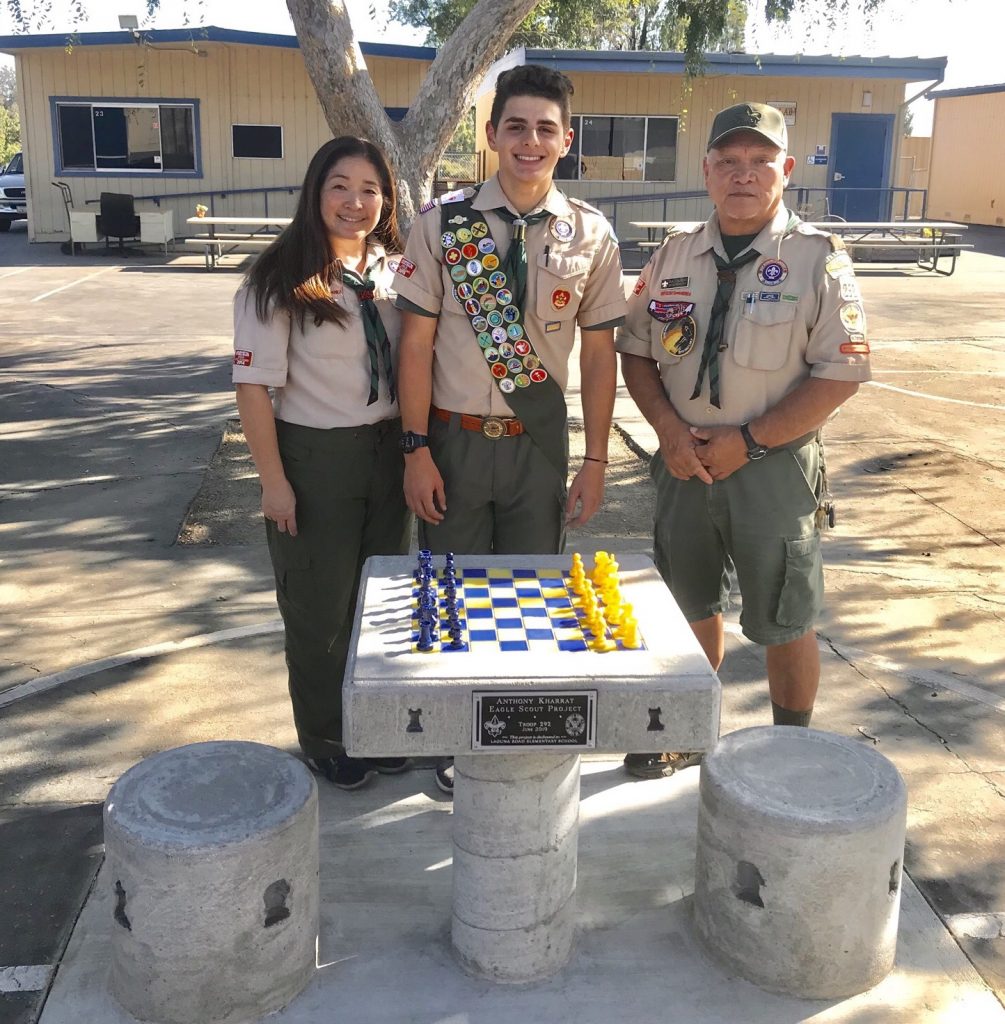