On November 11 at 10:30am, the City of Fullerton, American Legion Post 142, and Fullerton Emblem Club 469 will host the 32nd annual free Veteran’s Day Parade and event for the public, honoring all U.S. veterans who served and sacrificed for freedom. The parade begins at the Downtown Museum Plaza and ends at Hillcrest Park.

Once at Hillcrest Park, a ceremony will be held at 11am. The ceremony will include placement of wreaths, patriotic solos by Kristen Romero, a gun salute by the Fullerton Police Department, and the playing of “Taps.”

All veterans are welcome to join in the parade , which will also feature JROTC units from Fullerton area high schools and the Troy High School Marching Band. The Troy High School Navy JROTC will cary flags representing all 50 U.S. states.

Parade participants are asked to arrive at the downtown plaza no earlier than 10am. To march in the parade, veterans must be able to march in regular cadence for approximately three-quarters of a mile. No children or pets can accompany marchers as the parade is next to a live traffic lane.

Further information about the parade and ceremony may be obtained by calling the Fullerton American Legion at (714) 871-2412. 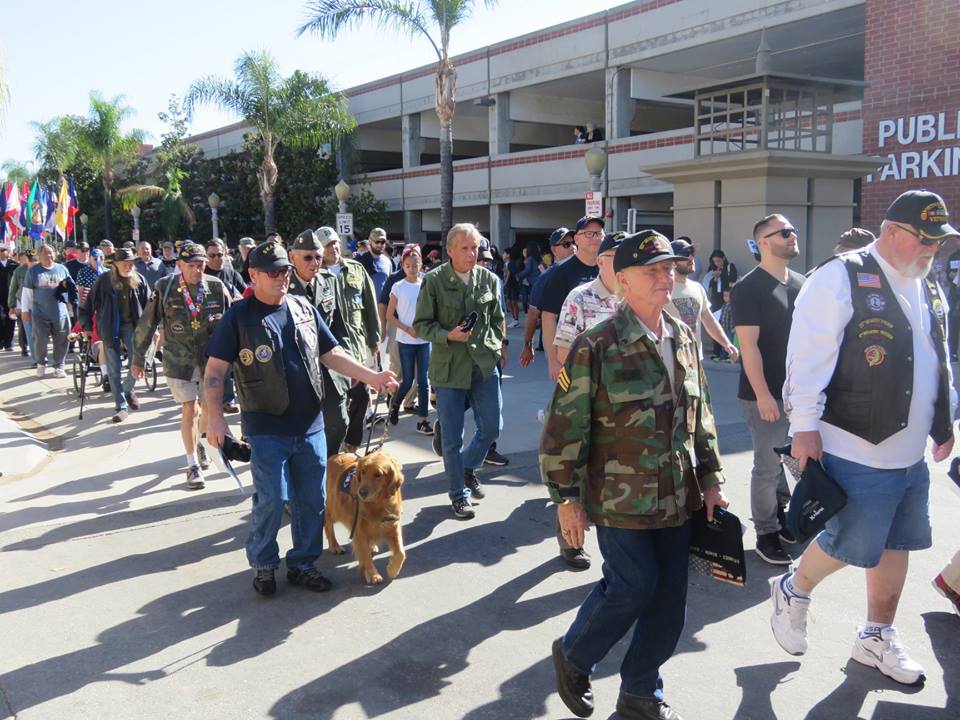