Around 200 people gathered at the corner of St. College Blvd and Imperial highway in Brea for a rally urging the House of Representatives to vote to impeach President Donald Trump on Tuesday evening, December 17.

This rally was just one of many around the country on the eve of the House impeachment vote on December 18.

Here are some photos from the rally: 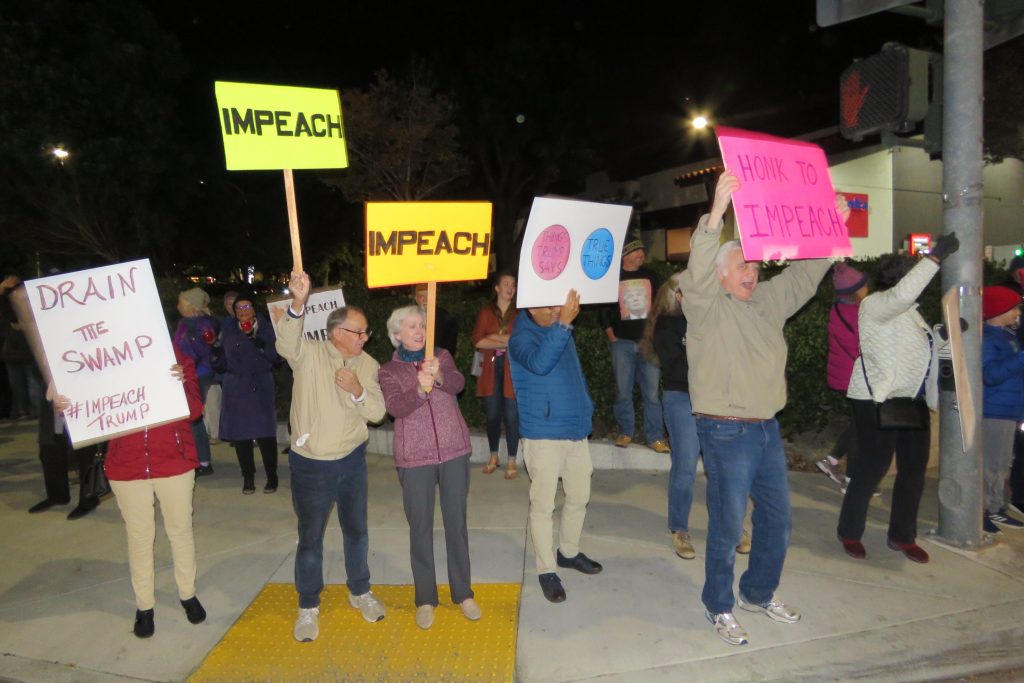 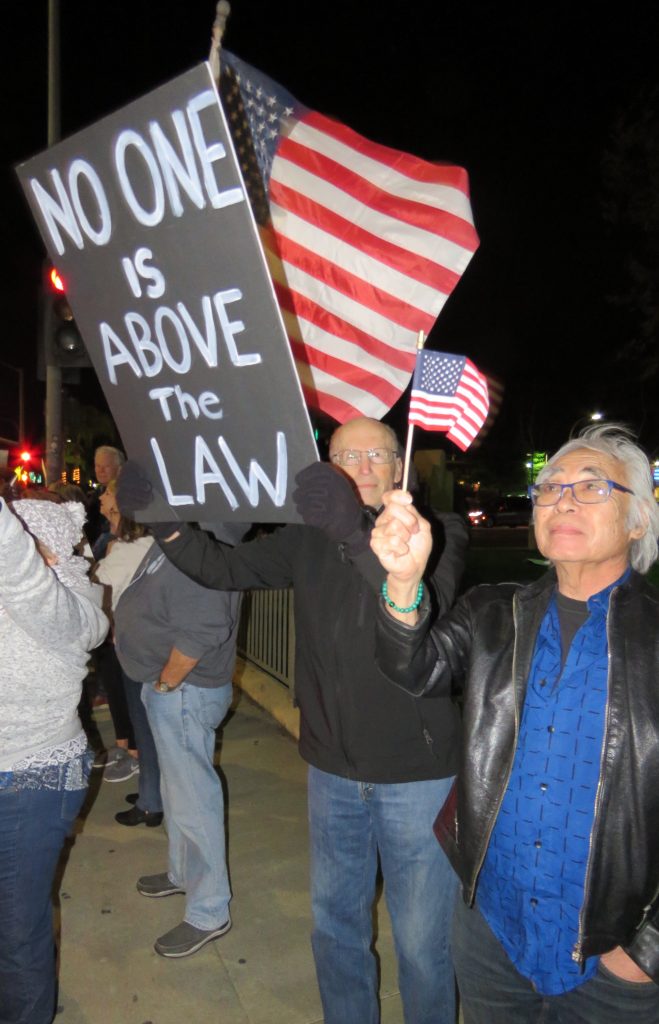 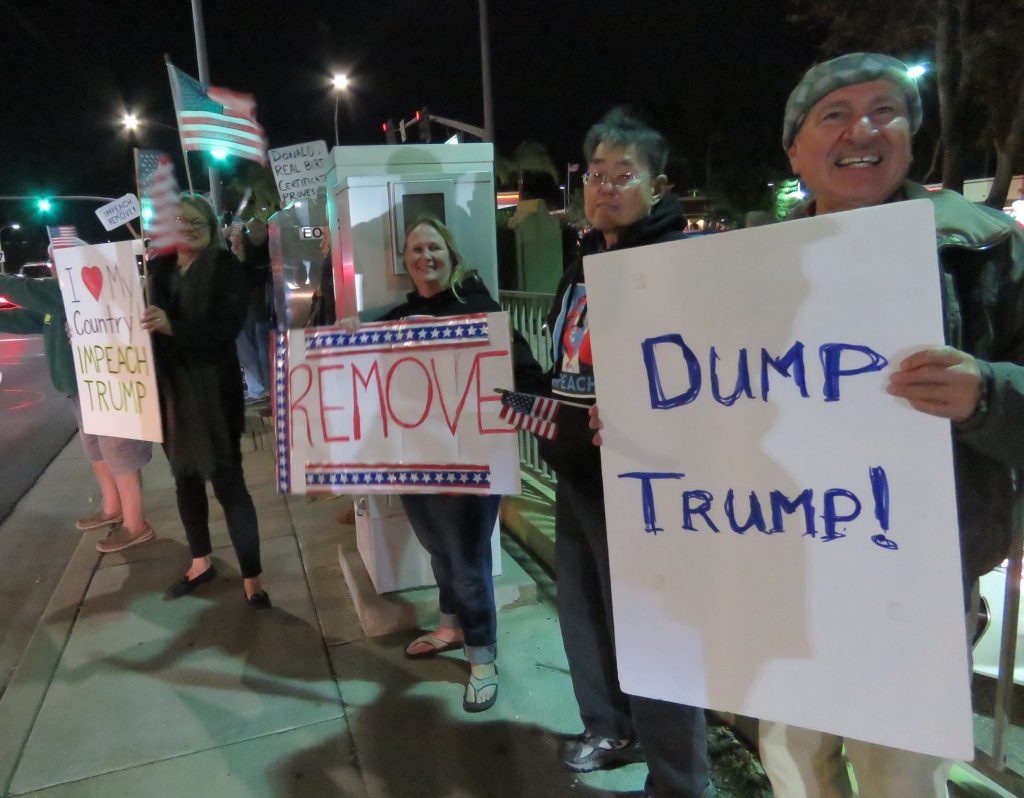 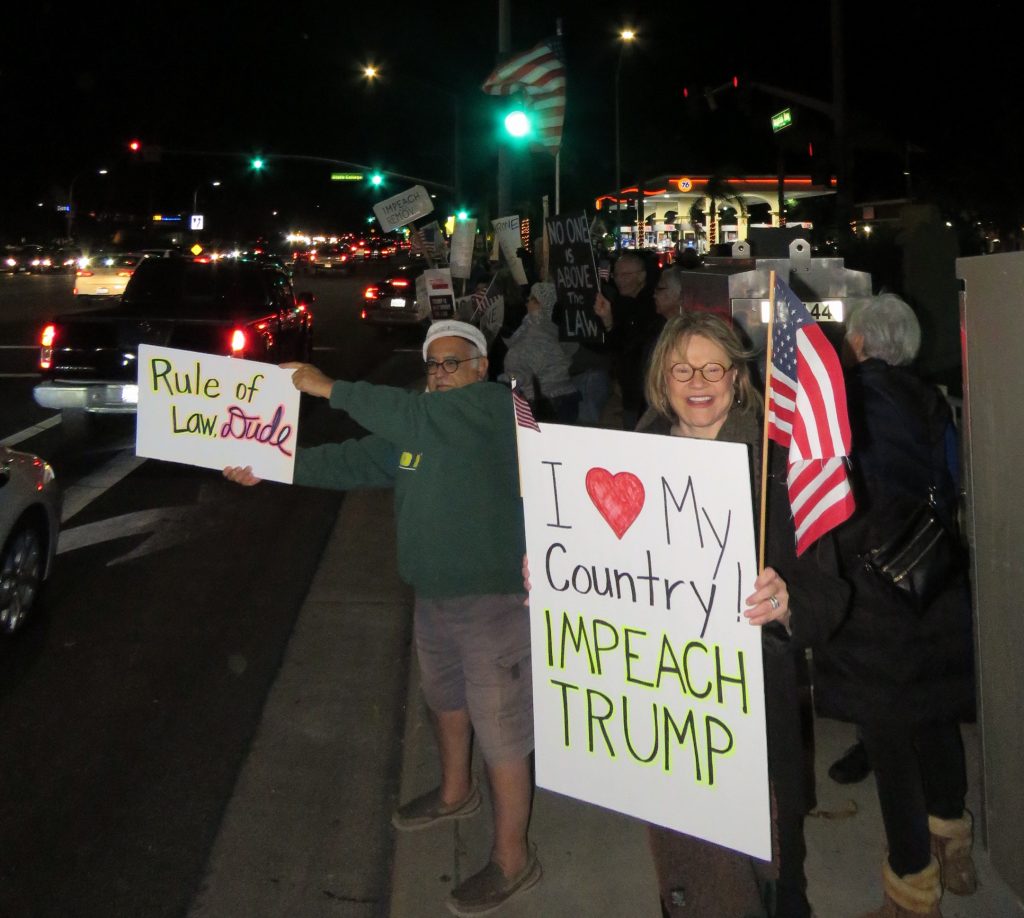 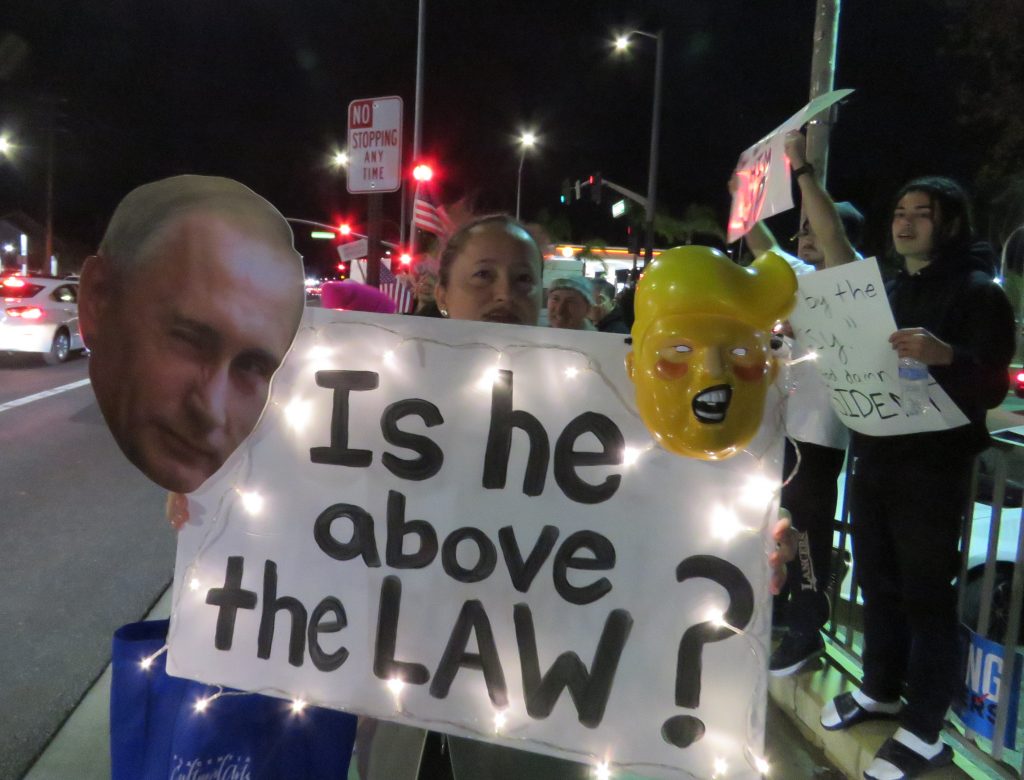 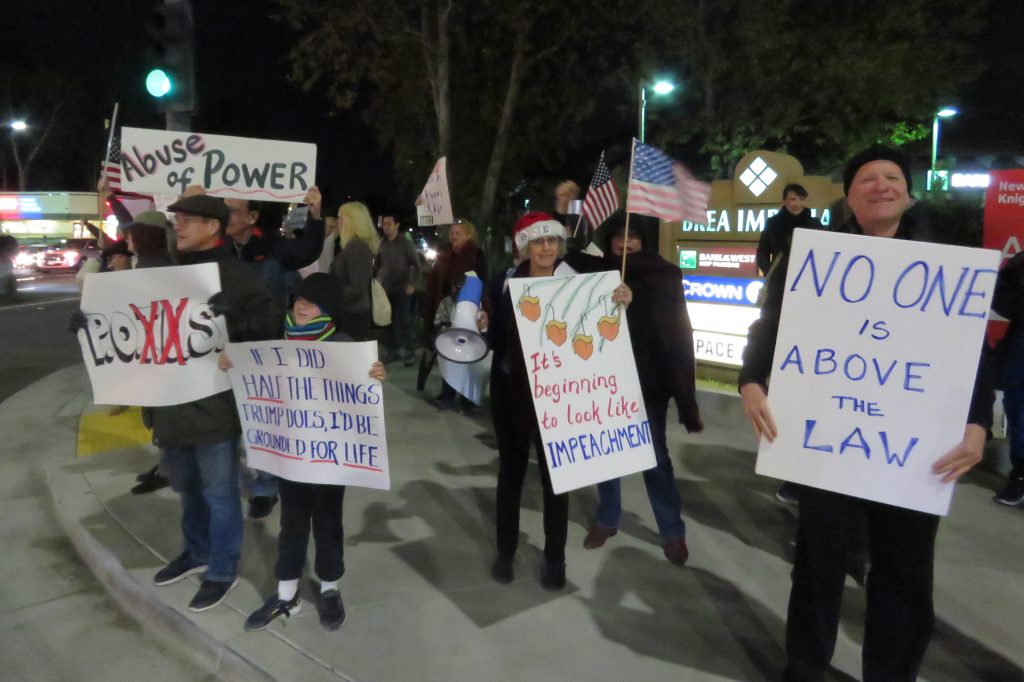 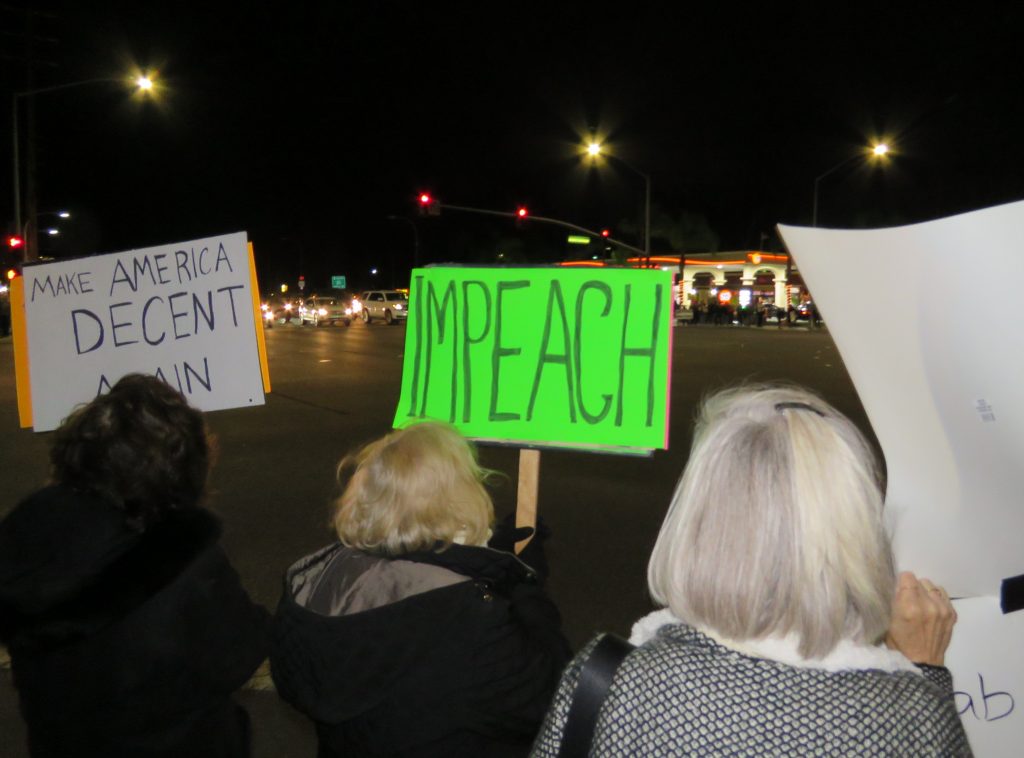 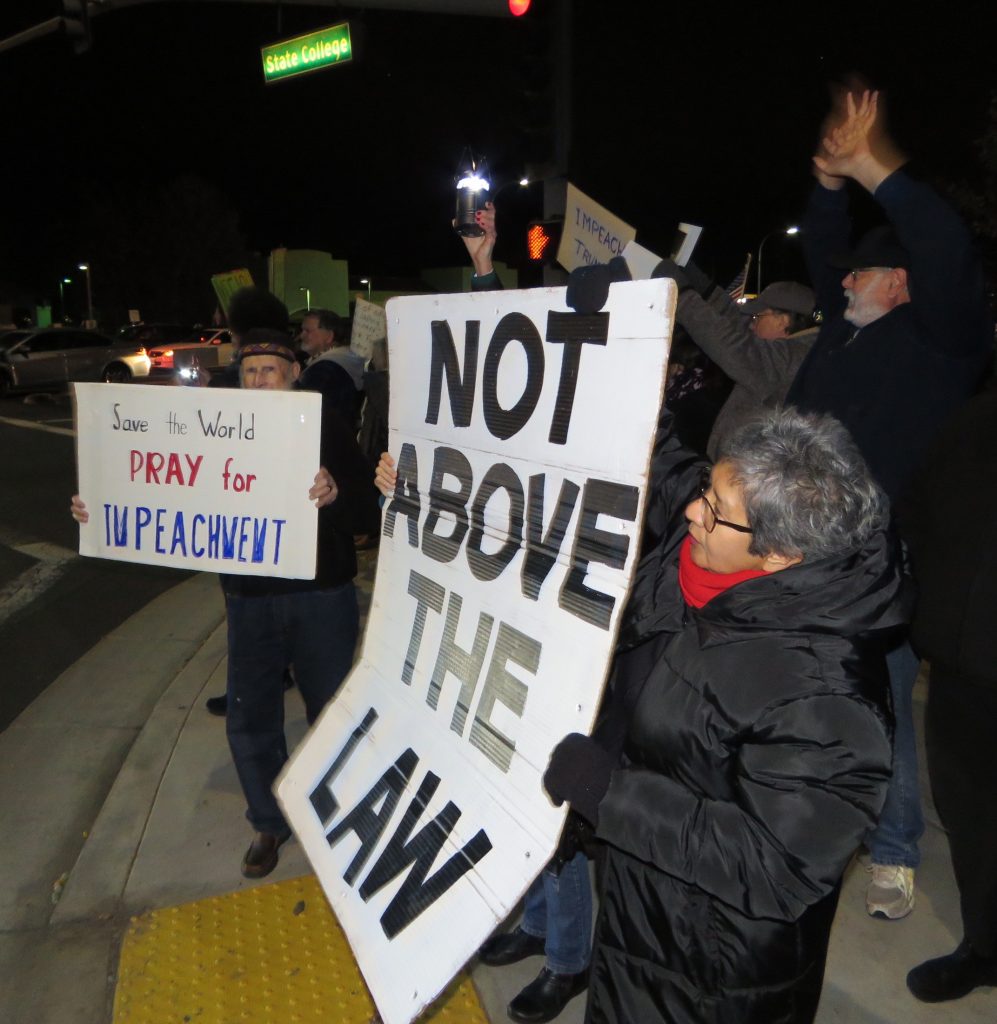 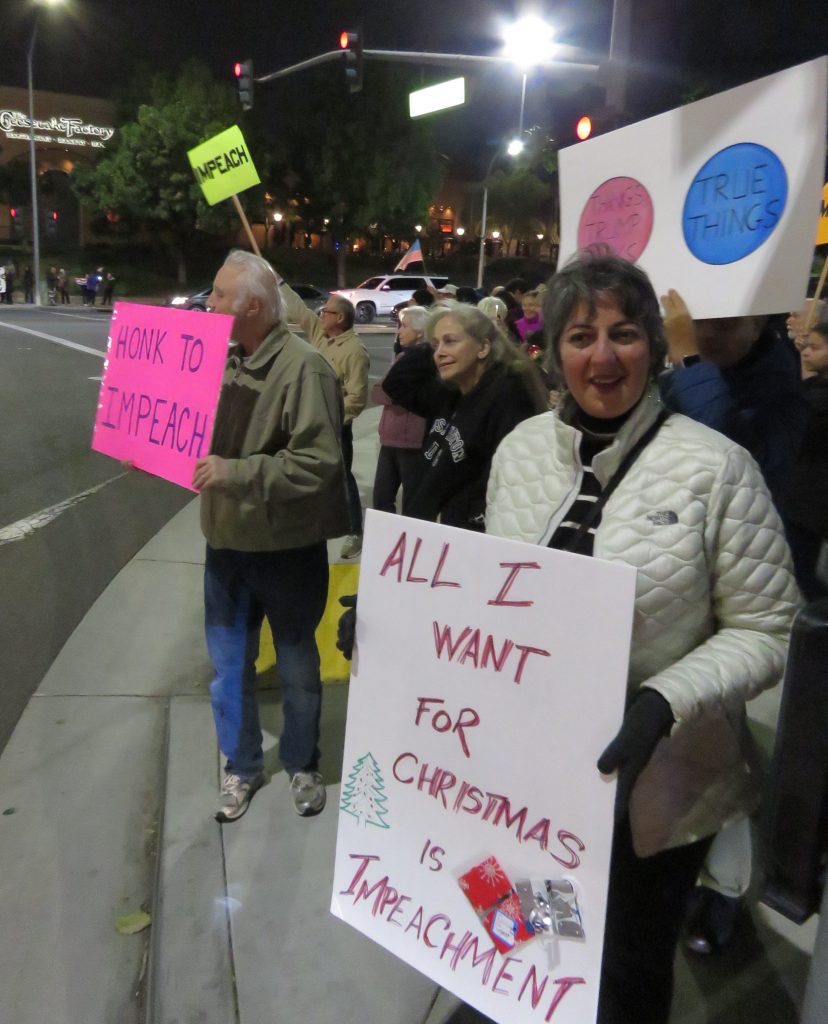 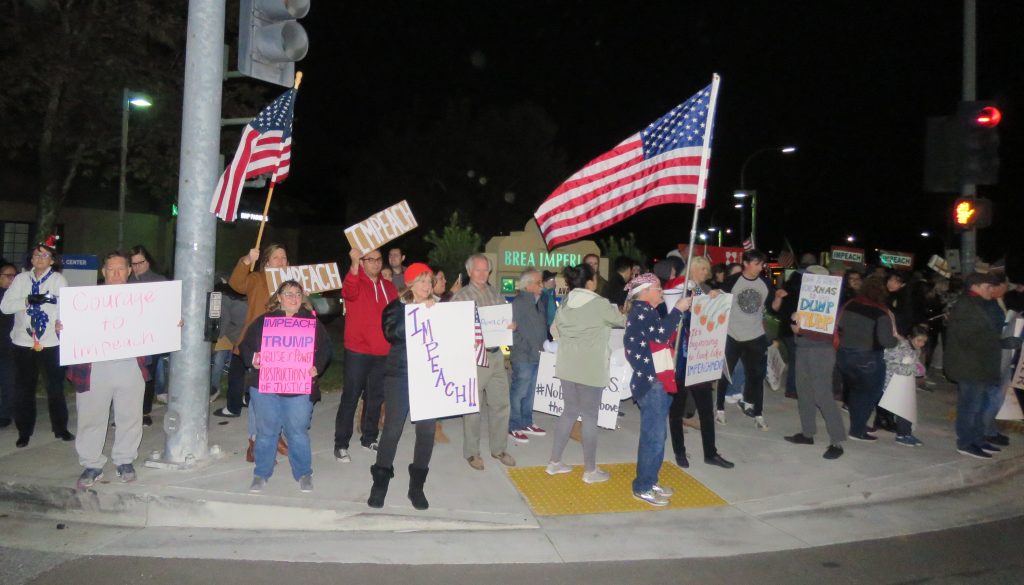 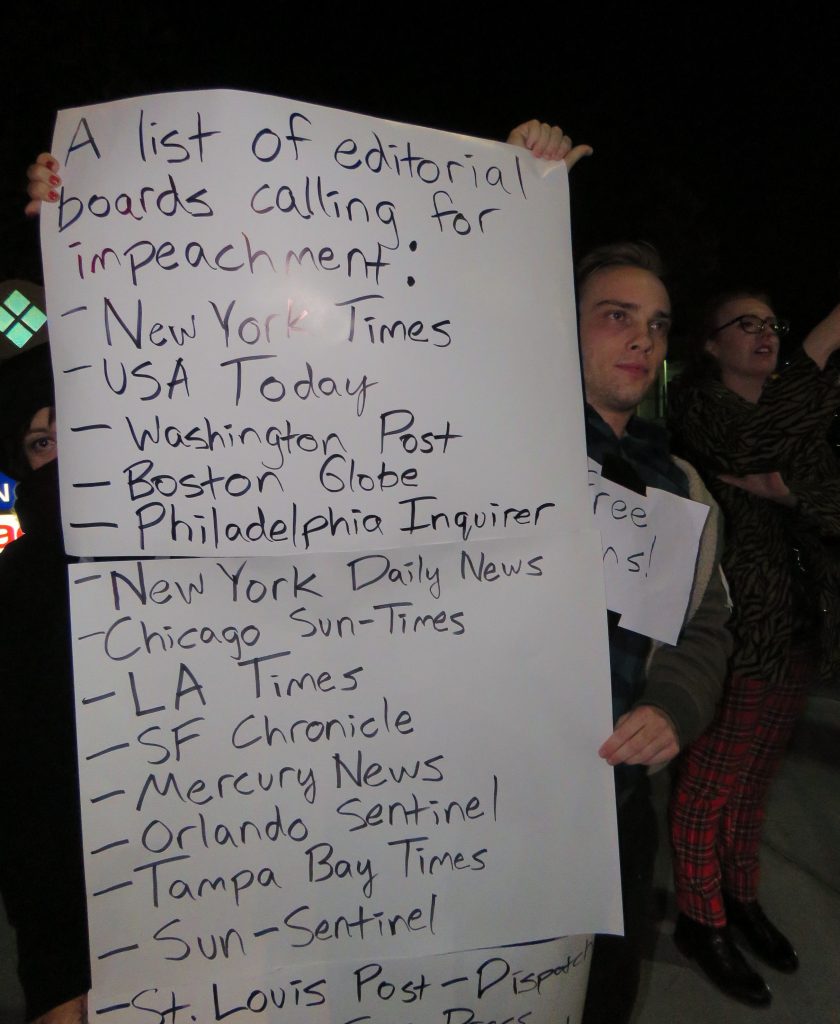 Congressmember Gil Cisneros, who represents the local 39th Congressional District, issued a statement on Monday, December 16 on why he plans to vote to impeach the president.

“When the unprecedented allegations against the President and his interactions with Ukraine were first reported, I felt it was Congress’ duty to investigate and find out the truth,” Cisneros stated. “Following the focused investigative process by the Intelligence and Judiciary Committees, the facts are before Congress and the American people. The President betrayed his oath to support and defend the Constitution by attempting to undermine the integrity of our elections for his own personal benefit. He asked a foreign government to investigate a political rival, and he endangered our national security by withholding taxpayer-funded military aid that was meant to be used to counter Russian aggression against an American ally.”

“For me, this is not about personal politics or party affiliation. It is about upholding my oath to put our country and our Constitution first and protect our national security. That is why I will vote to move forward with the impeachment of the President. I hope all my colleagues will join in recognizing this grave threat and stand up to this Administration in defense of our Constitution,” Cisneros said.