Check out two new plays at Chance Theater in Anaheim this month:

Fun Home, a groundbreaking musical based on the intensely personal graphic novel by Alison Bechdel. Written by Jeanine Tesori (music) and Lisa Kron (book and lyrics), with direction by Marya Mazor and music direction by Lex Leigh. Through March 1.

The musical is based on Fun Home: A Family Tragicomic, a 2006 graphic memoir by American cartoonist Alison Bechdel, author of the comic strip “Dykes to Watch Out For.” Both stage musical and graphic novel chronicle Bechdel’s childhood and youth in rural Pennsylvania and focus on her complex relationship with her brilliant but enigmatic father while addressing themes of sexual orientation, gender roles, suicide, emotional abuse, dysfunctional family life and the role literature plays in helping people understand themselves and those in their family. 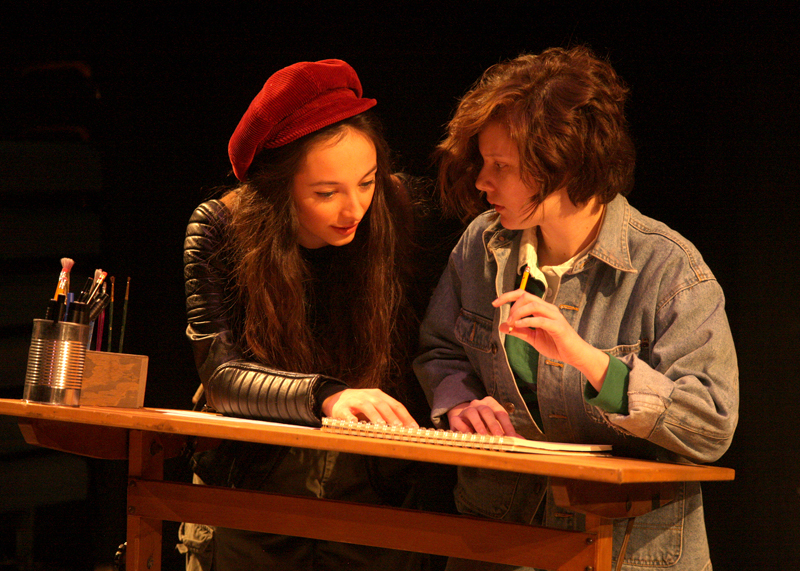 The story is related through a series of non-linear vignettes connected by narration provided by the character representing Allison Bechdel as an adult as she looks back on her life.

Additionally, Chance Theater presents “A Wrinkle in Time.” Directed by Darryl B. Hovis and James McHale, this show runs February 20 to March 1.

Playwright John Glore has created a wild, highly theatrical adaptation of Madeleine L’Engle’s acclaimed 1962 story about three teens who traverse the boundaries of time and space in search of a beloved parent, bringing it magically to life on the Chance’s Fyda-Mar Stage.

On the proverbial literary “dark and stormy night,” the eccentric Mrs. Whatsit arrives at the home of Meg Murry, a young teen who doesn’t fit in with her peers at her New England high school. Meg’s scientist father vanished more than two years ago under mysterious circumstances. Aided by Mrs. Whatsit and her friends, Meg, her gifted brother Charles Wallace, and her friend Calvin are transported through time and space on a mission to rescue Meg’s and Charles’ father from the evil forces that hold him prisoner on another planet.

A Wrinkle in Time is suitable for ages 4 and up.