Among my favorite shrubs are those which will survive on rainfall alone once established. Other favorite attributes include value to pollinators, showy flowers and longevity. A shrub which easily meets these criteria is the California Lilac species Ceanothus maritimus. In addition, this beautiful plant, like all the plants in the genus Ceanothus, is able to “fix nitrogen,” i.e. it has the ability to team up with special bacteria in its root nodules to enrich the soil by taking nitrogen from air and making it usable by plants. 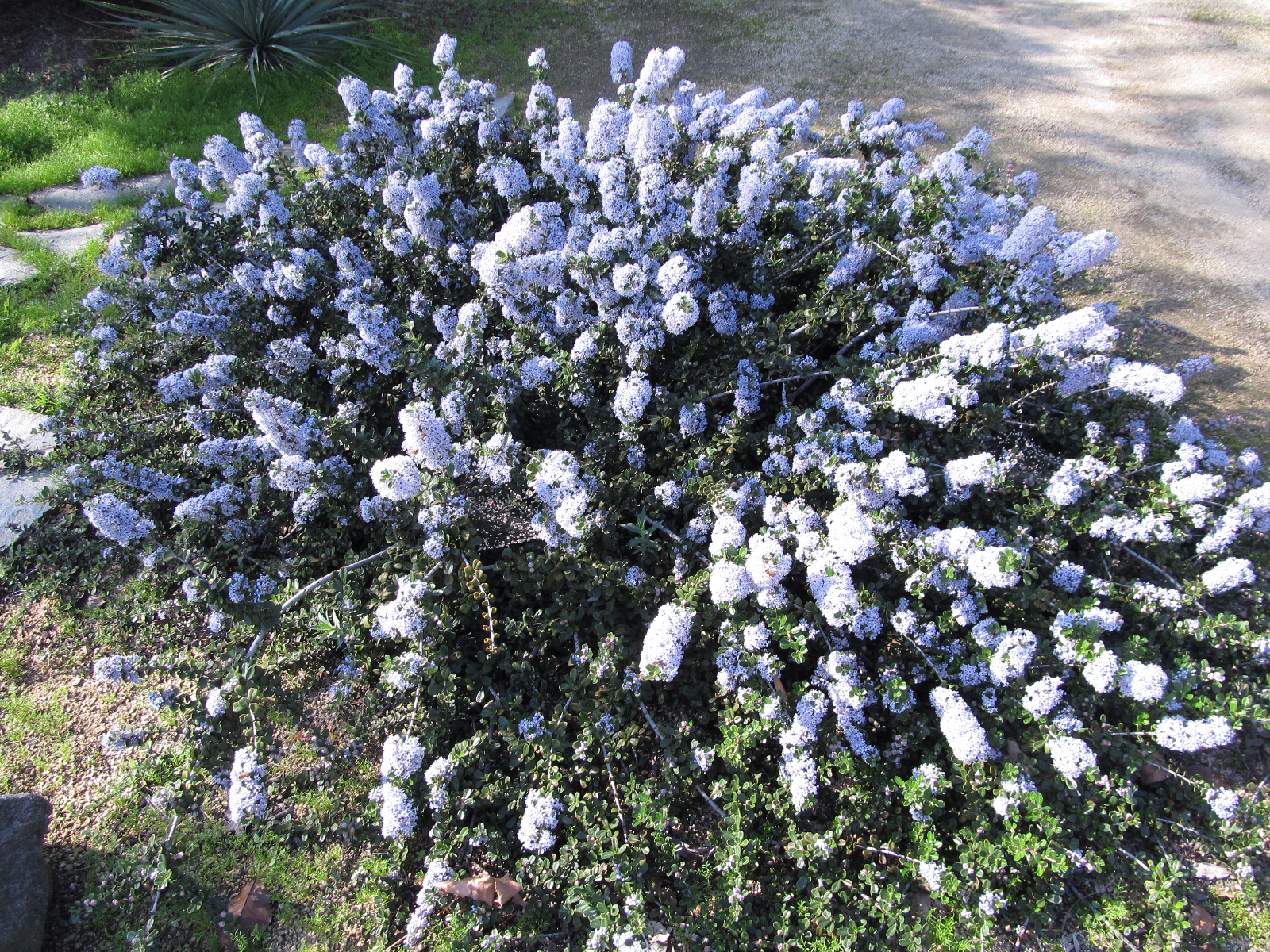 Beginning in late January it is covered with clusters of tiny blue flowers and visited by enthusiastic bees—blue is their favorite color. The oldest of the three Maritime California Lilacs in my garden has reached three feet high and eight feet wide after twelve years. California Lilacs can be clipped although it is recommended not to cut into wood wider than the width of a pencil.

There are 50 species in the genus Ceanothus and 41 of them are found in California. There are also many cultivars (cultivated varieties).