Head Over to the Hidden Lakebed Hiking Trail

Because of the current Coronavirus crisis, I’ve been trying to distance myself from other people as much as possible. Even though my college classes are now online and I’ve been doing my school work from home, I have found that hiking helps me get outside while still practicing social distancing.

As I was scanning through my emails to try and find something to write about, I came across a message from Observer reader Bob Stevenson. After I had written about the wildflower bloom last spring, Mr. Stevenson had suggested that I visit Yorba Linda Lakebed Park, nicknamed “the Hidden Park.” Now that I had some time on my hands, I decided to check out the 86-acre park. In fact, according to the website yorbalindahistory.org, in 1902, the Anaheim Union Water Company completed work on Yorba Reservoir. It was drained in 1969 and was more recently renamed “Yorba Linda Lakebed.”

Mr. Stevenson wrote that “the park has no parking lot, no drinking fountains, no restrooms, no picnic tables, nor even a sign telling you that you are at the park,” and he was absolutely correct. The “Hidden Park” really was hidden since it was hard for me to locate on Google Maps. I ended up traveling down Bastanchury to Rose Drive, where I made a left turn on Buena Vista and continued straight. Just past the intersection of Buena Vista and Lakewood, I found the entrance to the park on the right side of the street. There was no sign say- ing “entrance.” It was just a small pathway off the side of the road that followed a rock-lined ditch into a wilderness area. I parked on the side of the road of a residential neighborhood and began walking. Since Southern California has had a lot of rain recently, the trail was probably the greenest it’s ever been. However, as a result of the rain, the pathway was extremely muddy. There were three entrances into the Yorba Linda Lakebed from the northern, eastern and western sides of the trail. I would recommend entering from the northern- most entrance. After walking to the side of a metal gateway, I found myself on a rather wide dirt path that split as it reached a small, rocky bank that could have held water at one time. I went to the left where I spotted some magenta bougainvillea among other colorful vegetation growing to the side of the trail. 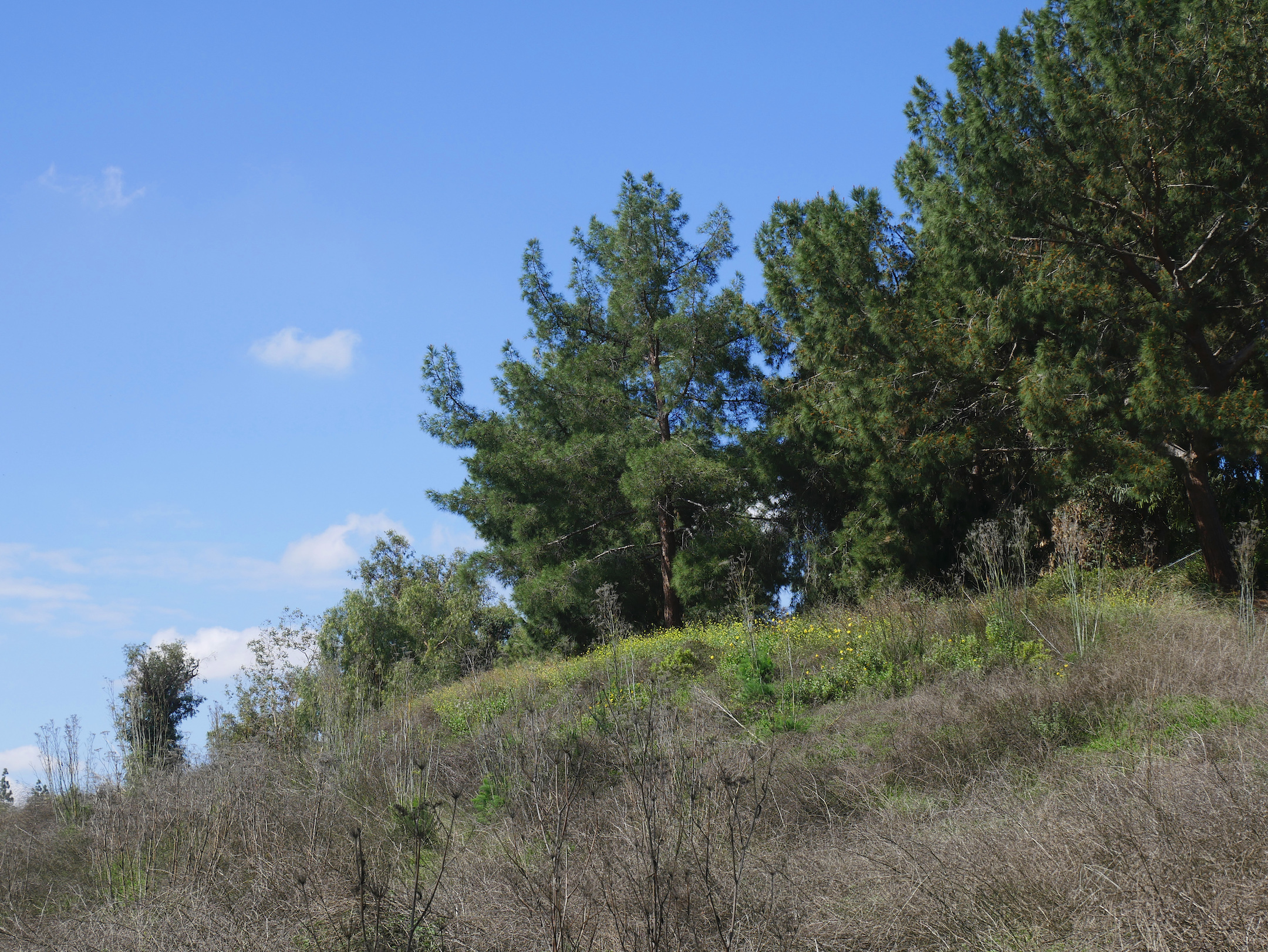 Luckily, I had picked a rather sunny Saturday to visit the lakebed. However as I made my way up the trail, I noticed quite a large amount of horse feces scattered around in different areas. In fact, I almost stepped in it myself, so I would recommend looking down to watch where you’re walking. I observed some horse footprints in the muddy ground as well. There were also dog tracks, which reminded me to pick up a stick just in case I happened to encounter any wild dogs while I was out on the trail. The horse prints and the wilderness area of the lakebed reminded me of some of the photos I had previously seen from Yorba Linda’s past. I remember reading on yorbalindahistory.org that after Bernardo Yorba’s death in 1858, his land was divided between his wife and children. By 1907, some of the land was bought by Jacob Stern, a resident of Fullerton. The next year, the Janss Investment Company in Los Angeles bought Stern’s land. They named the area Yorba Linda – Yorba being the last name of its original owner and Linda, which means “beautiful” in Spanish. By 1911, about thirty-five people lived in Yorba Linda and many of them were farmers who owned orange or lemon groves.

Speaking of lemons, there was a lemon tree on a middle section of the trail, very close to someone’s property. It may look tempting, but do not pick fruit off of other people’s trees. In the past, my family has had that problem in our front yard with a peach tree, where people walking by would come up and steal peaches.

As the dirt path went higher, I started looking at some bushes with red berries. There were also a few pepper trees with red berries further along the trail. After hiking around a corner of the path that took me to the top of a small dirt hill, I realized that once again, the trail went two different ways. One way looked like it made its way back into a residential area, while the other led further into the wilderness. I continued hiking along the latter half of the trail and hit a dead end, where I ended up walking up a muddy slope to a trail that took me along the tops of several hills. 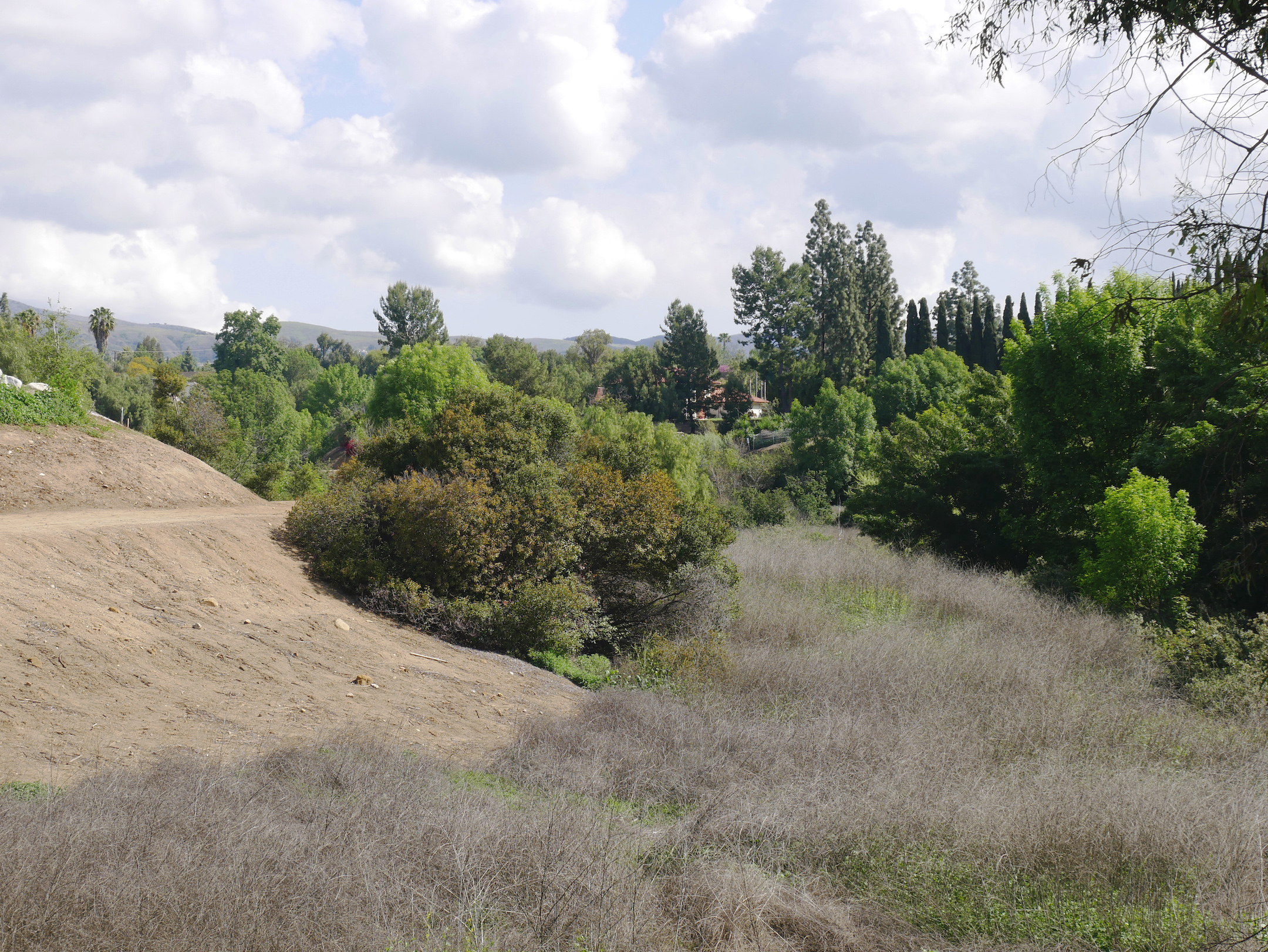 From there, I was able to look down and see the trees and the vegetation in the valley below. I ended up in that valley as I went down a portion of the path where tire tracks from bikes could be seen. At one point on my hike, I stepped to the side of the path to let a family of horse riders pass me. They must’ve thought I was a bird-watcher since I was carrying my camera on my shoulder rig and they mentioned that they had spotted a blue jay and an owl earlier, which I found fascinating. As I stayed on the path, I noticed oil wells positioned high above me in the surrounding hills. Further down the path, I ended up stopping since it seemed to lead toward a dam in the distance. By that time, it was getting late in the day, so I decided to head back home.

On my way back to my car, I once again spotted clear yellow flowers growing on a hill with houses at the top. These were black mustard. Keep in mind that black mustard is actually an aggressive non-native weed masquerading as a colorful wild- flower. Black mustard produces chemicals that prevent native plant germination and grow quickly, sucking up water that would otherwise be avail- able for native plants, so don’t be fooled by their beautiful yellow appearance. By summertime, these local wildflowers will no longer be colorful. They will be brown and a fire hazard, so now’s the time to check out the beautiful bloom at the Yorba Linda Lakebed. To see the wildflowers I encountered while hiking in the “hidden park,” visit http://www.fullertonobserver.com and click the tab labeled “Local.” Underneath that tab, click on “Emerson Little YouTube Channel,” which will take you directly to my page. 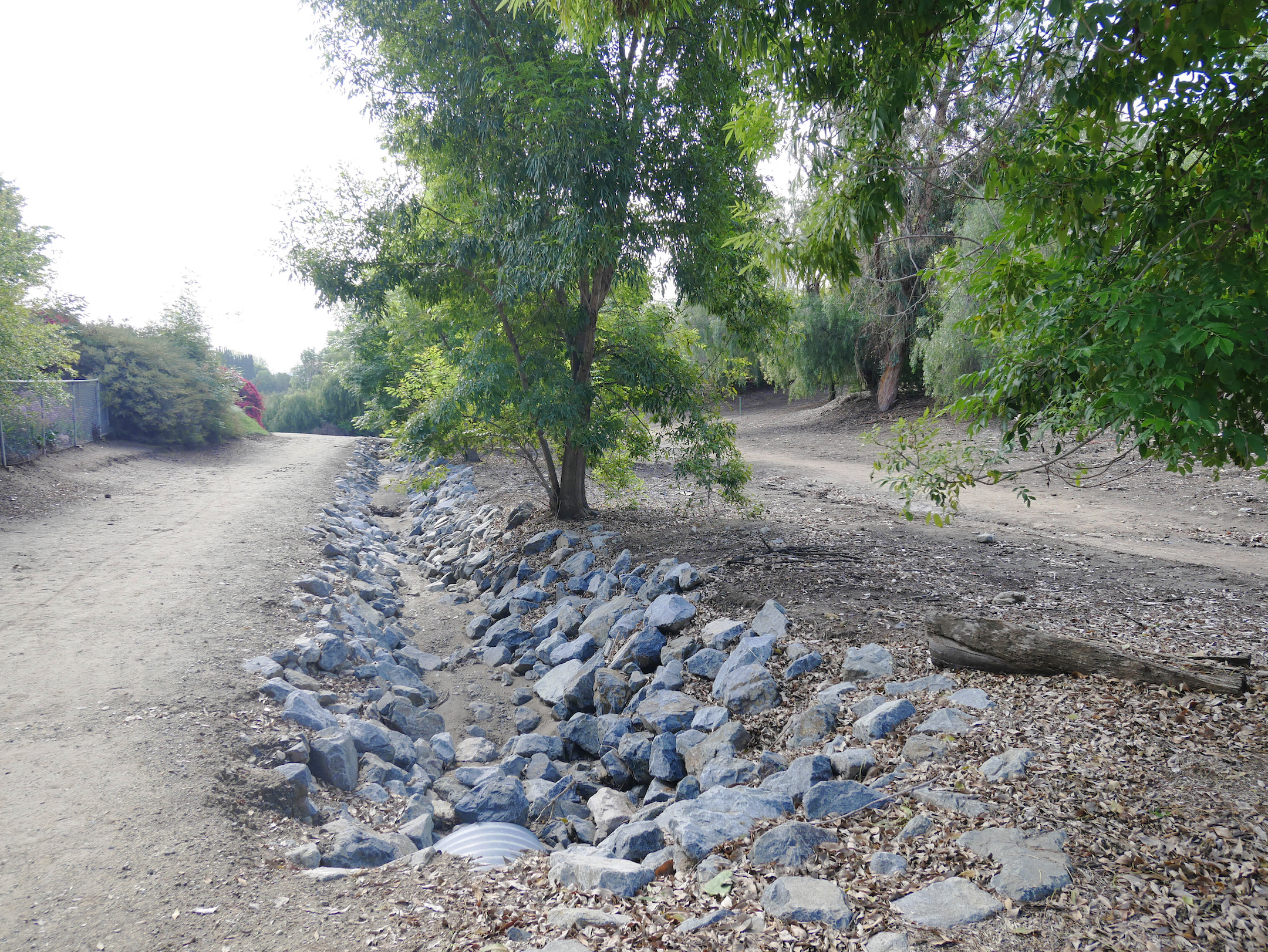