Two great talents combine their artistry to create a film rich in imagery and contemplative in tone. Spanish writer/director Pedro Almodovar, who dropped out of a seminary at nineteen, claims to have completed his education by watching films, particularly those of Luis Buñuel and Billy Wilder, as he went on to create twenty-one of his own movies, most of which have received international acclaim. 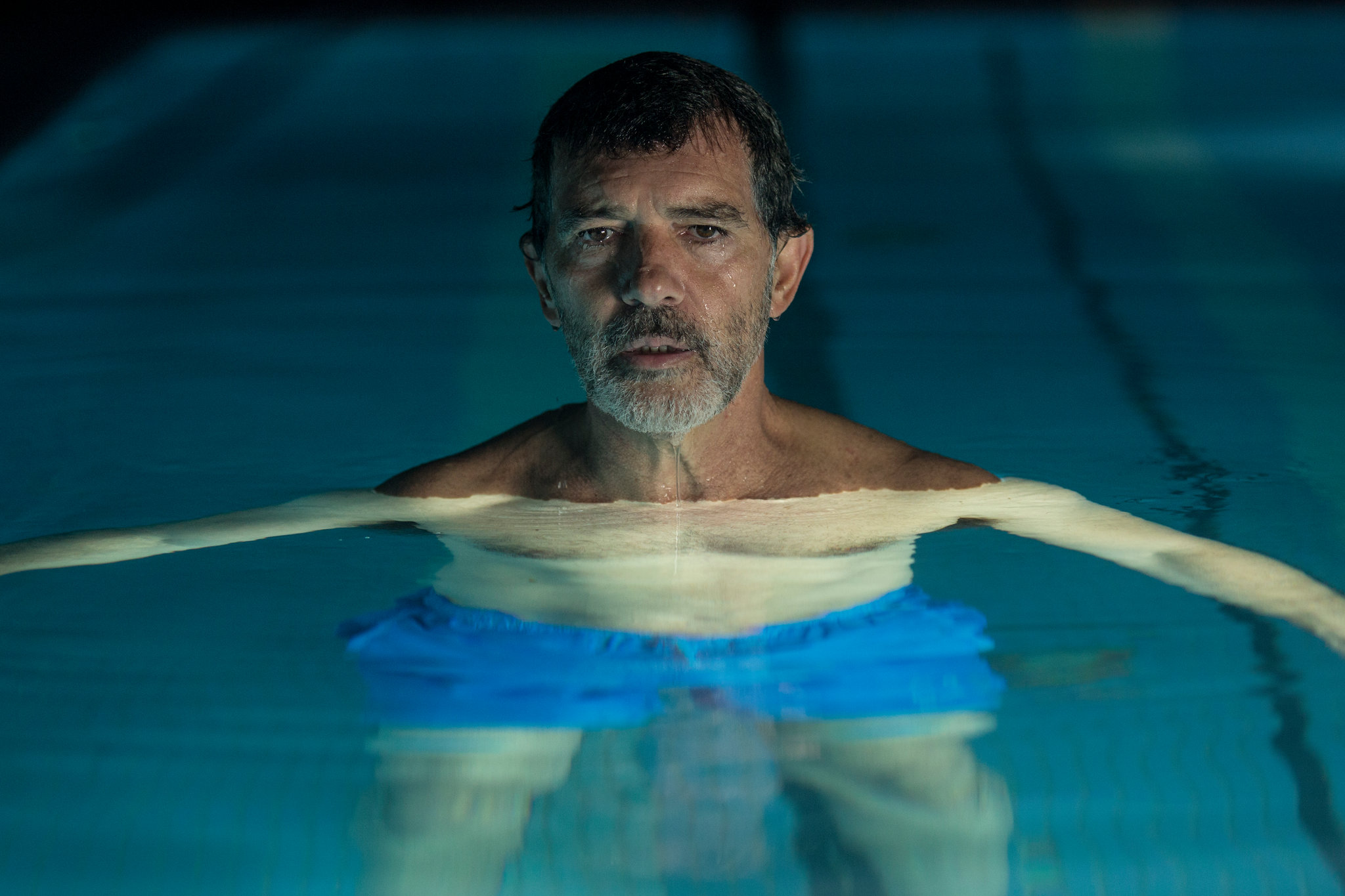 Starring in several Almodovar films, Antonio Banderas has had an equally stellar career as an actor. In “Pain and Glory” he plays the role of an aging director, Salvador Mallo, who has enjoyed fame and recognition, but throughout his successful career he has suffered debilitating illnesses. Although not strictly autobiographical, many parallels exist between Mallo and Almodovar. The physical discomfort of migraine headaches, tinnitus, asthma, and recurrent back pain have challenged Mallo throughout his adult life. (For his portrayal of Mallo, Banderas was nominated for an Academy Award.)

The movie’s opening image arrests our attention as we see a man sitting at the bottom of a swimming pool. Soon we learn the relevance of this image when Mallo finds relief for his back pain by suspending himself in water. Events from his past career affect Mallo’s mood and a phone call from a former lover, Federico (Leonardo Sbaraglia), jolts him into a realization of his current loneliness. Another jolt comes when he hears Alberto, an actor friend he has alienated several years earlier, perform a monolog that Mallo has written.

Mitigating the contemplative tone of the movie as it focuses on Mallo’s present life, we have colorful flashbacks to Mallo as a child (Asier Flores).  He is seen with his mother, Jacinta, played by Penelope Cruz, whose beauty is as luminescent as ever, even as she washes sheets in a nearby river. We see this young family move to a small town in Valencia, where the father has found work as a day laborer and is only able to afford for his family to live in an odd dwelling—a cave. (These cave homes do exist in Spain, even today.) Undaunted, Jacinta proceeds to white-wash the walls and hire a workman to make this dwelling into a pleasant, livable home.

Also contrasting with Mallo’s current feelings of loss and alienation, Director Almodovar places his aging protagonist in a stylish contemporary home filled with splashes of dramatic colorful art and eye-catching posters from his own films.  A guest visiting the house comments that it looks less like a home and more like a contemporary art museum. (The set is actually Almodovar’s own home.)

Why does “Pain and Glory” succeed so well as a film?  Banderas and Almodovar have worked together on nine movies and have developed a rapport that enables them to convey broad displays of emotion as well as subtle entanglements of emotion. They both work comfortably with women actors of all ages.  By the end of the movie we see an aged Jacinta, now played by Julieta Serrano, who generates a humor and wisdom that commands the screen as completely as Cruz’s gorgeous, vivacious, younger Jacinta had. Adding to the richness of the movie, cinematographer Jose Luis Alcaine produces haunting images, memorable even without words.

Nominated by the Academy for a Best International Film Award, “Pain and Glory” is currently available through HBO’s On Demand.

[Correction: The Early April edition of the Fullerton Observer contains a review of “The Report,” which refers to the document prepared for Senator Diane Feinstein and her Senate  Committee as a 6,700 word report. It should say 6,700 page report.]