In response to the increased number of hate crimes against Asian-American Pacific Islanders (AAPI), Congressman Gil Cisneros of California Congressional District 39 hosted a virtual town hall on April 27. He began by condemning racist language and actions against the AAPI community. He introduced Congressperson Judy Chu from California Congressional District 27 in San Gabriel Valley, who chairs the congressional AAPI caucus of which he is a member. 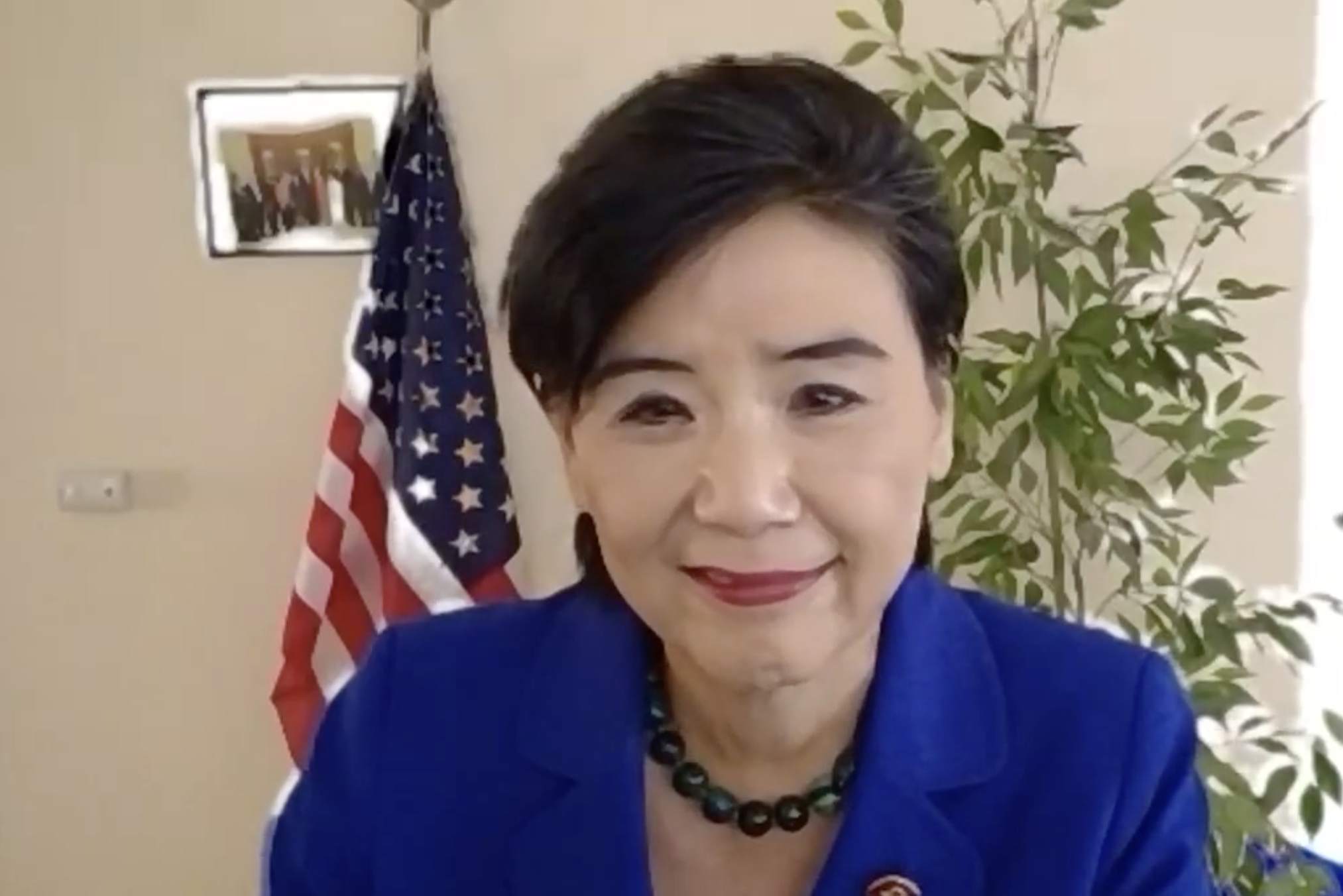 Chu said AAPI folks are facing more than a health risk; they’re dealing with bigotry. She cited President Trump’s rhetoric in which he referred to COVID-19 as the Chinese or Wuhan Virus as a means to deflect from the inaction by his administration in the early days of the pandemic.

Trump continued to misname the virus despite the CDC and WHO warnings that associating the virus with an ethnicity would create a stigma and perpetuate a false belief that people with Asian ancestry were more likely to have the disease.

Chu said the anti-Asian actions started with dirty looks and culminated in physical violence around the country. Over 1600 anti-Asian crimes occurred and she is now concerned about what might happen when stay at home orders are lifted.

Congressperson Grace Meng (NY) introduced a resolution with 124 cosponsors, including Chu and Cisneros, opposing anti-Asian bigotry. Chu said that once Congress passed it, the president acknowledged that he should not have used those words, but those terms are still being used on hate websites.

The “No Hate Act” (HR 3545) was introduced by Congressperson Beyer (VA) to create incentives for hate crime count reporting and HR 6577 directs the Department of Health and Human Service to fund a national awareness campaign “to increase factual awareness and knowledge of COVID-19,” including “countering propaganda related to viral origination,” as stated in the resolution.

Organizations working to defend the rights of AAPI folks provide support, and build allies in the community participated on the call. Stewart Kwoh, Founder of Asian Americans Advancing Justice LA, said he expects incidents to continue because there have been so many deaths due to the virus and the president is “at war with China.” His organization has participated in a PBS special “Asian American” that will air May 11 and 12. 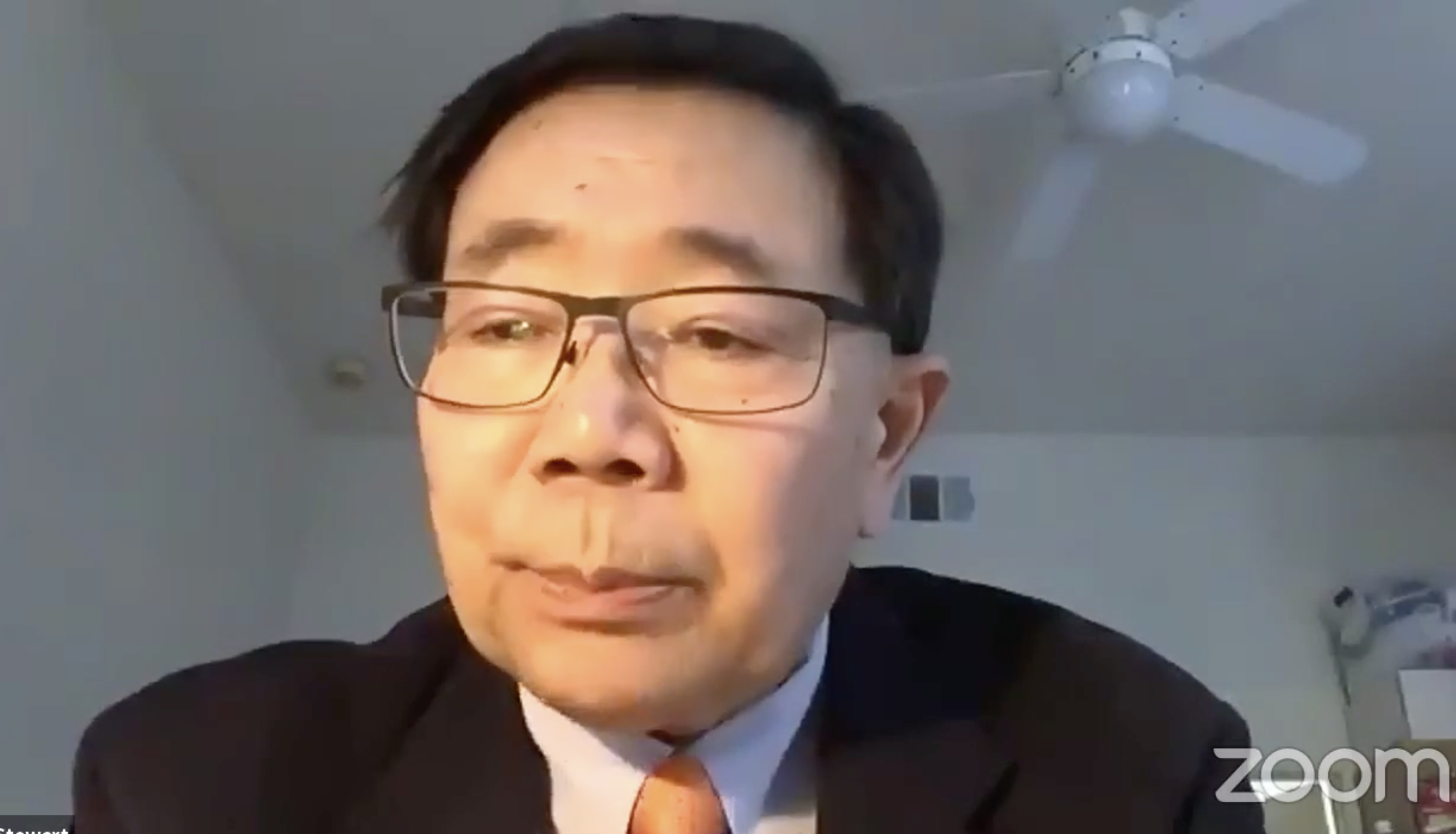 Manju Kulkarni, Executive Director of the Asian Pacific Policy and Planning Council said their “Stop API Hate” website began on March 19, and since then over 1500 hate incidents have been reported from 45 states with 44% of reported incidents in California. She said two-thirds reported verbal harassment, 10% were civil rights complaints such as workplace discrimination or refusal of service, and another 10% were for physical assault. She also reported that 44% of incidents occurred in a place of business and 9% of incidents were aimed at elderly Asians.

Alison Edwards from the OC Human Relations Commission said their organization has been reporting hate crimes since 1991. They collect reports from law enforcement, non-profits, and direct reports from victims. They also connect people affected to resources. She explained that hate crimes are criminal acts motivated by hate, which can have sentencing enhancements applied by the courts. Hate motivated acts that are lawful, such as protected free speech, are also tracked.

Denise Crawford, President of the OC Asian-American Bar Association said that language barriers can compound isolation. Their organization offers attorneys and other resources.

Two local victims of hate incidents since the COVID pandemic described their stories. One, a woman named Yuka from Brea, said twice while shopping she encountered verbal assault from other customers who feared she was going to expose them to the virus. A young man named Christopher who rides the LA Metro to work said he encountered profane language and racial epithets, accusing him of spreading the virus, when he coughed and was wearing a mask over his mouth and nose. 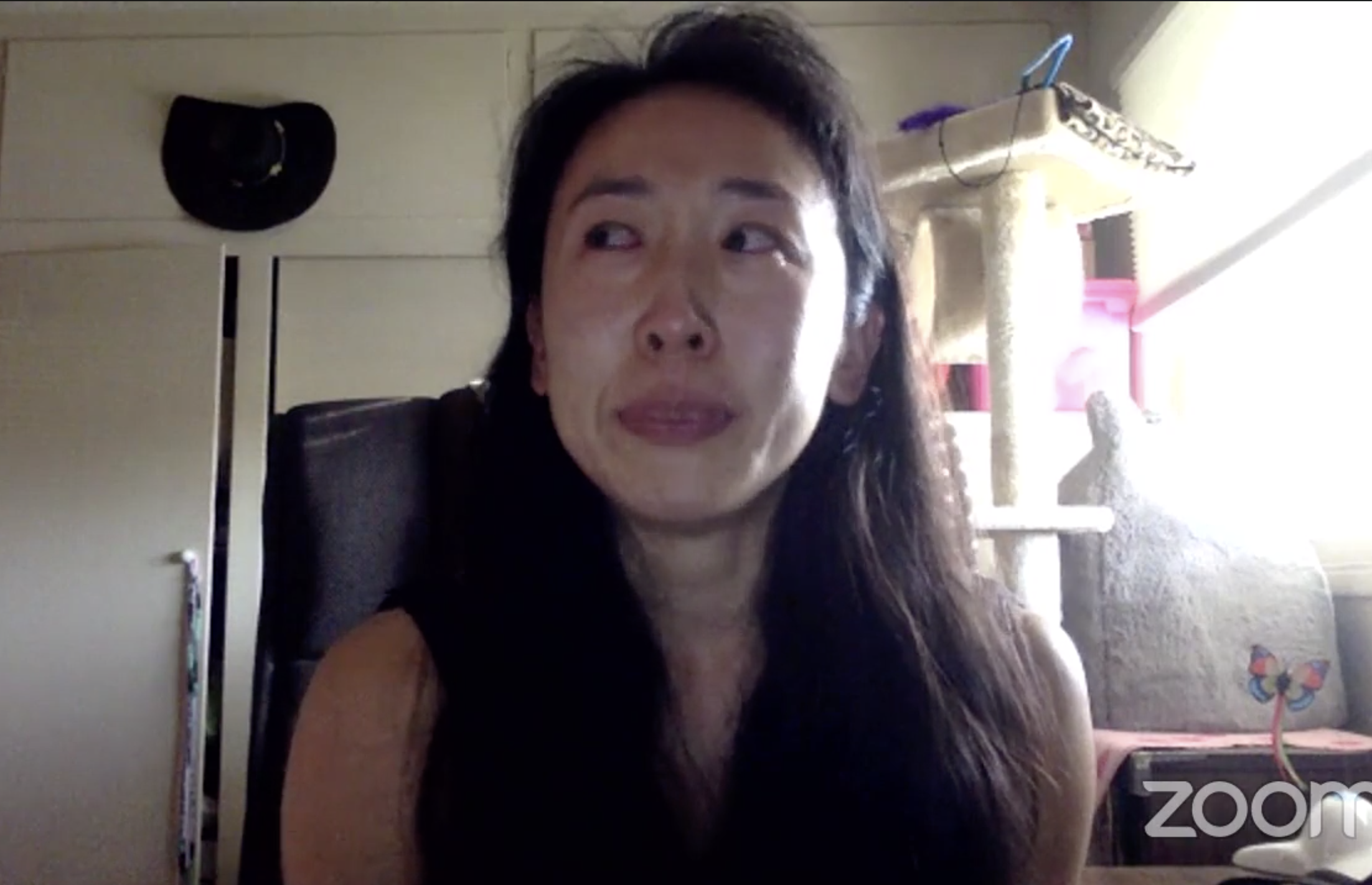 Brea resident Yuka broke down as she told of her recent experience of racial harassment in Target.

Cisneros encouraged all people to “call out” this kind of behavior and show solidarity with AAPI community members.