The Coronavirus is Not the First Pandemic to Plague Our Planet

After reading a couple of recent articles in the Los Angeles Times and New York Times, I thought it was about time to turn to the past to see how a previous worldwide pandemic was handled, both nationally and locally.

Interestingly enough, a little over one hundred years ago, a worldwide H1N1 pandemic known as the Spanish Flu rocked the world. Some of the similarities to the current COVID-19 pandemic are striking. Both viruses are from animals transferring to humans. The symptoms are similar, mainly respiratory. And both viruses are very contagious.

The origin of the 1918 Flu is still a bit of a mystery, but one theory by historian John Barry suggests that the virus may have been passed from animals to humans in Kansas during World War I. According to Barry, in February 1918, military recruits from Haskell County, Kansas, reported for duty to Fort Riley, which was about 300 miles away. Many were already sick with the flu. Several days after they arrived, flu spread throughout the camp. From there it may have traveled with these soldiers to Europe and on to the rest of the world. In September 1918, the virus returned to the U.S. in an even more lethal form, making its first appearance at the Army’s Camp Devens, near Boston.

Another theory points to the idea that the virus may have originated among birds somewhere in China. However, unlike ground zero for COVID-19, which has been identified in animals at a specific market in Wuhan, China, the origin of the 1918 pandemic wasn’t as easy to pinpoint. So, while we may not know exactly where the virus originated, what we do know is that the virus was first identified in the U.S. among military personnel in the spring of 1918. From there, it began to spread.

Back then, pharmaceutical interventions such as antivirals and vaccines didn’t exist. Measures for treating the virus and stopping the spread of it included isolating, quarantining, good personal hygiene, use of surface disinfectants and limiting public gatherings. Sound familiar? Well, some U.S. cities, like Chicago, closed theaters, movie houses, and some schools, while also prohibiting public gatherings. San Francisco’s Board of Health required people working with the public to wear masks, and strongly encouraged anyone out and about in public to wear masks. Many other cities encouraged wearing masks as well. 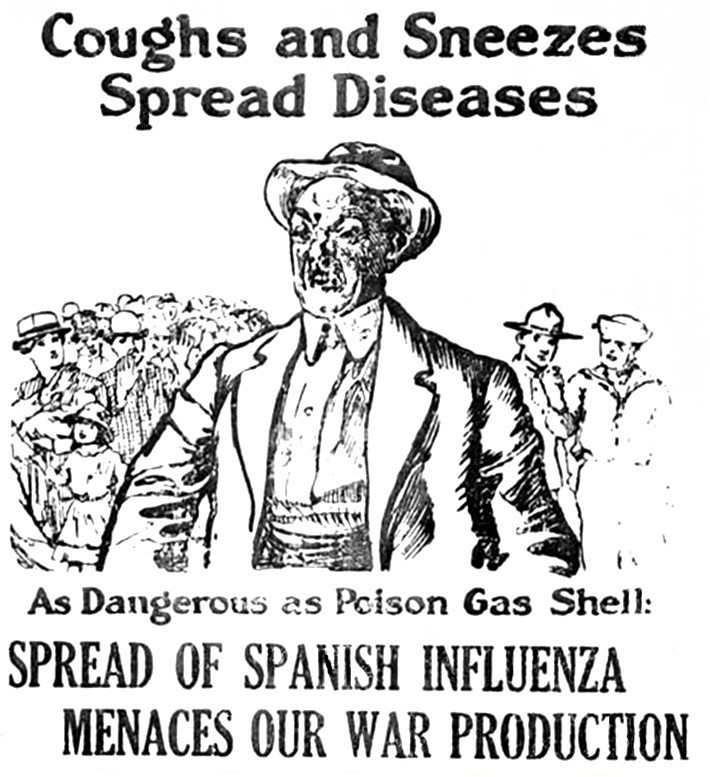 According to the Orange County Historical Society’s County Courier, “across the globe, an estimated 500 million people were infected with Spanish Influenza, which was approximately one-third of the world’s population at the time.” As many as 50 to 100 million died globally and an estimated 675, 000 people perished in the United States. This was considerably more than the nineteen million deaths from the four years of World War I.

Further measures were taken as the spread of the disease increased. In fact, in some cities, a white scarf was tied to the doors of homes or apartments to alert the community that the virus was there. Elsewhere, citizens would hang crepe paper on their doors signifying that a resident had died. According to a document from Boston’s archive written by historian John Barry, “It was common practice in 1918 for people to hang a [ribbon] of crepe on the door to mark a death in the house. There was crepe everywhere.”

It’s important to note that although the 1918 epidemic was dubbed “Spanish influenza,” it was actually named because many news accounts came from Spain, not because of the origin of the virus. Before 1918, nobody knew whether social distancing would help slow the spread of a viral pandemic. After adopting this practice, it was proven that social distancing was indeed effective. 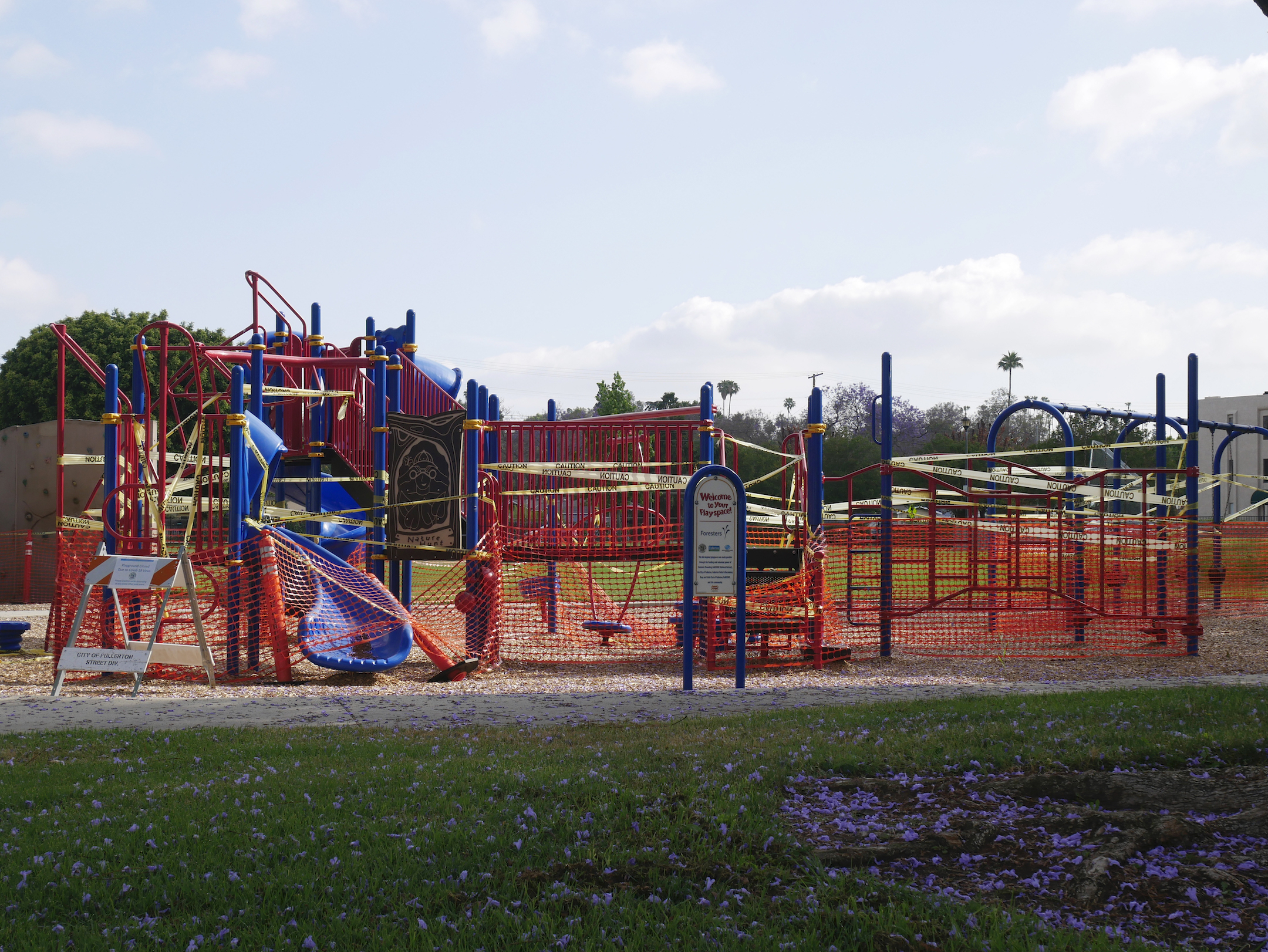 The worst upsurge of influenza hit Orange County during 1918 and 1919, according to the Orange County Historical Society. The threat of this virus was very real and very frightening since it not only attacked the vulnerable elderly and the very young, but it killed many people in the prime of their lives. In the book, The Great Influenza, John Barry wrote, “Influenza and pneumonia death rates for those 15 to 34 years of age were over twenty times higher than in previous years. Nearly 50% of the deaths were among young adults.” According to a more recent Stanford University report, the H1N1 virus was most deadly for people between 20 and 40. It hit the United States in two waves: once in the spring of 1918 and again in the fall of the same year.

Since I wanted to find out more information about the 1918 virus and how it impacted Fullerton on a local level, I reached out to Cheri Pape, Local History Archivist at the Fullerton Public Library, via email to see if the library happened to have anything on the subject. Because of the current Coronavirus situation, Cheri only works in the library a couple of days each week and in the Local History Room for very limited hours. However, she was happy to help me out and sent over some information. I received several digitally scanned copies from the Fullerton News and the Fullerton Tribune, two newspapers around during the time of the 1918 flu. Sadly, Cheri discovered that the microfilm of the Tribune from October to December 1918 has deteriorated. Fortunately, she was able to scan and send over an index from that time indicating the headlines of articles that appeared in the newspaper.

I discovered after reading an old article from the Fullerton News Tribune that the city of Fullerton closed as a result of the epidemic. The Board of Health at the time issued an edict for “all places of amusement, the schools, the churches, public meetings…” to close at 6:00 pm on Saturday, October 12, 1918. Sixty-six cases were reported before noon on that day. Dr. J. H. Lang, City health officer, published a notice in that same issue of the Tribune enforcing the law laid down by the State Board of Health and ordered that everyone obey the law to the letter “for the purpose of preventing as far as possible the further spread of the disease.” 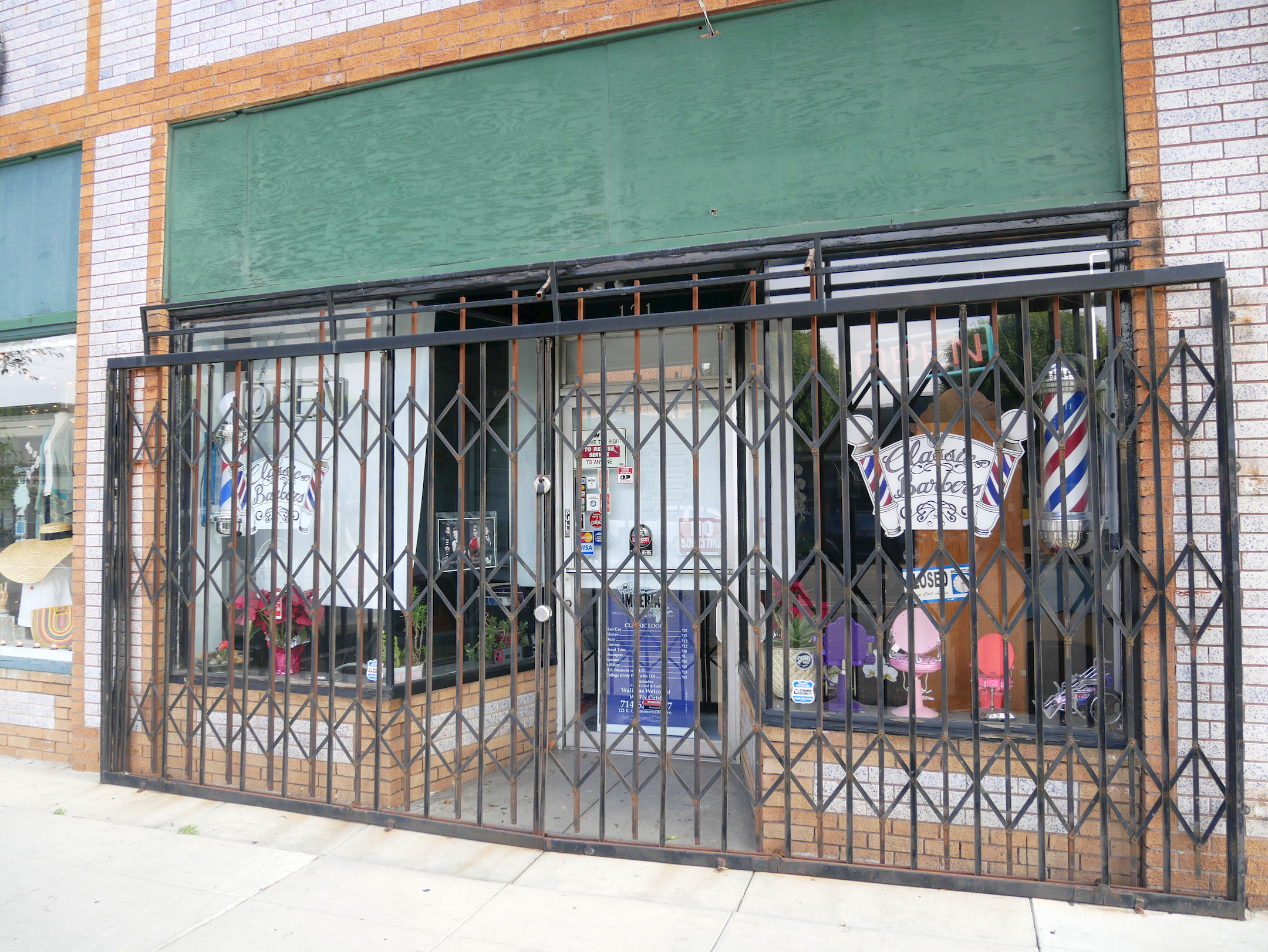 The good news was that there weren’t too many cases of influenza in Fullerton and the ones that did occur were not too serious. The Tribune said that “it is well to observe as much precaution as possible to prevent further spread,” similar to what news outlets are saying today. The Tribune also recommended that “this is a very good time for people to remain at home and keep their children off the streets. Keep away from the depot and keep off the trains as much as possible.” They said, “These little hardships are nothing compared to what our boys endure over there.” 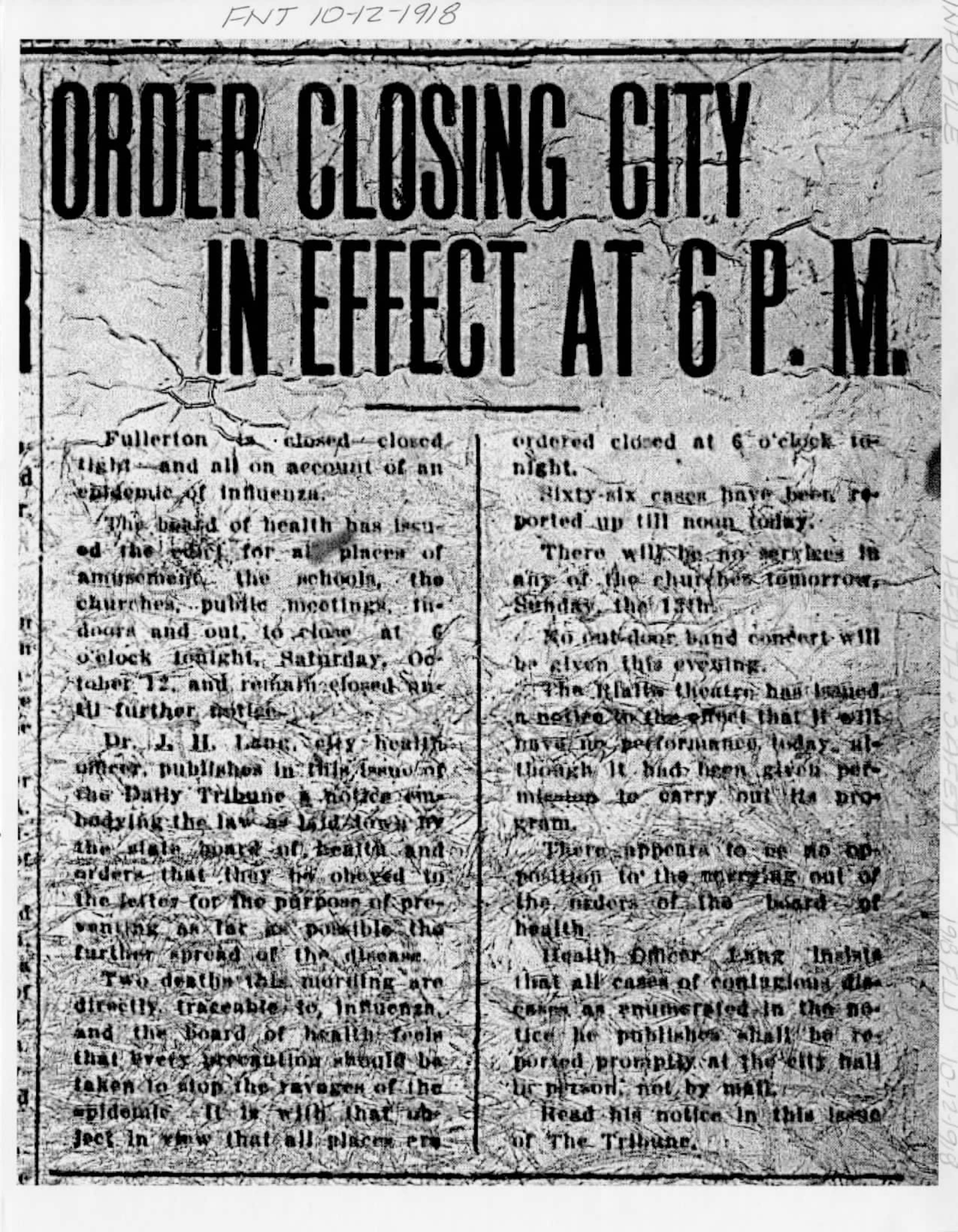 There was a very informative oral history done by the CSUF Center for Oral and Public Health with a Fullerton resident named Jessie Corona de Montoya, who talked about what life was like both during the 1918 flu epidemic and an earlier smallpox epidemic. “We were quarantined,” she recalls, “Nobody could go in and all the ones that were in the house could not leave.” Jessie and her two brothers survived smallpox.

Montoya paints a disturbing picture of smallpox: “They’re red. It’s a little bump, and it’s red on the surface and then they are full of some ugly matter that turns a deep grey, ugly when they burst…and the smell. This rotten smell. I can’t describe it.” A few years later, an influenza epidemic afflicted six members of Montoya’s family. “A lot of people died,” she recalls, “There were lots and lots of deaths from that.”

The flu became so serious that, according to the Fullerton College Centennial website, “the flu developed so rapidly that after signs of sickness, people could die within hours. Health departments distributed masks to be worn in public, funerals were limited to 15 minutes, and trains would not allow passengers to travel unless they had a signed certificate of health.” 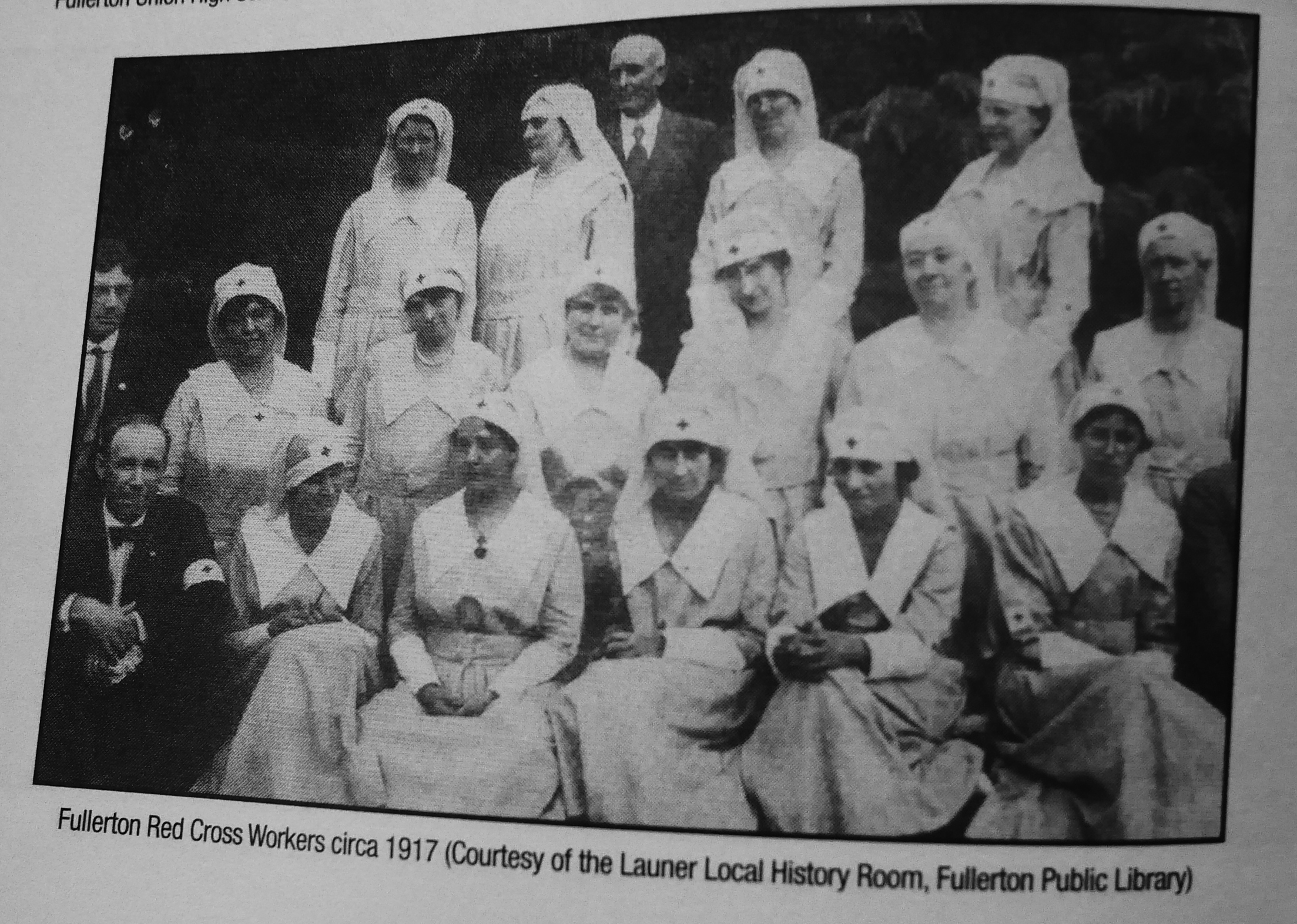 Even then, people thought there were more cases that weren’t being reported. According to a different issue of the Tribune, “in the opinion of Dr. Domann, there are more cases than reported, as physicians have been a little lax in making reports.” At the time, Dr. Zaiser, who was in charge of the County hospital, was reported to be seriously ill and the hospital was closed to visitors. The newspaper reported that “anyone gaining admittance there will have to have urgent business.” Our health care professionals today are even more prepared than they were back then, so it is important to listen to them. 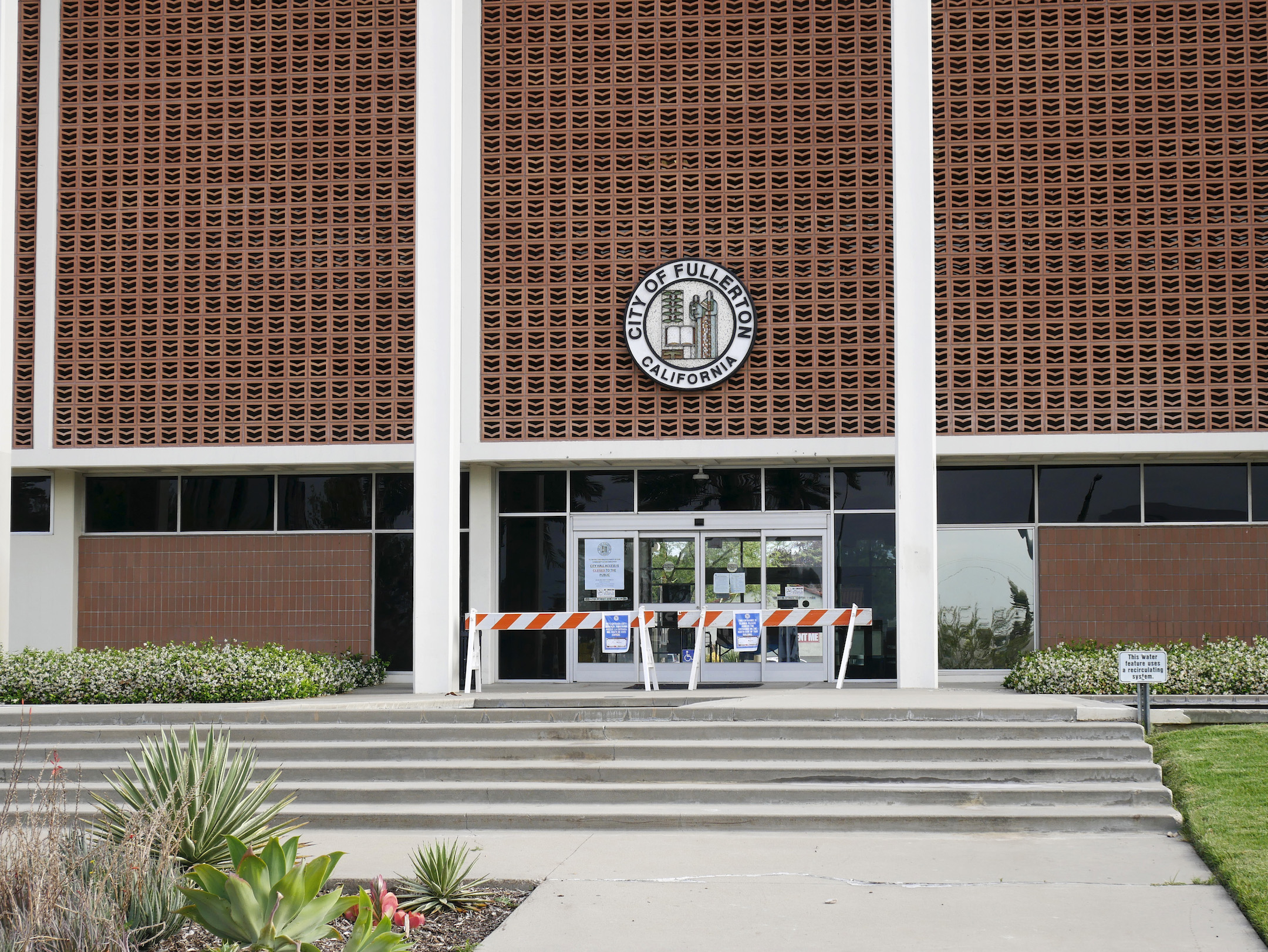 It was hard to get citizens to comply with the orders issued by the scientists and the boards of health back then, just as it is now. According to an article titled, “How some cities ‘flattened the curve’ during the 1918 flu pandemic,” published on the National Geographic website, “in 1918, a San Francisco health officer shot three people when one refused to wear a mandatory face mask. In Arizona, police handed out $10 fines for those caught without protective gear.” But in the end, the strongest, sweeping measures paid off. It’s important to keep in mind that “public health interventions are the first line of defense against an epidemic in the absence of a vaccine.”

When it came time for the schools to reopen here in Fullerton, precautions were taken. According to another article published on Oct. 31, in the Tribune, the high school (Fullerton High School) was allowed to reopen “provided the epidemic of influenza does not show signs of increasing before that time.” They weren’t admitting students from homes in which the disease existed unless the student already had it and had fully recovered. The paper announced that “those who had it will not be allowed to enter school short of ten days from the time of taking the disease.” The doctors of Fullerton at the time volunteered to personally inspect each student for as long as necessary and planned to exclude from school anyone who had a cold or “otherwise showed signs of physical ailment that might develop into influenza.”

So, you may be asking yourself, “How did they flatten the curve back in 1918?” Well, according to research from Molly Billings in 1997 that was published on the Stanford website at virus.standford.edu, in 1918, “the medical and scientific communities had developed new theories and applied them to prevention, diagnostics and treatment of the influenza patients.” Now, more than ever, it is important to listen to scientists and health professionals.

We can look to the lessons of the past pandemic in order to help us in the present, which may help us avoid history repeating itself today. So, whether you’ve ever heard of the horrific 1918 pandemic, reading about it should actually give us hope. It ended. Pandemics end. 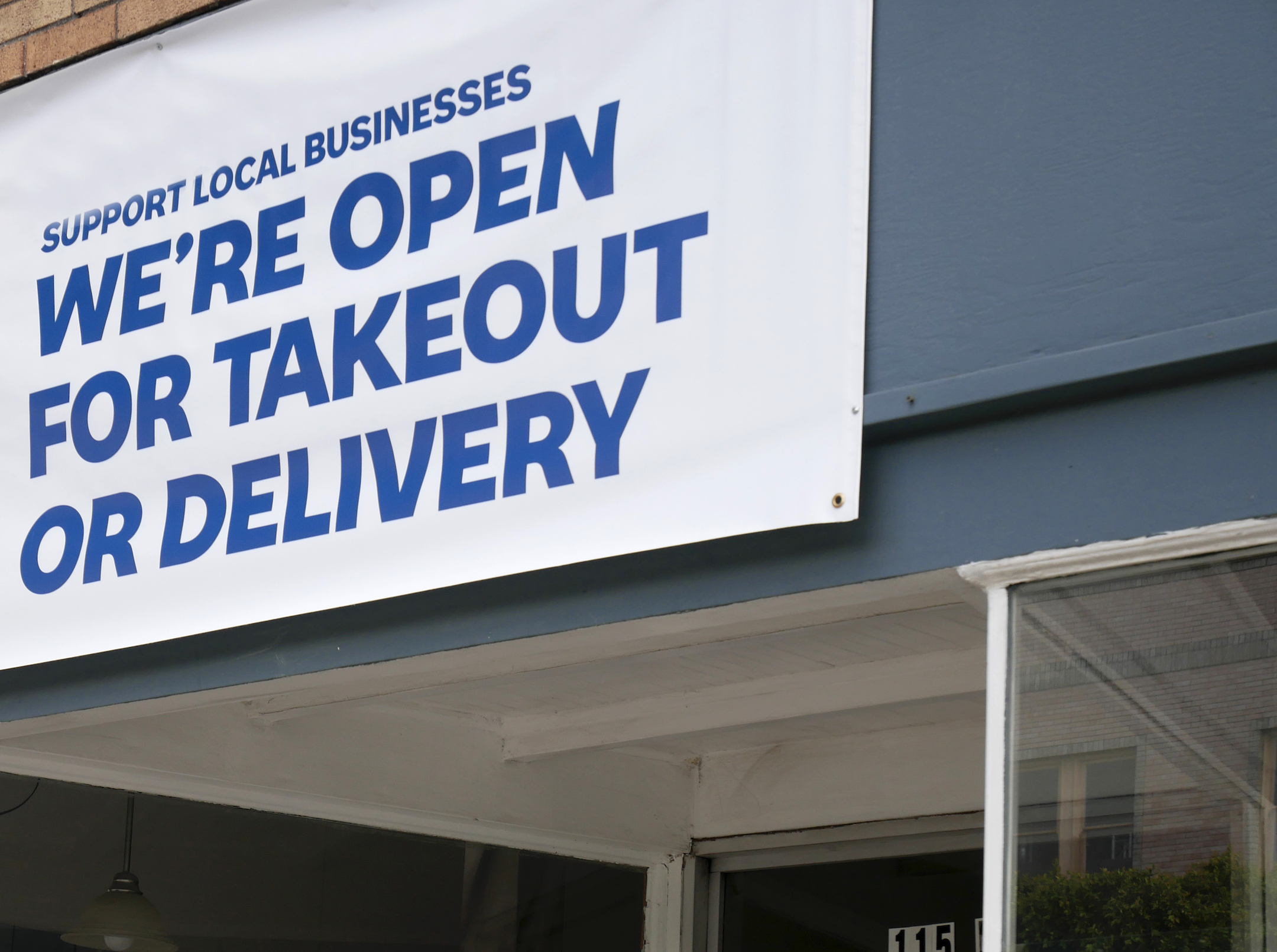 To watch photo comparisons of life then and now, check out my short video below