When their contract expired, the City issued a Request for Proposal (RFP) on March 9, and a company called Tripepi Smith was the only respondent. City staff recommended that Council award them a 3-year contract for $109,517.

According to City Manager Ken Domer, MC Video was notified that the RFP was posted but they did not submit a proposal.

Council member Jesus Silva expressed concern that “we left our current provider out of the loop.”

Michael Castillo, owner of MC Video, spoke during public comment saying that he was not verbally notified of the RFP and that he received a call on May 11 from Antonia Graham, the Deputy City Manager, saying that, “We no longer need your services.” 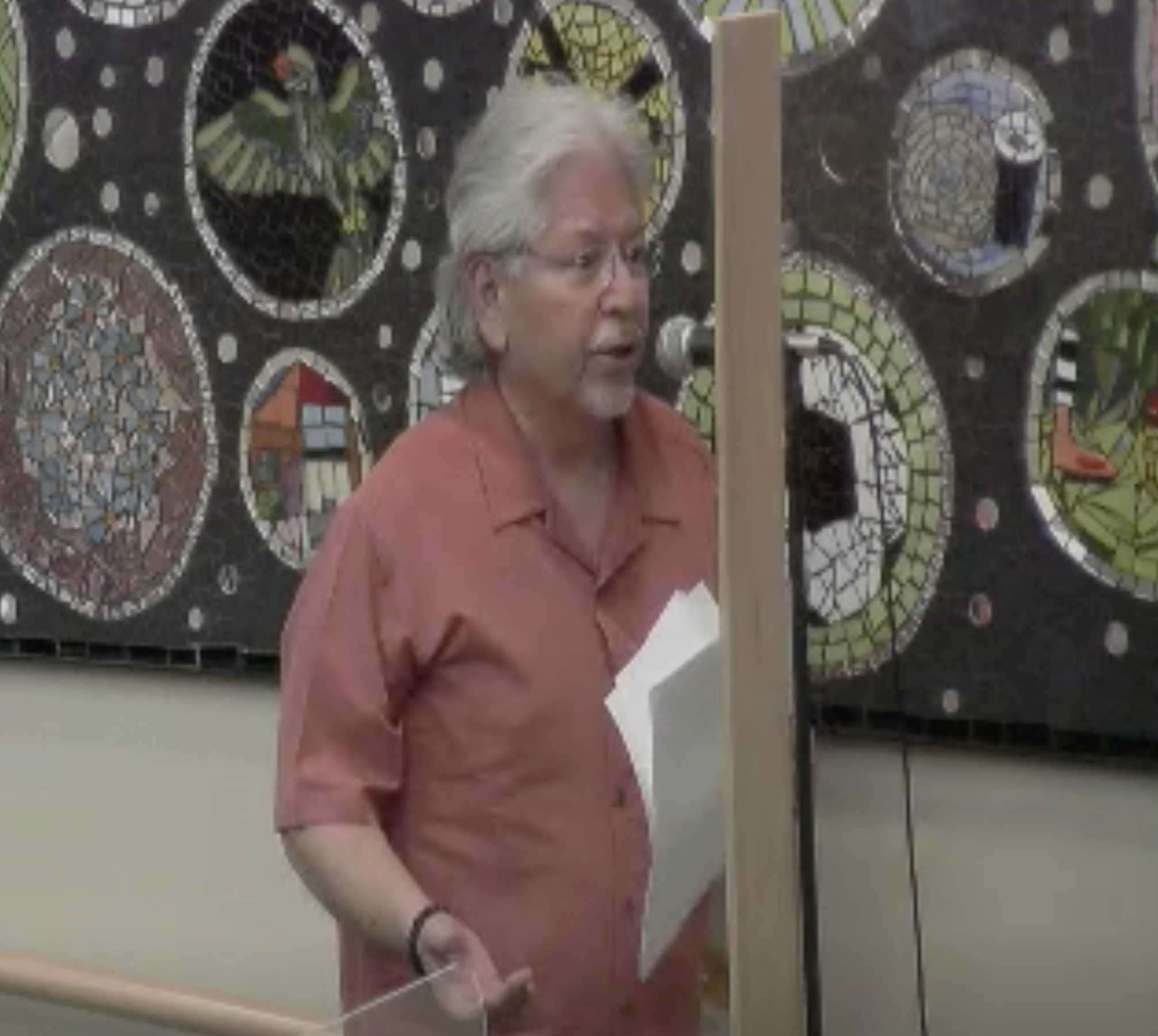 Michael Castillo of MC Video speaking to Fullerton City Council on May 19.

Castillo acknowledged that he “missed an e-mail” from the City notifying him of the RFP but that he sees City staff regularly as he is the current cablecasting provider and nobody verbally told him of the RFP.

“March was such a crazy month with the Pandemic and so on,” Castillo said. “As you know, we’re doing library meetings, we’re doing the Mayor’s Town Halls…And nobody said anything to me.”

Castillo also pointed out that Tripepi Smith is a marketing and public relations firm, and that he saw a testimonial on their web site from Deputy City Manager Graham from when she worked in Huntington Beach.

“It makes me worry that there was a relationship maybe,” Castillo said. “I’d love to continue to serve you. I’ve never missed a meeting in 25 years.”

Domer said that the RFP was put out “with current standards and best practices and was done according to our purchasing procedures.”

Councilmember Bruce Whitaker said that he has “concerns about any bid proposal where we only get one respondent, particularly in a county such as Orange County, where there are many operators who would appreciate an account like this. I’d rather see someone just dedicated to providing broadcast services for city council. It appears as though Tripepi Smith are very involved in marketing and communications,” Whitaker said.

City Manager Domer acknowledged that MC Video has been with the city for 25 years, but said that the city is looking to increase the technological capacity of its broadcasting services.

Council member Ahmad Zahra asked if Castillo would be able to provide the technologies that the City is requesting.

Castillo acknowledged that the computer used to run the programs “is very old and outdated” but felt he could meet the City’s needs.

“I remember many a time very late night meetings, and lots of special meetings and I appreciate all your efforts in coming through for us in all those occasions,” Whitaker said.

“It’s extremely important that a governmental agency be fair, transparent, and reasonable to all bidders. It is also important that bias should never play a part in these selections,” Ms. Castillo said. “We believe the selection was biased…we feel this was not transparent, nor was it fair.”

Mayor Fitzgerald said, “Because our assistant city manager has experience with the applicant…doesn’t necessarily imply bias. It implies that she’s well aware of the capabilities of that company.”

Mayor Protem Jan Flory made a motion to re-open the RFP to give MC Video, and others, a chance to make a bid.

“I’ve known Mike Castillo for a very long time. Mike has been very loyal to the City,” Flory said. “I would like to see the RFP process reopen…I think it would have been good had Mike been contacted directly…I don’t like the fact that a person who has been with the city as long as he has been feels like he was treated unfairly.”

Council then voted 5-0 to re-issue the RFP.