A campaign opposing the planned demolition of cooling pools at San Onofre Nuclear Generating Station has intensified ahead of a California Coastal Commission vote on Thursday, July 16.

During its remote meeting, the State panel is set to act upon a staff recommendation to approve an inspection and maintenance plan submitted by Southern California Edison (SCE). Approval of the plan opens the door for Edison to remove spent fuel cooling pools as part of the plant’s decommissioning.

“Destroying the spent fuel pools at SONGS without a replacement is shortsighted,” Dr. Gregory Jaczko, former chairman of the Nuclear Regulatory Commission, said. “The canisters will eventually fail and need repair. Until Edison identifies a specific technology implementation or builds an onsite facility, the spent fuel pools should stay.”

Jaczko was co-chair of a San Onofre task force that issued a report last month stating that Edison should be required to build a handling facility, or hot cell, before the cooling pools are removed.

As of Monday afternoon, nearly 600 people agreed with that finding and had signed an online letter to the Coastal Commission and regional leaders demanding a backup plan for San Onofre’s waste. 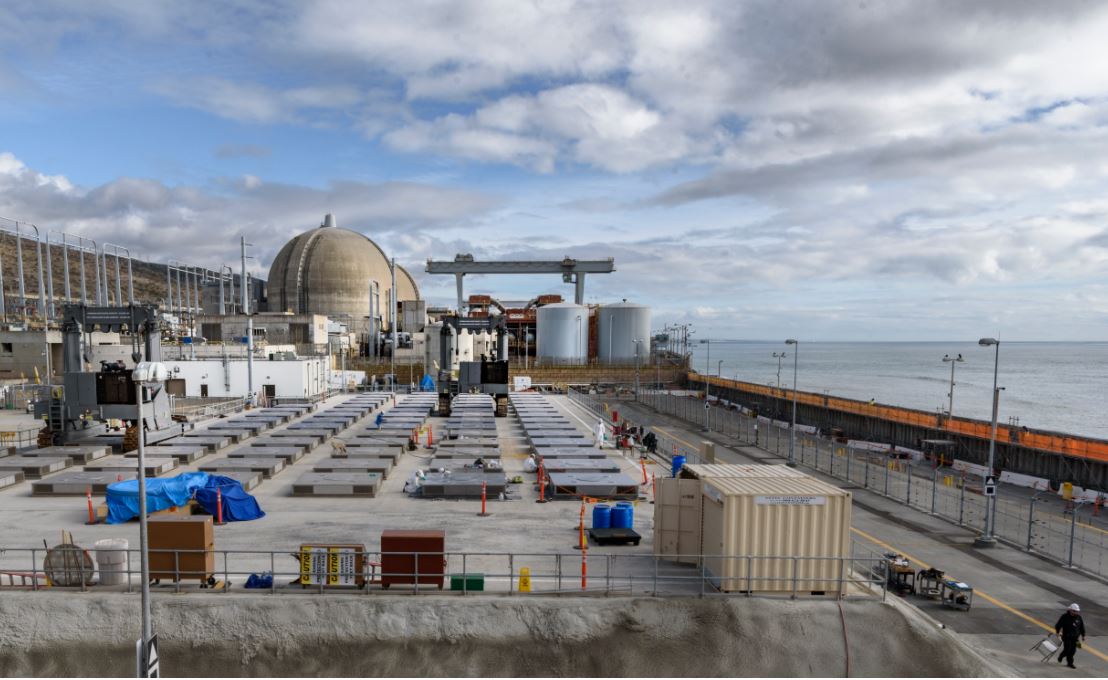 San Onofre Nuclear Generation Station was closed down in 2013.

Edison is in the midst of dismantling the nuclear plant, which quit generating electricity in 2012, and, after nearly 50 years of operations, has stranded 3.6 million pounds of highly-radioactive waste near San Onofre State Beach.

Meanwhile, critics remain leery of an Edison inspection plan in which a third-party consultant bases its review for detecting canister damage upon codes not yet approved by the American Society of Mechanical Engineers.

“There’s nothing in the plan to hold Edison accountable if the codes aren’t approved, and no evidence that they will actually work,” Chelsi Sparti, associate director of the Samuel Lawrence Foundation, said.

Elsewhere, the California Coastal Commission’s consultant, LPI Inc., failed to identify the fact that dissimilar metals used in components of the storage system can exacerbate canister corrosion caused by gouging and scratching.

In the inspection and maintenance program, Edison recommends fixing gouges by spraying them with nickel-based paint.

“The inspection and management plan is a Band-Aid designed to advance Edison’s program through 2035, when its Coastal permit expires,” Sparti said. “Meanwhile, Southern Californians are left without viable options if something were to go seriously wrong with one of those canisters.”

The Coastal Commission’s online meeting begins at 9am on Thursday July 16. Speaking requests must be submitted before 5pm Wednesday. July 15. The commission’s web address is: www.coastal.ca.gov