Principal Laura Rubio, staff members, former and current students, and curious neighbors came by to take one last look at the historic Fullerton Union High School Gymnasium at a memorial celebration on September 25. 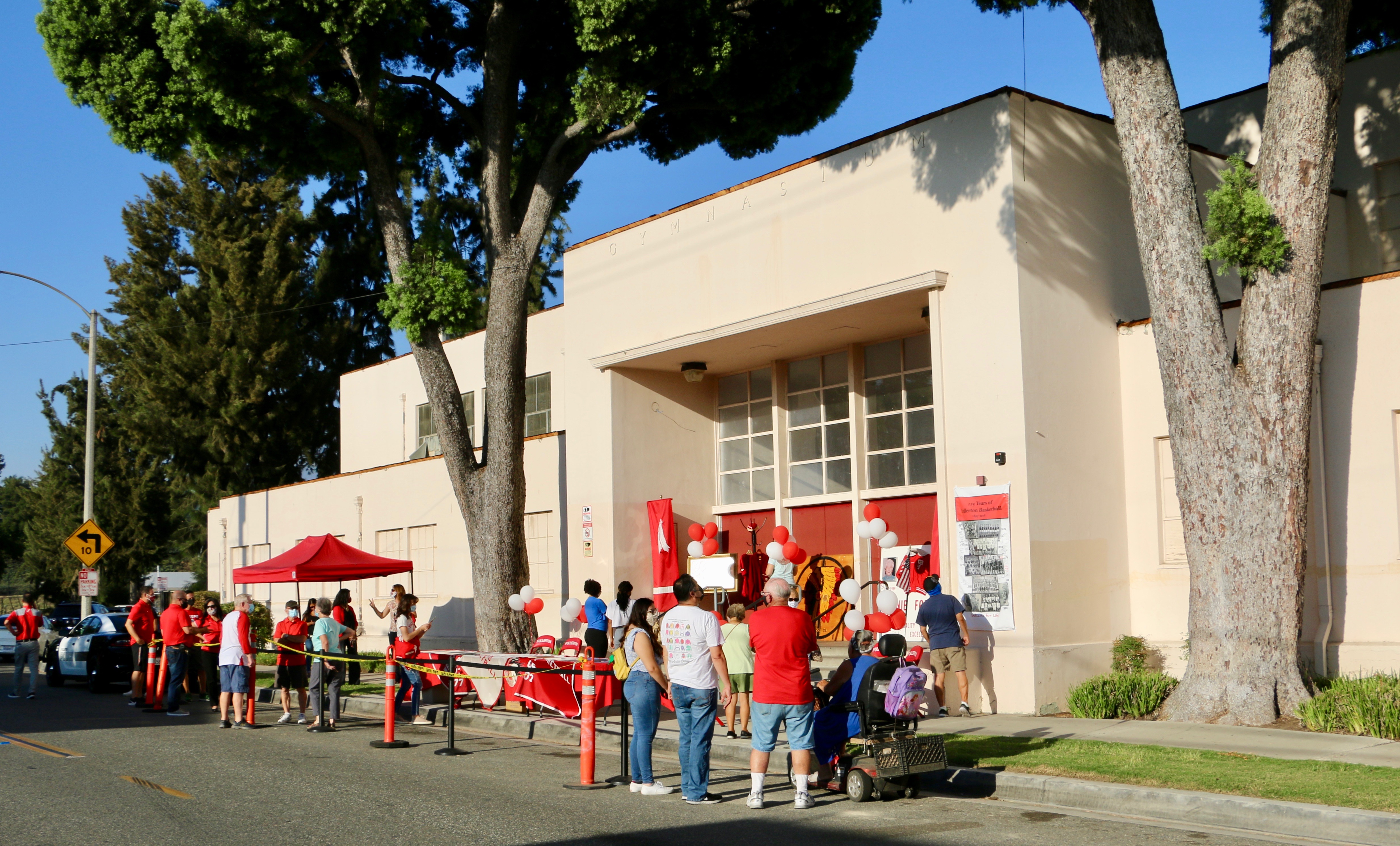 The gym was built back in 1925, and these steps were a popular spot for nearly every student who attended the school over the years. The ancient Fern Pine trees provided a welcome atmosphere for many years and quite a few residents have expressed concern about them. There is no plan to remove them, contrary to rumors that have been circulating. Demolition of the gym is set to begin on Monday, October 5, and there is a possibility the new gym may be completed by the end of the current school year. 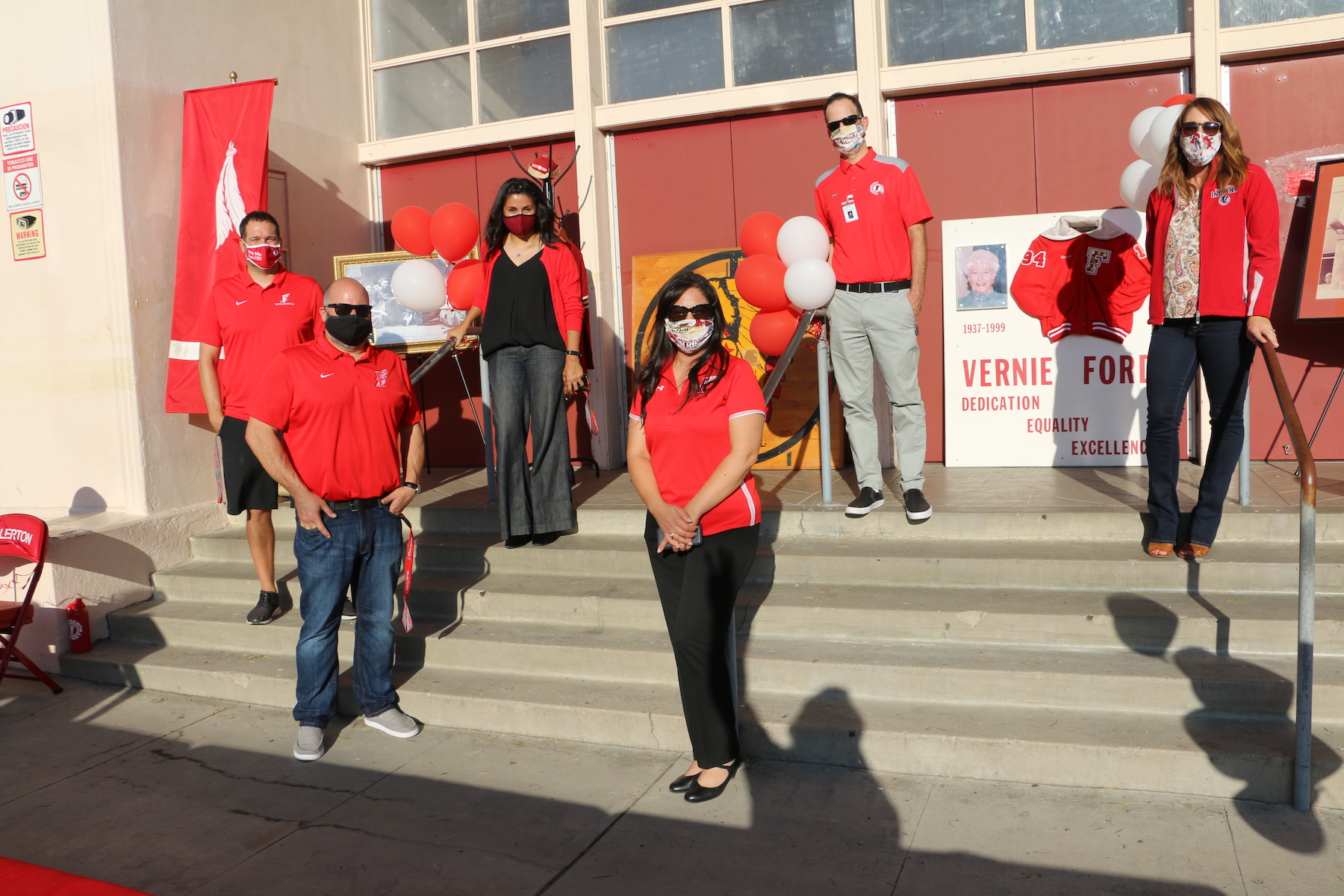 A number of interesting artifacts were on display as you see here. One of the best known alumnus came by looking for classmates. Former Fullerton Council Member Pam Keller can be seen at many Fullerton events and has been involved in organizing so many we can’t begin to list them here. Pam’s close friend, former Fullerton Mayor and current Assemblywoman Sharon Quirk Silva, also attended FUHS and when it comes to athletes, let’s not forget Hall of Fame baseball players Walter Johnson and Arky Vaughan who both attended as well. 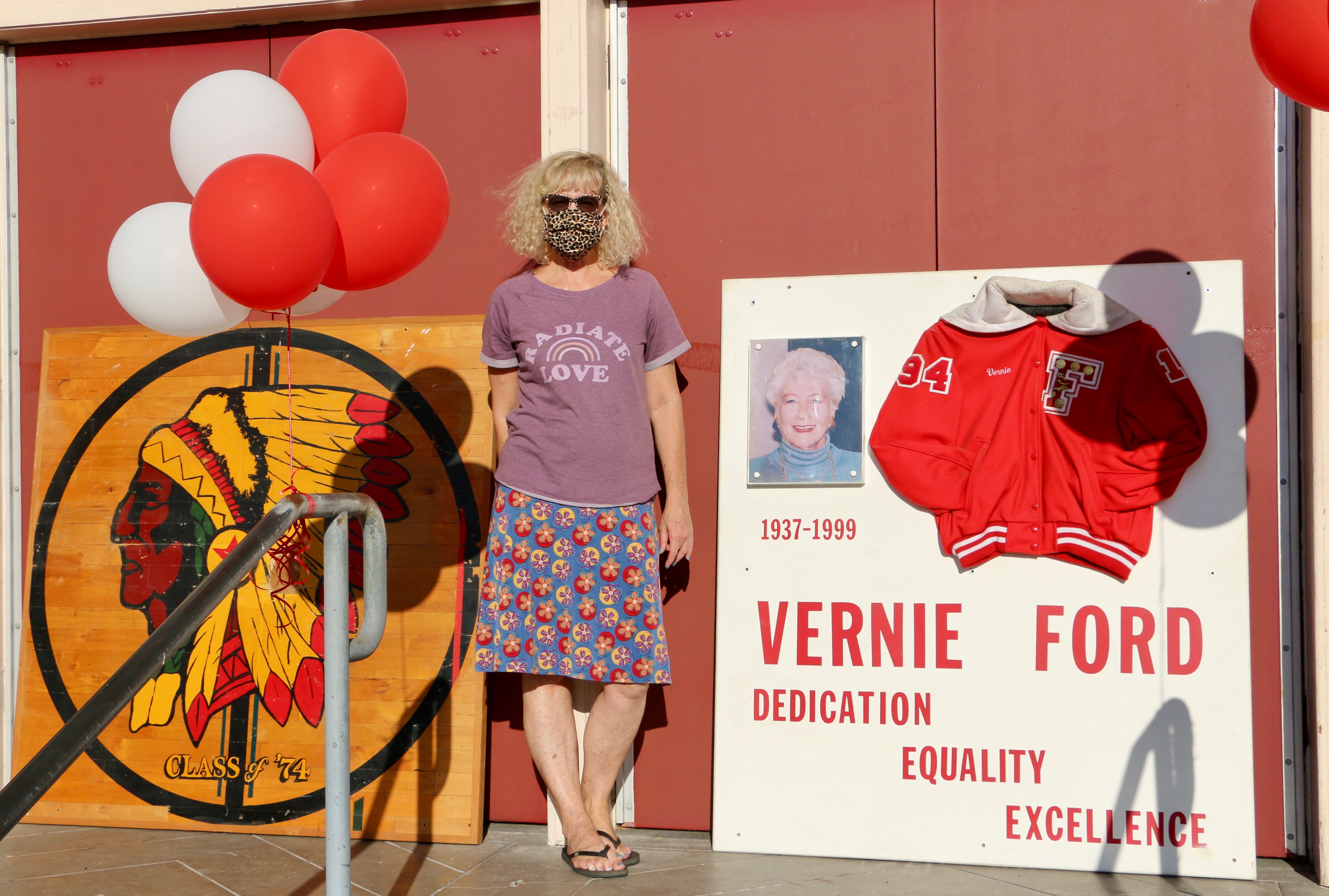 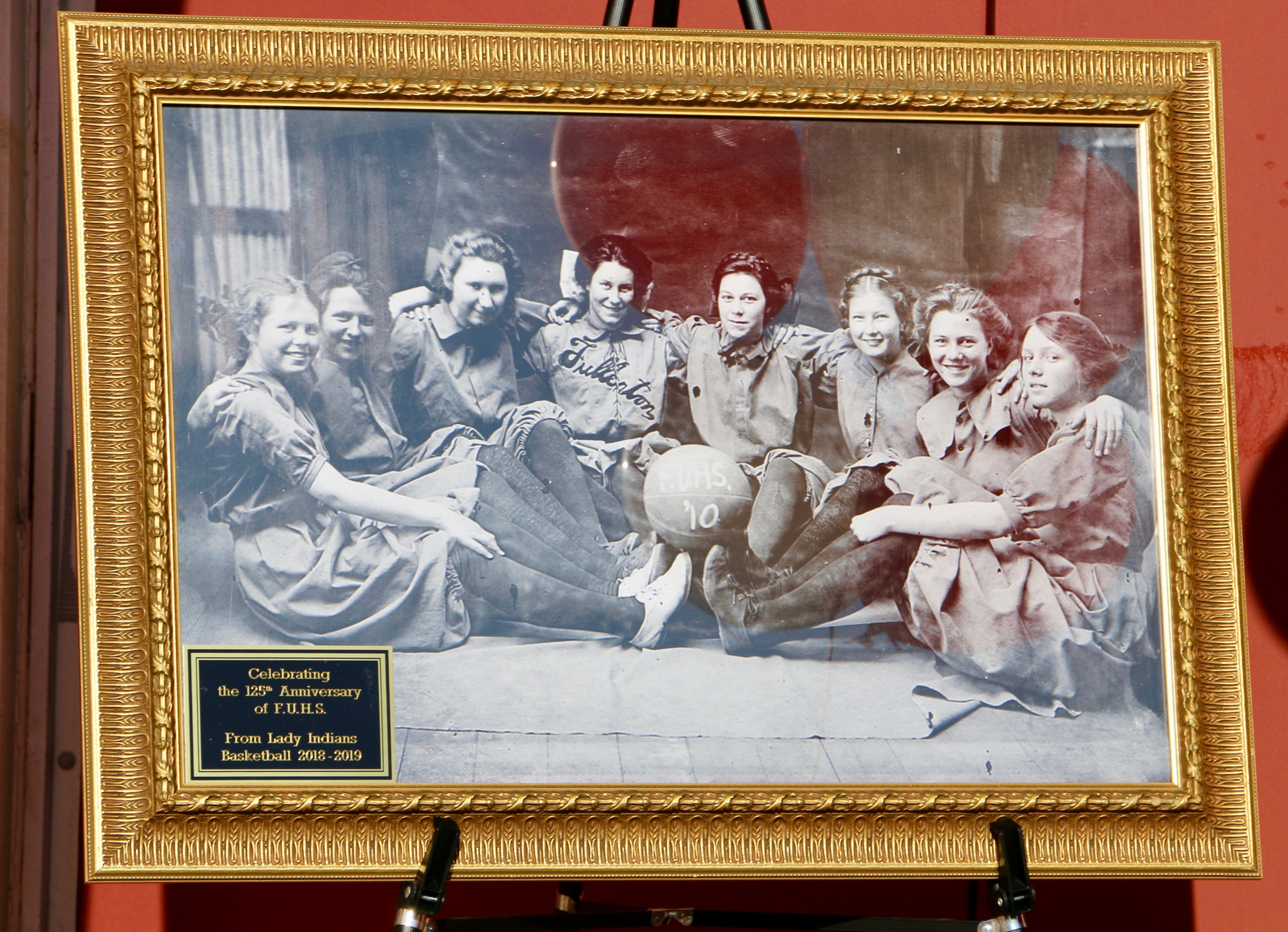 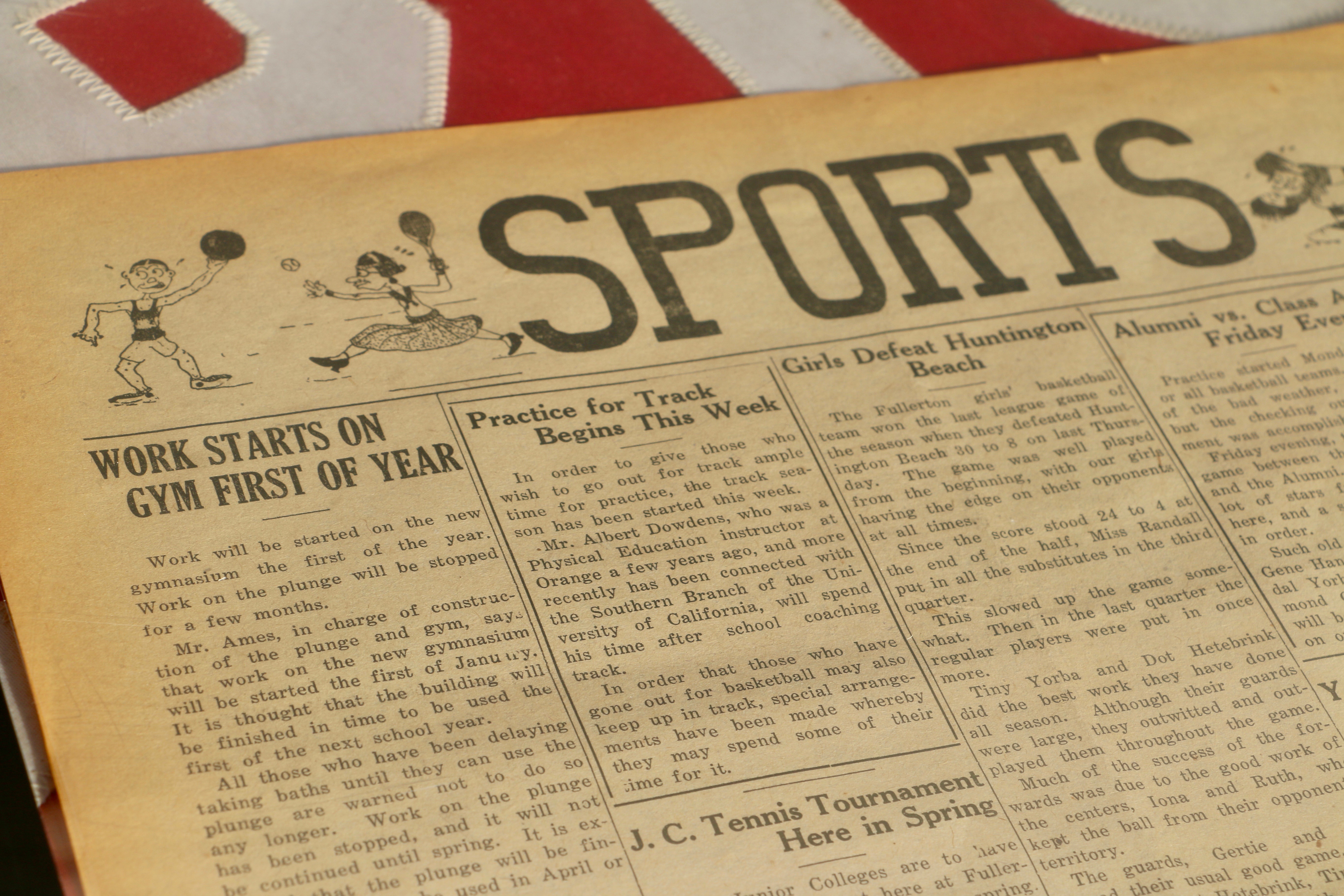 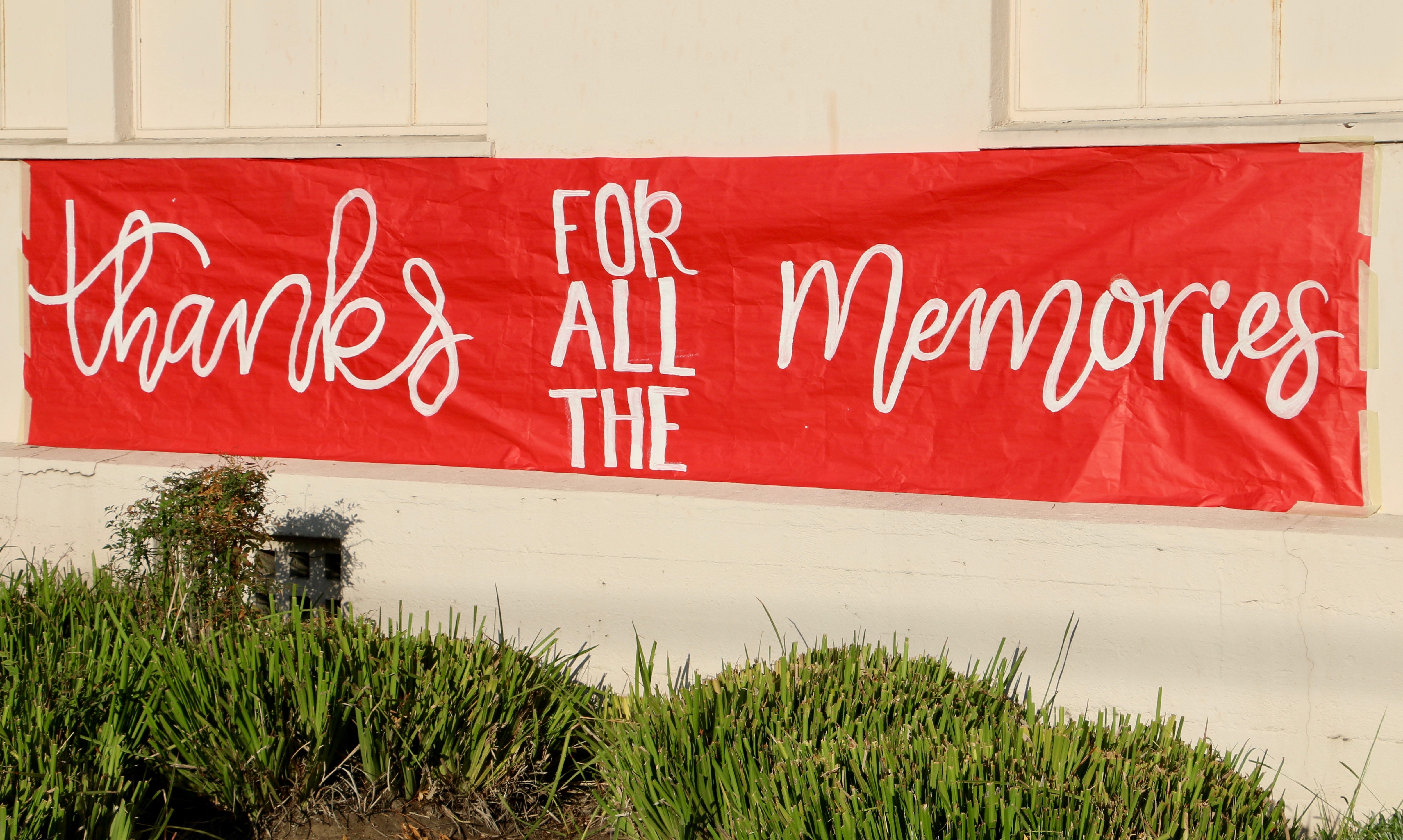 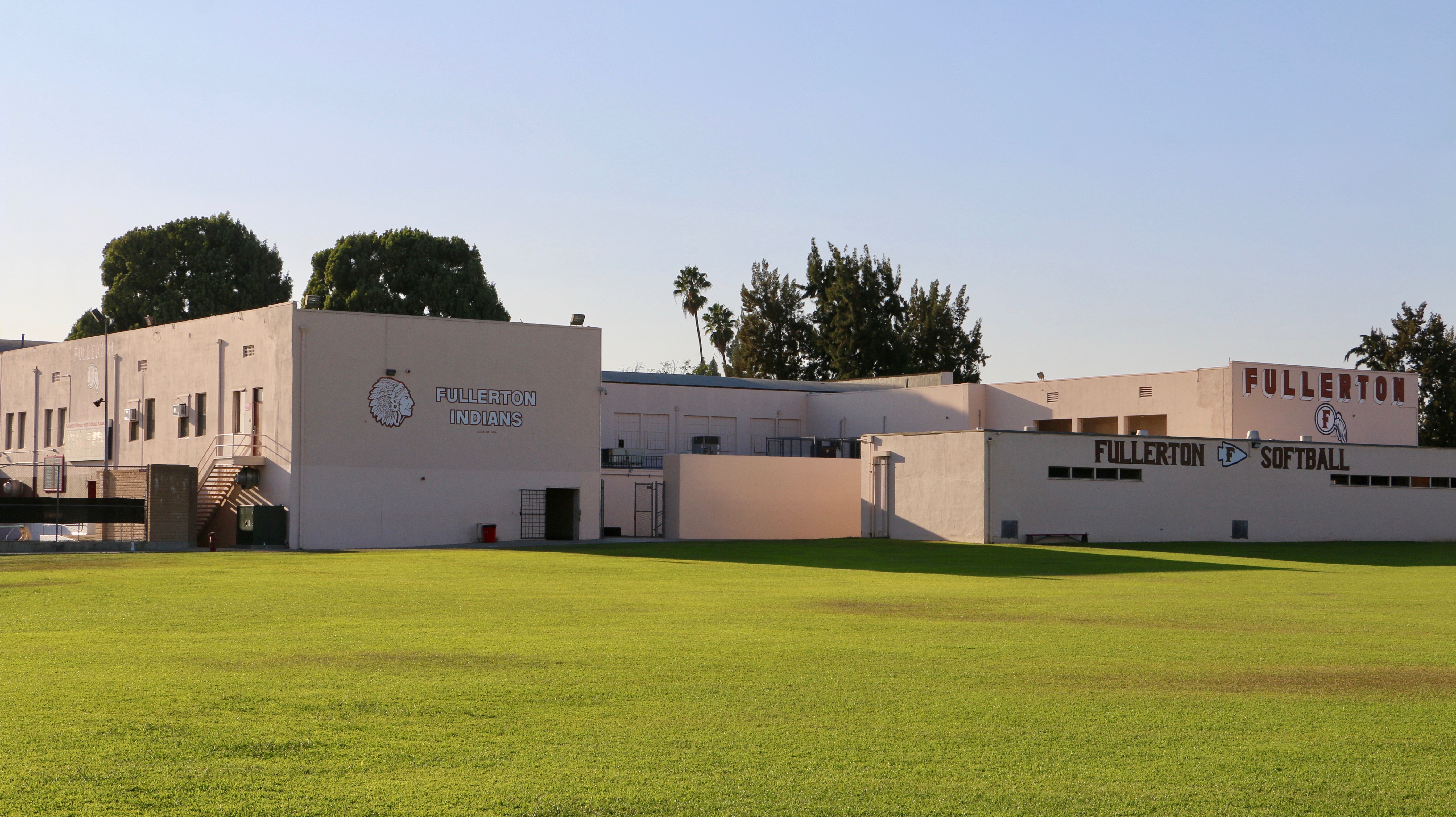 Back in the early 1980s, a few of us discovered a place called The Melody Inn on Harbor, which had opened many years before—in the 1940s, in fact. It was there on October 28, 1981 that we watched the Dodgers beat the Yankees in the World Series. Many of my friends who were there came to Fullerton from different parts of the country to work at Hughes Aircraft, but only one hailed from New York, so he was the one who was left out of the celebration, and then some. A Yankees fan, in Fullerton!? Ha. Over time, the place, which was built in the early 1900s, became a much more high-end restaurant and cocktail lounge, but fell prey to a fire in January of 1989. By the time you read this we will all know more, but some are hoping the Dodgers meet the Yankees in the World Series again this year.

“The Melody” was among the brick buildings that we mentioned in the July issue where Leo Fender had a music store. Pete and Tony’s to the north on Harbor came next, then Florentines, which became quite popular under the guidance of Tony Florentine’s son Joe, who has owned and operated restaurants downtown for many years, as I am sure many of you know.

Due to several unfortunate circumstances, The Florentine family of restaurants in our downtown has been closed. Joe and his wife Robin wanted all of us to know they thank the Fullerton community for all of your support over the years, and that they “have enjoyed serving alongside so many wonderful people and organizations over the last 3-plus decades.” They have promised to share some important news soon and we will have it here as soon as we get it.

Barrel & Stave Pour House opened their doors on September 20, and reviews from some friends who went there said they had a great time and they were surprised that it is much larger than they expected. They have been very careful to make the place COVID safe and when you pour your own craft beer, wine, or seltzer you don’t have to touch anything—you simply use the key you are issued when you enter. They have a large selection of beers and the selection will rotate, plus they offer Mexican food and chocolates. Many of their offerings can be ordered to-go, including Crowlers of any beer you select. Located at 250 W Santa Fe in SoCo.

What FUHS building is this? Send your answer to Mike at AllMedia@sbcglobal.net. 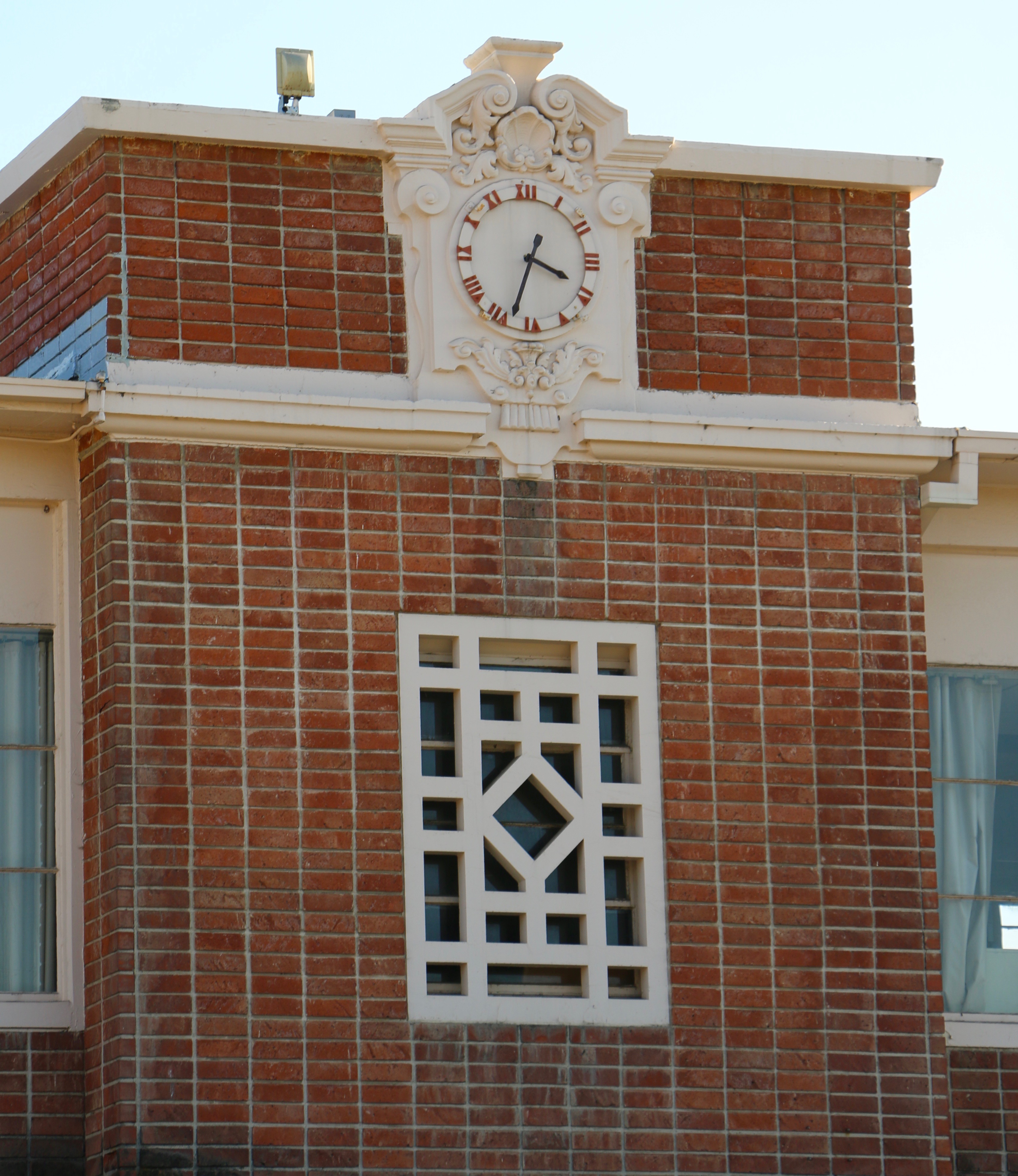