Note: This article was updated April 11, 2021 to include additional information, particularly that CA Attorney General Becerra’s office dropped their case against the CA GOP regarding “unofficial” ballot drop boxes.

Jordan Tygh, a regional field director for the California Republican Party, posted a photo of himself on Twitter on October 8 (which was since removed), holding an official ballot next to a metal box designated “Official Ballot Drop Off Box” and encouraging voters to vote for Orange County Republican Congressional candidate (and current OC Board of Supervisors Chair) Michelle Steel and to “DM me for convenient locations to drop your ballot off at!”

The box he was kneeling next to was not an official ballot drop box, and according to both OC Registrar of Voters Neal Kelley and CA Secretary of State Alex Padilla, designating a box as such is illegal. 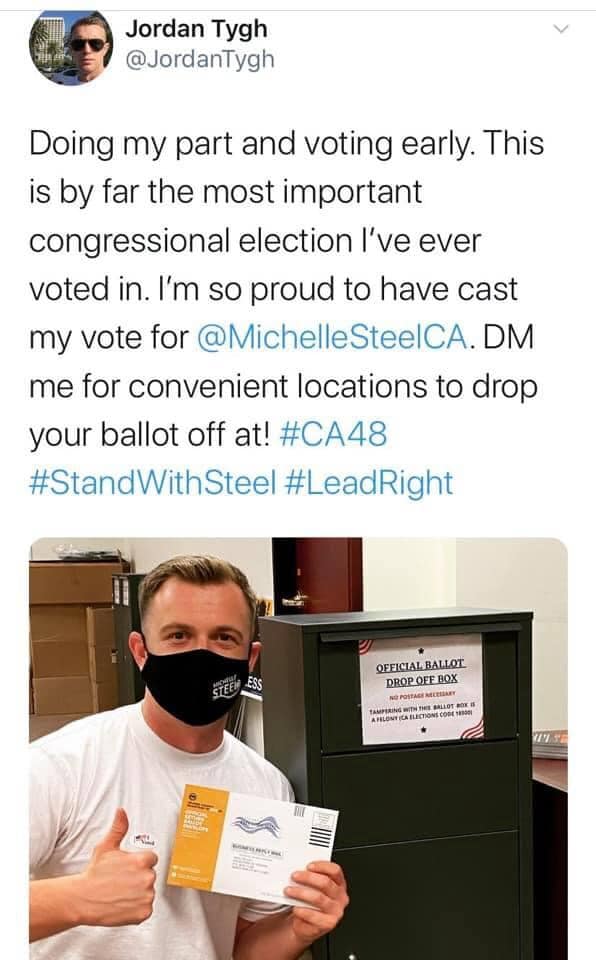 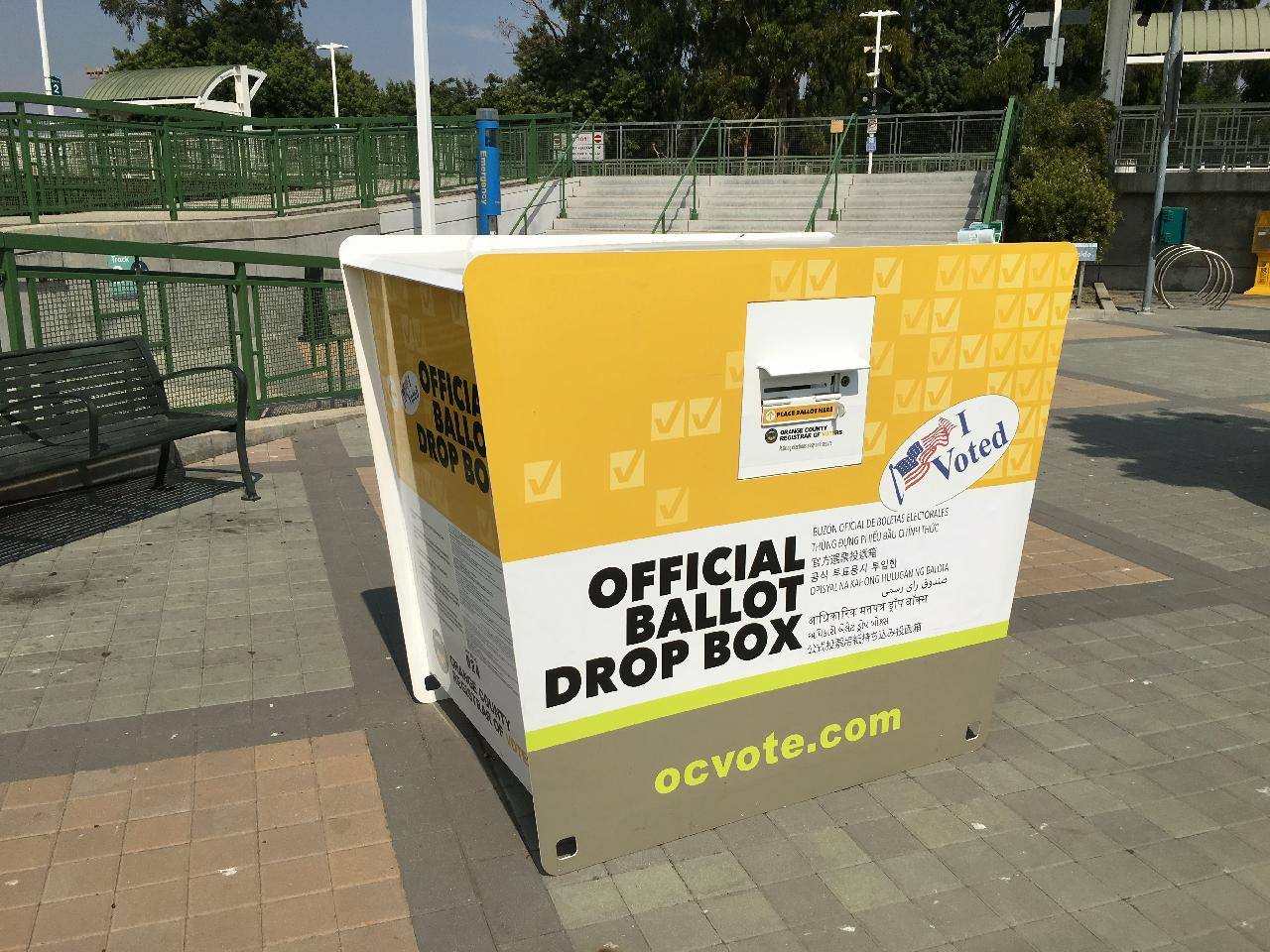 This is what an official Orange County ballot drop box looks like.

Locations of Orange County’s official ballot drop boxes can be found HERE. Voters who do not live in Orange County are advised to check with their county Registrar of Voters or on the CA Secretary of State web site HERE.

“One of my important roles as the chief election official for Orange County is to provide options for voters,” Kelley said. “In fact, tens of thousands of voters have utilized our official ballot drop boxes in recent days. It’s important for groups, or individuals, to understand that attempting to post or install unofficial ballot drop boxes is in violation of State law.”

According to the Associated Press, California’s Republican Party has acknowledged owning and distributing unofficial ballot drop boxes across the State, which have been reported at local political party offices, candidate headquarters, churches, gun shops, and other businesses.

On October 10, Freedom’s Way Baptist Church in Castaic (Los Angeles County) posted on social media that a box similar to the one seen in Orange County was “approved and brought by the GOP.” 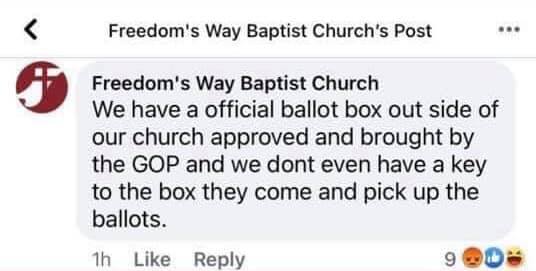 As reported by the Orange County Register, The Fresno County Republican Party posted on its website a list of “secure” ballot collection locations. However, none of the listed locations are official county drop box sites but rather the local GOP headquarters, gun shops, and other businesses. According to the Sacramento Bee, the Fresno GOP has since removed the boxes.

State GOP spokesman Hector Barajas told the Associated Press that State law allows an organization to collect and return groups of ballots. However, according to Padilla’s memo, unauthorized ballot drop boxes do not fall under that allowance, as there is not a designated person to sign for the ballots.

California State Attorney General Xavier Becerra issued a “cease and desist” against the CA GOP regarding this practice, and asked a judge to force the GOP to provide the names, address and birth date of all individuals that deposited a vote by mail ballot in any of Republicans’ non-official drop boxes, as well as the number of drop boxes deployed by the party and their locations.

After a judge ruled against expediting their case against the CA GOP, Becerra’s office ultimately dropped the case.

“Today’s update comes after we were able to secure — through on-the-ground investigative efforts, a subsequent response by the California Republican Party to our investigative interrogatories, and coordination with the Secretary of State and county registrars — information we needed to ensure that voters’ ballots were counted,” the California AG’s office said in a statement. “Despite public confusion caused by representations made by members of the California Republican Party and their initial deployment of unauthorized ballot collection boxes, we are confident that this election was safe and secure in California — as it was across the country.”