Hate Crimes on the Rise in Orange County

The OC Human Relations Commission released its 2019 Orange County Hate Crime Report on October 20. For the fifth consecutive year, the numbers of crimes increased. Hate crime was up 24% in 2019 over the previous year.

“We know that hate crime is grossly underreported and that we likely do not hear from the majority of people who are targeted each year,” Allison Edwards, CEO of OC Human Relations, wrote in a statement. “We are a diverse county, but we can do better. We can be an inclusive county where the people who live here feel safe and good about staying here.”

Here’s a summary with excerpts from the report: 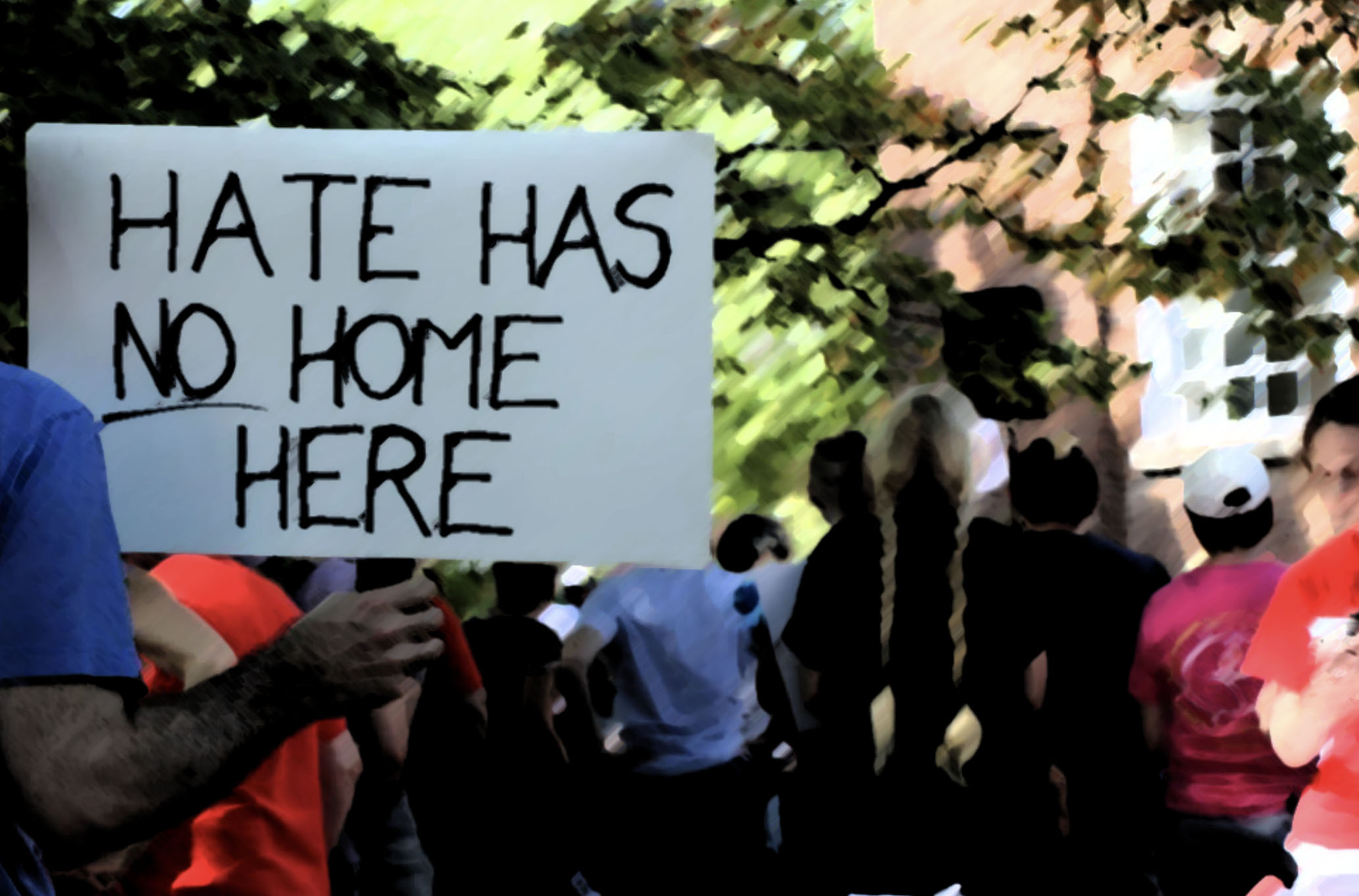 What is a Hate Crime?

In California, the legal definition of a hate crime (under California Penal Code 422.6) is defined as a criminal act committed, in whole or in part, because of one or more of the following actual or perceived characteristics of another’s disability, gender, nationality, race or ethnicity, religion, sexual orientation, or association with a person or group of persons with one or more of the preceding actual or perceived characteristics.

The most frequently reported hate crime was motivated by the targets of race, ethnicity and/or national origin (47%) followed by religion (28%), sexual orientation (18%), gender identity (5%), and disability (1%).

Of the 47% of cases motivated by race, ethnicity, and/or national origin, 53% were driven by anti-Black sentiment, followed by anti-Hispanic (30%) and anti-Asian (17%).

Of the 28% of hate crimes motivated by religion, the Jewish community was the primary target at 52% followed by Catholics, Christians, and Muslims (14% combined).

Of the hate crime cases reported motivated by sexual orientation (18%) and gender identity (5%), 78% of the cases were anti-gay followed by anti-female(11%) and anti-transgender (11%).

What is a Hate Incident?

A hate incident differs from a hate crime in that it is the behavior that is motivated by hate or bias towards a person’s actual or perceived disability, gender, nationality, race or ethnicity, religion or sexual orientation but is not criminal in nature. Typically, these behaviors are protected by the First Amendment’s right to freedom of expression. If this type of behavior escalates to threats or carried out against a person or property, or becomes an incitement to commit violence, it would be classified as a hate crime.

In Orange County, a total of 156 hate incidents were reported in 2019, a 6% decrease from last year. Hate incidents are notoriously underreported for a variety of reasons. According to the Southern Poverty Law Center, there are up to 260,000 hate events that go unreported annually nation-wide.

The main motivation for hate incidents was religion (44%) followed by race/ethnicity/National origin (39%), and sexual orientation/gender identity (15%). Two percent were targeted for more than one motive.

Similar to the hate crime data, of the 44% of hate incidents due to religion, the Jewish community was the primary target at 65%, followed by 31% of the incidents targeting the Muslim community (31%).

Of the 39% of hate incidents motivated due to race/ethnicity/National origin, 51% were anti-Black followed by anti-Hispanic (13%) and anti-multiple races (13%).

Of the hate incident cases reported that were motivated by sexual orientation/gender identity, 68% of the cases were anti-gay followed by anti-female (14%), anti-lesbian (9%), and anti-LGBT in general (9%).

Forty-one percent were reported in high schools, 25% in middle schools, 19% in colleges/university, and 15% in elementary schools.

According to the Centers for Disease Control and Prevention (CDC), students who experience hate crimes or hate incidents are at increased risk for lower academic achievement as they tend to skip school and are more likely to drop out. Studies show there is a link between school safety and students’ academic performance.

Orange County is one of America’s most diverse counties. Of the roughly 3.2 million people who live here, about 30% of our population is foreign-born, over 40% of residents speak a language other than English at home, including roughly 25% who speak Spanish, and there are over 80 faiths practiced here.

“In publishing this annual Hate Crime Report, we are confronted by the fact that hate crimes continue to rise,” wrote Michael Reynolds, Chair of the Orange County Human Relations Commission. “We can, and we must, do better. It is our hope that this report will inform ongoing conversations in different spaces about the need to support hate victims and, as a community, to commit to treat one another as we individually would want to be treated.”

What should I do if I’m victimized?

•Obtain medical attention, if needed. Be sure to keep all medical documentation.

•Leave all evidence in place. Do not touch, remove and/or clean up anything.

•Document what happened by taking photographs of the evidence, writing down exactly what was said, particularly any words that indicate bias, motivation, and other information that may be valuable.

•Get the name(s), address(es), and phone number(s) of other victim(s) and witness(es).

•Find support from friends, family, and from seek professional help if needed.

To report a hate crime, call 714-480-6580. You can also report online at www.ochumanrelations.org/hatecrime.

The OC Human Relations Commission provides individuals who have been targeted by hate crimes and/or hate incidents with support and appropriate resources. All information, support, and services provided are confidential. Throughout the year, the Commission provides presentations and releases the annual Hate Crimes Report informing Orange County community about hate crimes and hate incidents because of the impact that it has on the victims and society.

Help is available in the form of:

• Support in communicating with the law enforcement, the court and other authorities

• Orientation to the criminal justice system

Other organizations that support and defend victims of hate crimes:

• National Association for the Advancement of Colored People (NAACP) of Orange County:(714) 543-3637