Looking at a History of Historical Preservation in Fullerton

I was taking an early morning walk one day when I noticed a small brass plaque on a wall outside a Spanish Colonial Revival style house on Fern Drive. I stopped to take a closer look and saw that it said, “City of Fullerton Local Landmark.” So, when I got back home, I decided to find out more information about local landmarks that I hadn’t covered in previous columns. It’s fascinating to learn about how the City developed over the years. Today, we can turn to 2 major historical building surveys to see how the wide range of architectural styles in Fullerton reflects the City’s development. 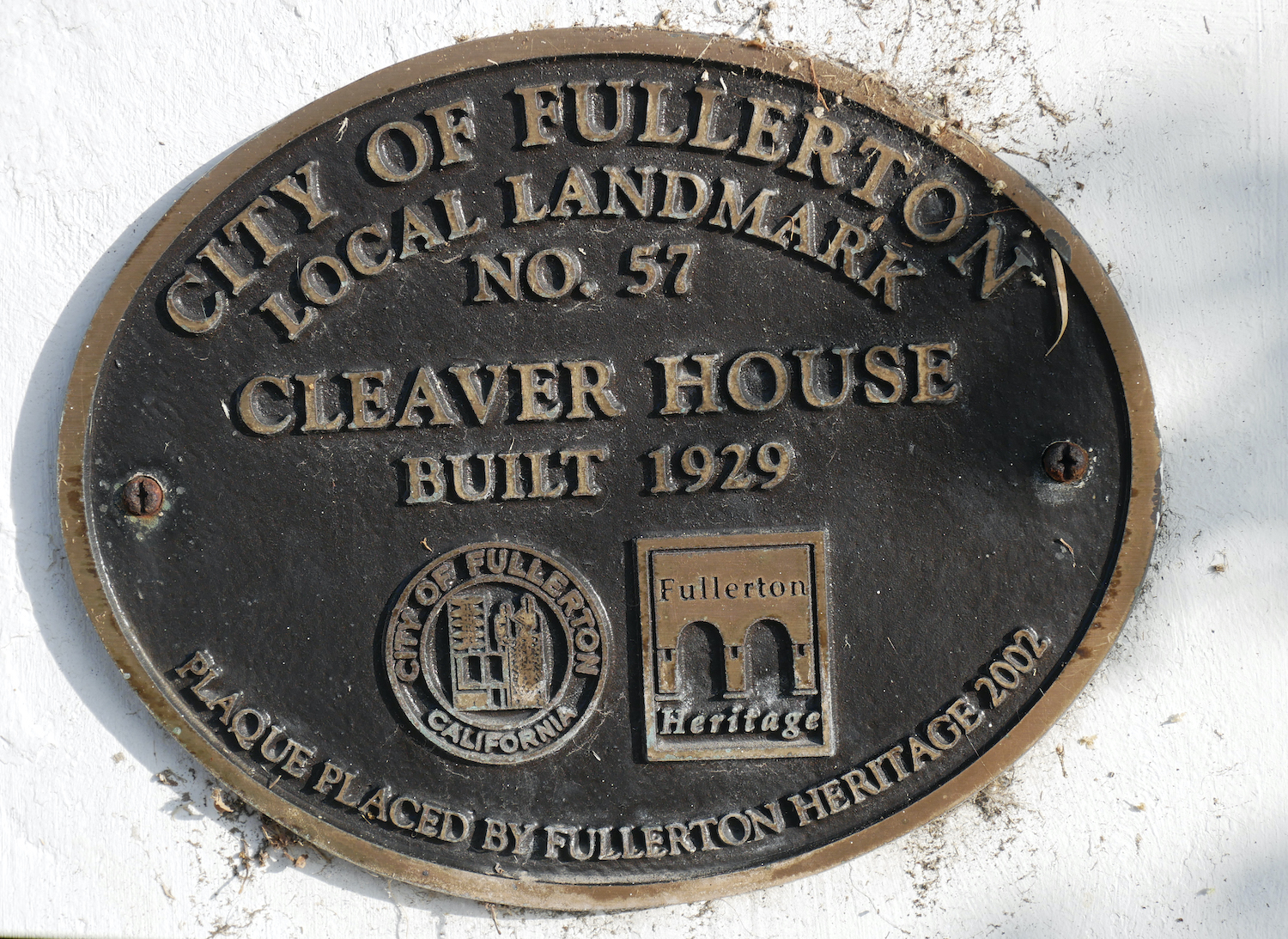 There are 97 buildings in the City of Fullerton that are considered local landmarks.

I think it’s important to keep in mind that while the settlement of the Fullerton area by pioneer families took place in the 1860s, the actual founding of the Fullerton town site by the Amerige Brothers was not until 1887 at what is now the corner of Harbor Boulevard (then Spadra Road) and Commonwealth Avenue. In fact, nearly all of the early commercial buildings, especially the really old wooden structures from the start of the community in the late 1880s until the early 1900s, have been replaced. However, an extensive amount of construction from incorporation to the 1940s still remains largely intact and rather well-maintained.

According to a 2001 through 2002 survey titled, “Fullerton Through the Years: A Survey of Architectural, Cultural & Environmental Heritage,” conducted by the Fullerton City Council and the Development Services Department in collaboration with Fullerton Heritage and the Launer Local History Room [in the Fullerton Public Library], “Prior to the 1970s, activities directed at promoting and preserving the heritage of the community were virtually nonexistent. Events in the 1970s brought more awareness of the City’s past and the real threat of losing landmark properties, particularly within the blocks of the original townsite. In response to this, in 1977, the City Council adopted a Historical Landmarks Ordinance to establish the criteria for property being eligible as a local landmark and to specify a review procedure and restrictions for proposals affecting designated local landmarks.”

In 1979, a major survey to inventory and assess the City’s past developments (including buildings, sites, and significant features as well as distinct neighborhoods) was started. This was known as the City of Fullerton 1979 Historical Building Survey and it identified over 90 individual buildings or features and a dozen distinctive neighborhoods that met the criteria for designation as either a local landmark or a landmark district. This survey was conducted largely by community volunteers and helped raise interest in preservation issues. It also laid a solid foundation on which both private and public actions have since constructed an impressive record of historic preservation.

Cheri Pape at the Fullerton Public Library’s Local History Room was kind enough to share a scan of the introduction to the Historical Building Survey with me via email. Reading through the introduction, I learned that this wasn’t the first attempt at preservation in the community. The story of historical preservation in this city begins with the League of Women Voters of Fullerton, an organization that stands out as the most active in earlier community preservation work. Most of the League’s activities were directed toward awareness programs, such as research and forums on various subjects. They also issued some publications including, “Some Interesting Trees in Fullerton” and “Historic Sites in Fullerton,” which were both published in January 1971 and were done in conjunction with the American Association of University Women.

I discovered that, back then, the Fullerton Public Library used to sponsor an annual “Old Timers Day,” an event designed to help bring to light information about Fullerton’s past and to stimulate donations of memorabilia to the Library’s Launer History Room, which to this day still remains a great repository for information, photographs, and other documents relevant to Fullerton’s history. Also, in the early 1970s, long-time Library employee, Dora May Sim, wrote a book on the history of Fullerton entitled Ostrich Eggs for Breakfast, a book that I remember reading when my class studied local history in elementary school. Sim also conducted presentations for elementary school classes on Fullerton’s history.

In 1972, one of the few Eastlake Victorian cottages was saved through a joint effort of the city of Fullerton and the North Orange County Board of Realtors. The house, now known as the Heritage House, was relocated out of the way of a street-widening project and onto a site at Cal State Fullerton that the City and the University were planning to jointly develop as an arboretum. The Board of Realtors then provided funds for the exterior restoration, while the Arboretum Society, Inc. solicited donations for interior work and eventually was successful in placing the building on the National Register. 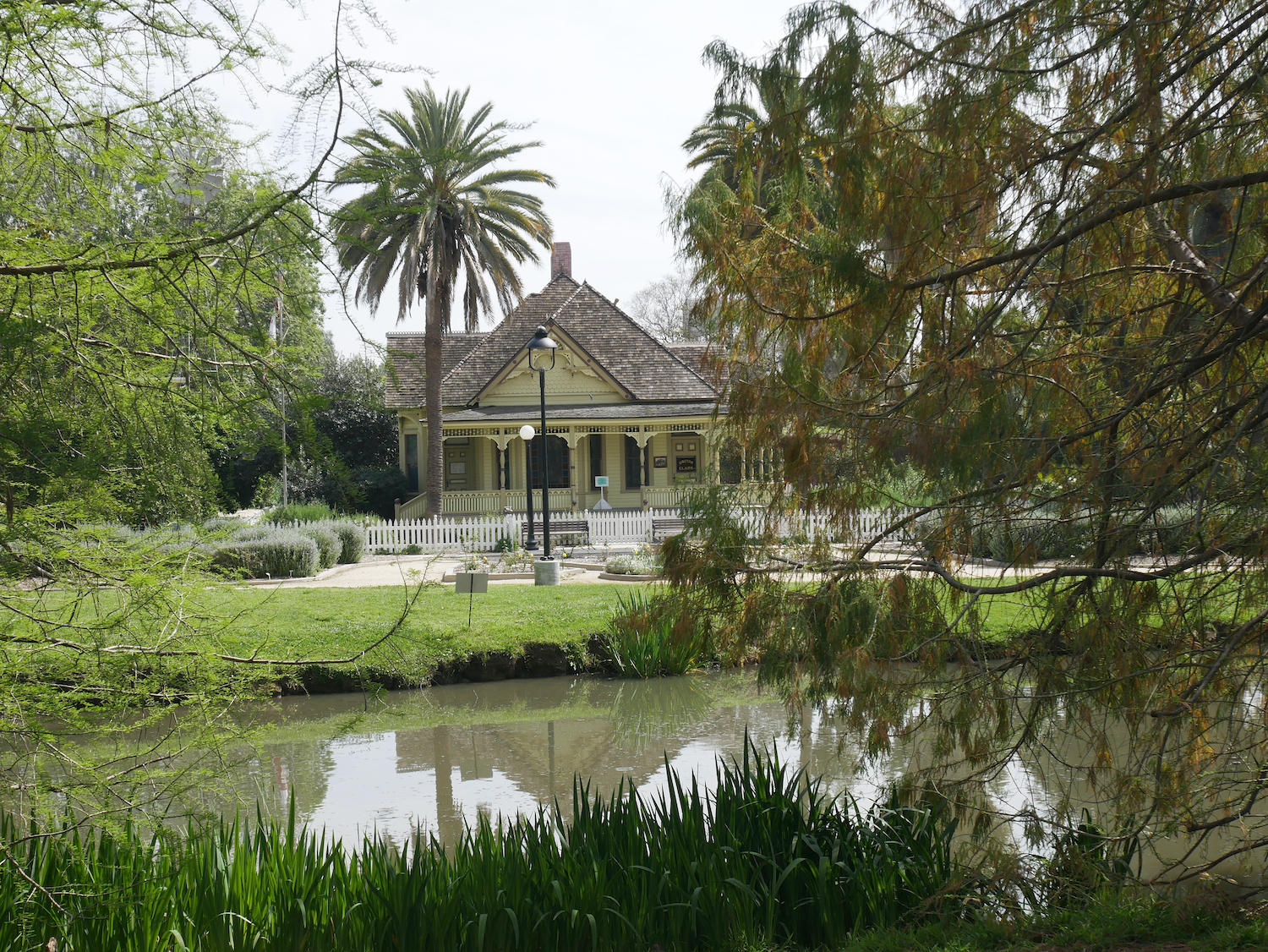 The Heritage House at the Fullerton Arboretum is one of the most well known local landmarks here in Fullerton and is one of the many city sites placed on the National Register of Historic Places.

According to the 1979 survey, another interesting battle for preservation of a historic building happened back in 1974. Enterprising college students wanted to open a specialty restaurant in an old building in the downtown area that the telephone company wanted to tear down for expansion. The students fought to preserve that building and won. The restaurant is still there, and the telephone company expanded in a different direction.

Over the years, the preservation movement has grown significantly. This is in large part due to a number of residents forming a non-profit organization called Fullerton Heritage with the goal to promote an awareness of the City’s past as well as to help protect and preserve historic buildings and districts. Fullerton Heritage is an all-volunteer organization that participates in a variety of activities, including coordinating the process to place noteworthy buildings on the National Register of Historic Places, serving on city of Fullerton boards, committees and commissions, and organizing efforts to establish Residential Preservation Zones, as well as providing educational outreach and tours to their members and the Fullerton community.

If you want to learn more about the development of the City over the years through the 1979 Historical Building Survey, please visit the Local History page on the Fullerton Public Library’s website to view a scanned digital copy of the actual survey HERE. According to Cheri Pape, Local History Archivist at the Fullerton Public Library, “More than just a list of historically significant properties, the nuts and bolts of the thing is a lot-by-lot survey of individual addresses. They can be searched by address on the website, which includes a write-up and photo taken in 1978.”

But, if you love learning about local history and want to find out whether a house in your neighborhood is considered a local landmark, it’s definitely worth checking out. 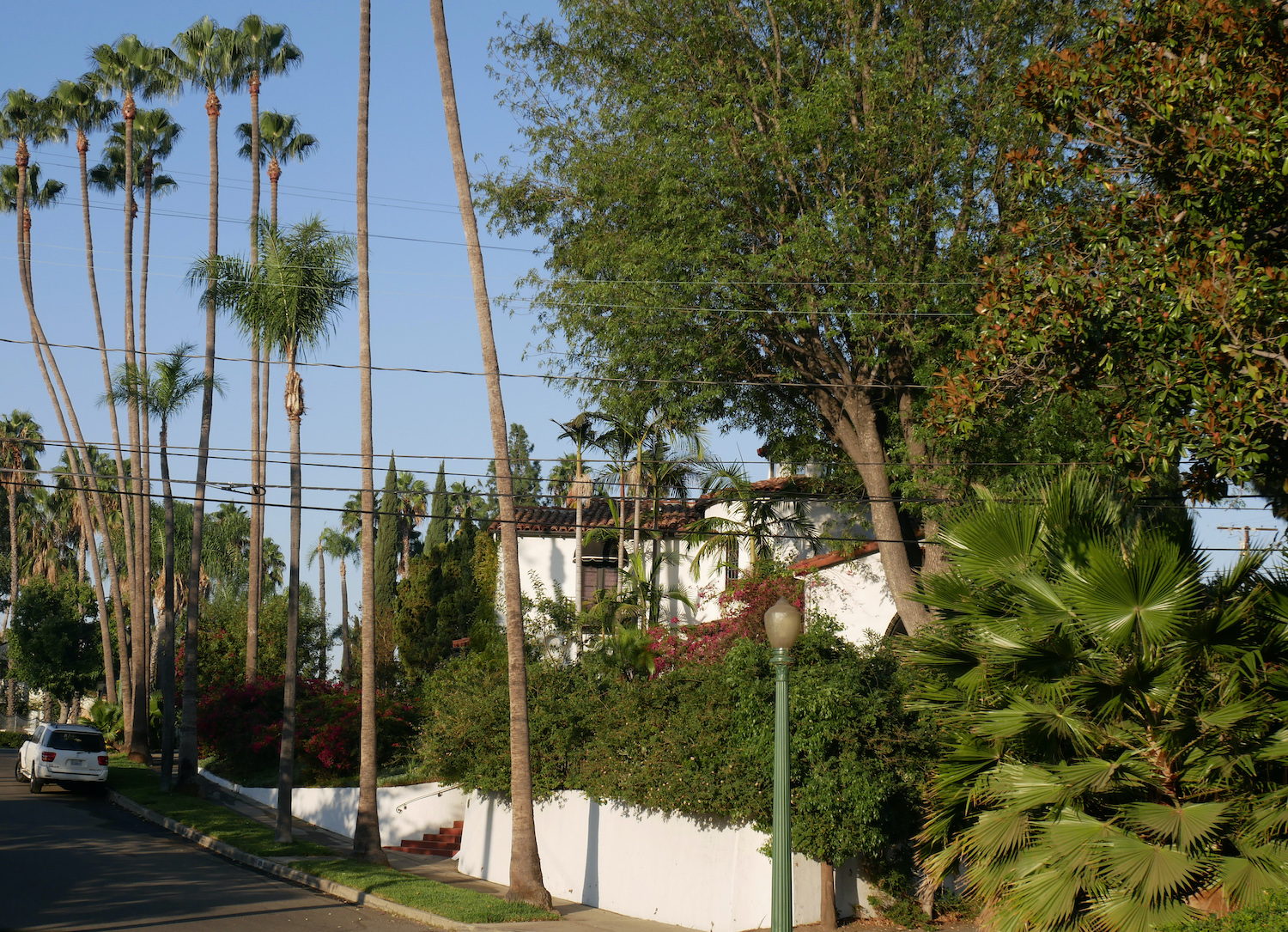 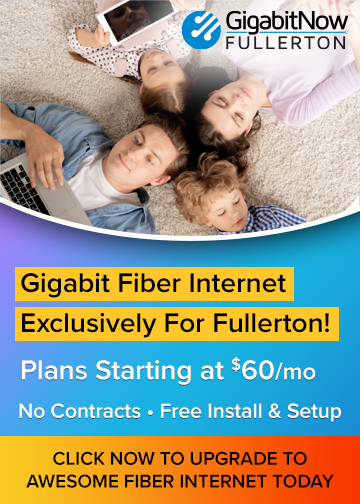