Back in October, I received an email from Drs. Dallas and Debra Stout, long-time Fullerton residents and faculty members at Cal State Fullerton, who are collaborating with CSUF’s Titan Radio to host a new, local one-hour talk radio show called “2Doc Talk.” The program features Fullerton human interest stories with a special focus on the non-profit community. They had invited me to talk about my previous column about the haunted FUHS Auditorium for their show that was scheduled to air on Halloween night. Although that show didn’t end up working out, I wanted to find out more about the Stouts and their new radio program. I recently had the pleasure of virtually interviewing the Stouts via Zoom to talk about “2Doc Talk” and how they go about recording a radio show during the COVID-19 pandemic. 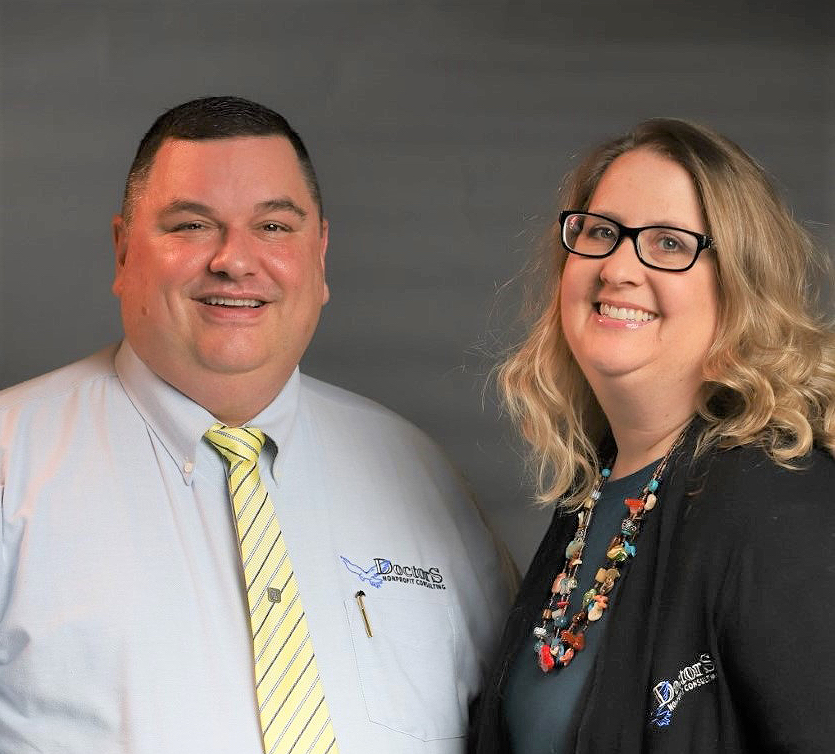 Dallas and Debra Stout met as students at CSUF about 28 years ago. “We were students in a service club and we became sweethearts and married about 26 ½ years ago and have continued to work together in the field of human services and psychology,” Dallas said. “We both went into the same doctorate program in psychology.”

Debra went on to say, “We are now both professors at California State University, Fullerton. I teach in the Department of Child and Adolescent Studies along with Dallas. I also teach in the Department of Counseling, and we’ve been there now for more than 12 years. I was raised in a little town in Idaho and moved out here when I was 12. We’ve actually lived in Fullerton for 26 ½ years.” Dallas added, “We moved out here when we got married. I was born in the hood in LA county, so we have a very multicultural marriage.”

When asked how they came up with the idea for this radio show, Dallas replied, “It kind of came to us. At Cal State Fullerton, we probably get more than ten emails a day about random stuff happening on campus. Toward the beginning of this semester, an email was sent out saying that Titan Radio was looking for people to do radio shows and both Debbie and I were like, ‘That would be interesting.’ We both thought, we’re so crazy busy with everything else going on, this is not something we would entertain. But me in particular, I’ve always kind of had this attitude that when good opportunities come along, you say yes and trust the process, trust that things will work out. So, we both kind of said, ‘Let’s do it.’ We wrote up a prospectus, turned it in, and we got picked.” Debra added, “Since we’ve lived in Fullerton for a while and we’ve worked at the state level, we decided to focus on the city level. We have our own little consulting firm, and part of that is that I’m actually executive director of the collaborative, so we have a lot of interest in the city of Fullerton and the wonderful resources we have around the City. We really appreciate that, and we want to highlight that, so that’s why we put this radio show together.”

They have never stopped serving in their community, county and state. Today, when they’re not teaching, they use their experience to assist a variety of non-profit programs in Orange County through DoctorS Nonprofit Consulting, which they cofounded back in 2004. “We used to do a lot of work at the county level and the state level,” Dallas said. “When our daughter was born 12 years ago, we kind of retreated to north Orange County originally and then to Fullerton to spend our energies toward the community we’re raising her in.” Together the Stouts provide a broad array of consultation services to non-profit and grassroots groups, coalitions, and agencies. They specialize in all aspects of research including program evaluation, as well as program design, funding searches, and grant writing.

“Then we reached out to our partners within the community to find out things that are going on in Fullerton and things we really wanted to address, also to highlight and share,” Debra said. “When we were being trained, they mentioned all different types of ways to do it. Zoom is the one both Dallas and I are the most familiar with our teaching on campus, so we went ahead and did that route. In addition, Adobe Audition is what they recommended and we were able to be trained on that. Sometimes we’re plugging it in with that modality or Zoom depending on the actual editing and putting the show together.”

Together, the Stouts use Zoom to record their show because Zoom allows them the option of capturing the audio. They then take that audio and do some editing with software provided by Titan Radio. Then they upload it into the Titan Radio system, and the station takes it from there. “For the show, we usually try to write an intro piece about the organization we’re talking about, as well as an introduction to the person or people we’re speaking to in the video, and then we just jump into questions,” Dallas said. “I usually lead off with that, and Debbie has a part in welcoming them, as well. We try to write most of the questions in advance and provide them to the person or people we are interviewing so they have an idea what we’re going after, but we also want to be natural and fluid about the process, so other questions come up naturally and we do those, as well. The first couple of shows we did separate interviews and spliced them all together. We’ve learned that it’s easier to do a group interview because the less editing we have to do, the less time commitment for us. So now, we’re trying to get everybody on at the same time and just do a group interview. It’s a little livelier that way.”

“2Doc Talk” airs at 8pm on Saturday nights at www.titanradio.org/live. They have five episodes out so far. All of their previous shows have been posted at https://www.mixcloud.com/2DocTalk/ . “We hope that it’s inspiring,” Dallas said. “There’s so much negativity right now in the world, and you turn on the news and everything’s bad and wrong. If you want to hear what’s right about Fullerton, what’s going well in Fullerton, and the stories about these hidden gems, our radio show is the place to be.”

To watch my full interview with Drs. Dallas and Debra Stout, please visit www.fullertonobserver.com and click on the tab labeled “Local.” Underneath that tab, click on “Emerson Little YouTube Channel,” which will take you directly to my page.