Ron Howard won fame as a child star in “Happy Days” and grew up to be one of Hollywood’s most successful filmmakers, both for feature films, winning an Academy Award for “A Beautiful Mind” and for “Frost/Nixon,” and for documentaries about performers as different as the Beatles and Pavarotti. Knowing little about Paradise, other than the fact that his mother-in-law had once lived there, Howard became riveted by the story of the devastating fire that destroyed this 141-year-old town  located in Butte County, California. 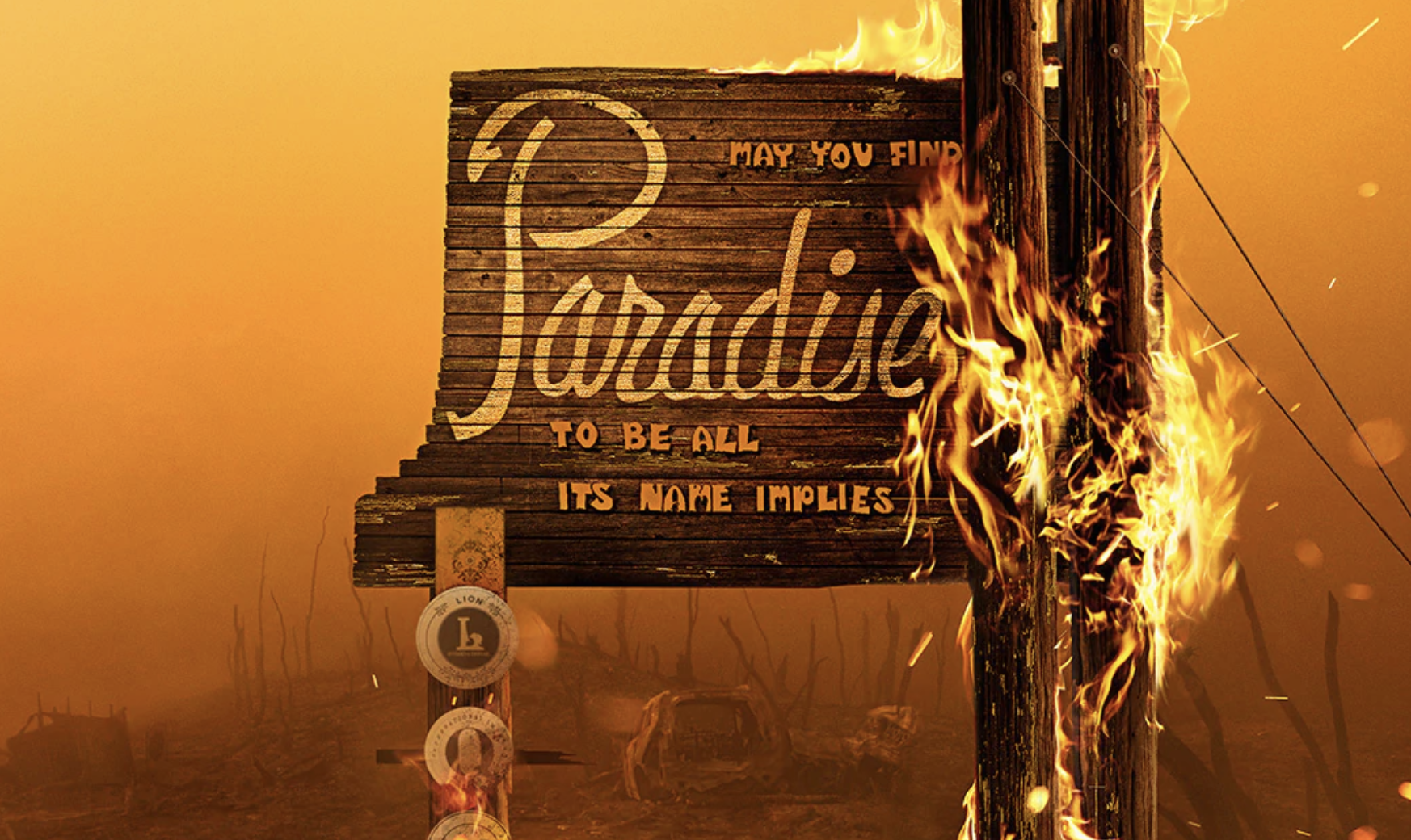 At 11am on November 8, 2018, residents of Paradise noticed smoke and then flames shooting up on the edge of the forest that surrounded their town. The hot, dry winds that we often get in California fanned the flames as they headed toward the town. Local police began warning families to evacuate quickly, and soon the road out of town became a serpentine of cars moving slowly as the fire’s smoke engulfed them, making it difficult to breathe.

Director Howard and his cinematographer Lincoln Else were able to recreate this mass exodus by using mobile phone images and dashcam footage that impart to us the terror followed by the sudden relief the evacuees experienced as they escaped the black cloud of smoke and emerged into blue skies and bright sunlight. Although the entire population of 50,000  people was displaced and 150,00 acres were destroyed, Howard focuses on the ways in which the displaced citizens of Paradise coped with their loss.  Some decided to move away permanently; others wanted to stay and rebuild their homes and their community.

In covering both the evacuation and the rebuilding, Howard focuses on the heroic efforts of a few individuals who saved lives on that fateful day and then helped to rebuild the town. Police officer Matt Gates worked tirelessly to help the evacuating families.  We follow him in these efforts and we witness the toll it takes on his marriage and his own family’s lives. Another citizen who worked tirelessly on the rebuilding process is School Superintendent Michelle John. Eight of her nine schools were destroyed, yet she found ways to keep her students learning and to manage a beautifully executed high school graduation ceremony seven months later.

Howard also examines the causes of the fire.  The major and most direct cause seems to have been the PG&E wires that bent in the high winds and emitted sparks.  Pacific Gas and Electric eventually pleaded guilty, yet their compensatory efforts often threw roadblocks into the efforts of the residents, requiring individuals to remove and clean up all the debris and destruction in their yards before they could get help with the rebuilding. For widows living on Social Security checks, this was hardly a possibility.

But the film also explores the universal cause of the increasing number of wildfires, which lies in global warming accompanied by decreased precipitation in some regions of the world. There is also a public aversion to controlled fires, but forestry experts demonstrate the need and the method for burning the underbrush and smaller trees to avert the rapid spread of wildfires.

Howard exhibited this film at the Sundance Film Festival last January and his plans were to distribute the documentary in theaters soon after. However, with COVID-19 and the closure of theaters a month later, he took it to drive-in theaters where it consistently sold out. Eventually, the film went to Video on Demand, but now it can be seen on Hulu+Live and on the National Geographic Channel.