For the past couple years, the city of Fullerton has been legally unable to enforce its “anti-camping” ordinance (ticketing people for sleeping outside) due to the court case Martin v. Boise and the federal lawsuit Orange County Catholic Worker v. County of Orange, et al which require cities to, at a minimum, provide shelter beds for 60% of their homeless population before they can enforce “anti-camping” ordinances. Basically, according to the law, cities can’t criminalize poverty.

These legal requirements have prompted cities in north Orange County—most recently Placentia, Buena Park, and Fullerton—to open “navigation centers” that are homeless shelters with wraparound social services, with the ultimate goal to get people the help they need and get them into permanent housing.

This year, during the COVID-19 pandemic, the city of Fullerton, in partnership with Illumination Foundation, a non-profit homeless services provider, opened its first navigation/recuperative care center in a former industrial building near the Fullerton Airport. 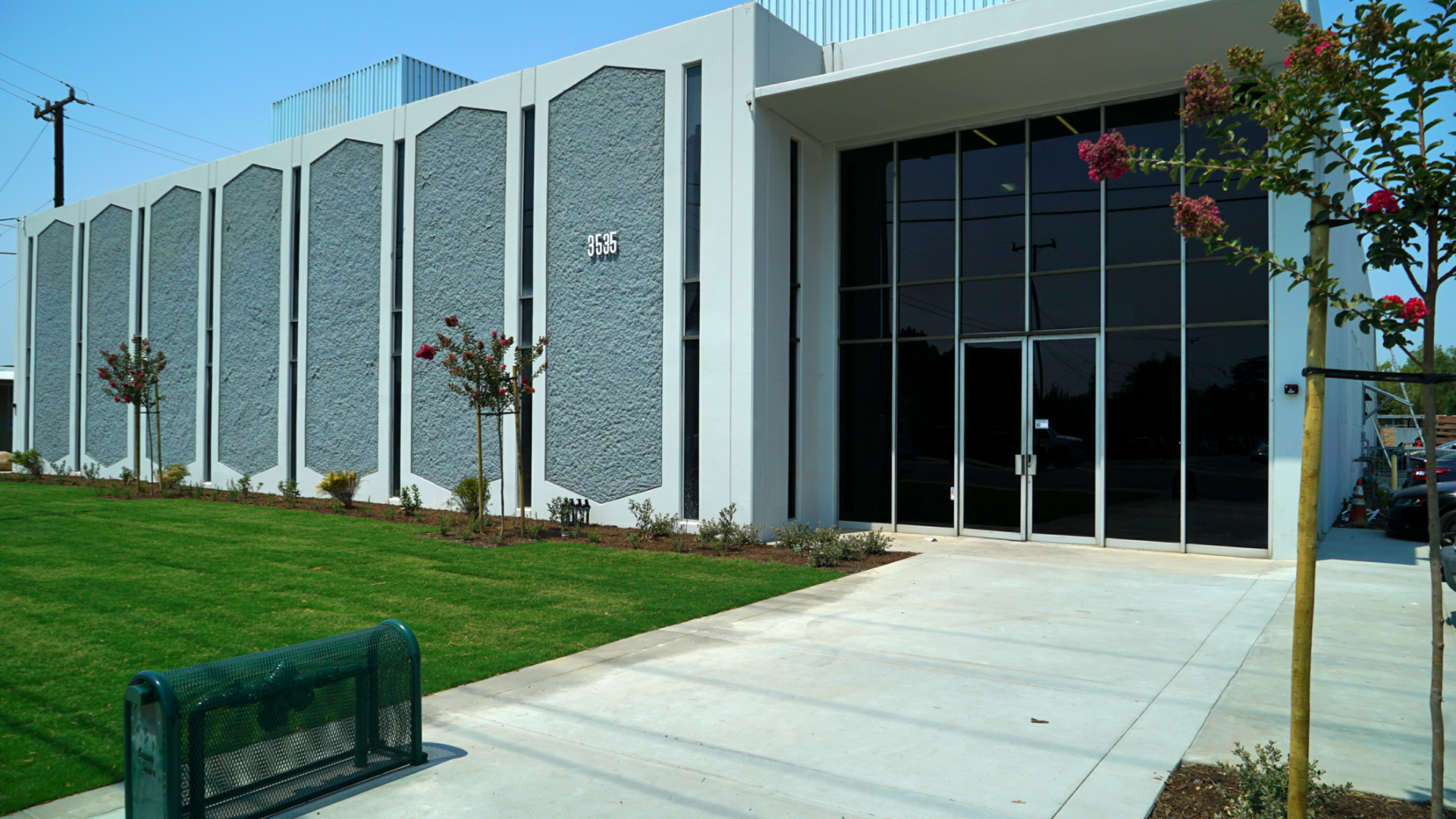 The Navigation Center is located at 3535 W. Commonwealth Ave. 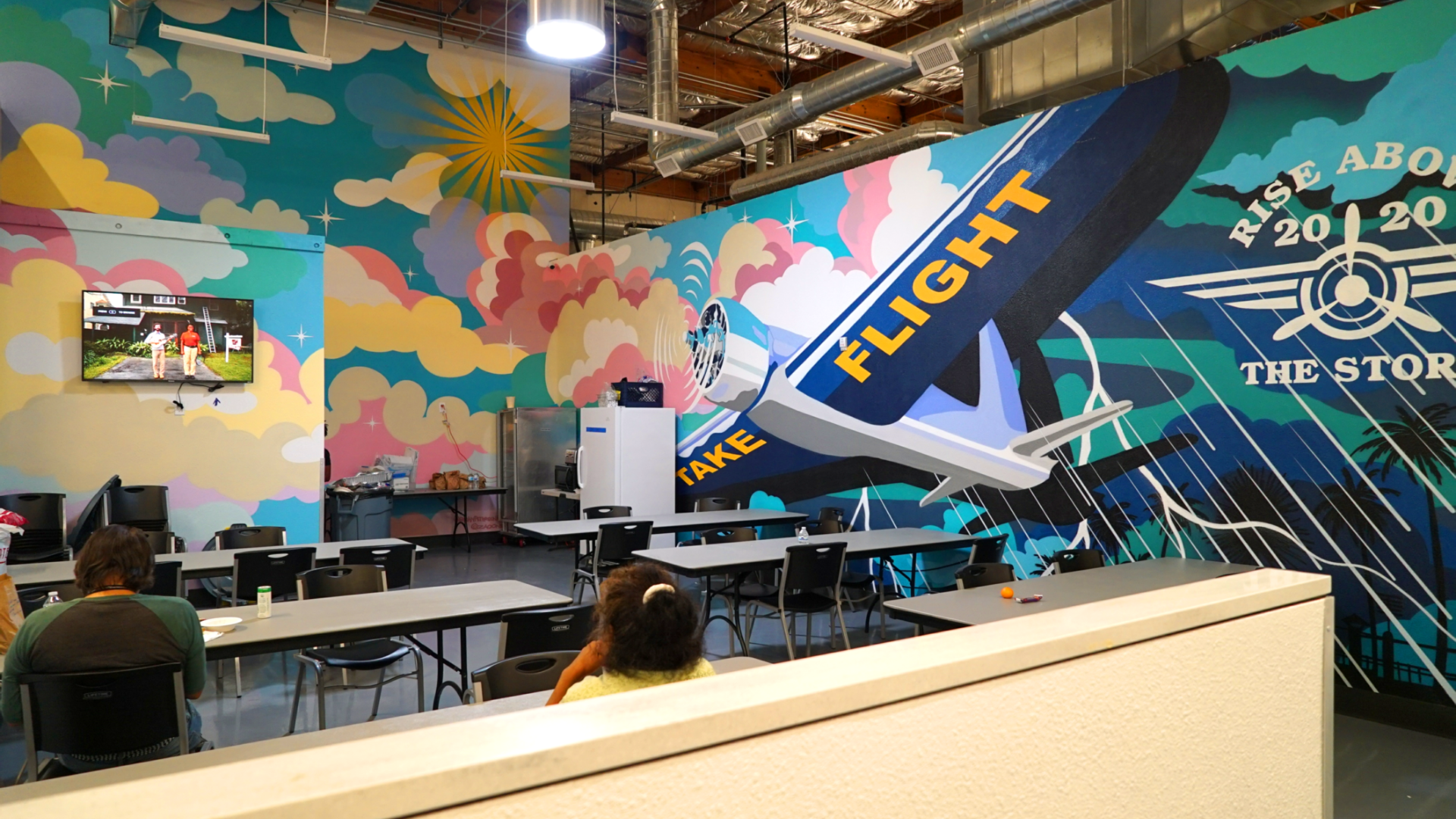 The dining room mural was created by Brian Peterson of Faces of Santa Ana.

In October, Fullerton officials, in partnership with federal Judge David O. Carter, who has taken a very hands-on approach to making sure that cities comply with the requirements of the law, attorney Brooke Weitzman, who brought the lawsuit on behalf of homeless individuals in Orange County, Cal Trans, CityNet, Fullerton’s contracted homeless outreach organization, the Fullerton Police Department, and several non-profits, began conducting the “enhanced” outreach that is necessary for the City to, perhaps, begin enforcing its anti-camping ordinance again. 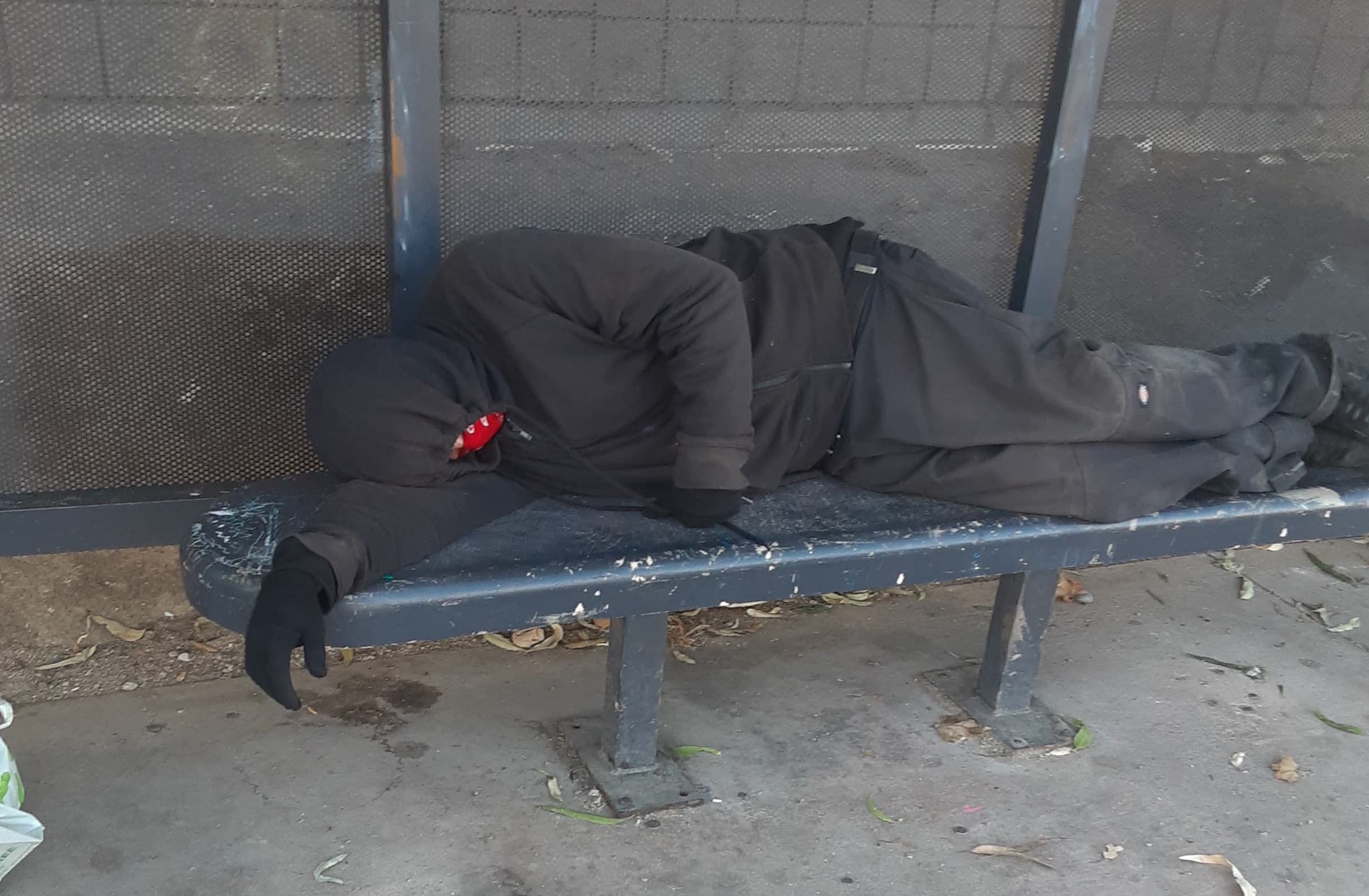 According to Fullerton’s Deputy City Manager Antonia Graham, during this recent outreach over 125 homeless residents were placed into local shelters or reunited with family members.

“Based on the outreach we are now allowed to enforce City’s regulations,” Graham said.

While this may be technically true, City Manager Ken Domer said, “‘Enforcement in our minds is not arresting someone. We (the City and FPD) understand that that is not productive and in today’s environment does absolutely nothing except tie up an officer or two for more than three hours to conduct paperwork so that someone is then re-released back to the streets to start the cycle all over again. The reason we have gone through the last 4-6 weeks of intense engagement and outreach is to get people off the streets and into a shelter. So, it is less a matter of ‘enforcement’ and more an ability to have leverage to motivate someone to get off the street.”

According to Fullerton’s Deputy Director of Community and Economic Development Kellee Fritzal, during the recent outreach there were no arrests or citations given.

“We had our Homeless Police Liaison Officers just offering services and being back-up if there were any concerns,” Fritzal said. “The goal was to have ‘civilians’ up front offering services…We have not issued any tickets or citations. That is a last resort, if needed. There is space at our shelters…we will continue outreach and offering services.” 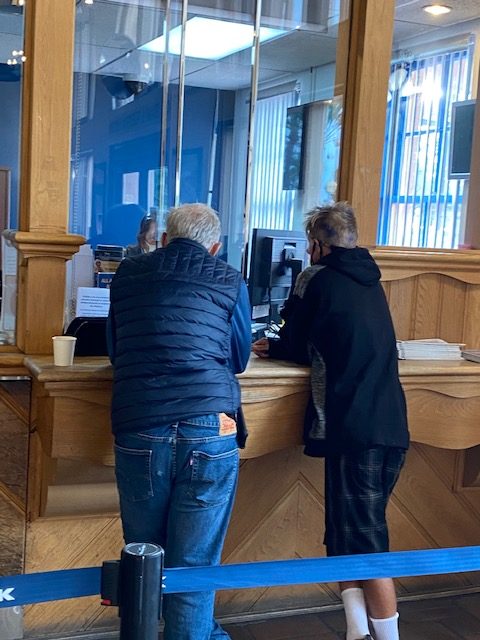 Judge Carter buys a homeless man in Fullerton a train ticket to re-unite with his family in Maine.

“It is our hope that our homeless neighbors will take us up on offers of shelter or other available programs,” Fullerton Police Chief Bob Dunn said. “So, we will first ask if they are willing to go to shelter or receive related services. If they refuse, enforcement is a possibility.”

According to Dunn, interaction between police and the homeless is prompted by one of three things:

1. A call for service. Residents, business owners, and visitors will call to report if our homeless neighbors are engaging in what they believe to be illegal behavior. According to police department data, of the over 42,000 calls for service in 2020, over 5,000 were specifically homeless-related.

3. Mental Health Outreach. The FPD has a long-standing partnership with the Orange County Health Care Agency and has a Mental Health Clinician assigned to the Department. Often, FPD will accompany him/her as they lend outreach to those in need of mental health services.

According to attorney Brooke Weitzman, people experiencing homelessness in Fullerton have rights and due process under the law, as well as from the settlement agreement from the lawsuit. The FPD cannot write a person a citation or force them to move without first ensuring that the Orange County Behavioral Health Services has engaged with that person.

Then, if the Health Services has engaged with that person, the question becomes, Is there an appropriate bed for that person?

If the person has a severe and persistent mental health condition and they are waiting for the County mental health program to get them a bed, FPD cannot do any enforcement against that person, according to Weitzman.

Also, during COVID-19, many homeless seniors are not going to go into congregate shelters because it’s dangerous for them to live in a building with 100 other people during a pandemic.

“They (the FPD) would have to call the County, or the judge, or us in order to make a plan to get them into that appropriate level of care,” Weitzman said. “That makes sense because forcing that person into a congregate setting would be bad for them and other people.”

Additionally, if that person says they need a “low-barrier” shelter where they can leave during the day, then the police might be able to get them qualified to go into Placentia shelter or the Salvation Army shelter in Anaheim. But if there’s not one of those low-barrier beds available, they would have to let that person stay where they are until one becomes available.

Because of COVID-19, some local shelters (including Fullerton’s) have become “high-barrier” shelters, restricting daytime movement of residents.

After all these requirements have been met and an officer writes a homeless person a ticket, there is a “dispute resolution process” in which Judge Carter can decide whether the bed being offered is appropriate or not.

“Plus, there’s an abundance of evidence as to why ‘enforcement’ is not productive,” Weitzman said. “The CDC has advised not to do it, especially during COVID-19.”

As the City prioritizes outreach over enforcement, Domer points out that, while the City has partnered with adjacent cities to build shelters and establish a safe parking program, “Fullerton has no direct funding source for homeless prevention or response.”

“We face serious fiscal issues and with the failure of the sales tax measure we have no available funding for homeless measures,” Domer said. “Neither our City, nor any city in Orange County, has funding for mental health and substance abuse help. This is clearly the purview of the County and State and both need to step up and provide facilities.”

Roussan Joshua Collins, with the group Homeless Advocates for Christ, helped transport homeless people to local shelters during the recent outreach. He said that based on conversations he has had with local homeless people, there is sometimes a discrepancy between how Fullerton police officers behave in front of Judge Carter and Attorney Weitzman, and when they are interacting with the homeless alone. 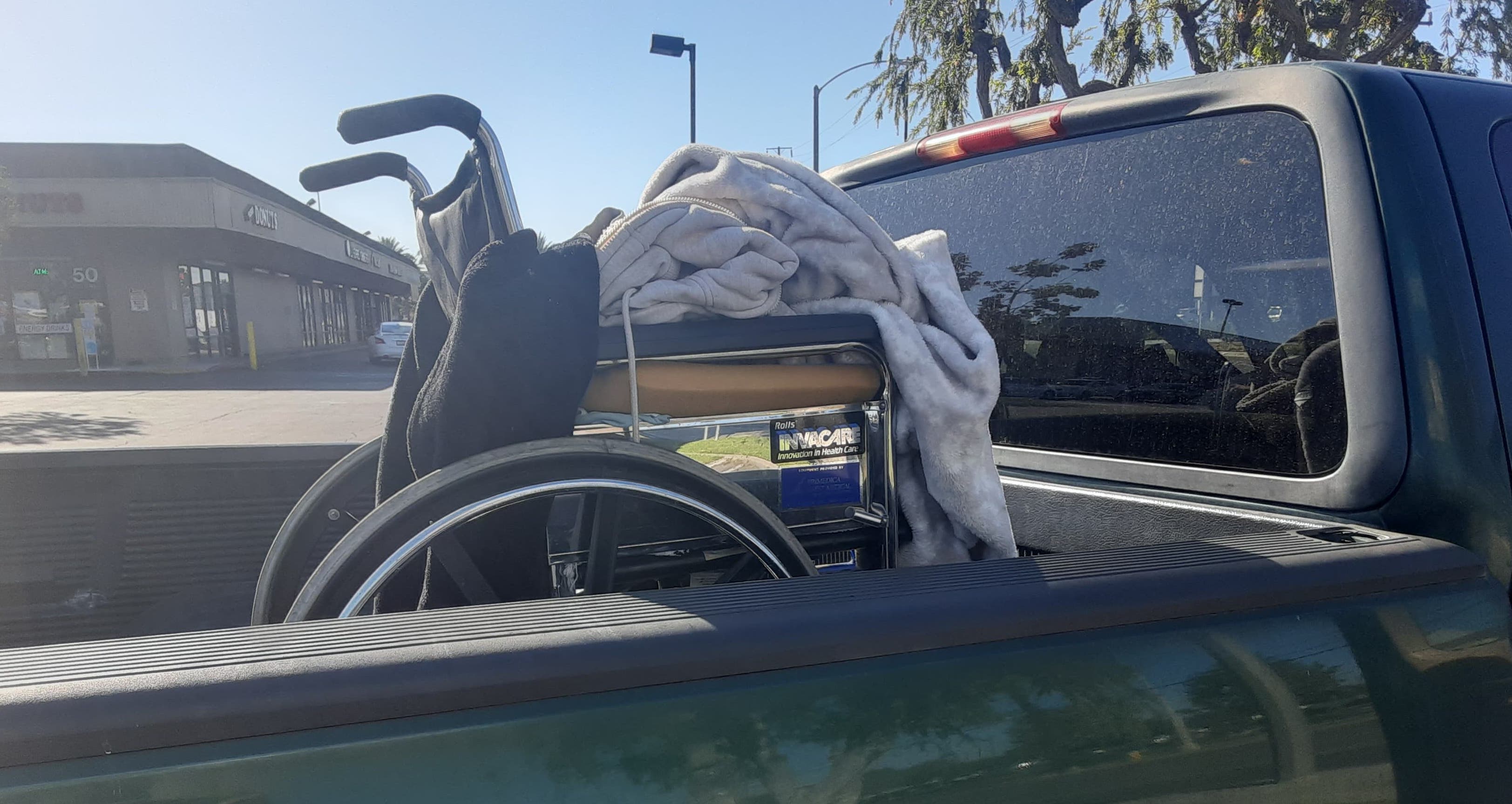 “Before our eyes, the police can be different than when we’re not there,” Roussan said. He shared a video with the Observer of three homeless people in Fullerton describing harassment at the hands of a FPD officer.

Collins added that, for some local homeless, the restrictions imposed by shelters make them inaccessible to some people.

“It would be great if there were walk-up shelters so the homeless don’t have to go through this cumbersome process where they call CityNet,” Collins said. “Supposedly, they get back to you within three days but many homeless people don’t even have a phone. So how are they going to get back to the homeless person to allow them to get in?”

One reason for such restrictions on shelters is concessions to neighboring residents and businesses who don’t want the “blight” of a shelter next to their property, or long lines of homeless people waiting to get in. Fullerton’s navigation center is by referral only. No walk-ups.

“There’s all this pushback from different parts of the community that just don’t want [the shelters] anywhere, and that makes it harder to create that for people,” Collins said. “And ultimately, shelter is not the answer. People need to get moved from the shelter into somewhere they have more privacy and security—like permanent supportive housing. But that’s not built.”

About a year ago, Fullerton almost approved a large permanent supportive housing development at 1600 W. Commonwealth, but there was such pushback from the neighbors that the group that was going to build it, Pathways of Hope, ultimately pulled out.

Executive Director of Pathways of Hope David Gillanders said,  “As winter approaches, we are always concerned about our unhoused neighbors and community members living outside and not having a safe place to be at night. Also, we’re concerned how they are or are not being put on a path to permanent, homelessness-ending housing.”