Fullerton Police officers arrested a suspect on Sunday, December 27 whom they believe was responsible for a brush fire at 1440 N. Harbor Blvd. Around 2pm, Fullerton Police Officers responded to the area in response to a report of a brush fire. Callers had reported seeing a male running from the location of the fire and jumping a fence into the area of 1700 Sunny Knoll. 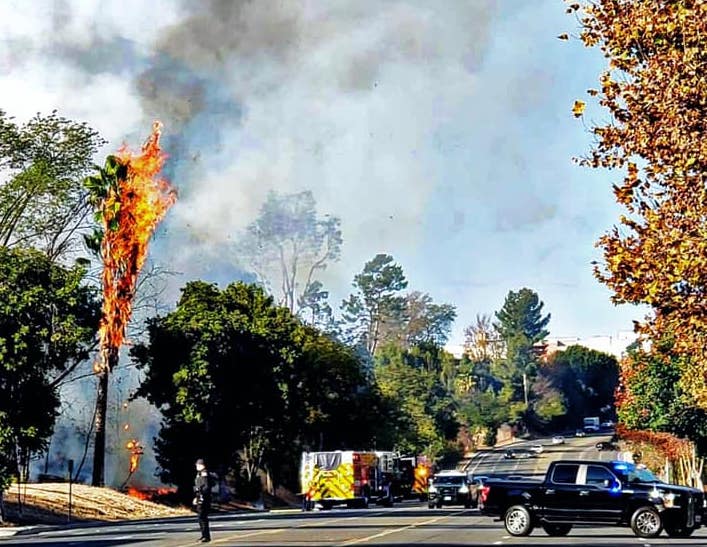 Fullerton police and fire on the scene of the Dec. 27 brush fire. Photo courtesy of Fullerton Police Department.

Upon arrival, Officers searched the area and located a male lying in a bush near the fence line of a residence. Officers detained the male who was later identified as 41-year-old Jose Lozano-Martinez who was found to be in possession of multiple lighters. A witness positively identified Lozano-Martinez as the subject seen running from the area of the fire. He was subsequently arrested for arson.

The Fullerton Fire Department extinguished the fire, which affected approximately 150 square feet of light vegetation. Fortunately, there was no damage to structures nor were there injuries as a result of the fire. An arson investigator responded to the scene to conduct an investigation. 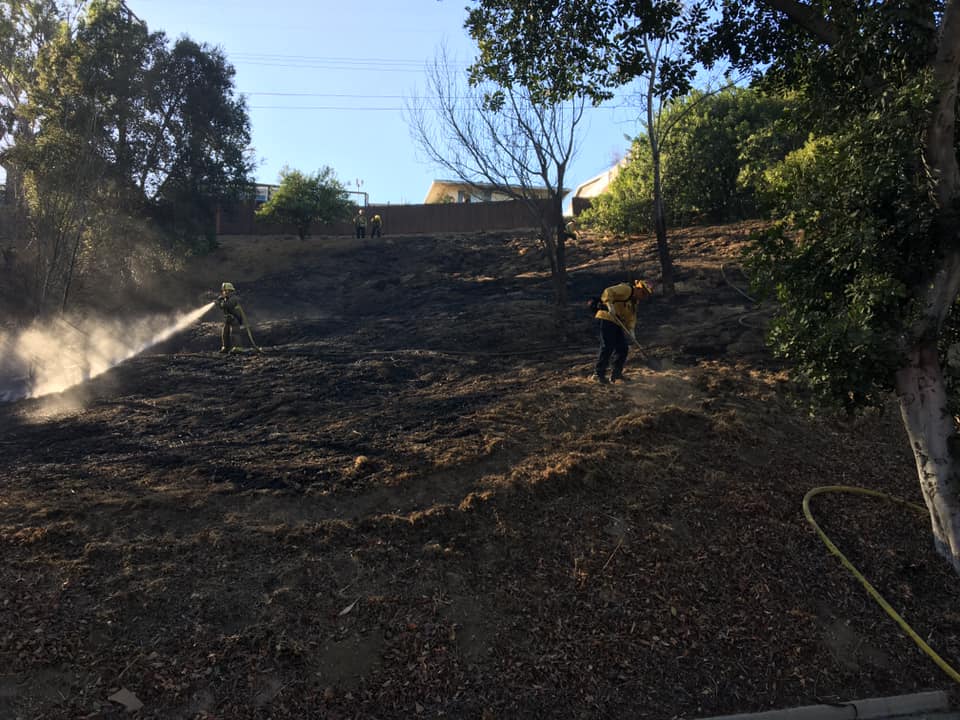 This is an ongoing investigation. Anyone with information is encouraged to contact Detective C. Murphy at (714) 738-6880. Those wishing to provide information anonymously can call the Orange County Crime Stoppers at 1(855) TIP-OCCS or can visit their website at www.occrimestoppers.org.