It’s hard not to miss the sounds of airplanes flying overhead in Fullerton on their way to the airport. In “Wings Over Fullerton,” a historical pamphlet by Sylvia Mudrick, the Fullerton Municipal Airport is called the “oldest and largest general aviation airfield still in its original location in Orange County.” Since Airport Day took place in May during pre-pandemic times, I decided to take a look back at the Fullerton Municipal Airport’s history. 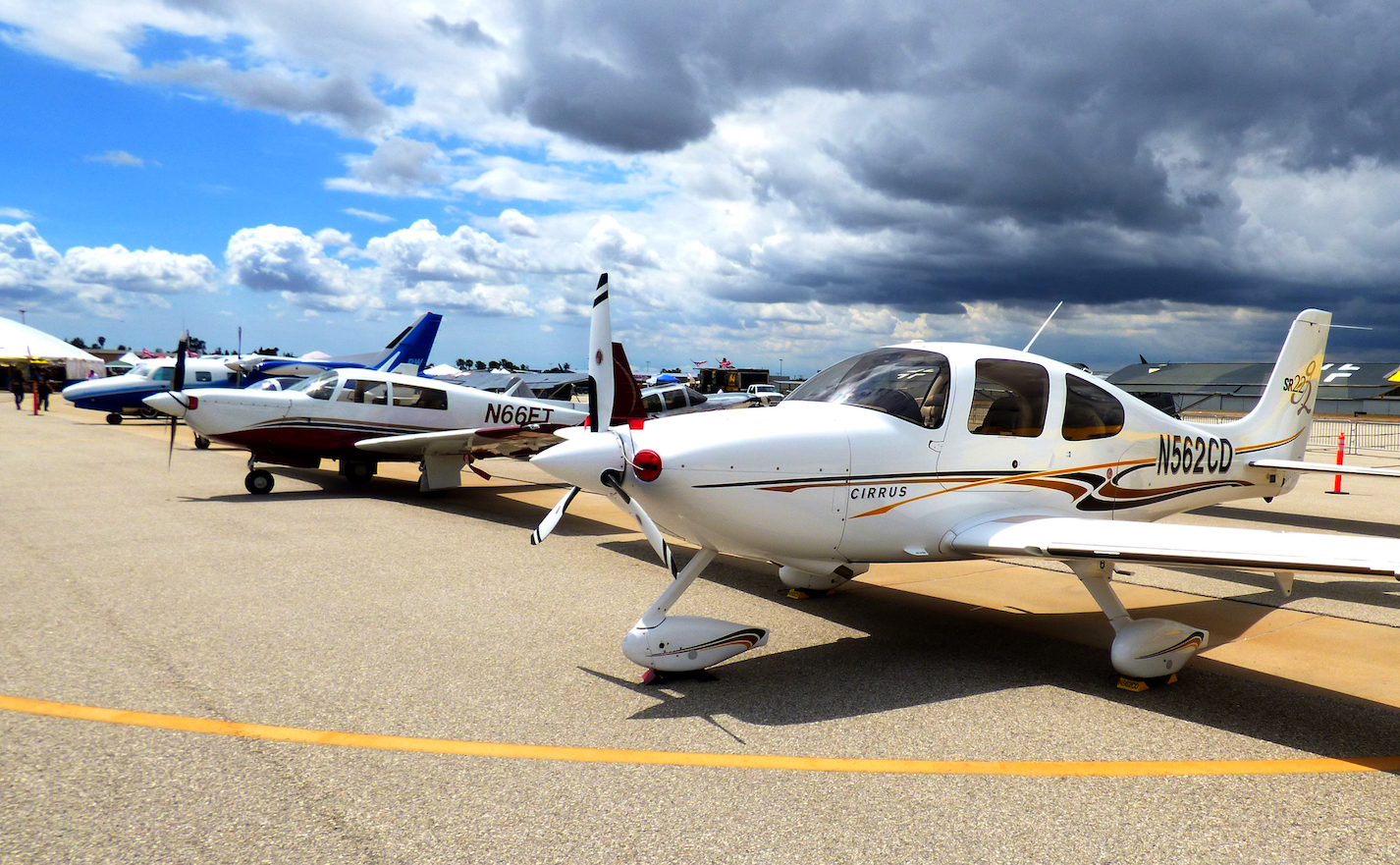 Small planes lined up at the Fullerton airport.

The airport’s origins can be traced back to as early as 1913. According to Fullerton: A Pictorial History by Bob Ziebell, “barnstormers and crop-dusters used the site as a landing strip, but it was not until the mid-1920s that steps were taken toward establishment of a permanent facility.” It took imagination to see a future for the 53-acre plot of land that would become Fullerton Municipal Airport. The land, once used for raising pigs as a pig ranch, had been the City’s sewer farm for many years. However, Placentia citrus ranchers and pioneer aviators William and Robert Dowling looked beyond the rutted surface of the West Commonwealth Avenue site and saw its possibilities as an airfield. One day in the summer of 1926, William Dowling drove past the by then-abandoned city sewer farm and decided it would be ideal for a landing field.

According to the Fullerton Municipal Airport Master Plan Update that I was able to access through the city of Fullerton website, “the Dowling brothers enlisted the aid of H. A. Krause and the Fullerton Chamber of Commerce in approaching the City Council for permission to turn the farm into a landing field, and in January, 1927, the Council signed Ordinance 514, leasing the land to the Chamber for five years, at a fee of $1 per year.” The Chamber, in turn, subleased operations to William Dowling and a friend, Willard Morris of Yorba Linda. Together, they cleared the surface of the land to create the first formal landing strip. And on February 24, 1927, William Dowling piloted a Curtis JN-4D Primary Military Training biplane, also known as a “Jenny,” from Brea Airfield to make the first official landing at Fullerton Airport. “By July, the airport’s location was listed on aviation maps,” Mudrick wrote in “Wings Over Fullerton,” reporting that the facility was officially dedicated on April 21, 1928, and the first airshow was held there two days later.

The 1930s ushered in a decade of “firsts” for the airfield. It was a period that saw airmail service launched, the first industrial lease issued, the first night flights and the introduction of a Civilian Pilot Training Program. In 1931, Postmaster John B. Horner marked the occasion of the launching of the first airmail service by hand-canceling letters. In 1934, the first industrial lease was issued to a manufacturer of metal dirigibles. In July 1938, the first night flights were recorded.

In January 1941, the city of Fullerton, at the urging of the Chamber, took control of the airport because the Chamber of Commerce’s 14-year stewardship of the airport had ended. With the United States’ entry into World War II, all civilian flying was stopped within 150 miles of the coastline and the airport was closed to civilians. However, planes soon began flying over Fullerton again. Both the U.S. Army Air Corps and the Navy needed auxiliary fields for their new bases at Los Alamitos and Santa Ana and used the Fullerton Airport for training. “When the war ended, the field was returned to the City, along with a new 1,700-foot paved runway,” according to “Wings Over Fullerton.” 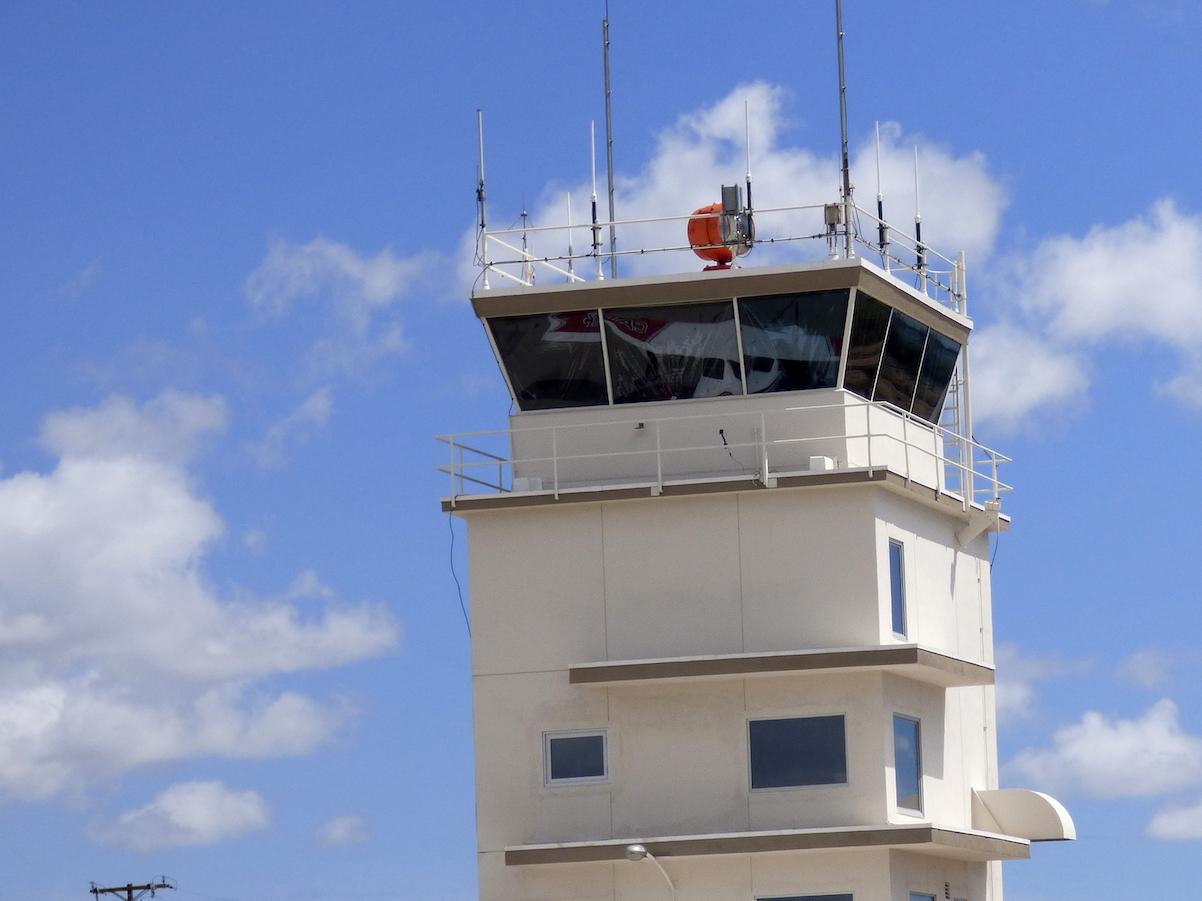 It was at that time when brothers William and Richard Jewett took an interest in the field and established Fullerton Air Service, which, along with Hebert Air Service, handled the 25 planes based there. By 1948, however, the airport, equipped with such modern features as landing lights among other improvements, was home to more than 200 Fullerton-based planes (as compared to the 96 at John Wayne Airport). It was ranked the fourth largest airport in the state of California. In 1959, the FAA granted the City $300,000 for field improvements, which included the addition of a control tower to the existing administrative building that had been built in 1948 at a cost of $120,000. Fullerton’s FAA tower was the first in the county.

In 1960, the city of Fullerton made use of $101,000, from both FAA and City funds, and accomplished a number of much-needed projects, including extending the runway to its current length of 3,121 feet, building new taxiways on the north side of the field, and extending existing taxiways. Today, the Fullerton Municipal Airport encompasses 86 acres and continues to meet the present and future transportation needs of Fullerton and all of Orange County.

I remember visiting the Fullerton Airport when I was little and eating at the restaurant that was there back in the early 2000s. There were plenty of windows for people to watch the airplanes taking off or touching down on the runways, or just look, as a spectator, at the parked planes. In 2015, the Wings Café opened inside the Fullerton Airport Lobby and pilots who worked at the airport were excited since the place had been empty for such a long time. There was a light-up runway on the floor that ran through the middle of the restaurant, and the doors, ceilings, and tabletops were decked out in metal to fit the restaurant’s aviation theme. Wings Café is now open for limited service. 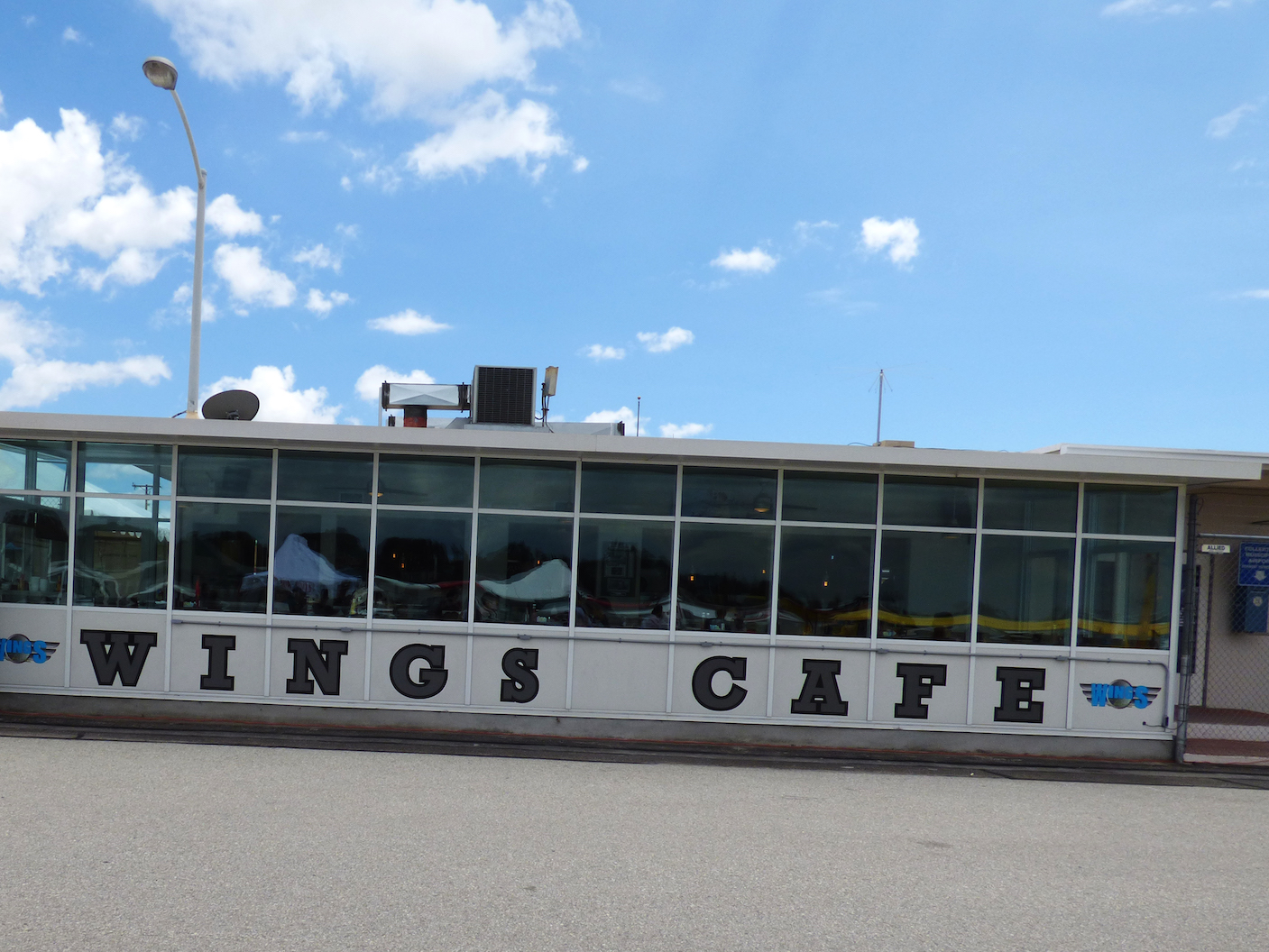 Wings Cafe at the Fullerton airport.

Airport Day started back in 2013 as part of the city of Fullerton’s Transportation Day events. Before the pandemic hit, it was an annual event where the Fullerton Municipal Airport would open its doors to the public, allowing the community to tour the airport and see displays of vintage and modern aircraft, rescue helicopters, classic automobiles, aviation-related exhibits, and aircraft fly-bys. During the event, there were also tours of the FAA flight control tower that had to be reserved in advance. Airport Day has been covered by The Observer numerous times over the years and was an all-ages free event that attracted people from all over Southern California. Hopefully, Airport Day will continue on in post-pandemic times.

To view my video about the Fullerton Airport, go to my YouTube channel HERE.