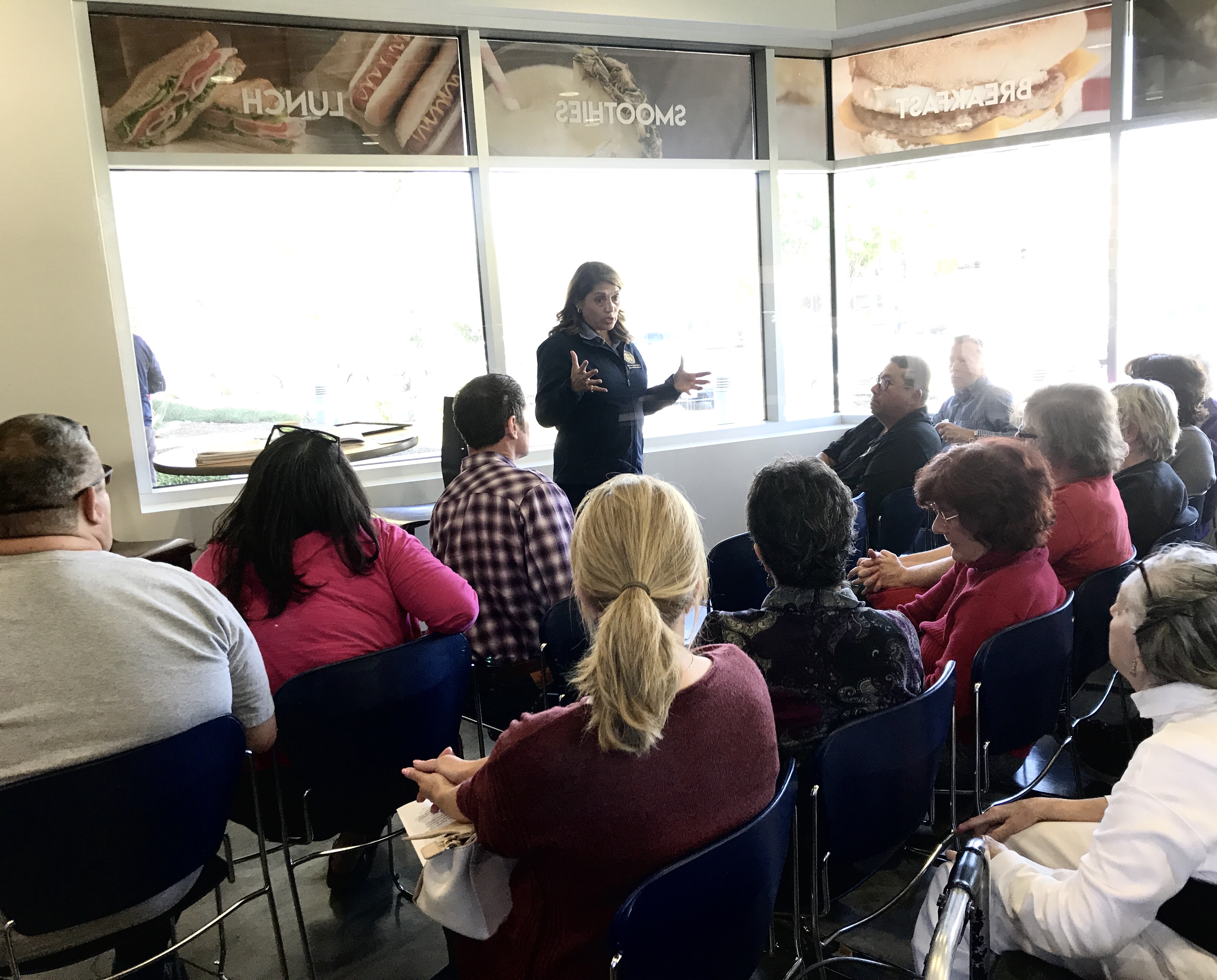 About fifty people packed into the Library Café in the Fullerton Public Library for Assemblymember Sharon Quirk-Silva’s Community Coffee on Saturday February 23. Quirk-Silva discussed her committee appointments, the legislative process, and her housing priorities. She also recognized the new operators of the Library Café.

The Speaker of the State Assembly, Anthony Rendon, has assigned Quirk-Silva to five Standing Committees responsible for accountability, communications, governmental organization, housing, and rules. She described some of the issues discussed in her committees. Most notable was the Committee on Accountability and Administrative Review which in the past has looked at issues such as hidden money found in the State Park system and late unemployment checks and more recently the myriad problems at the Department of Motor Vehicles.

February 22 was the last day for each Assemblymember to introduce legislation. Quirk-Silva said the legislative process is “lengthy,” starting in March and ending in September. After a bill is assigned a number, it goes through Assembly committees, is voted on by Assembly, passed to Senate, goes through Senate committees, is voted on by Senate and possibly returns to Assembly with amendments and a potential Conference hearing, and then sent to the governor. A diagram of the process is available from the Clerk of the Assembly.

Quirk-Silva said Assembly Members can submit as many as 50 bills each year, but it is difficult for staff to manage that many. So most submit 20 expecting 10 to pass. She works on building relationships with other members to gain support for her legislation with the understanding that constituents in different districts have different needs; she is prioritizing housing for her district, while colleagues in the Inland Empire are focusing on job creation. When a bill is not passed out of a committee or is passed to the floor and then voted down, it is “dead” for the year, but it can be re-introduced the next year.

Quirk-Silva’s staff handed out her 2019 Housing Package that she said supports affordable housing, housing for homeless people, and housing for millennials. It includes 7 bills.

Assembly Bill (AB) 113 was introduced by Assemblymember Phil Ting of San Francisco as a placeholder for legislation to expand eligibility of the Property Tax Postponement program by changing the income qualification. PTP currently allows disabled or blind people who are over 62  with an annual income less than $35,500 and other qualifications to defer payment of their property tax at an interest rate of 7% until the property is sold, the owner dies, or other circumstances.

AB 139, Emergency and Transitional Housing Act of 2019, was introduced by Quirk-Silva. It would require a city’s or county’s Housing Element to “include the number of emergency shelter beds currently available” and identify public and private entities “that have legal and managerial capacity to acquire and manage emergency shelters and transitional housing,” for the Department of Housing and Community Development’s assessment of Housing Elements “to include an analysis of any special housing needs,” for local governments to “review the effectiveness” of their Housing Element, and for regional housing assessments to include housing needs of people experiencing homelessness.

AB 143 was introduced by Quirk-Silva to amend existing law to expand the jurisdictions that may declare a “shelter crisis” to include Orange County and any city in Orange County. The law states, “During the shelter crisis, the local and state law requirements for homeless shelters to be consistent with the local land use plans, including the general plan, shall be suspended” until January 1, 2022. Currently, this law only pertains to San Francisco and San Diego Counties and the cities of Berkeley, Emeryville, Los Angeles, Oakland, San Diego, and San Francisco.

AB 146 is another Orange County specific bill introduced by Quirk-Silva. It amends law created by AB 448 that Quirk-Silva carried in the previous legislative session to allow Orange County and cities in Orange County “to create and operate a joint powers agency (JPA) to fund housing to assist the homeless population and persons and families of extremely low, very low, and low income.” AB 146 would add to the powers of the JPA, formally “known as the Orange County Housing Finance Trust,” to “Enter into leases with the Department of Transportation.” Additionally, it amends the Streets and Highways Code to allow CalTrans to lease property “for purposes of an emergency shelter or feeding program.”

AB 148 was introduced by Quirk-Silva, and seems to be a companion to AB 139. It interjects into the Regional transportation plans: sustainable communities strategies additional requirements to identify “emergency shelter needs” and track progress towards meeting those needs.

SB 248 was introduced by State Senator Steve Glazer of Contra Costa County with Quirk-Silva as one of two principal co-authors. It would increase the renter’s tax credit and introduce regular increases indexed to the Consumer Price Index.

AB 816, California Flexible Housing Subsidy Pool Program, was introduced by Quirk-Silva with co-authors from both the state assembly and state senate. It will require a 2/3 majority to pass as it includes appropriations of $450million from the General Fund each year. The purpose, as explained by Quirk-Silva, is to alleviate the burden needing to repeatedly submit grant applications to fund “eligible activities including, among other things, rental assistance, operating subsidies in new and existing affordable or supportive housing units, and specified outreach services.” 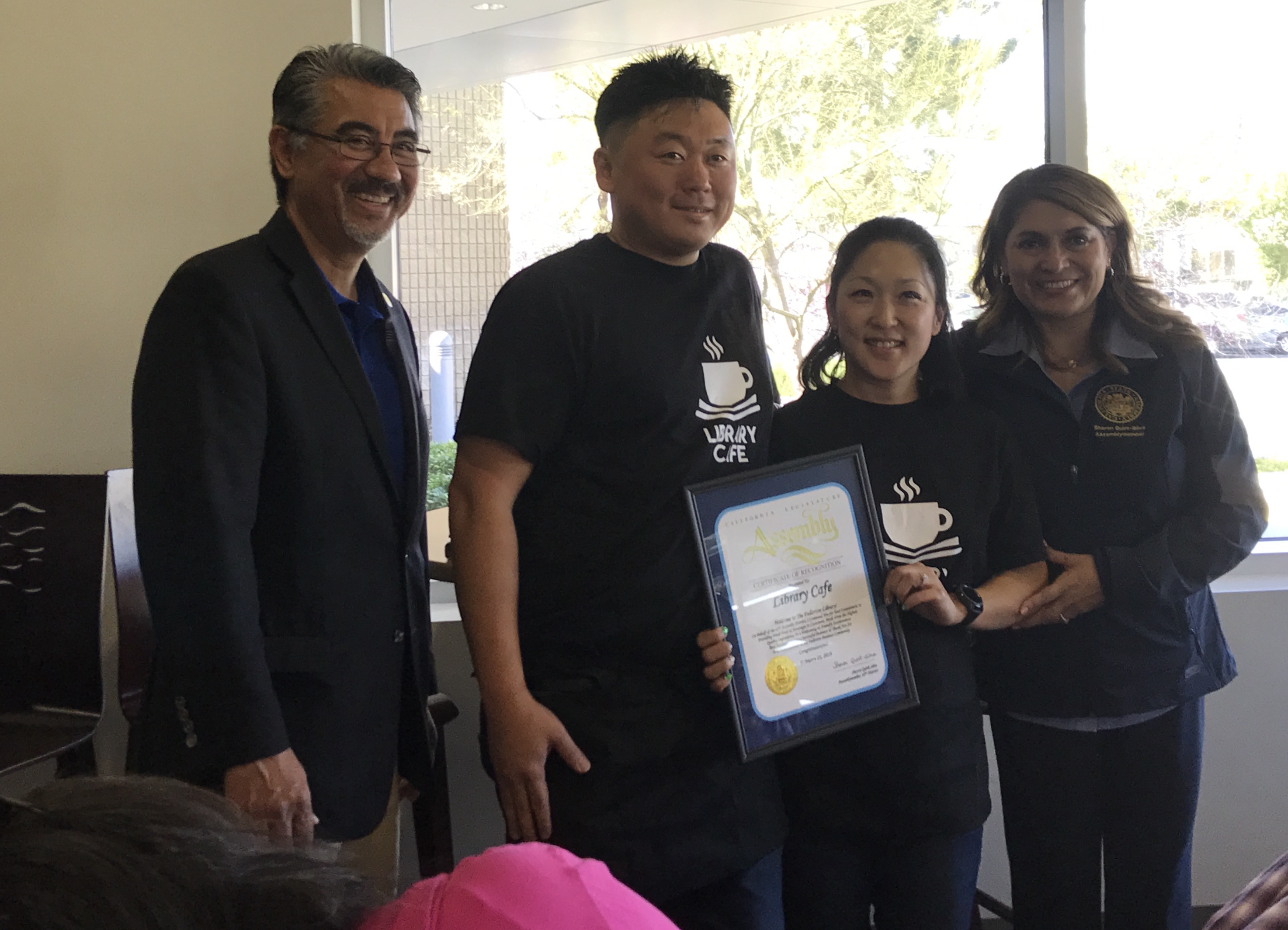 For help with services under the purview of the state, such as DMV, Medi-Cal, and other Constituent Services contact Assebmlymember Sharon Quirk-Silva’s office at (714) 521-6505. In May her office is moving to the Fullerton Towers where Congressperson Cisneros recently opened an office.