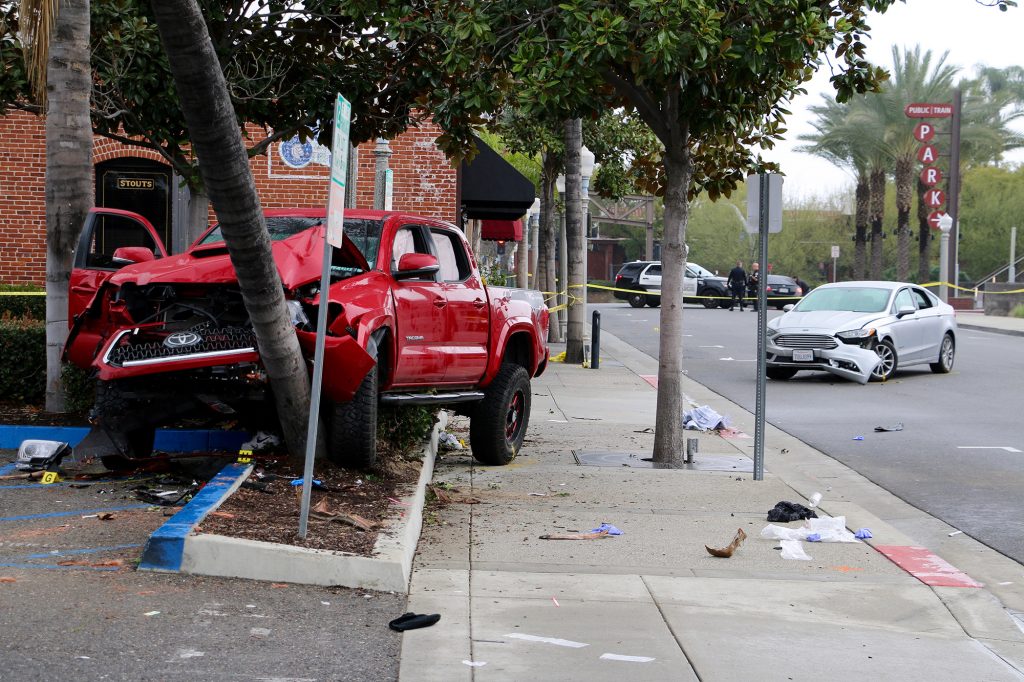 11 were injured when the truck jumped the curb after hitting several parked cars and came to a stop hitting a tree.

Christopher Solis, 23, of Anaheim, pleaded not guilty to all three charges filed against him in the accident where the Toyota truck he was driving jumped the curb and crashed into a tree in the Heroe’s parking lot on W. Santa Fe on February 10 at bar closing time.
The ten people hit by the vehicle, and the passenger in his vehicle, survived after being taken with moderate to serious injuries to local hospitals.
The OCDA added charges of hit and run because Solis did not stop the vehicle after hitting the first parked car in a series of three before the truck jumped the curb hitting the pedestrians and a tree. However Solis did not flee the scene of the crash, cooperated with police, and passed field sobriety tests.
According to Solis, he lost control of his vehicle after the airbags imploded when he sideswiped the first parked car. He said he was escaping some gang members who were hitting him through the window of his truck and trying to hijack the truck.
Charges of driving under the influence of marijuana were brought after tests showed Solis was not alcohol impaired. The determination that he was high on marijuana came from an expert opinion. No drugs or alcohol were found in the truck or on his person.
If convicted, Solis faces up to 24 years and eight months in state prison.
He is scheduled for a preliminary hearing in court on March 28.