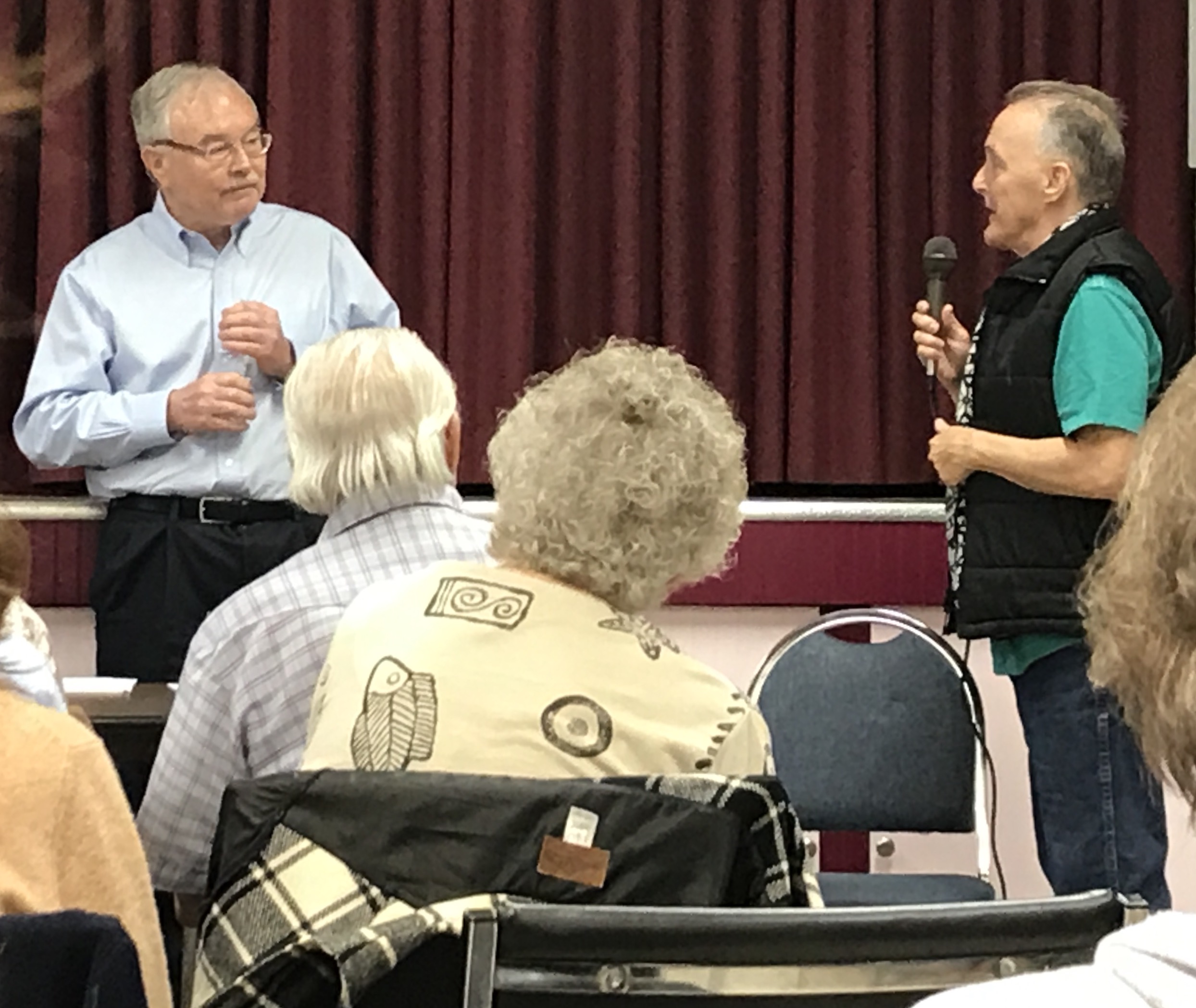 About 150 Fullerton and Anaheim residents of the Rancho La Paz Mobile Home Park met with the park’s owner, John Saunders, on April 5. Saunders said he made a “mistake” and apologized for not meeting with residents prior to imposing 45% to 55% rent increase on the mostly retired residents of the park.

After meeting with Anaheim’s Mayor, Harry Sidu, and 2 park residents representing the community, Saunders rescinded the rent increases until September 1 to allow time for he and residents to work-out a process to phase-in rent increases over the next 2 and a half years and to revise the 11 page rent subsidy application.

Saunders said the prior owners, the Richter Family Trust, had the benefit of inheriting the park and were able to keep the rents artificially low. But for him to pay expenses, such as the $63 million mortgage and $800,000 annual property tax bill on the park that he purchased for $85 million, including the vacant lot north of the park and the land leased by Ma’s Islamic Chinese Restaurant next to the park, he would have to raise their “below market rents.”

Saunders said he has no intention of “forcing” residents from the park. But many of the residents, who moved to the 55 plus senior housing community as an affordable option upon retiring, live on a fixed income and stated that they will not be able to afford to pay the rent increases. As a result, 33 of the 390 mobile homes in the park are for sale according to residents, though Saunders disputes the number of homes for sales in the park.

Residents told Saunders of the difficulties they were having selling their units. They said that Star Management, contracted by Saunders to manage the park, was not approving buyers and real estate agents were unable to get clarification from management as to what the monthly rental rates would be for new owners. Saunders promised, “I will make sure to straighten that out (the new rental rates within the park) today.” He suggested buyers may not be getting approved by Star for reasons other than not meeting the financial qualifications, but assured residents, “If Star is refusing somebody, I want to be sure its not happening.”

For residents who plan to stay and cannot afford higher rent, subsidy applications will be available. Because Saunders will bear the cost of the subsidies, the amount of the subsidy is not yet known and will be determined based upon the rent increases.

Saunders recognized that rent subsidies will need to be available for a “substantially higher” number of residents than the 12% anticipated in his initial plan. Subsidies will be available to applicants based on their income compared to the cost of rent, utilities and any monthly mortgage payment.

The current, unrevised application asked some questions that one resident described as, “none of your damn business.” Saunders said he “did not look at that form” but he defended the question about relatives’ income. If “a son has a lot of money,” he implied the son should subsidize the rent for his parent.

Vickie Talley from the Manufactured Home Educational Trust (MHET) and founder of Vickie Talley and Associates which “has extensive experience in closing mobile home parks,” as described on the firm’s website beside an image of a demolished mobile home park, will administer the subsidy program at Rancho La Paz. Residents of Rancho La Paz can get help completing the revised subsidy application, once it is available, as well as information about utility rate reductions available through the California Alternative Rates for Energy (CARE) program by contacting Talley at 657-204-6671. 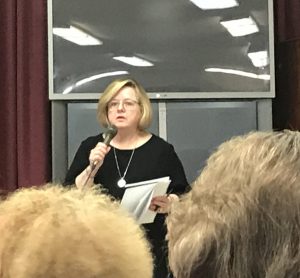 Despite Talley’s firm’s specialty, Saunders said he does not plan to close the park, unless there is rent control. He said he has not redeveloped any of the 3 parks he says he owns and runs. He also said that he will keep Rancho La Paz as a senior park “as long as I can get enough rent to cover expenses.”

April 15 residents will formalize a non-profit they are creating and will select a committee from among residents living in both the Anaheim and Fullerton sections of the park to negotiate with Saunders on behalf of all residents. Saunders said, “I can assure you it (the rent) will be less.” But then he explained that the less the increase is now, the greater it will be in the future.