At the June 4 meeting, Fullerton City Council voted 4-1 (Whitaker “no”) to approve a five year plan for water rate increases. The additional revenue will provide for operational expenses, annual replacement of nine miles of pipeline by 2023 as well as reservoir, well, and pump replacements and upgrades.

According to the staff report, “The future rates are designed to establish fiscal stability.”

A primary reason for the rate increases is the fact that over half of Fullerton’s 423 miles of water pipes are over 50 years old, and in need of replacement. It is estimated that there are over 100 water breaks a year in Fullerton, each of which costs $5,000-$20,000 to fix—often with a temporary patch, rather than a full pipe replacement. 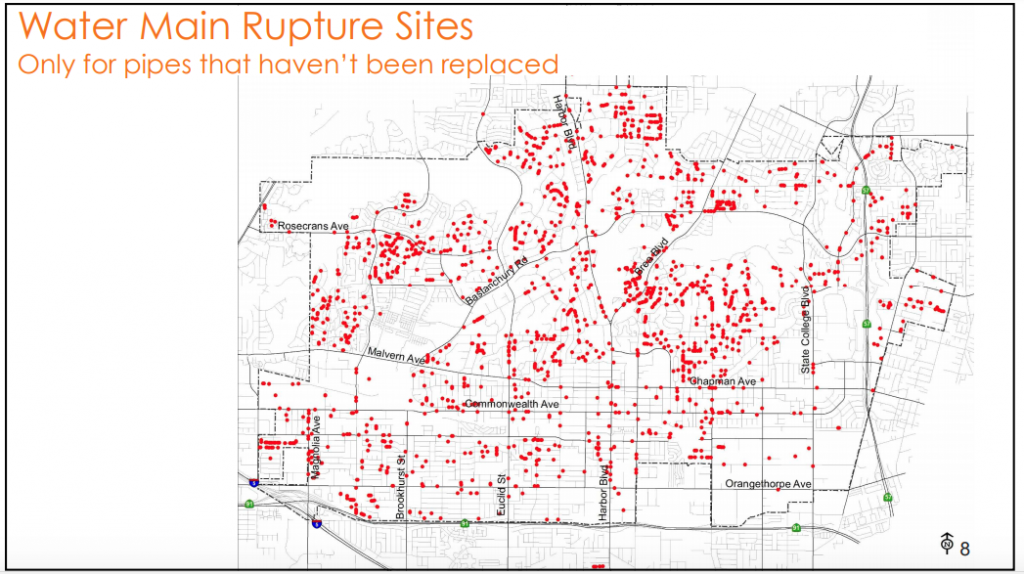 The new water rates are based on a study done by Stantec Consulting, and input from a Water Rate Study Ad Hoc Committee, all of whose meetings were open to the public.

Although rates will vary depending on the size of individual meters, the average annual rate increases are as follows:

The rate increase rely more on a “fixed” meter charge, based on the size of one’s water meter, than actual water usage, and in some cases this my actually result in rate reductions for some customers under the new system.

For example, the rate for a single family residential (SFR) customer with a 5/8” meter using 11,000 gallons of water a month will be adjusted in 2019 from the current $51.16 to a proposed $51.15, a reduction of 1 cent per month or 2 cents on a bi-monthly bill. The rate for a SFR customer with a 1” meter using 11,000 gallons per month will be adjusted from the current $54.12 per month to the proposed $66.38 per month. This is an increase of $12.26 per month or $24.52 on a bi-monthly bill. This is to ensure that there remain adequate revenues for water improvements even during drought seasons, and that the water system is able to operate at full capacity.

According to the consultant, “The proposed water rates were developed by a comprehensive cost-of-service analysis and are designed to meet the Water Utility’s revenue needs over the next five years.”

In accordance with Proposition 218, which requires giving the public proper notice of water rate increases, as well as a chance to protest them, City staff mailed

During public comment, about 12 residents spoke, mainly against the rate increases.

Fritz Von Coelln said that council should seek alternate sources of funding for infrastructure repair, such as issuing a bond.

A woman said that it is unfair for property owners with larger meters to be automatically be charged more, since property owners generally don’t choose the size of their meters.

A few residents asked why the city allowed its water infrastructure to deteriorate to its current condition, without proper repair and replacement of aging pipes.

Peggy San Roman said that the notification sent to residents looked like “junk mail” and was probably thrown away by many.

Adan Ortega, who is Fullerton’s representative on the board of the Metropolitan Water District spoke in favor of the rate increases, and said that a rate structure based on meter size is “not a rare thing.”

Mark Shapiro, who served on the Water Rate Ad Hoc Committee said, “The reason something hasn’t been done before is because the problem has been kicked down the road, by previous city councils who were unwilling to pay for this. Fullerton has had historically low water rates, and the price we paid for that was not replacing aging infrastructure. The system is falling apart. We need to get this done or we will be in trouble.” 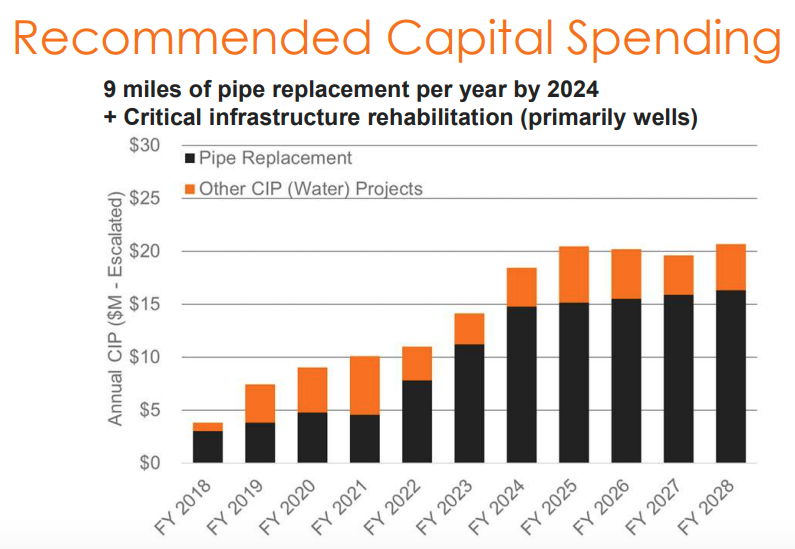 Council Member Flory, who voted for the rate increase, said she has had three major water breaks in her neighborhood in the past 12 months.

Flory, who has served on Fullerton City council for a total of 12 years, gave some historical context as to why the city has not raised rates. In 1994, when Flory was on council, they adopted a 2.6% utility tax that was meant to update infrastructure. In response, the three council members who voted for that tax were recalled by the voters.

“So for the next 25 years our infrastructure was not addressed by any member of the city council, and with good reason. They thought they would be recalled,” Flory said.

Mayor Silva, who also supported the rate increase laid out the problem quit simply, “We have to fix our pipes.”

Council Member Zahra, who also supported the rate increase, said “We have to pay our fair share to maintain the system. Not just for us, but for the future as well.”

Council Member Whitaker, who voted against the rate increases, said, “There’s no question that this city has short-changed its infrastructure for a long period of time. But for too long, council majorities have valued payrolls over pavement, pensions over pipe. And I’d like to see more of existing budget money steered in the direction of maintaining and replacing the infrastructure.”

The new rates will go into effect July 1st. 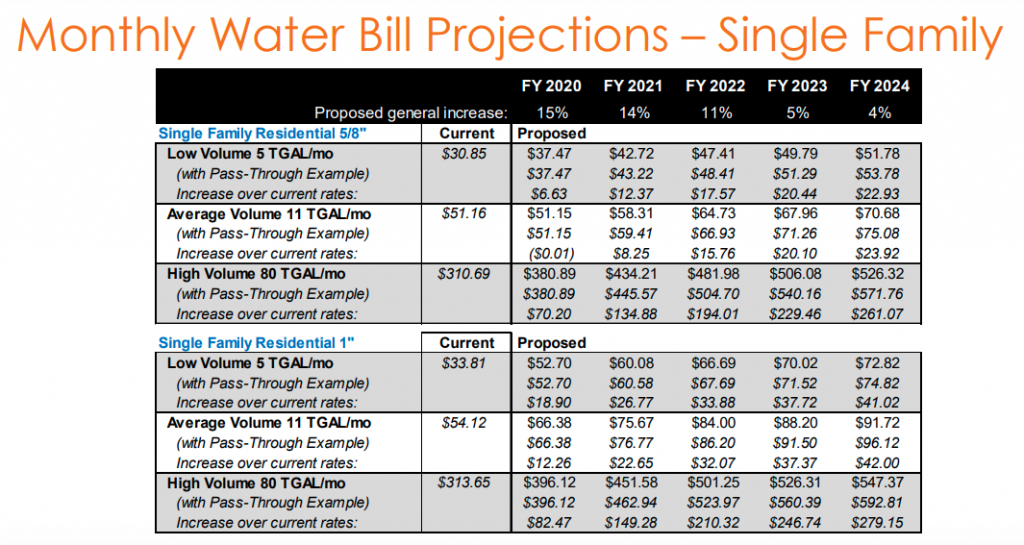