Around 10:30pm on Thursday June 6, a transformer at the Edison electrical power sub-station next to the Fullerton train station exploded several times and burst into flames, causing a massive temporary power outage in downtown Fullerton. 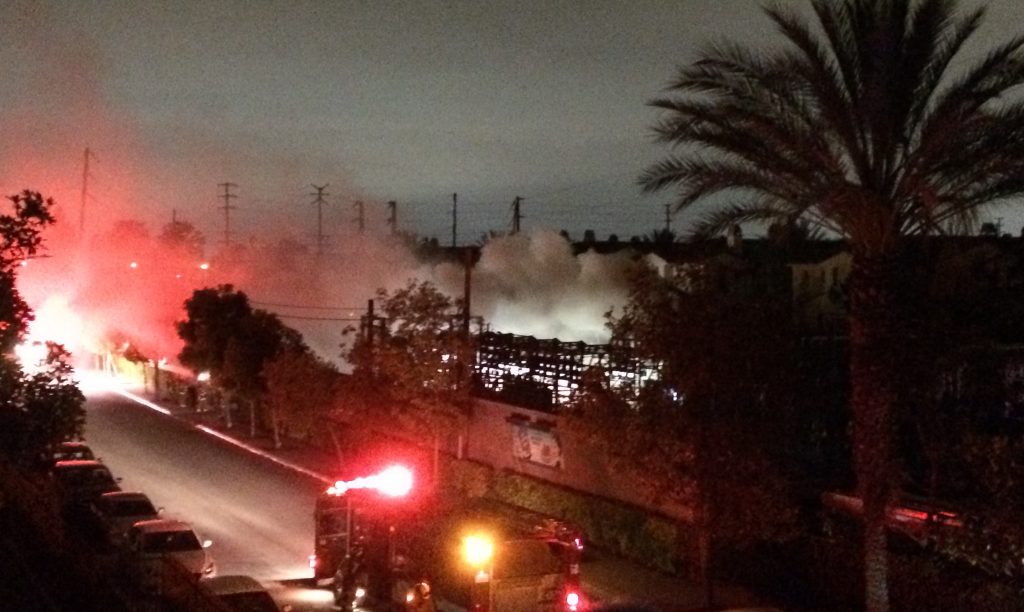 Firefighters and Edison employees work to put out the fire. Photo by Nima Kargar.

Fullerton fire, police, and Edison employees quickly responded to the scene and put the fire out. Residents of the nearby Soco Walk apartments were temporarily evacuated for safety reasons.

One resident who witnessed the event said there were a series of loud explosions followed by a large fire and smoke.

By around midnight, power had been re-routed and restored to downtown. Firefighters and Edison have yet to determine the cause of the explosion.