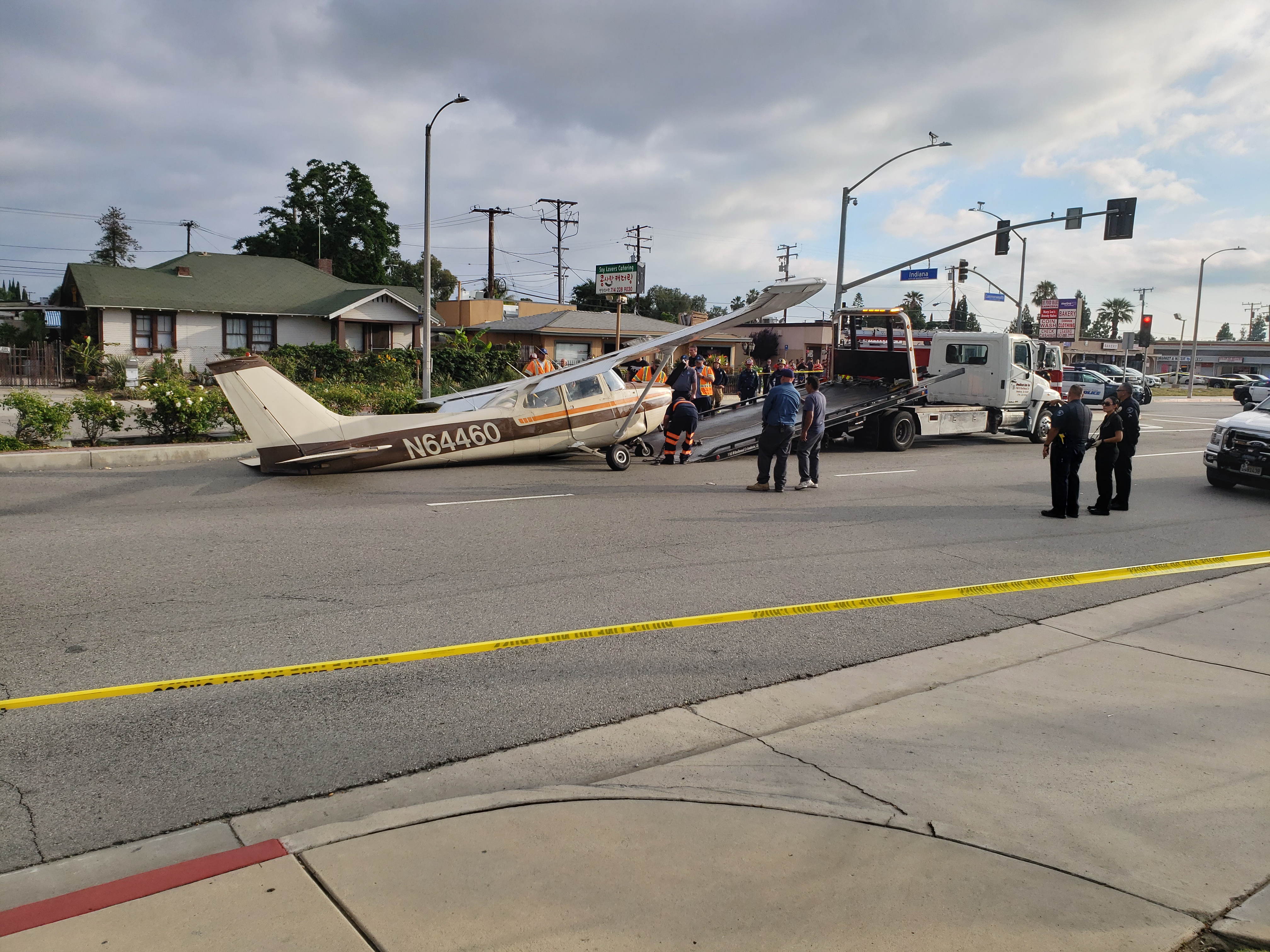 Buena Park Police including Public Information Officer Mike Lovchik, arrived first on the scene of a Cessna 172 reported down on Commonwealth at around 6pm, June 20th.
The aircraft made the emergency landing immediately after takeoff from Fullerton Airport. It landed just East of Indiana and Commonwealth heading west directly in line with the Fullerton runway. No one was injured.

A flight instructor taking a pilot on a checkride at Fullerton Airport averted a life-threatening situation when they were forced to make an off-airport emergency landing on the street directly after takeoff. No one was injured and the airplane suffered only moderate damage.

At about 5:15pm on Friday, June 20th, Certified Flight Instructor Benjamin Dennis was doing routine landing pattern work with his student when the Cessna 172M they were flying lost power on takeoff.

Richard Malluyo was working nearby and stated “I heard a gliding sound and all of a sudden I turned around and the plane was right there. It was pretty scary to have something so close to our building.”

This Cessna 172M was built in the 70s and has been nicknamed “The Moose” by a some renters. It is currently owned by Hess Garret, who owns Fun Outside Aviation. Also known as the Skyhawk, it seats four people with a passenger weight capacity of around 700 pounds with fuel tanks full. When the airplane touched down it was probably traveling near its stall speed of 49 mph. Mr.  Dennis was able to set the wing flaps down and minimize landing speed. Losing power on takeoff is considered  to be one of the most challenging situations and requires skill and quick action to avert loss of life in the plane and on the ground.

“Obviously planes landing on the street isn’t good for general aviation, but, you know, proper training kept us alive.” said Mr. Dennis. “I’m glad to be here and safe on the ground.”